Rising Artists: Fall in love this autumn with the season’s newest voices

Ascending artists are glowing amid the colorful fall foliage.

Whether it be via emotional pop ballads or raw, memorable string tunes, emerging artists are finding their autumn groove with eclectic singles and live performances. Read on for the Daily Bruin’s recommendations for inventive, ascending voices to look out for this quarter.

The British-Australian pop singer-songwriter is gearing up to co-headline a United States tour with fellow indie-pop artist Alfie Templeman, starting Nov. 7. Rising to prominence on TikTok from the popularity of his 2019 song “Clean Me Up,” Headon has since released three EPs – “The Greatest Hits,” “The Goodbye EP” and “Victoria.” Across these records, Headon employs catchy lyrics, funky instrumentals and vocals characteristic of an energetic bedroom-pop sound.

Headon’s discography features plenty of upbeat tracks such as “Strawberry Kisses,” “Loving You,” and “UrbanAngel1999,” which was recently featured in an episode of Netflix’s “Heartstopper.” The singer has also collaborated with other emerging artists in the indie music space, including Chloe Moriondo and Alfie Templeman on “Dizzy” as well as Lizzy McAlpine on “Bored.” Sticking to themes mainly relating to love, Headon’s tracks prove he is highly capable of creating rhythmically satisfying beats and soulful, emotion-filled vocals.

And because of that, Headon is sure to never leave fans “Bored.”

Reneé Rapp is translating her musical talents from the stage to the studio.

Best known for her portrayal of Regina George in the Broadway musical adaptation of “Mean Girls” and Leighton Murray in the HBO Max series “The Sex Lives of College Girls,” the actress is writing her own narrative as a singer-songwriter. In her forlorn piano singles, “Tattoos” and “In The Kitchen,” Rapp bares all as her effortless yet powerful belting carries her through the emotional turmoil of losing love.

Released Friday, Rapp’s latest single “Don’t Tell My Mom” features the 22-year-old at her most vulnerable as she laments over the existential pain she feels, made worse by not being able to confide in her mother. Beautifully lulling listeners with the pulsing beat of the keys, the track demonstrates her great potential as a pop balladist as she heartbreakingly sings, “So don’t tell my mom, I’m falling apart / She hurts when I hurt, my scars are her scars.”

As her versatility extends beyond acting, Rapp is sure to tattoo her name across listeners’ hearts.

Sudan Archives is remixing the past.

The violinist and singer-songwriter’s fascination with ethnomusicology serves as the driving force behind her honest, inventive style. Citing Sudanese fiddlers and West African orchestral styles as some of her key musical inspirations, the alt-R&B artist combines these traditional strumming patterns with modern hip hop and rock electronica in her 2019 album “Athena” and her most recent release “Natural Brown Prom Queen.”

Filled with powerfully pulsing, eclectic instrumentals, the 18-track September record features songs such as “Selfish Soul,” in which the artist’s signature style shines through as echoing, inviting vocals elegantly intermingle with catchy production and exultant string melodies. Alongside consistent percussion listeners can bop their heads to, Sudan Archives’ suave tone supplements the affirming anthem as she coolly belts, “I don’t want no struggles, I don’t want no fears.”

Deftly charting her own style, Sudan Archives will soon claim her natural right to the musical throne.

Inhaler is a breath of fresh air.

Composed of Elijah Hewson, Robert Keating, Josh Jenkinson and Ryan McMahon, the Irish rock group offers a youthful, modern interpretation of both classic rock and 2000s grunge. Released in July 2021, the band’s debut album “It Won’t Always Be Like This” includes fast-paced, vulnerable punk compositions such as “My Honest Face” and “When It Breaks,” thematically rooted in desperately reviving and maintaining a tumultuous relationship.

Since then, the group has released subsequent singles including its celebratory summer ballad “These Are The Days.” On the elevating, anthemic track, raw and impassioned vocals from Hewson are heavily reminiscent of his father, U2 frontman Bono. Hopeful drumming and euphoric Springsteen-esque guitar melodies come together to create timeless-feeling instrumentals. In October, the band will close out its 2022 tour with several United Kingdom performances before opening for Harry Styles’ 2023 Ireland “Love on Tour” date.

Seizing the last days of its 2022 tour, Inhaler is sure to break through the white noise.

Juliana Madrid no longer has to play pretend.

The Dallas-based singer is currently touring with dance music group The Knocks after releasing her self-titled EP in August. The record intimately reveals Madrid at her most confessional, sharing her deeply personal sentiments regarding her visceral descriptions of love – all set to uplifting bedroom-pop instrumentals.

Featured in the soundtrack of Netflix’s latest high school comedy, “Do Revenge,” Madrid’s feathery head voice soars in breakout single “Pretend.” Throughout the track, the artist takes listeners on a cinematic ride with a cascade of chill pop chords, bravely vocalizing her trust in the adrenaline of falling in love with a stranger for the night.

With her diaristic lyrics and dulcet tones, Madrid is soon to fit listeners’ particular tastes. 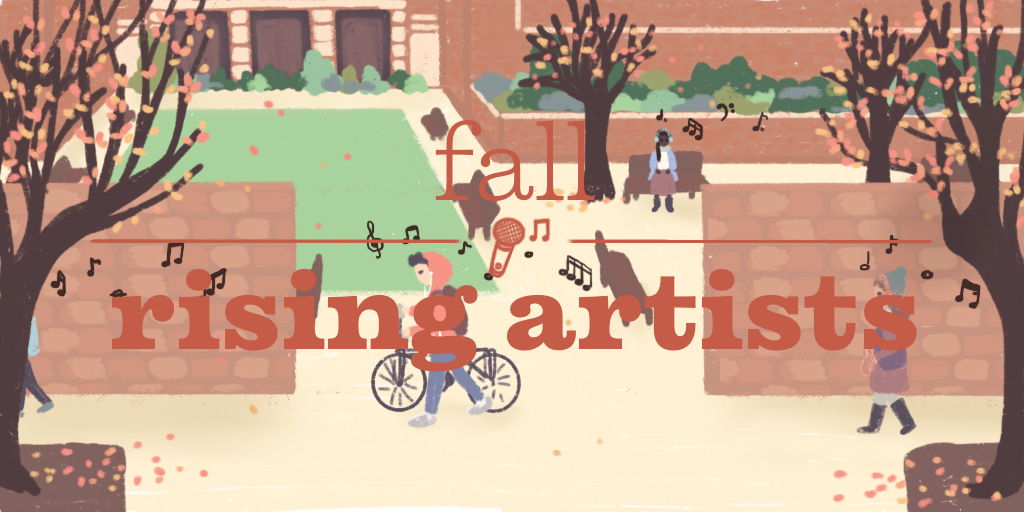