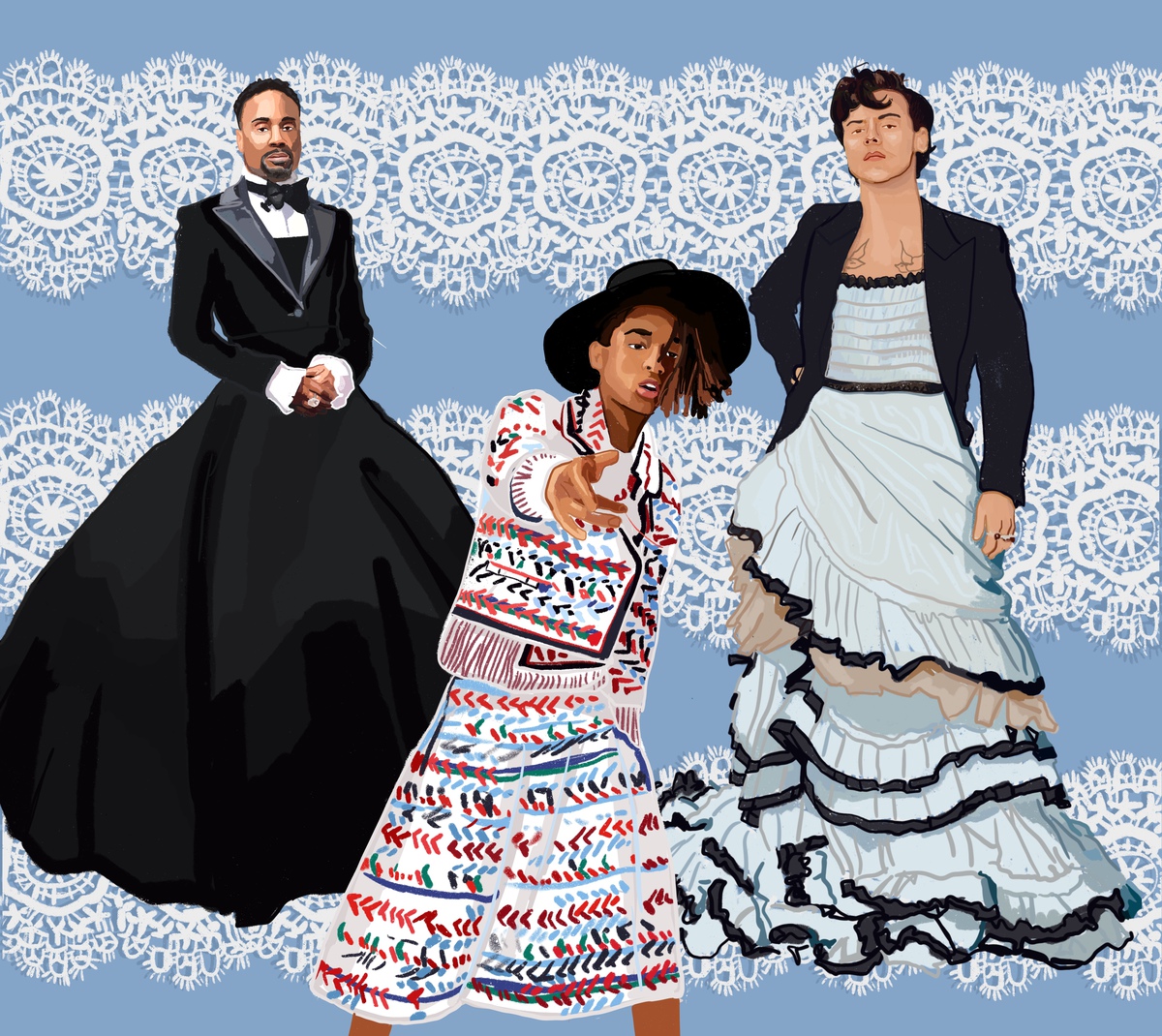 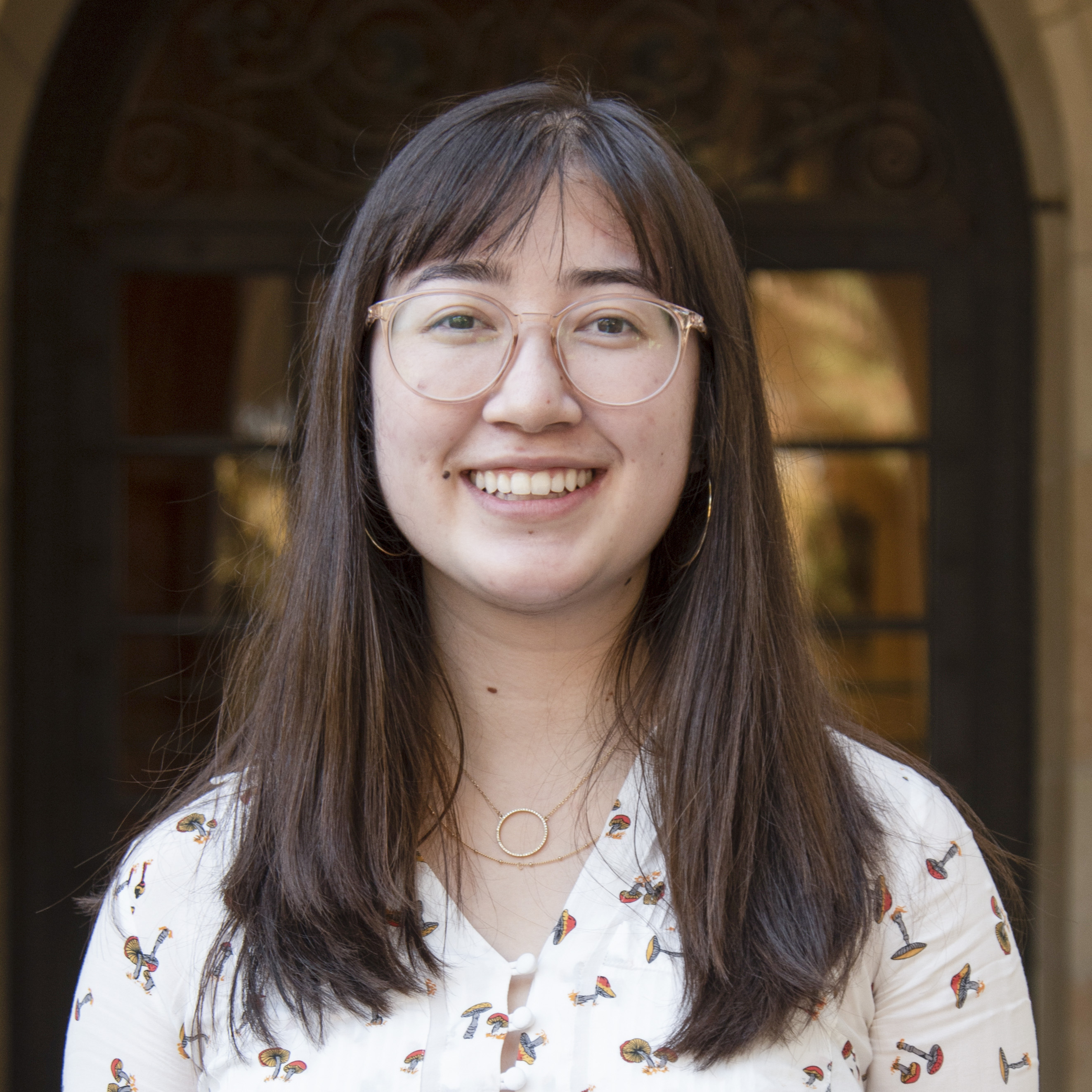 Harry Styles treads a fine line between pushing gender boundaries and erasing the narratives of artists of color and the LGBTQ+ community.

Clad in a Gucci gown, Styles’ appearance in December’s Vogue issue debuted Nov. 13, making him the first solo male to grace the magazine’s cover in the publication’s 128 year history. The images from the feature took the internet by storm – Styles’ Instagram post about the cover now has more than 6 million likes. But while his cover story is historic, his choice to wear skirts and dresses is not.

Styles is no stranger to pushing the gender binary of fashion. He regularly wears nail polish and suits designed for women, and he previously modeled a dress for a feature article in the Guardian. With pearl earrings and necklaces among his array of accessories, Styles is not performative or disingenuous about his gender-fluid style. Rather, his fashion choices emphasize his confidence and comfort in clothing over the stringent rules of the gender binary, and the pop star should be commended for his effort to challenge traditional ideas of masculinity.

However, Styles should neither be considered the face of gender-fluid clothing nor should he be labeled the revolutionary that Gucci’s creative director Alessandro Michele describes him as. Styles may push boundaries, but his Vogue cover overshadows the people of color and transgender individuals who broke gender norms long before he did.

As a white, cisgender man, Styles has an undeniable privilege to publicly wear dresses at his own discretion. While he is credited as progressive and innovative by pop culture, transgender and gender-nonconforming individuals receive little praise for their everyday use of gender-fluid clothing. For much of history, anti-cross-dressing laws have targeted LGBTQ+ individuals for expressing their gender identity through clothing. Today, Styles is able to adopt gender fluidity in his personal style because of the work of the LGBTQ+ community to normalize unconventional gender aesthetics. Styles’ fashion sense is a step toward the normalization of gender-fluid clothing, but his place on the Vogue cover is a reminder of his privilege to safely and comfortably wear feminine clothing.

While Styles is being celebrated as a male artist who openly defies gender norms, he is yet again not the first to do so. Prince, Kurt Cobain and David Bowie broke down fashion barriers long before him with androgynous and often flamboyant outfits. Jared Leto, Kanye West and Pharrell Williams have all donned skirts at red carpet events, concerts and in magazine spreads, respectively. And even now, contemporaries like Bad Bunny and Lil Nas X are also reimagining the gender associations of clothing by wearing avant-garde pieces and drag ensembles.

Among the numerous male celebrities experimenting with fashion, Billy Porter is one of the most notable pioneers of gender-fluid clothing. In the past decade, Porter has worn dresses and skirts to multiple red carpet events. Most recently at the 2019 Oscars, Porter played on the tropes of traditional menswear with a tuxedo ballgown by Christian Siriano. Over the course of his career, Porter’s daring fashion choices have garnered countless headlines and have opened conversations about society’s conformance to gendered clothing.

Similarly, Jaden Smith has received widespread media attention for his efforts to redefine gender norms. In 2016, Smith wore a skirt in a Louis Vuitton advertisement, garnering mixed reactions from the public. In response to critics, Smith defended his clothing choices in a Tweet stating, “If I Wanna Wear A Dress, Then I Will.” Smith has been defying conventional gender boundaries since his time in high school, having worn a skirt to his high school prom. Since then, he has also started his own gender-neutral clothing line, MSFTSrep, with the intention to destigmatize gender-fluid fashion.

Both Smith and Porter exhibit consistent efforts to normalize feminine clothing on men, even putting their reputations on the line to do so. But Vogue’s choice of Styles to represent the growing wave of gender-neutral and gender-fluid clothing reaffirms the popular trend of showering white male celebrities with praise while blatantly ignoring the BIPOC and LGBTQ+ celebrities who do the same. With trends like “Twitter’s white boy of the month,” white male celebrities are placed on a pedestal for merely being conventionally attractive. Meanwhile, there are no Twitter trends or widespread public idealization for male celebrities of color that parallel the appreciation white male celebrities receive.

However, Styles himself should not be blamed for Vogue’s oversight. Rather, the misogyny, transphobia and racism within the fashion industry and pop culture at large are at fault for the glorification of white creators and the continual neglect of minority groups. Backlash from Styles’ cover by conservative commentators like Candace Owens and Ben Shapiro underscore the stigma against gender-fluid clothing and effeminate styles on men, both of which are still often perceived by critics as an attack on traditional notions of masculinity. Styles’ clothing choices challenge the ideas of conformity and the gender binary – and he deserves recognition for his efforts.

But even so, the December issue of Vogue underlines the disregard for celebrities of color as well as the transgender and gender-nonconforming community who established the gender-fluid clothing trend. So when a high-profile celebrity like Styles is praised for his courageousness in how he dresses, it is important to highlight the minority groups that paved the way for him. Styles’ Vogue cover marks an important step in the right direction, but future publications must strive to achieve greater representation of gender nonconformity.

Styles may be a sign of changing times, but celebrities of color and the LGBTQ+ community deserve the spotlight too.