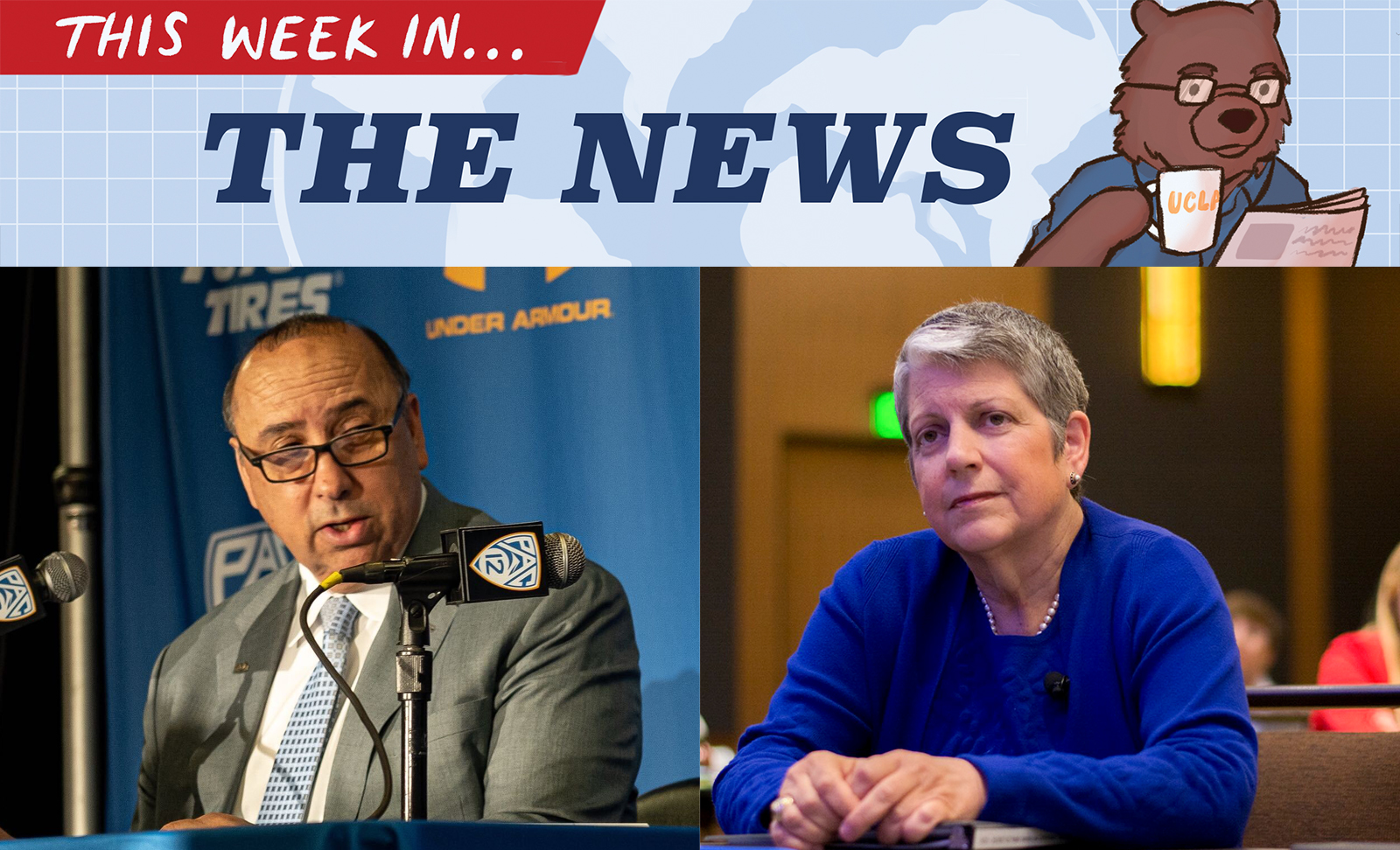 Correction: The original version of this article incorrectly stated Dan Guerrero's contract expired December 2019. In fact, it will expire June 2020.

With the seventh week of remote learning now behind us, UCLA students and faculty are not only preparing for finals but also are trying to determine what the future of online learning will look like. From changes to admission requirements to summer session C adjustments, The Quad is reviewing some of this week’s most newsworthy events and changes.

In a proposal released Monday, University of California President Janet Napolitano advised the suspension of the SAT and ACT as admissions requirements until 2024.

These standardized tests will remain optional in the admissions process through 2022, but will be eliminated by 2024. In the meantime, the UC plans to develop a test that better reflects its values.

The UC Board of Regents is set to vote on Napolitano’s recent proposal May 21. However, it is hard to tell what will happen, given that past efforts to completely suspend the use of standardized testing in admissions have been voted down.

For now, it has been officially decided that students applying for fall quarter will not be required to submit their SAT or ACT scores as a result of the coronavirus pandemic.

University officials announced Monday that summer session C – set to start Aug. 3 and end Sept. 11 – will be held online as a result of COVID-19.

In an email to students, Executive Vice Chancellor and Provost Emily Carter and Vice Provost and Dean of Undergraduate Education Patricia Turner said that UCLA is still considering offering some programs in-person.

However, per the email, students should expect to receive instruction online unless otherwise stated by their department.

It was announced May 7 that UCLA Athletics Director Dan Guerrero was elected president of the U.S. International University Sports Federation.

Guerrero’s term will begin July 1 and will last through 2024. Guerrero was set to retire June 30 after 18 years in his position as UCLA Athletics director.

Guerrero has experience in USIUSF not only as a previous vice president, but also as an athlete who competed in past USIUSF tournaments.

The athletics director brought the Bruins 32 NCAA championships from 15 different sports in his 18 years at UCLA. Guerrero has also been named NACDA Under Armour Athletic Director of the Year three times.

The Ballet Company at UCLA, founded by Ada Chung, Ying Xuan Chua and Moe Kawakami, has been holding intermediate-level ballet workshops over Zoom this quarter. The three founders hope to foster an inclusive and supportive environment for dancers of all skill levels in their online workshops, Kawakami said.

The company’s aim is to hold workshops that best connect dancers with their bodies and allow for dancers to complete exercises with flexibility, Chua said.

Even though workshops have been held virtually, attendance has been heartwarming, Chua said. Additionally, according to Chung, the Ballet Company at UCLA has managed to build a strong community.

In the future, and upon returning to campus, the Ballet Company at UCLA aims to host more workshops throughout the year and showcase its work in a recital every spring.

The voter turnout at this year’s Undergraduate Students Association Council election saw an increase from 16.18% last year to 30.06% this year.

In addition to this increase in voter turnout, the number of competing candidates also spiked from 16 to 30 for 15 positions.

USA Elections Board Chair Navi Sidhu said in the article that the presence of referendums on this year’s ballot is likely to have increased voter turnout. Additionally, the election board gave out $15,000 worth of gift cards to students who voted in an effort to increase engagement.

A 30% voter turnout is a good place to start, according to incoming USAC President Naomi Riley. However, Riley also said the voter turnout displayed the need for USAC to focus on its accessibility and transparency to students.

Yet, with the election process conducted online as a result of the coronavirus pandemic, USAC faced newfound technological challenges. Not only were there more sanctions related to campaign violations, but also candidates faced increased online hate speech.

Riley said that she encountered overt discrimination and harassment online. But, Riley said her campaign managed to step away from the online toxicity, and her council sworn into office Tuesday.