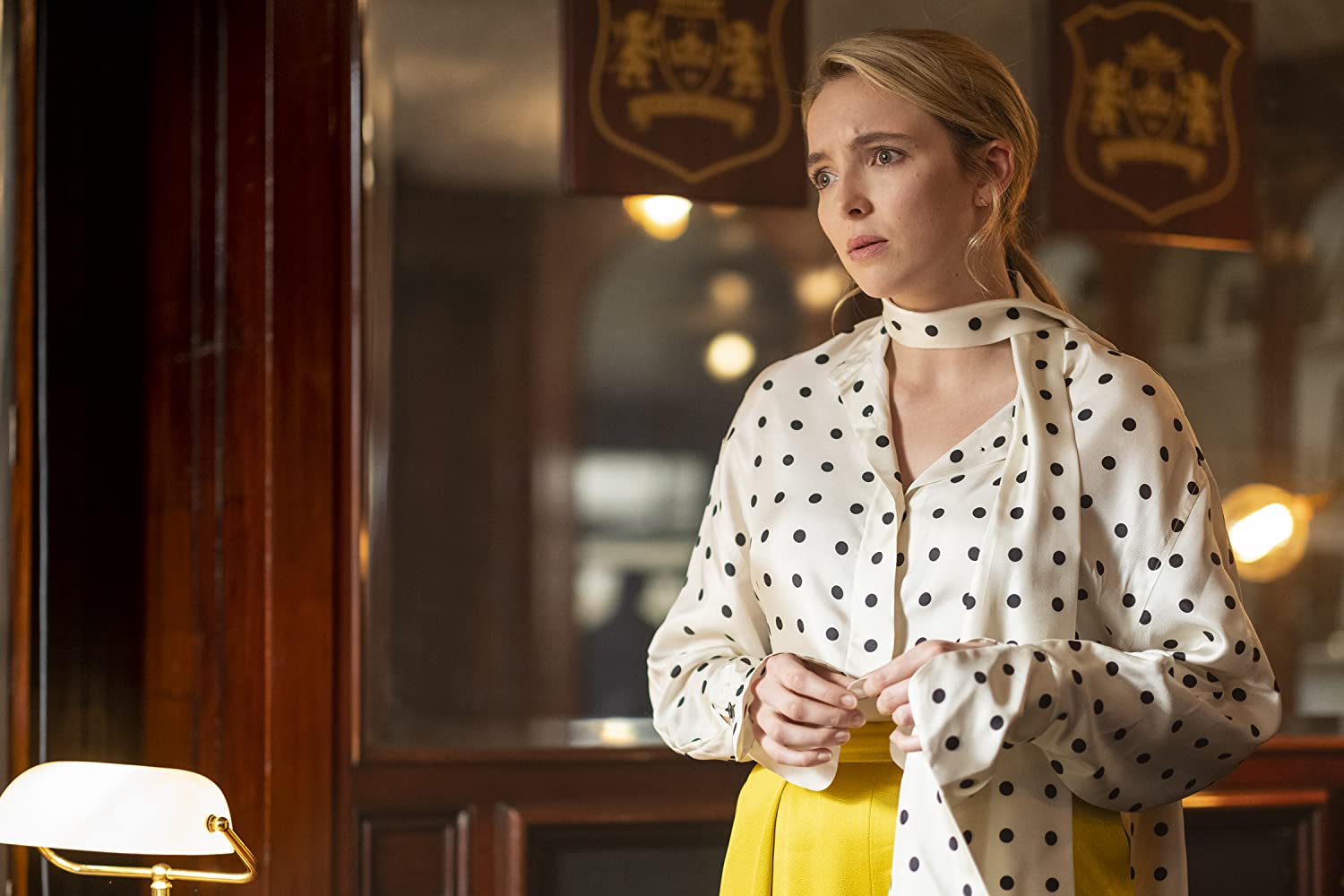 In “Meetings Have Biscuits,” Martens’ character development marks the shift of the show from the seemingly untouchable actor-driven vehicle into a more sophisticated examination of the human experience. For the past two seasons, Carolyn (Fiona Shaw) was covered in a layer of dust, and finally, someone had the sense to blow it off her. If the first two episodes of season three appeared to be crafted by a writer’s room tearing through the plot entrails left behind by the previous season, Sunday’s episode was a proclamation of character and confidence. “Killing Eve” finally got a grip on a new plot – and it’s a good one.

Eve (Sandra Oh) has finally made her triumphant return to her inquisitive self, investigating the death of Kenny Stowton and new activity from The Twelve – an international association of assassins. But more importantly, after two entire seasons of witty quips and only a glimpse at past relationships, Carolyn has been fully fleshed out and literally laid bare, first as she takes a meeting from her bathtub and again when getting dressed for a date.

Each time, she grows more aware of her vulnerability, a refreshing change of pace from her previous unpenetrable demeanor. Carolyn is exposed – she is no longer present just to laugh at, but rather to be a main character.

Moreover, the episode’s focus on Carolyn’s background provides a depth of personality while maintaining her cold temperament. In a stylistic cut reminiscent of 1970s detective television, commentary from Villanelle, who is a psychopath, on the joyous reunion of an infant girl and her widowed father is followed shortly by a long and unflinching shot of Carolyn stiffly accepting the embrace of her daughter, Geraldine (Gemma Whelan). The transition paints Carolyn as only a slightly more empathic counterpart to Villanelle. It’s the period on the end of a sentence that’s been written for the first 35 minutes – Carolyn’s intrapersonal relationships aren’t quirky, they’re dysfunctional.

Not since early on in season two has Carolyn been so scrutinized for her emotional attachments – or rather the lack thereof – and never has she been blatantly held accountable for her parental shortcomings. But even under an unflinching microscope, Carolyn is forgiven. In a triumphant harmony of smart blocking, well-paced music supervision and a meticulous series of jump-cuts, Carolyn appears to be dead for half a minute, forcing momentary reconciliation with her character flaws.

Carolyn’s role as a parent is truly and fully questioned, breathing much needed fresh air into the series. Despite the familiarity of a death-by-Villanelle opening scene, this episode stands as an assertion that the style of “Killing Eve” has shifted to find its footing, not in the previously established murder-of-the-week formula, but with an exploration of themes driven by character study. “Meetings Have Biscuits” questions the role parents play in their children’s lives and the answer is tactfully sought through the portrait of a stone-cold woman in mourning.

While thematic and investigative at its core, there’s still plenty of the trademark “Killing Eve” camp packed into the hour. In what can only be described as a Jane Austen novel filtered through the mind of David Fincher, the opening sequence finds Villanelle dressed casually yet carefully in an Andalusian villa, tuning a piano of all things.

Two virtuosic deaths and one crying baby later, the camera lands on Carolyn taking a bath next to her sheepish bag man Mo (Raj Bajaj). Add in a code cracked via Rubik’s Cube, a monologue in a perfumery, a fake blind date and a rogue husband, and suddenly the long-awaited first kiss between Eve and Villanelle feels like merely another proceeding in the universe of “Killing Eve.” This diffusion of monumental plot points and heightened emphasis on character steers the series away from a junior slump.

In sum, the episode asked the right dramatic questions and gave answers to only some of them, moving the series urgently into the next episode with unprecedented momentum. Loose ends do remain, however. The sudden appearance of Carolyn Martens’ daughter is still inexplicable, and why The Twelve exists at all is ultimately confusing. But amid its chaotic opulence, the essence of the show has finally surfaced and the canvases for future episodes have a new frame on which to hang.

Even with a palpable shift in tone, the reinvigorated protagonist, the matriarch made resolute and the emotional seed planted in the impossibly empathetic psychopath made this episode quintessential “Killing Eve.”