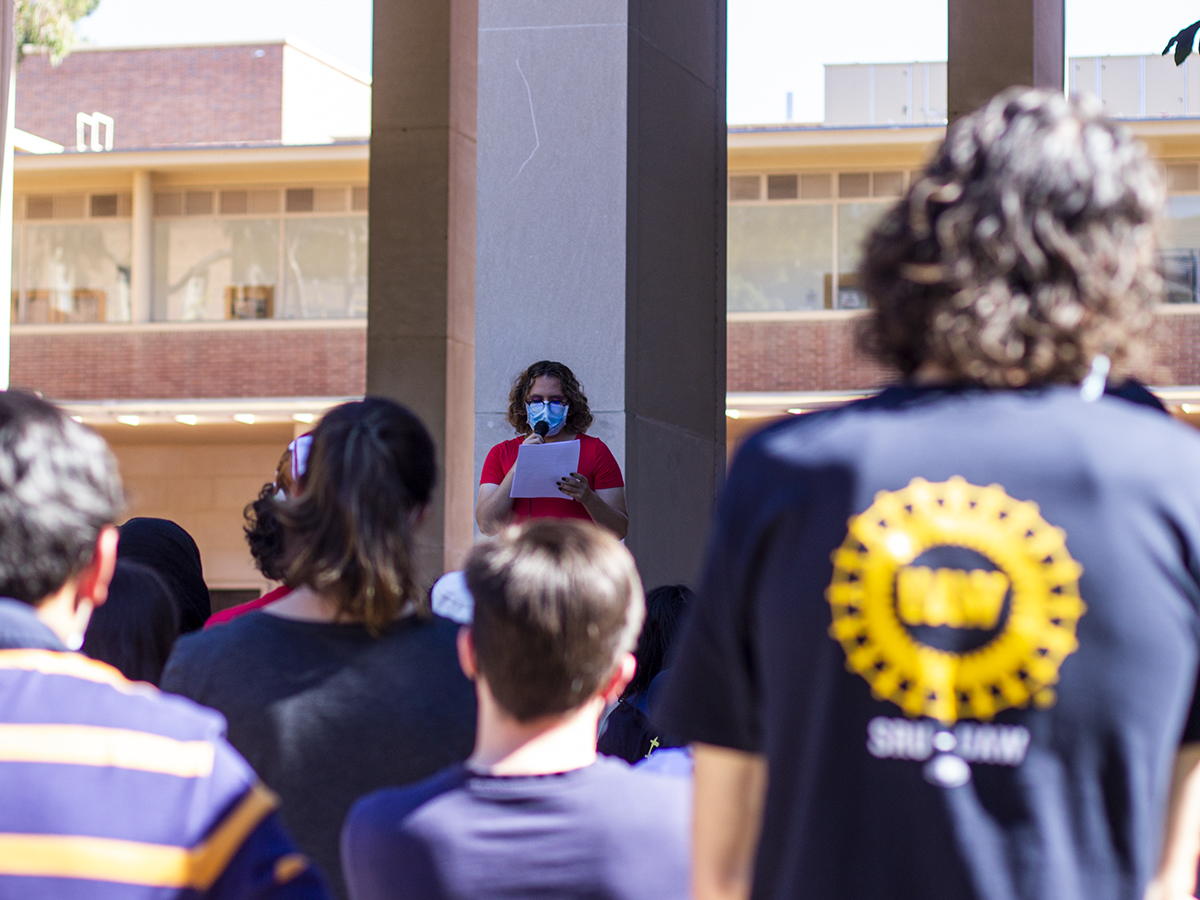 Natalie Moncada, a molecular, cellular and integrative physiology doctoral student, spoke at the rally about their experiences as a graduate student researcher. (Ariana Fadel/Daily Bruin staff)

By Saumya Gupta and Christine Tran

More than 200 supporters for Student Researchers United-United Auto Workers gathered at noon, when speakers spoke about the UC’s stance on fellows and trainees and its ongoing contract negotiations with other UC worker unions. SRU-UAW rallies occurred at all UC campuses Thursday except at UC Santa Cruz, which held a rally Tuesday.

The UC claimed to recognize the union Sept. 2 but sought to exclude fellows and trainees from union enrollment, arguing that those who receive external funding from traineeship and fellowship grants do not qualify as employees under the Higher Education Employer-Employee Relations Act.

The California Public Employment Relations Board filed a letter Sept. 8 stating that partial union recognition is not allowed and considered the UC’s response as a complete denial of recognition.

The UC is in ongoing discussions regarding the composition of a new bargaining unit, said Ryan King, a UC Office of the President spokesperson, in an emailed statement. He added that the UC recognizes a majority of the graduate student researchers in the union and hopes to resolve discussions soon so negotiations can begin.

“However, there are differences in perspectives between UC and the UAW regarding other individuals included in the petition who are not University employees as defined by the Higher Education Employer-Employee Relations Act,” King said.

Zeena Rivera, a neuroscience doctoral student, said in their speech at the rally that in the UC’s latest response to PERB, the UC claimed that fellowship grants are gifts to graduate students toward completing their education, and the student researcher union is not in line with the UC’s mission of graduate education.

“We can see the UC’s words for what they are – a distortion of our actual working conditions,” Rivera said. “An attempt to bust our union and to keep us from getting the living wages, benefits and workplace protections that we all need and deserve.”

The crowd marched to Murphy Hall after the speeches, chanting, “Who are we? SRU,” and “What’s disgusting? Union busting. What’s appalling? UC stalling.” SRU-UAW representatives intended on handing a letter to Chancellor Gene Block to urge the UC to recognize the union. However, Block was not in Murphy Hall at the time. The rally ended soon after at 1 p.m.

Rivera added that it is disheartening to see the UC trying to exclude fellows from the union.

“It’s maddening because there is no true difference between what I do as a National Science Foundation Graduate Research fellow, as opposed to any of my colleagues,” Rivera said. “We’re all working toward doing good science (and) doing good research.”

Nick Geiser, a physics doctoral student researcher, said the UC has refused to come to the negotiating table to begin bargaining, and now union members are voting whether they should authorize a strike.

The union has so far received support from other UC labor unions and politicians across California.

Rep. Katie Porter and 30 other members of Congress sent a letter Tuesday to UC President Michael Drake urging the UC to immediately recognize the union, including fellows and trainees.

“Student Researchers are essential drivers of the University of California’s research mission,” the letter said. “Their hard work and dedication is a major reason why the school system received $3.7 billion in federal research contracts and grant revenue in fiscal year 2020.”

Natalie Moncada, a molecular, cellular and integrative physiology doctoral student, said they are hopeful that the representatives’ support will push the UC to begin negotiations with the SRU-UAW.

She added that UAW Local 5810 sent a letter containing signatures of postdoctoral students who support SRU-UAW’s recognition to the divisional teams.

It is important for working people to have their own voices in the workplace, said Tom Yau, a molecular biology lab assistant and member of UPTE.

“This is what democracy is all about. It’s about men and women changing their own environments,” Yau said. “If working people don’t work together and demand better working conditions or even run their own workplaces, … we’ll just be crushed.”

Multiple unions representing lecturers, librarians, postdoctoral students and teaching assistants are currently or will soon be negotiating their contracts with the UC, Geiser added.

“It’s a really powerful time,” he said. “All together, we’re going to have a lot of power as labor on campus to make demands from the UC.” 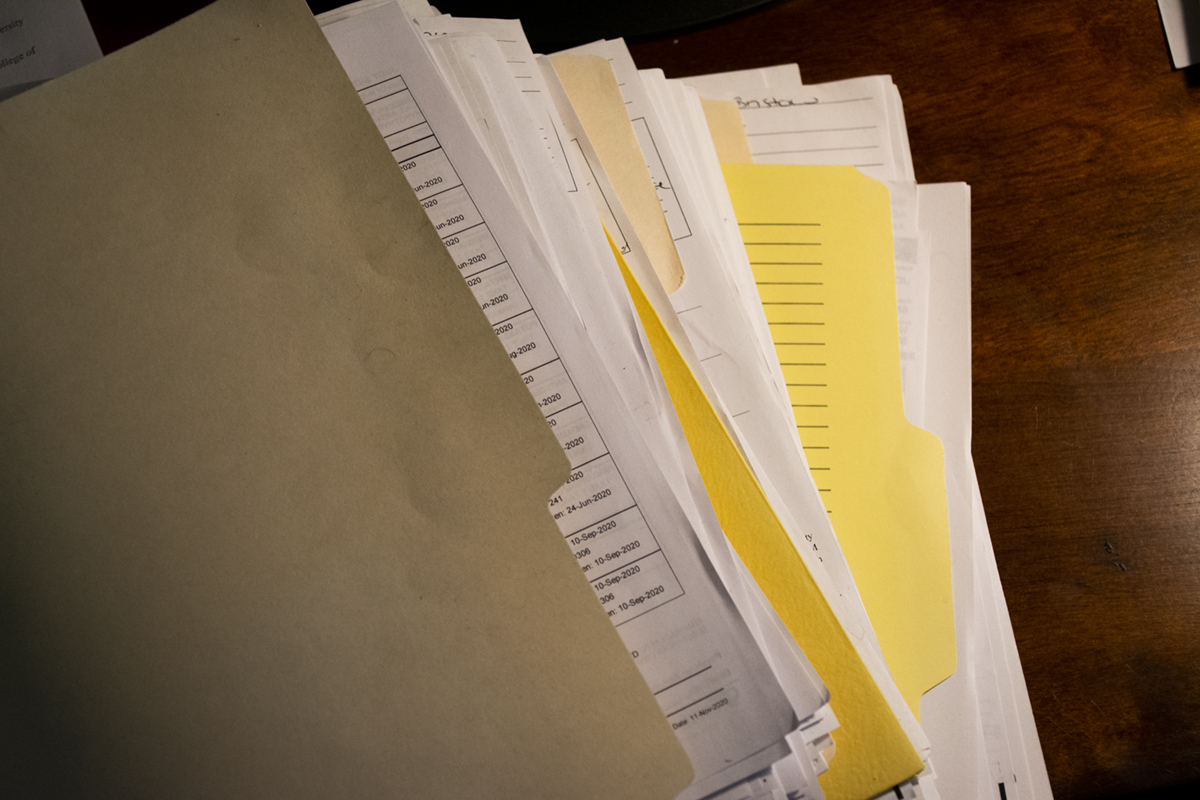 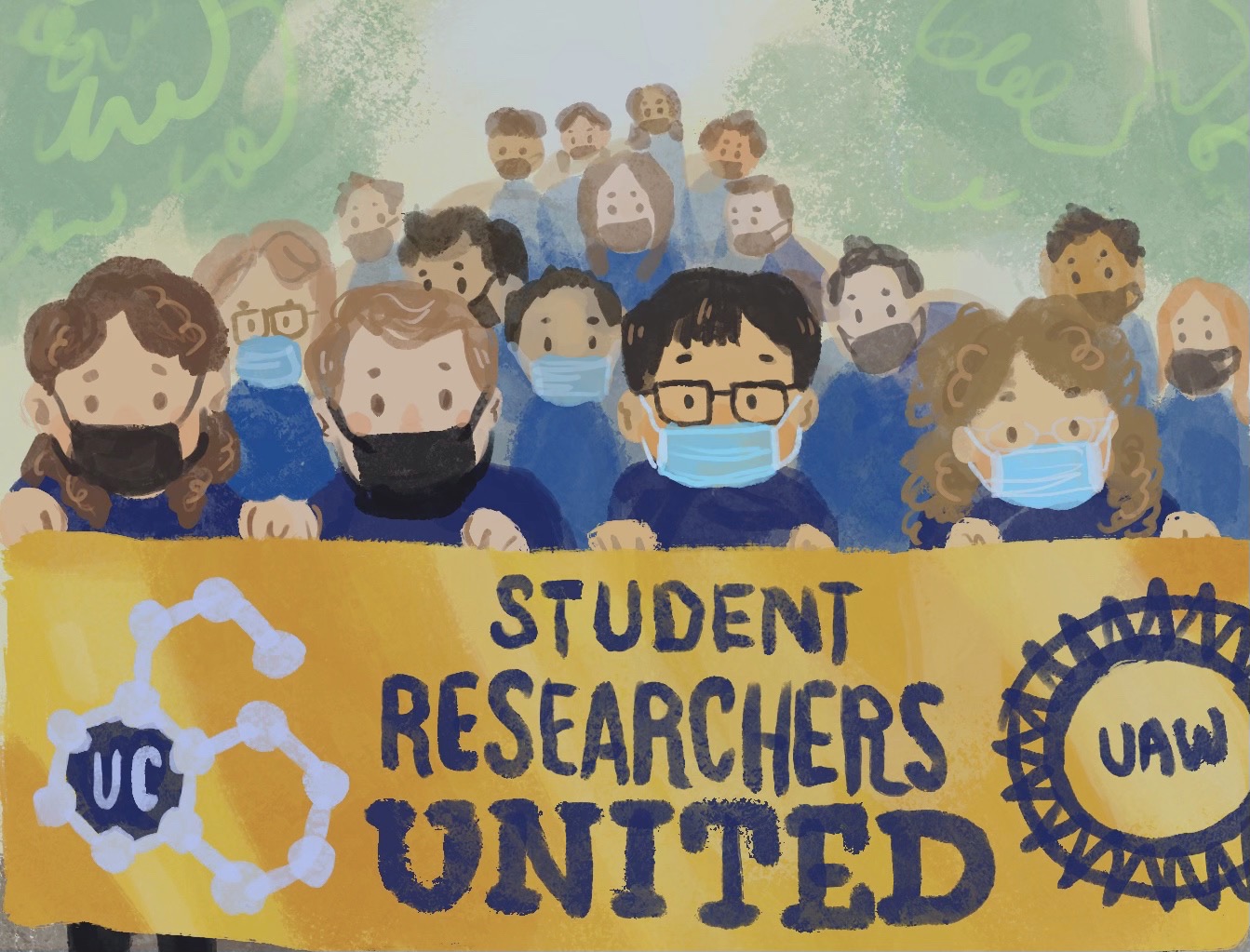 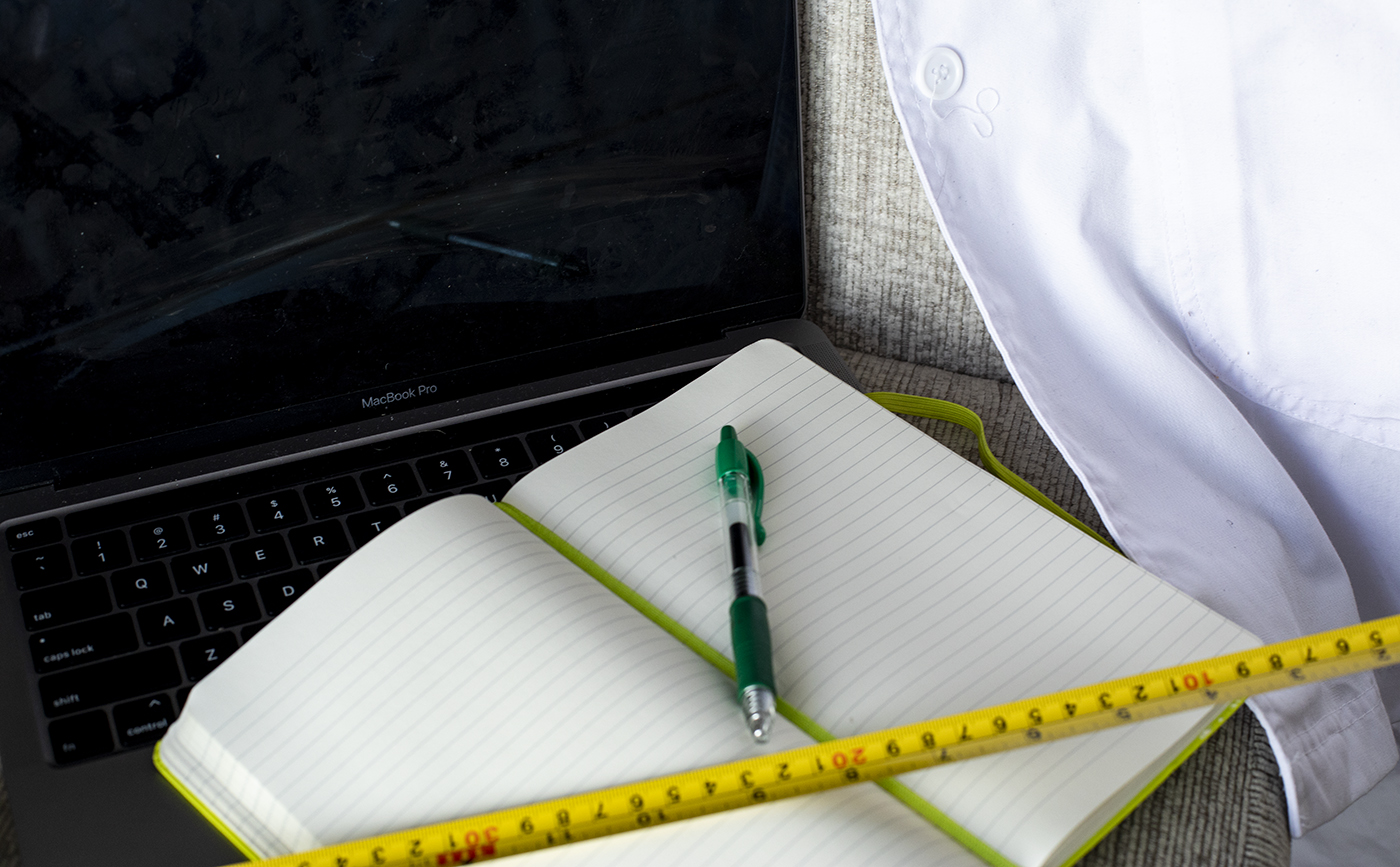 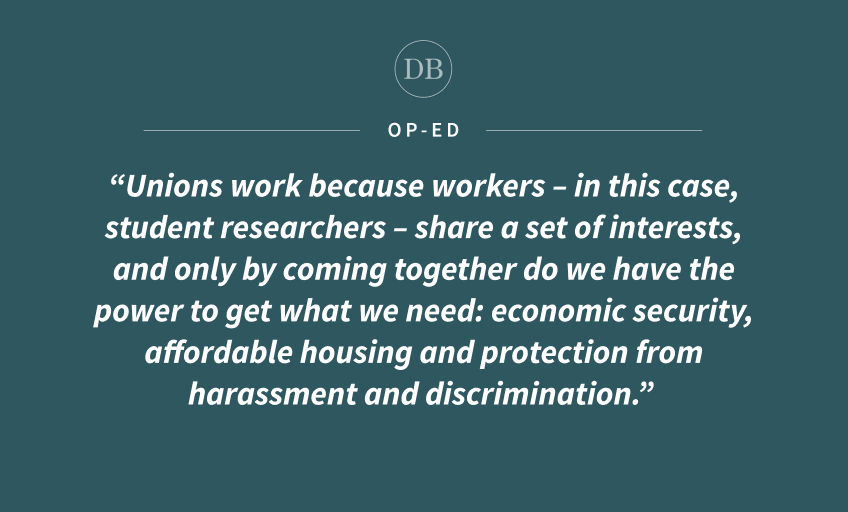