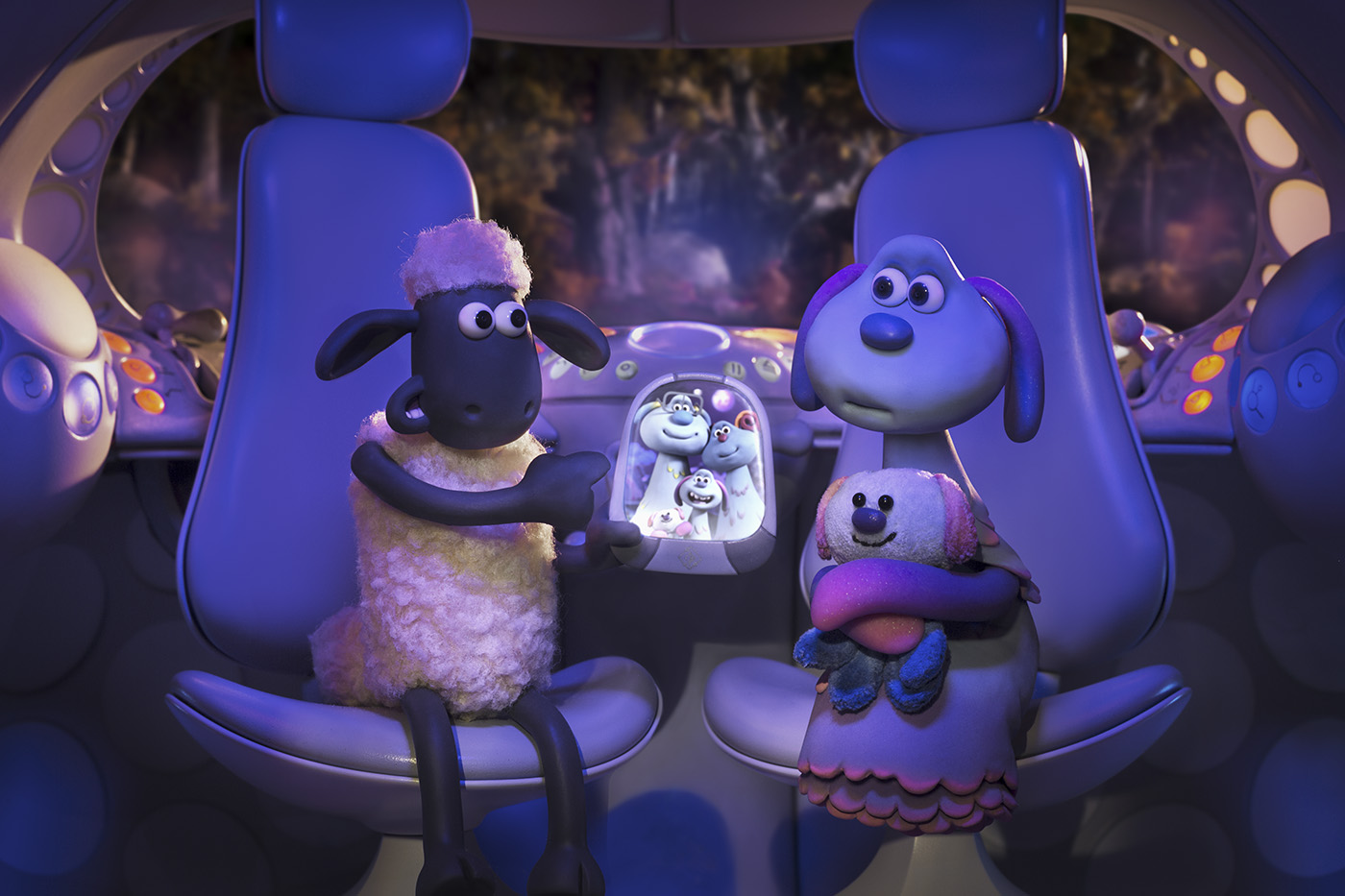 Even with an absence of dialogue, Shaun the Sheep still manages to speak.

The second installment in the “Shaun the Sheep Movie” franchise, “A Shaun the Sheep Movie: Farmageddon” is nominated for Best Animated Feature film at the 93rd Academy Awards. The Claymation film centers around Shaun the Sheep, who devotes himself to protecting his new extraterrestrial friend Lu-La after she crash lands her spaceship near Mossy Bottom Farm. UCLA alumna and music supervisor Monica Zierhut said given the lack of dialogue, the film instead relies on music as the main emotional communicator between the characters and the audience.

“(The film creates) such an awesome opportunity for music,” Zierhut said. “It’s every music supervisor and composer’s dream to have a blank canvas. But it’s also something to be careful with (because) you don’t want to overscore. … It’s important to keep a great balance.”

Having to start from scratch, composer Tom Howe said the film’s production process fostered unusual circumstances. In order to properly convey the story’s emotion and visuals, Howe said he began scoring around 18 months before the music was recorded, meaning he began writing the music well before it was meant to be produced. Zierhut said this longtime collaboration is common in animation, allowing for the creative conceptualization to develop before production. In addition to facilitating an effective score, Howe said this extended process also provides time for trial and error.

“There’s a scene where the combine harvester is out of control and Shaun and Lu-La take it for a joyride,” Howe said. “I’d written something that was very orchestral, very fast and manic. (This was) probably the hardest scene for me. … I might have done seven or eight very, very different versions before arriving at the one that’s in the film.”

Though instrumental music largely dominates the film, there are some instances in which songs with lyrics were used – employing artists such as Jorja Smith and RAT BOY in addition to a collaboration between The Vaccines and Kylie Minogue. Co-director Will Becher said such songs were intended to contrast with the storytelling in the absence of conventional dialogue, injecting energy into the film as needed. When Shaun and Lu-La go on an adventure together, for example, the team included a piece of music with lyrics rather than relying on the instrumental score. In montage scenes such as these, Howe said songs help move the story forward by adding variety to the overall flow of music.

In particular, the filmmakers and music department also focused on how Lu-La’s character contributes to the science fiction narrative, which strays away from the conventional nature of the first Shaun the Sheep film. To prepare, Becher said the team researched science fiction films ranging from the 1950s to today. In order to further redefine Shaun the Sheep’s world, Becher said the production team created an expansive setting complete with an isolated farmhouse in the middle of a huge open cornfield.

“We knew that we were going to have these big, wide-open spaces and the sound effects and music really needed to tie in with that,” Becher said. “We had bits where (there was) a very sparse sound and other areas where we wanted the fun to come across. And a lot of the challenges with the music were trying to find the balance between the suspense of sci-fi mixed with the kind of comedy chaos that comes with Shaun the Sheep and the flock.”

He said he also spent a lot of time trying to find a specific sound that captured the young nature of Lu-La’s character. In the end, he decided on a child’s xylophone he found in a Target toy section, sampling and putting it through reverbs and filters to achieve the final sound. He said that alien sound became an important voice for Lu-La and is heard in almost every one of her cues.

But while the score is integral to the story’s conveyance, Becher said the film relies heavily on audio as well. In a written statement, sound editor Adrian Rhodes said sound effects and particular vocal intonations were used to create a believable reality. For instance, he said his department worked toward making the wordless utterances of animals, humans and aliens all have meaning.

“Across the film, the individuality of the voices and the vocal dexterity of each actor was critical in bringing the models to life,” Rhodes said. “Much recording and editing of oohs, aahs, baas, barks, moos, oinks, beeps and a whole new alien language were needed to achieve the precise inflections.”

In addition to the sound effects, everything in an animated film is made from scratch, Becher said. From the character animation to the musical track, nothing exists beforehand, which is why having a team that’s familiar with animated films proves useful. In particular, Rhodes, Zierhut and Howe have all previously worked with Aardman Animations, which Becher said creates a shorthand that aids the filmmaking process.

“Having collaborators who can meet you halfway through the journey is just a massive help,” Becher said. “We’re like one big school of thought.”

‘Sound of Metal’ reminds its audience about power of silence