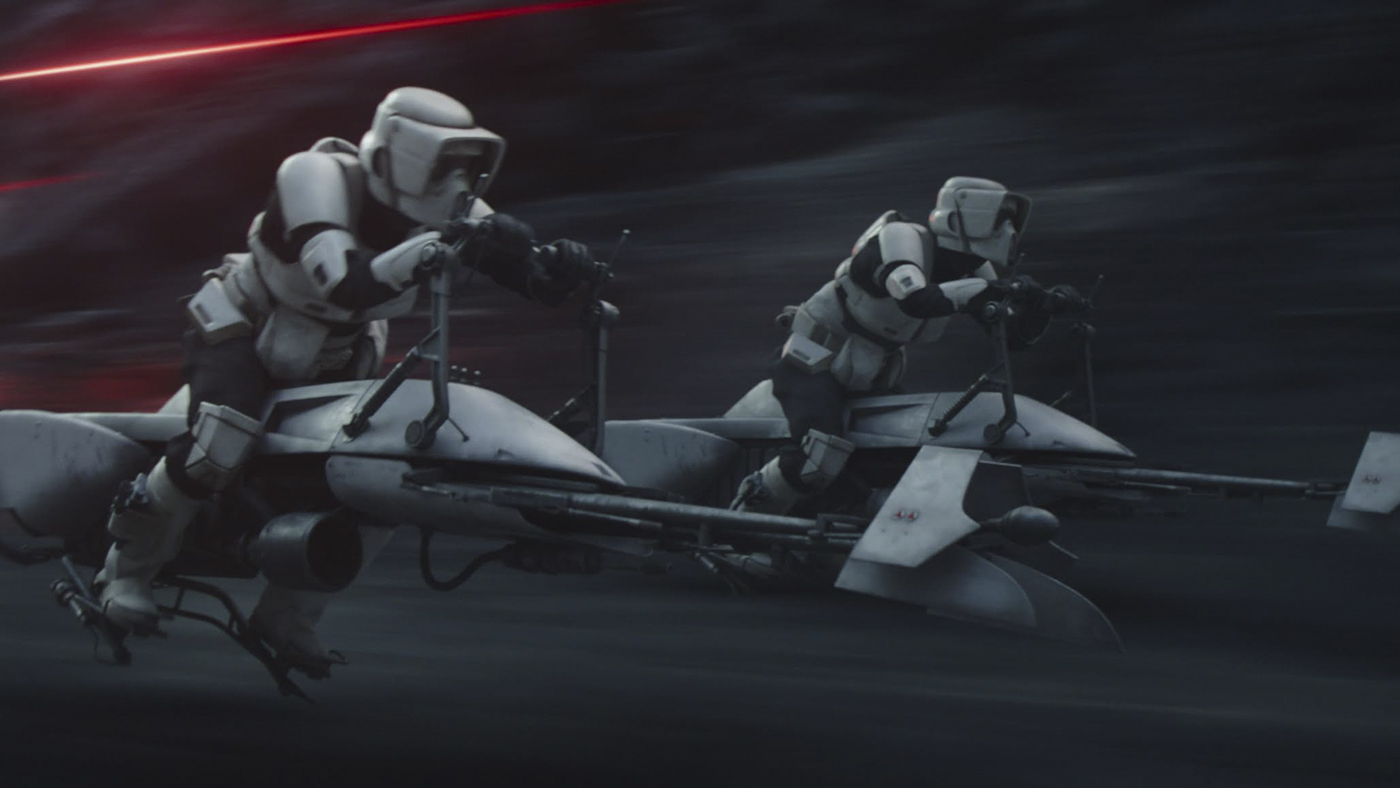 Mando and The Child return to where it all began.

With Chapter 11 leaving off after Bo-Katan (Katee Sackhoff) tells Din Djarin (Pedro Pascal) to take The Child to the Jedi Ahsoka Tano, Mando proceeds to seek help from some old allies in the fourth installment of the second season of “The Mandalorian.” While this episode does not follow Djarin on his journey to find Ahsoka Tano, its content remains essential to the main storyline. “Chapter 12: The Siege” alludes to the larger scheme The Child is involved in, showing that Mando and The Child are not in the clear from the Empire just yet.

The episode starts off with Mando reuniting with with Cara Dune (Gina Carano) and Greef Karga (Carl Weathers) on the ashen sand planet of Nevarro from the first season where society has improved in terms of infrastructure and education. While Karga’s workers repair Djarin’s ship, Karga shows Mando around the town he and Dune now oversee, showcasing how the pair have evolved from the previous season where they were always working out of self-interest.

One particular demonstration of their commitment to the community is a newly opened school for young children that Djarin and his cohort visit. Showing regular people of the galaxy rather than those engaging in conflict introduces a nice change of pace in the series. The Child also ends up sitting in on the class and becomes the center of attention, providing another welcome shift from being constantly on the run and facing galactic dangers.

But while The Child is able to relax, it seems Mando can never have a moment of rest. Karga soon tells Mando there is still an active Imperial base on the other side of the planet which requires his help to destroy. Mando’s parental instincts kick in when he hesitates to leave The Child with the students and teacher, but he ultimately gives in to Karga’s suggestion to keep The Child out of harm’s way.

The episode then dishes out its first easter egg with the return of the fish-like alien Mythrol from the very first chapter of the series. Mythrol was Djarin’s initial bounty but now he serves Karga in maintaining operations on Nevarro and accompanies the group on their mission. While the alien seemed like a random character during his initial appearance, he exemplifies how “The Mandalorian” plants elements that will hopefully serve a bigger purpose in the overall storyline – such as resurrecting Boba Fett and featuring Bo-Katan.

Djarin and the group soon make their way through the base and unexpectedly stumble upon a biological laboratory. A sense of eeriness sets in when the cohort views a cryptic hologram message from Dr. Pershing (Omid Abtahi) – who was last seen in the first season – to Moff Gideon (Giancarlo Esposito).

Pershing reveals his disturbing biological experiment that requires The Child because it has a higher m-count compared to previous specimens. M-count appears to be an abbreviation for midi-chlorian count – referring to the microscopic organisms present in all lifeforms’ cells that allow Force abilities. The scene alludes to how The Child is a piece to the Empire’s larger experimental scheme, which will hopefully be more clear by the end of the season.

Further adding to this sense of dread is when Djarin realizes that Moff Gideon did not die when Djarin took down his ship. Fearing that Gideon knows the group’s whereabouts, Djarin takes a jetpack to return to The Child while the others finish destroying the base and escape via a stolen Imperial ground transport.

And just when it seems that the group is done for, Djarin returns with his repaired ship and fights off the remaining TIE Fighters. While perfectly timed rescues seem to be a hallmark this season, a triumphant musical score overlaid with Djarin’s fancy flying emanates a clear sense of victory for the group as they successfully destroy the last Imperial remnants on Nevarro.

After Djarin says his goodbyes and sets off on his journey with The Child, a pilot from The New Republic visits the Nevarro town to investigate the Imperial skirmish. He knows Dune was a former Rebel shock trooper, and asks her to fight for The New Republic. While Dune refuses the offer, the interaction teases how she and Djarin may join bigger fights together once they are finished with their individual quests.

However, the hopeful note does not last as the final scene imposes a sense of utter helplessness for what is to come for The Child and Djarin. Aboard an Imperial starship, Moff Gideon is seen in the flesh, and it is revealed that the alien who repaired Djarin’s ship planted a tracking beacon within it.

Moff Gideon’s evil grin is coupled with a menacing musical track and a slow pan to a dimly-lit chamber containing what appears to be an army of new Imperial super soldiers. It is a harsh reminder that Djarin’s path to Ahsoka Tano will be marred with conflict. And though this episode may have initially seemed like a diversion from Djarin’s quest in reuniting The Child with the Jedi, it does well in moving the main story along.

As The Child becomes further entangled in Moff Gideon’s looming plot, the anticipation builds for next week’s episode to keep up the pace.