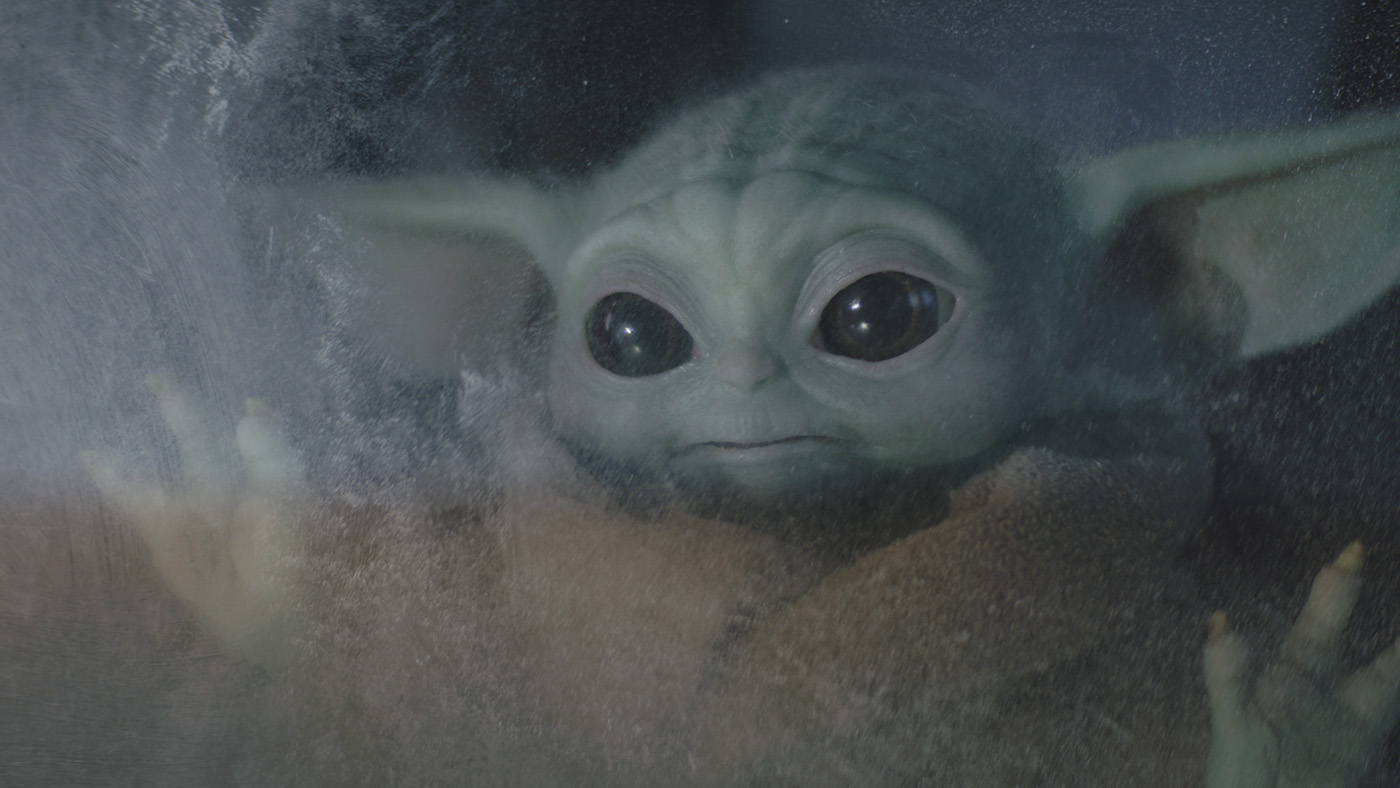 The Child’s bottomless appetite is leaving fans hungry for what comes next.

After recovering Boba Fett’s armor, the second episode of season two for “The Mandalorian” picks up where the premiere left off with some action-packed sequences. As Din Djarin (Pedro Pascal) and The Child race across the Tatooine desert on a speeder bike, a group of bandits after The Child ambushes the two, leaving Djarin’s speeder in an explosive mess. While the opening scene effectively reminds viewers of The Child’s dire situation – a factor sidelined in the previous episode – “Chapter 10: The Passenger” ends up as another filler embellished with a fast-paced narrative.

The introductory sequence also reveals a rare glimpse of Djarin being taken off-guard, a humanizing juxtaposition to his typical resourcefulness. And though the bandits manage to capture The Child, the scene ultimately lacks build-up as the Mandalorian warrior easily recomposes himself to outmaneuver the kidnappers.

After the scuffle, Djarin treks through the scorching Tatooine desert heat with Fett’s armor and The Child back to the Mos Eisley Spaceport bar. There, Djarin sees Peli Motto (Amy Sedaris) gambling with Dr. Mandible, an insectoid alien who conveniently has a lead on other Mandalorians. Djarin’s desperation forces him to take the information without much questioning – moving the central storyline along after last week’s lacking episode.

Djarin later follows the tip to a froglike alien mother who claims she can guide him to a nearby Mandalorian covert on the moon of Trask, where she will be able to reunite with her husband and fertilize her eggs. This narrative thread demonstrates Djarin’s growth in learning to trust and depend on others, which has come a long way since the past season.

En route to the moon, the group encounters its first roadblock when the ship fails to jump through hyperspace, leading to some trouble with two of the New Republic’s X-wing pilots who were patrolling the sector. The scene provides a fun easter egg for fans of “Star Wars: The Clone Wars” and “Star Wars Rebels” who may recognize Dave Filoni – a writer and supervising director on this series – as one of the X-wing pilots. As the pilots awkwardly ask Djarin to turn on his nonexistent transponder, he tries to make a quick escape to the closest planet below and the X-wings give chase suspecting that he is a former Imperial officer.

The pursuit is perhaps the most gut-wrenching, visually appealing and high-stakes dogfight seen in the series thus far. Unlike the overused Tatooine deserts, the planet Djarin crash lands on is an icy world, bringing a welcome change to the environment. With some nosedives through canyons, intense free falls, and skidding over the snowy planet surface, Djarin eventually loses the New Republic pilots by hiding his battered ship under a mountain overhang.

Unfortunately, the weight of Djarin’s ship – the Razor Crest – causes the ground below to give away, and the ship falls below the surface to a cavern. Djarin is subsequently tasked with the daunting challenge of trying to repair the ship and taking care of The Child as well as the frog-alien mother with her spawn. The storyline accentuates Djarin’s parenting persona, which is present in his interactions with The Child but more overt now that he must care for other precious cargo.

The tense situation, however, is punctuated by The Child’s comedically large appetite as it opens the frog-alien mother’s incubation tank and eats her offspring to her and Djarin’s horror. The Child’s egg-eating habits continue as one bite into a suspicious alien egg on the cave floor triggers the surrounding eggs to hatch out a sea of killer spiderlike creatures.

[Related: ‘The Mandalorian’ stands out with new narratives while maintaining ‘Star Wars’ lore]

And if that was not enough, an enormous mother spider emerges from her nest further back in the cavern. The unending stream of spiders chasing after Djarin and company is likely the most skin-crawling, goosebump-inducing scene in all of “Star Wars,” although the stunning lighting and visual effects may alleviate some arachnophobia.

While the cohort barely manages to barricade itself in the Razor Crest’s cockpit as the spiders try to break through, the giant spider returns in a jarring jump scare, diminishing the group’s chances of escape.

But just when it all seems over, the X-wing pilots appear out of nowhere and take the gigantic spider down in an overly contrived rescue. The relief was short-lived as the pilots soon confront Djarin about his arrest warrant, but they let him go after recalling footage of him apprehending culprits wanted by the New Republic and defending one of their soldiers in the first season. The callback effectively shows how despite being an outlaw, Djarin still has morals and a heart, adding layers to a stoic character.

Though the episode is more fast-paced and adrenaline-inducing than the previous, it still feels like a filler episode by dragging out the main storyline. However, it does do well in showing how Djarin must learn to care for others besides himself and The Child, as in the case of the frog-alien mother and her spawn. Such character development is necessary at this point in his journey, as Djarin must learn to offer help in return to his galactic aids, especially considering the dangers involved for all who aid him on his quest.

So despite creepy spiders and the cheekiness of Baby Yoda, “Chapter 10: The Passenger” still leaves viewers yearning for what Mando’s adventures mean in the grand scheme of season two.