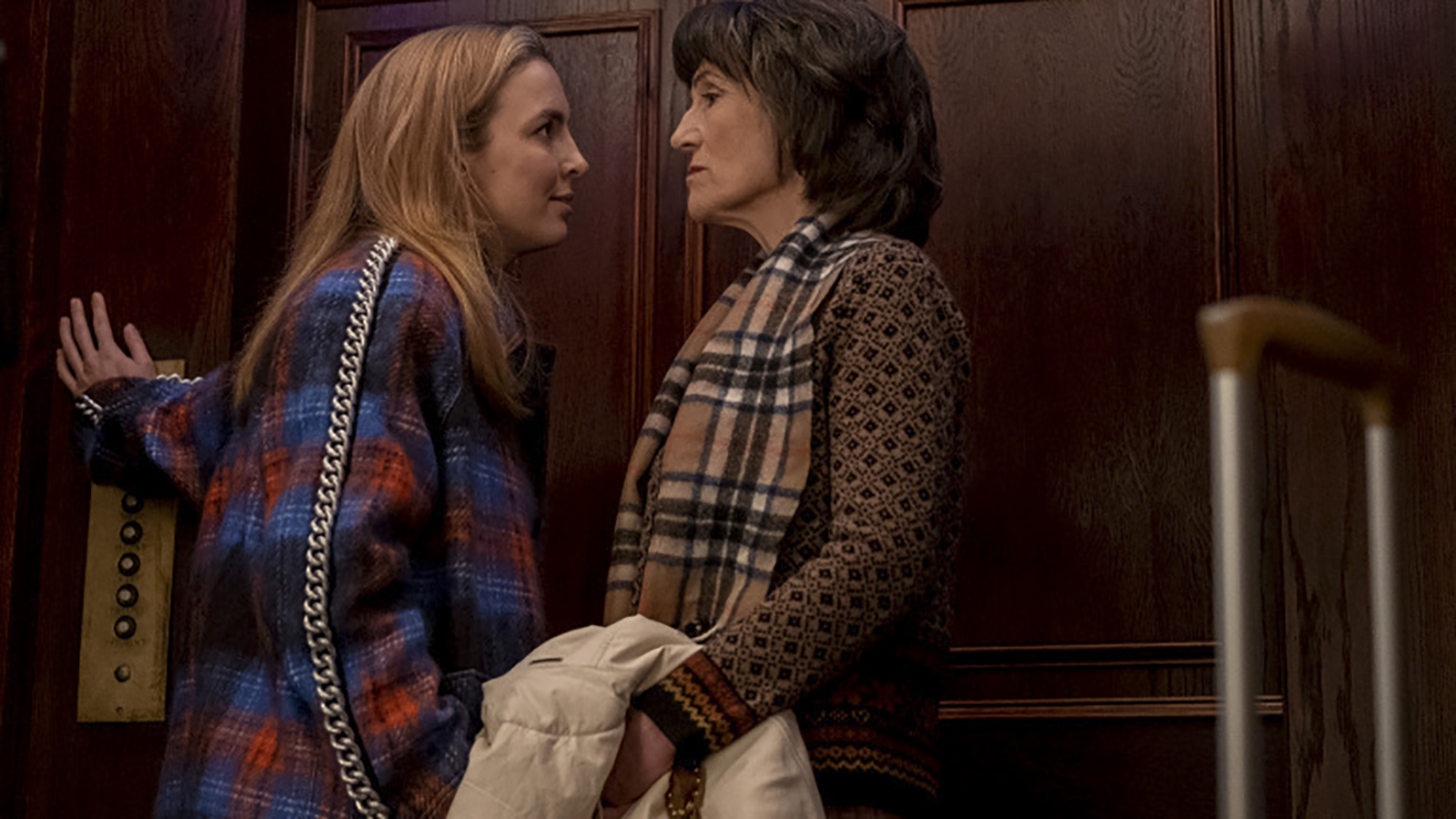 With just enough action to make up for previous unsatisfying episodes while still preserving the quintessential “Killing Eve” guessing game, “Beautiful Monster” finally capitalized on the power of the show – its three leading women. Previous episodes have danced from one woman to another, which helped the grand scheme of the story but offered disappointing stand-alone segments. Yet Sunday’s episode finally found each of the women settled in their own elements while carrying a tad more emotional baggage than before.

The episode opened with Villanelle (Jodie Comer) sick and tired of selling her existence to the Twelve only to receive nothing in exchange. After an odd meeting with the bizarre head of operations for the international crime syndicate, Villanelle decided to distance herself from the organization. But despite attempting to get away from her hitman duty, Villanelle still stayed true to her homicidal nature by attempting high order kills.

Villanelle’s first target was her old mentor-turned-adult-babysitter Dasha (Harriet Walter) who’s looming presence smothered Villanelle’s usually unadulterated lifestyle. The two traveled together to Scotland ostensibly to complete yet another assassination. The combination of Villanelle’s rebellion, her green feather overcoat and her new bubbly Scottish intonation made the kill on the golf course a welcome callback to the delightfully stylish violence typical of “Killing Eve.”

And the never-before-used accent also brought out an interesting element of Villanelle. After a few misogynist comments from a painfully stereotypical American man, Villanelle made the startling decision to give Dasha a club to the head rather than the offensive tourist from across the Atlantic, leaving the old woman to die on the 16th hole. The move was a suitable ending to suffocating chapter in Villanelle’s life – but it makes Dasha’s eventual resurrection that much more concerning.

The old woman’s survival was surprising to say the least, considering Villanelle rarely leaves stones unturned – but unfinished business was the name of Villanelle’s moral arc Sunday. Later, as she attempted to escape the watchful eyes of the Twelve, her old ally Konstantin (Kim Bodnia) keeled over with a heart attack. Though she swiftly chose her freedom over his safety, Villanelle still shed a rare tear signifying her earnest hope for his eventual recovery. It is unprecedented for Villanelle to leave two people dying rather than dead, and her shifting mortality leads into exciting and uncharted territory for an otherwise meticulous assassin.

Although the second half of the season has belonged to Villanelle, “Beautiful Monster” also reunited the storyline with the mysteriously missing Eve (Sandra Oh). And while her absence in previous episodes was disappointing, the delayed gratification was certainly satisfying when she finally resurfaced and connected a few crucial dots leading her to Villanelle. Eve’s surrogate and office assistant Bear perfectly summarized this episode’s strength when he deemed Eve to be at her most brilliant when up against a wall in search of Villanelle.

But of all the characters at their best, Carolyn Martens (Fiona Shaw) was particularly captivating. She thrives in challenging situations, and despite not making breakthroughs with the MI6 connection to the Twelve, her daughter Geraldine (Gemma Whelan) supplied more than enough opposition in this episode. One thing became clear: Carolyn isn’t actually as emotionless as earlier episodes may have insinuated. The burden of restraining her emotions reached a literal breaking point in “Beautiful Monster,” as she smashed several vases against her sitting room walls. And really, there is nothing like watching Carolyn Martens absolutely decimate porcelain.

In addition to spotlighting the principal cast, episode seven also marked the long-awaited merging of two worlds. Visually, Eve and Villanelle now seem to live in the same bubble, in which Eve’s cynical world is overwhelmed by Villanelle’s darkness. The episode was one of the first in recent memory without a blue sky, set mostly among the mists of Britain. As for their attire, Villanelle’s dress’ earth-toned greens and blues recalled the usual blandness of Eve’s attire. On the contrary, Eve was blatantly dressed in orange, a keen reference to Villanelle’s brighter days and puffy dresses in Barcelona.

And while the episode’s near-miss ending between Eve and Villanelle harkens back to season one’s knick-of-time frustrations, their calm parting wave makes it clear that the two of them are no longer chasing each other. Instead, it’s the Twelve and MI6 chasing the two of them. Even though the consequences of their colliding worlds have yet to reveal themselves, the anticipation is certainly building for the season finale.

Previous episodes were chock-full of growing pains, but Sunday night’s show was the product of a maturing series. “Beautiful Monster” was aptly named for its darker and more nuanced approach to character, finally taking full advantage of all three female powerhouses that have emotionally ebbed and flowed throughout the series. The two near-deaths of Dasha and Konstantin combined with a less desperate Eve and Carolyn’s destruction of decor all culminate into a wonderfully satisfying yet eerily unsettling lead up to a season finale.

Episode seven was nothing less than a gift laced with ribbon – now all that’s left is for the finale to add the finishing bow.