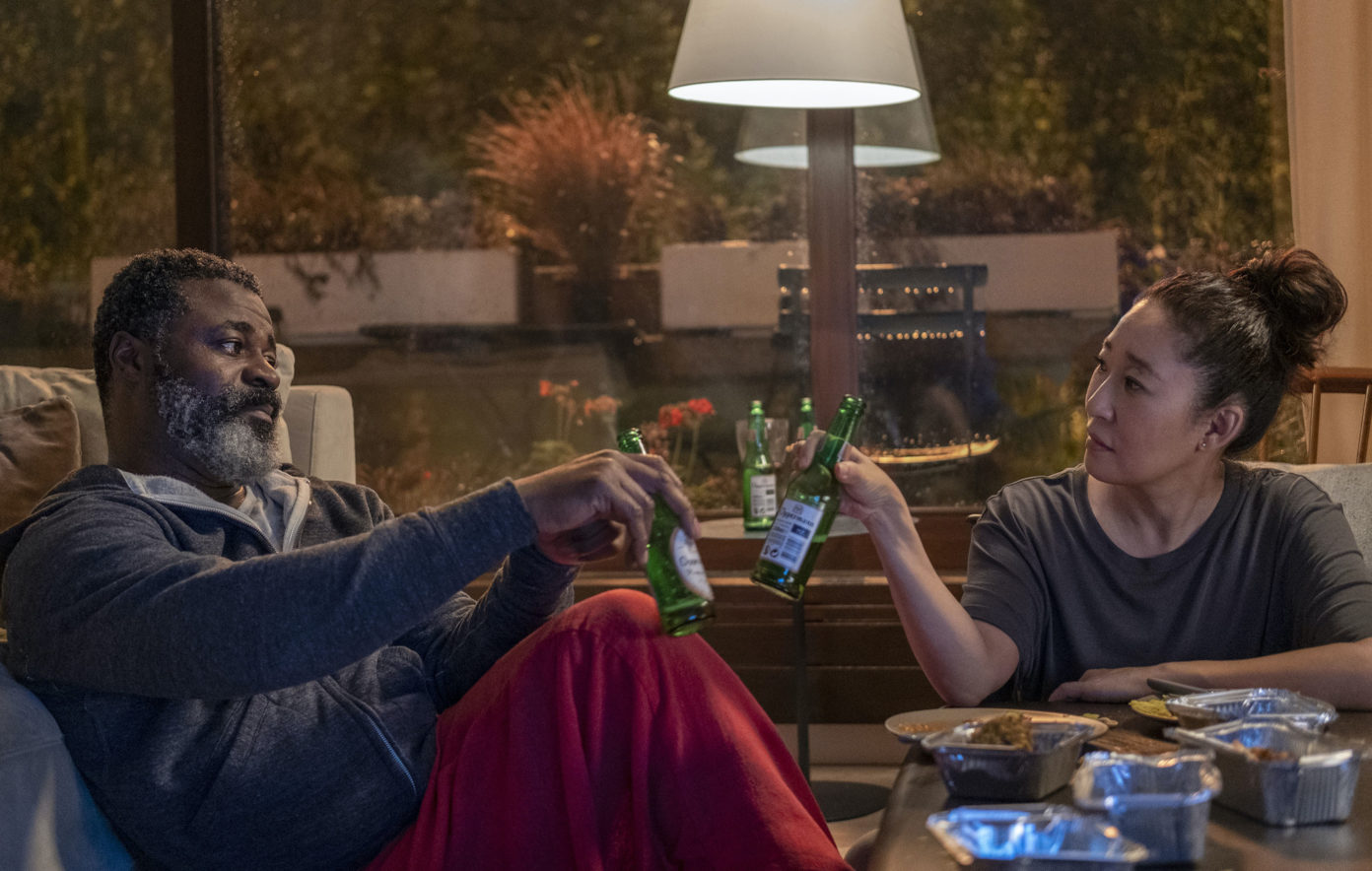 Eve can’t have her cake and eat it too.

The issue was asked and answered in Sunday’s episode “Still Got It” with a multi-timeline exploration of “Killing Eve”‘s main cast of characters.

Eve (Sandra Oh) has long grappled with making work and home life operate in harmony – and in a heart-to-heart between herself and her new coworker Jaime (Danny Sapani) at the beginning of the episode, an answer was promised. But after celebrating her birthday with a rooftop breakdown, smashing a cake and accosting a worn-out teddy bear, Eve makes a rare rebuff of work exploits and heads to Poland to get her husband Niko (Owen McDonnell) back. Her choice comes as no surprise thanks to a few well-placed text exchanges between Niko and Eve, but it nonetheless represents a triumphant character growth in Eve.

But Eve wasn’t the only character to exhibit change. Multiple simultaneous timelines check in with the main cast of characters, and in doing so, Villanelle’s (Jodie Comer) playful hedonism was challenged for the first time. Torn between a big promotion with the Twelve and her loyalty to Konstantin and his promise to find her family, Villanelle hesitated during an assassination.

Following Bertha (Rebecca Saire) – the wife of the Twelve’s accountant – to her country house in France, Villanelle foiled her own opportunity for a swift kill. She dropped a pair of sharp garden shears to fully embrace a hug from Bertha, and the subsequent spirited jaunt through the garden was an assertion that maybe Villanelle wouldn’t follow through after all. But Bertha’s perceived security didn’t last long, and Villanelle swiftly returned to expected form to strangle her. But she was rattled in a way that previously only Eve could induce. Finally, she’s off her game.

The hesitation – though momentary – does more than make Villanelle penetrable. It begs the question of who she kills for. In earlier seasons, even Villanelle herself seemed uninterested in knowing who it was that contracted her kills – she simply liked killing and the money that came with it. But now her motives have become muddled. Her characterization as a psychopath has always been the apparent driving force behind Villanelle’s thirst for blood, but her hesitation seems to be a sign of humanity peeking through her waning loyalty to former and current employers.

With more than one dramatic question after another, “Killing Eve” has stayed true to it’s network drama form and saved the marquee kill for the last five minutes of the episode. The timelines simultaneously following each character clumsily converged to reveal Dasha (Harriet Walter) posing as a townsperson in Poland. It took only seconds for the pieces of the story to come together, and by the time they did, Niko was writhing on the ground with a pitchfork in his neck.

Unlike Kenny’s death, however, Niko’s death isn’t left unexplained. After the violently romantic encounter between Eve and Villanelle on a city bus in London, Dasha was contracted to drive a wedge between Eve and Villanelle. And with Niko’s death appearing to be the work of Villanelle, it will most certainly achieve just that. But explanation or not, the bungling of timelines diffused what could have been one of the most emotionally wrought scenes in the series.

What is often a delightfully suspenseful and visually rewarding episode structure in other series was overshadowed by confusing time overlaps and poorly mounted stakes, ultimately undermining the central themes of Sunday’s episode. But it wasn’t the fault of the filmmakers. In “Still Got It,” the show continued to find color and style in a morbid premise. The many timelines came with a myriad of prototypical establishing shots – one in Poland, one in Barcelona, another in London – each one more beautiful than the next.

And the dark greys of Eve’s London juxtaposed with the oranges of Villanelle’s Barcelona subtly explored a thesis about two women who approach life differently. Yet not even skillful craft could save poorly paced writing. Sunday’s episode tried something structurally different – but it didn’t work.

“Still Got It” felt like a skittish and mechanical means to a very tragic end. The story skipping around from one place to the next satisfied a few lingering loose ends, but not fully. The episode posed more questions than it answered, and between confusing timelines and diffusion of tension, the momentous dynamic of Villanelle’s psyche and Niko’s death were lost in the shuffle. While good filmmaking made up for sterile writing, Niko’s death still felt more like a sudden and unwarranted story grenade than a delicious Killing Eve trademark twist.

Eve may have been hellbent on making things work this week, but with a wildly horrific birthday surprise, she’ll never even know what the cake tastes like.