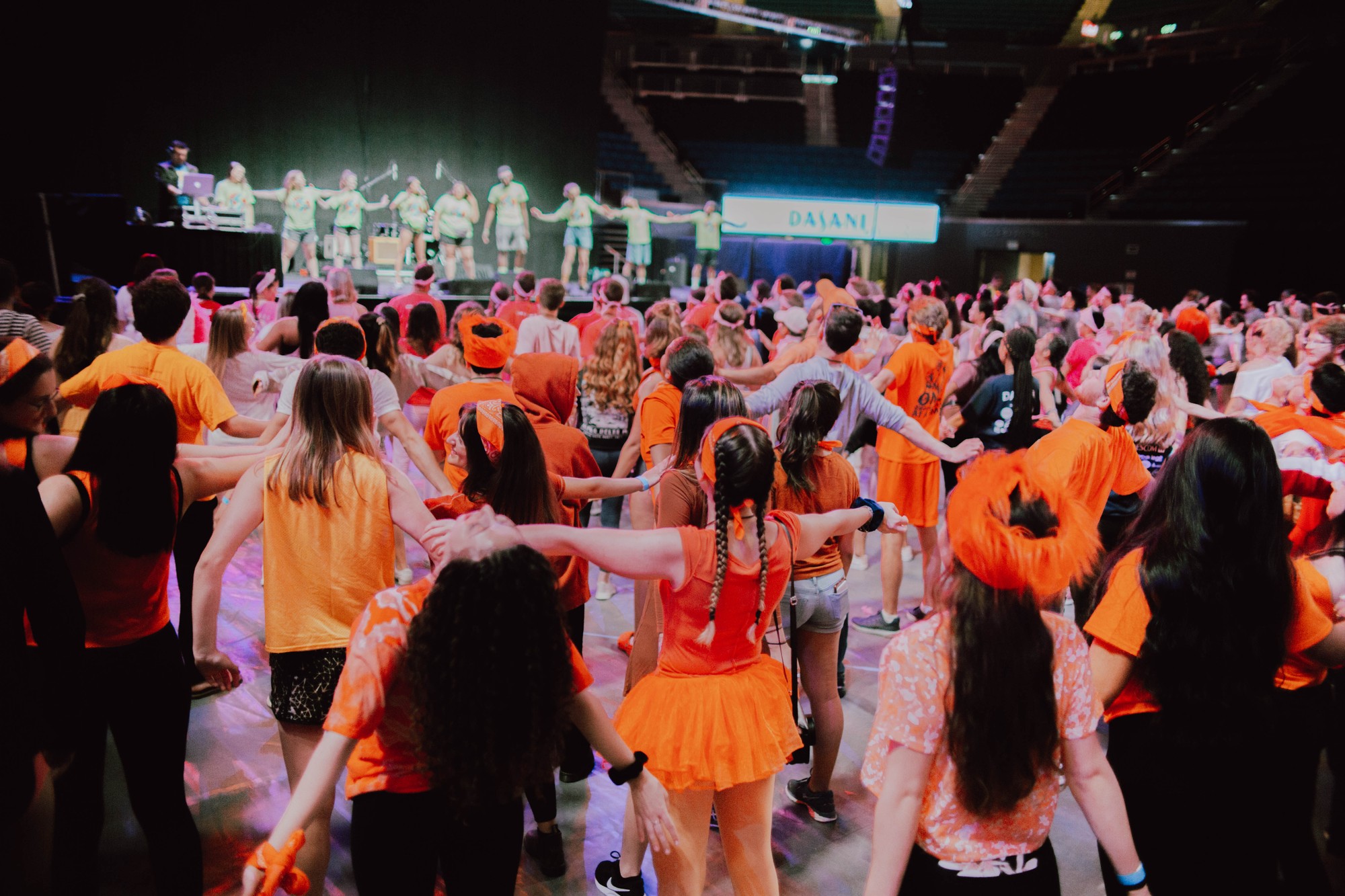 Dance Marathon will take place fully online and only last four hours instead of its normal 26-hour span. Through a combination of live and prerecorded content, this year’s event hopes to continue to spread awareness of HIV/AIDs in relation to COVID-19, said UCLA Pediatric AIDS Coalition president and fourth-year neuroscience and Spanish student Sophie Ahmad. (Courtesy of Appurva Goel)

Dance Marathon has traditionally lasted 26 hours – this year, it will be four.

The annual event, usually held in Pauley Pavilion, will transition to a virtual platform in the wake of the COVID-19 pandemic. The constraints of Zoom and YouTube Live, where the event will be held this year, pose challenges for such a large-scale gathering, such as navigating potential technical issues. Despite these difficulties, organizers from the Pediatric AIDS Coalition at UCLA have attempted to preserve as many elements from the physical event as possible, said PAC president and fourth-year neuroscience and Spanish student Sophie Ahmad.

Being held Saturday to honor the original event, Dance Marathon will aim to destigmatize HIV/AIDS by bringing awareness to the UCLA and broader Los Angeles community, Ahmad said. She added that the virtual experience will also address the intersectionality of HIV/AIDS in relation to COVID-19, emphasizing how the latest pandemic affects those with other conditions.

“We’re encouraging everyone to stand the entire time like we normally would – we know that it’s not 26 hours, but we hope people still get a little taste of what it feels like,” Ahmad said. “This also allows people who have never been able to come to watch – like my grandma’s going to be able to come for the first time.”

This year, encouraging participants to “Unite,” Dance Marathon will be divided into three sections to account for the shorter time period: “Learn,” “Remember” and “Unite.” The “Learn” section will introduce the event’s mission of raising awareness for HIV/AIDS, while “Remember” will serve as a stand-in for the annual vigil held to honor the victims of the condition, Ahmad said. During the vigil, child ambassadors from the beneficiary Camp Laurel will share their stories with the audience. She said the last portion, “Unite,” will be the most upbeat portion of the event, featuring performers and a reveal of how much the organization has raised for the cause.

Because of the technical challenges of gathering a large number of speakers and performers, Dance Marathon will have a combination of live speakers from both UCLA Health and PAC’s primary beneficiary, the Elizabeth Glaser Pediatric AIDS Foundation, and prerecorded content largely from performers. Appurva Goel, PAC’s executive director of outreach and fourth-year economics and communication student, said the organization’s goal is to retain the spirit of the physical event by balancing the way content is transmitted for Dance Marathon. She said the virtual event also provides an opportunity to bring in speakers from outside the LA area and will feature speakers from New York and Oregon.

“We have essentially pulled together this event in three to four weeks, as opposed to usually a year of planning,” Goel said. “One way we worked with this was finding the perfect balance between prerecorded videos and speakers.”

The event’s performers, which will consist primarily of UCLA students and alumni, will be a mix of a cappella, bands, solo artists and dance groups, Ahmad said. Drag queen Lorelei – a staple of Dance Marathon in the past – will also return to perform and provide LGBTQ+ representation. Third-year molecular, cell and developmental biology student Akshay Anand will perform his original song “Cherry,” written specifically for the event, during the vigil. He said the song is based on the looming feeling of uncertainty that has characterized the past month.

“I wrote this song about being stuck at home and being afraid of losing the memories that I made, (and) not being able to share with people the stories that fade away,” Anand said. “It’s about being alone in a time when you want to be surrounded by people and appreciating the time you have with others, which I thought fit well with this period.”

Beyond uniting students over shared feelings of isolation and loss, Goel said this year’s Dance Marathon aims to highlight the continued existence of HIV/AIDS in the midst of the coronavirus pandemic, particularly given the potentially adverse effects of COVID-19 upon those already suffering from the immunodeficiency virus. She said she hopes the event will act as a reminder that the pandemic exacerbates existing issues like HIV/AIDS by drawing attention to the intersectionality of the viruses.

“We want this event to be a break for students and participants to break beyond the four walls of their house and do something different to try to bring some normalcy into our corner,” Goel said. “But we also want to show that the pandemic has a very tangible impact on a lot of other things right now as well.”