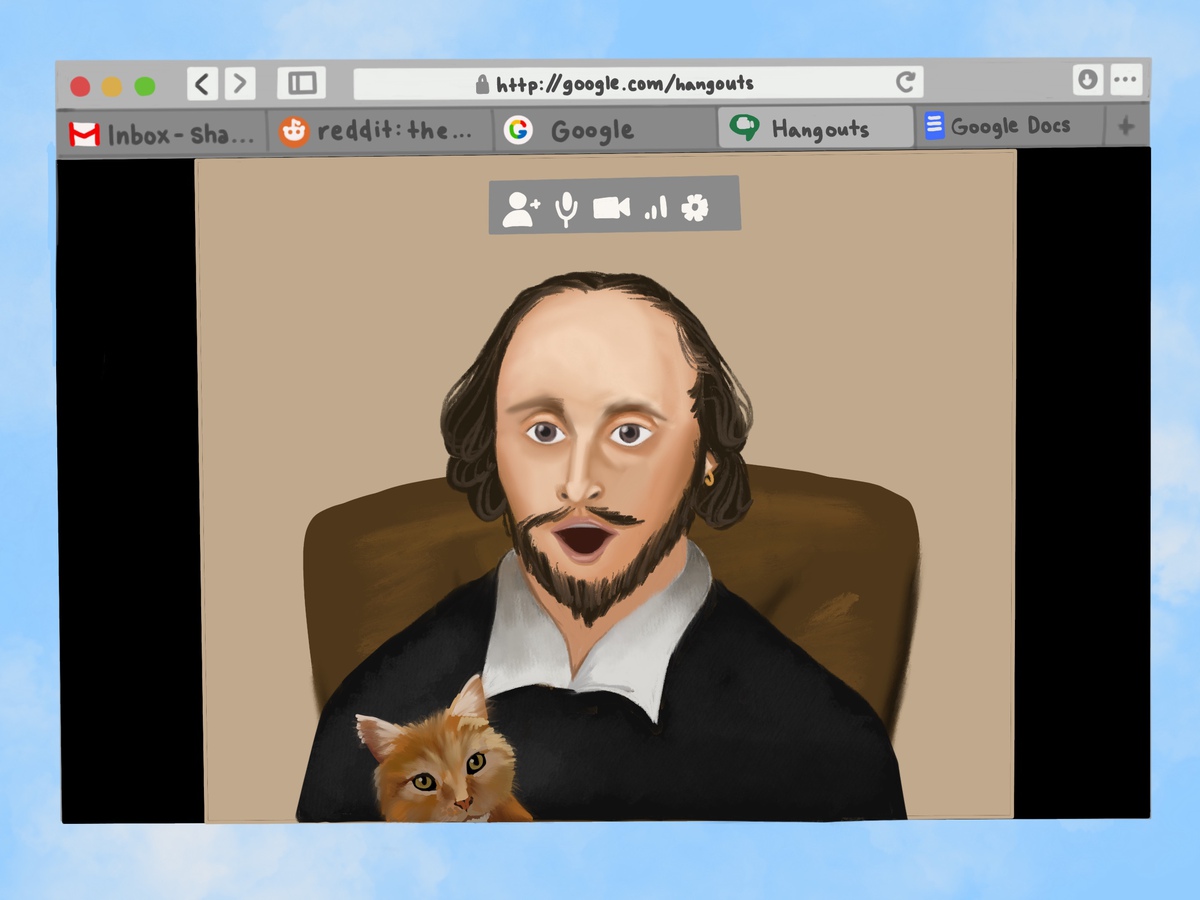 The show must go on for the Shakespeare Company.

Adapting to Gov. Gavin Newsom’s “stay at home order,” the Shakespeare Company at UCLA will be rehearsing their spring productions remotely and releasing them online as radio plays.

The casts of “Richard III” and “I Build Giants” will be rehearsing over Zoom and recording their own audio for the sound designers and editors to string together as one complete play, said third-year theater student Mary Alex Daniels. Serving as co-artistic director, Daniels said this is the first time the company will be attempting to navigate the virtual territory of radio plays. Without the aid of props and visible characters to set each scene, the directors of each play are forced to find new ways to establish a stage setting through adding ambient noises and altering the scripts to address characters by name.

“It is all kind of a big experiment,” Daniels said. “But this whole time is unprecedented, so we are testing things out to see how we can still have an outlet for creativity even through social distancing.”

[Related: CAP suspends all performances, shifts shows to next season]

The novel coronavirus has uprooted many parts of life and Daniels said the company felt an obligation to provide students with the same structure they would have had on campus. Daniels said their main challenges as they continue the season with radio plays will be the editing process for the audio clips and maintaining the same intimacy the actors would have had on a real stage.

While plays and productions naturally allow actors to embody their characters and build off each other’s emotions in a shared space, Daniels said the directors are navigating virtual rehearsals just as they would in person. The actors will still be running each scene remotely with their scene partners, allowing them to maintain a level of emotional connection throughout the play.

“Virtual rehearsal requires another level of focus and determination from the actors,” Daniels said. “They will put together a performance and have that same level of commitment but connect through technology rather than real people and real moments.”

As there will clearly be no set designs for the audiences to observe, Daniels said the company will be implementing different elements of sound design to provide a sense of environment. Creating these various soundscapes – such as a loud, booming battlefield in “Richard III” – is essential for radio plays. Luckily, she said, the plays they had in line for spring quarter are poetic enough in their text that they do not require them to be physically set in a decorative stage, but the addition of sound will help provide a setting for listeners.

“When you are usually at a theater, the curtain comes up, you are introduced to this world through design and costume,” Daniels said. “Now, we are really heavily reliant on text to tell that story.”

Working alongside Daniels as co-artistic director of the company, third-year theater student Isabelle Smith said she is unwilling to let a season slip away because of the current circumstances. She said establishing a scene solely based on sound is a challenge with radio plays, but the actors are now allowed to reimagine their work through their vocals. Without having to focus on their bodies, Smith said actors concentrate all of their energy into their voices.

Despite missing that grand moment on stage that actors spend months preparing for, Smith said she hopes the virtual meetings will almost bring excitement through a sense of normalcy that the student actors need. On the technical side, many actors will be using a cellphone as a recording device so the company is troubleshooting how they will get optimal sound quality, Smith said. Editing the plays will also be a lengthy and difficult process, but she said it is important to keep creating an artistic community by any means possible.

“It is a sad time generally,” Smith said. “That’s why I especially wanted to make sure we did something this quarter – even if it wasn’t in the ideal way we imagined putting these plays on – because we still get to create a community even if it is in a different, digital way.”

Recognizing radio plays as an exciting opportunity, second-year theater student Sylvia Abrams-Wolffsohn is directing “Richard III” and said relying on audio allows her to explore the text’s depth. She said she aims to highlight the intention behind every conversation between the characters through the quality and range of the actors’ voices. In an attempt to separate the voices of each actor and establish distinct characters, Abrams-Wolffsohn said she will work with sound designers to have separate ambient noises for each character.

Although theater relies heavily on in-person connection, Daniels said the Shakespeare Company is transitioning online to foster a much-needed community during these very uncertain times. She said they want to continue providing students with some sense of normalcy among the unpredictable events that are unfolding. Theater encompasses empathy on a human level despite any circumstance, and Daniels said it is crucial to continue storytelling.

“It is really important to take the uncertainty and take these challenges on as artists,” Daniels said. “We need to come out the other side stronger and with new ways to connect to our audiences.”