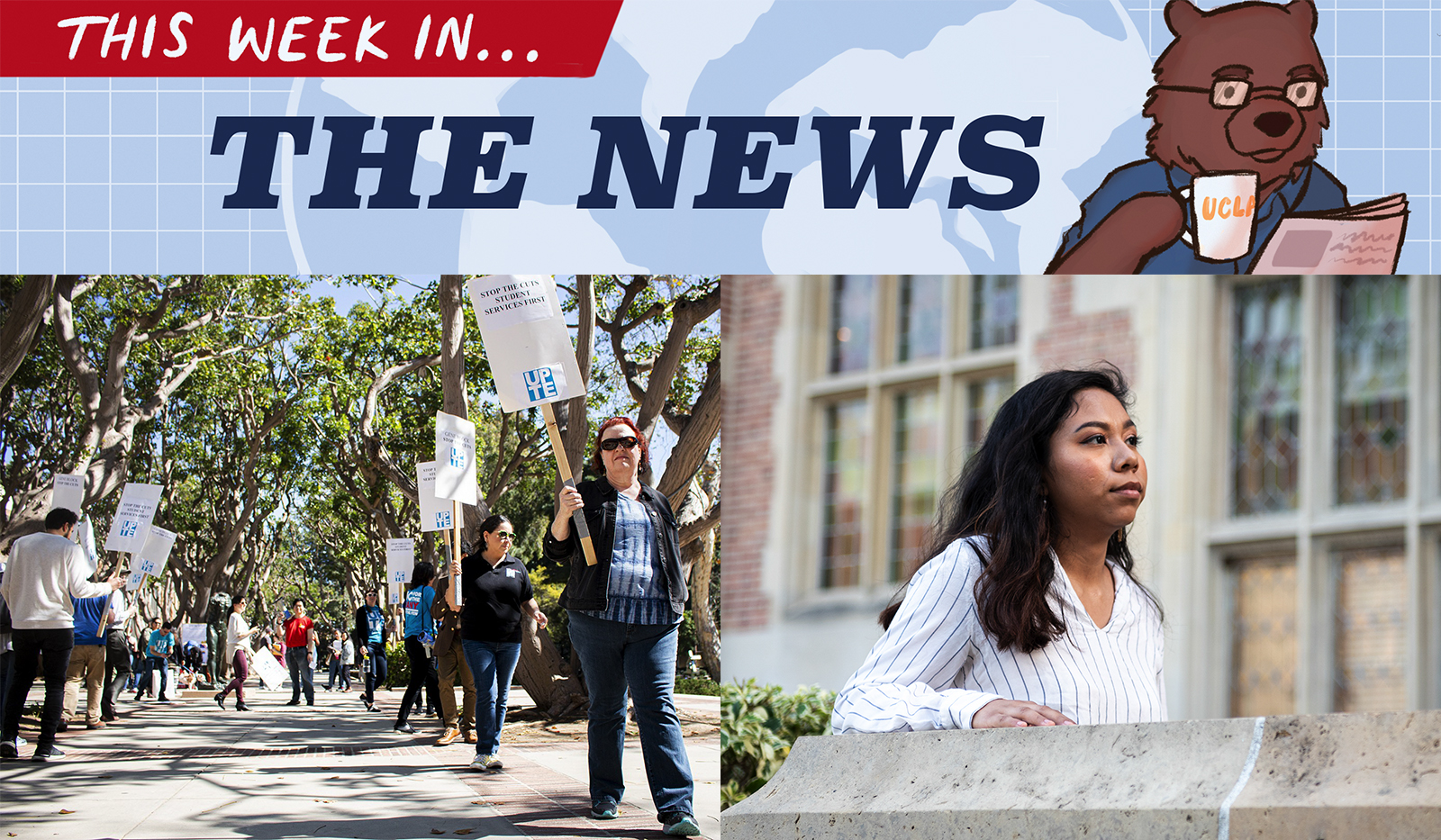 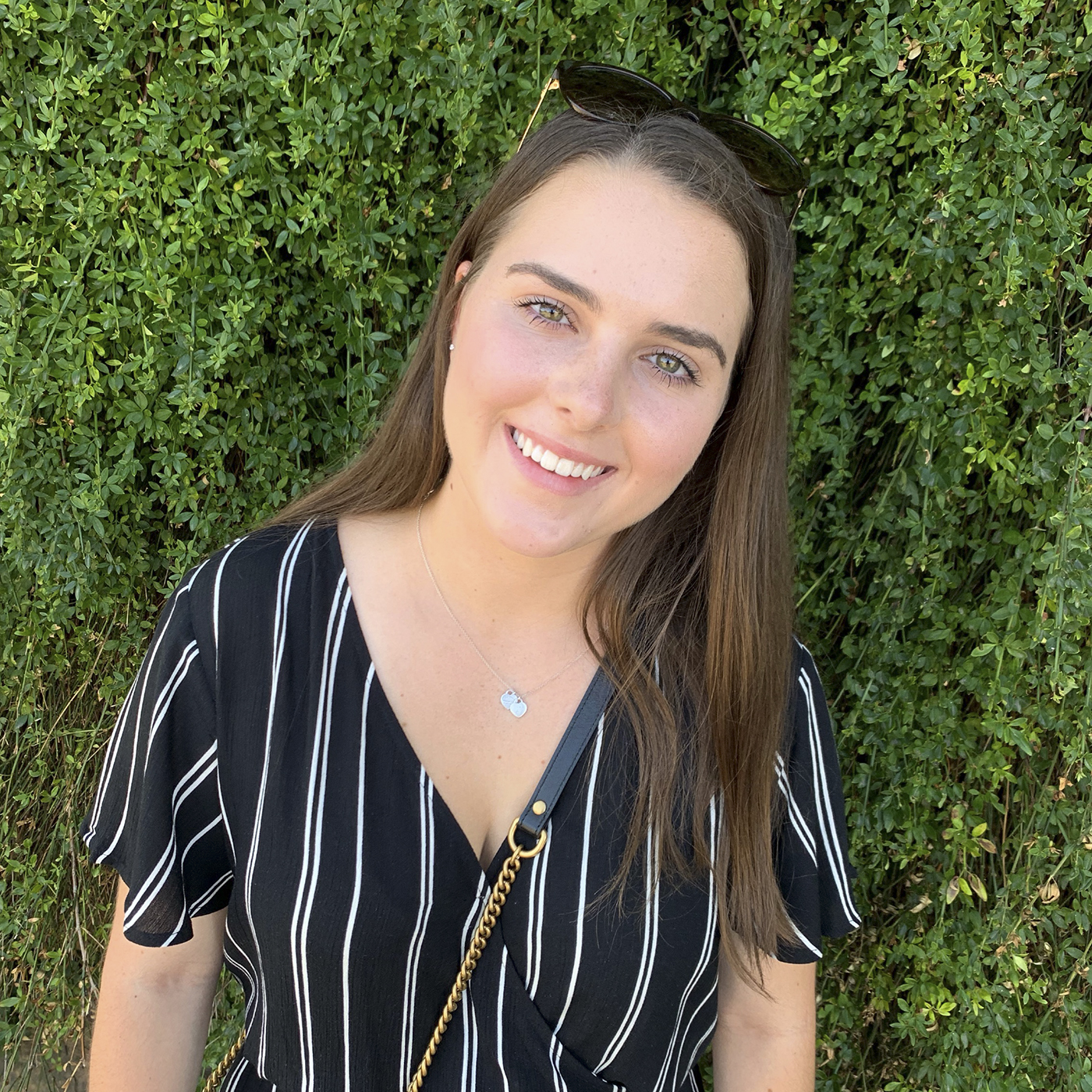 Week eight has been filled with reminders of the past and glimpses of the future. From more convictions in the college admissions scandal to the fast-approaching California primary, here’s This Week in the News.

UC Santa Cruz Master of Fine Arts and Ph.D. students have been granted a $2,500 housing supplement for this academic year, following their two strikes. However, this offer is conditional upon teaching assistants resuming their university obligations.

UCSC graduate students began their strike in December to obtain a cost-of-living adjustment, which is an increase in Social Security benefits to counteract inflation. The strike was accompanied by the graduate students’ refusal to teach, grade or hold office hours.

UCLA graduate students demonstrated their support for the strikers’ cause and shared concern for high living costs in the Court of Sciences on Feb. 19.

A woman pleaded guilty Feb. 21 to federal program bribery, tipping the number of guilty pleas in the college admissions scandal to over 30.

Chinese national and Canadian resident 49-year-old Xiaoning Sui was prepared to pay $400,000 to William Singer, the orchestrator of the 2019 college admissions scandal, so her son could gain admission to UCLA as a soccer recruit.

Sui was arrested on vacation in September for conspiracy to commit mail fraud and honest services mail fraud. She spent five months in prison while awaiting extradition to the United States.

According to prosecutors, Sui gave Singer an initial payment of $100,000, after which Singer forwarded her son’s profile to UCLA’s former men’s soccer coach Jorge Salcedo and the former head USC women’s soccer coach Ali Khosroshahin. Authorities have not determined whether Sui ever paid the remaining $300,000.

In an attempt to increase accessibility to voting for minority and low-income individuals, public transportation across many lines of LA public transit will be free on election day.

The prevalence of free transportation is also inspired by LA County’s decision to transition from polling places to universal vote centers. This change allows citizens to submit their ballots at any vote center in their area, regardless of their home address.

The Hammer Museum and Warner Avenue Elementary School centers open this Saturday, February 29. The Ackerman Union location is already operational. Prior to election day, hours of operation are from 8 a.m. to 5 p.m. On election day, all three voting locations will be open from 7 a.m. to 8 p.m.

LA voters can find their closest center at lavote.net.

In 2017, the administration of President Donald Trump ended the Deferred Action for Childhood Arrivals program, which allowed students brought into the country illegally as children to remain in the United States and receive U.S. work permits. The cancellation of this program has left fourth-year political science student Johana Guerra Martinez unpaid for her work as the USAC external vice president.

By fulfilling their duties outlined in the council’s constitution, USAC representatives receive a stipend. However, Guerra Martinez lost her DACA status Jan. 1, making her ineligible for compensation. As a result, she planned to give up her spot on the council.

With help from the UCLA Undocumented Student Program, Martinez was able to receive her stipend Monday in a lump sum. She will receive the remainder of her stipend as a scholarship through the program.

The University of California filed a lawsuit against the Trump administration for ending the DACA program, but the Supreme Court has yet to make any final rulings.

Due to a $2 million budget deficit, the UCLA School of Theater, Film and Television laid off 11 employees earlier this month.

In addition to layoffs, TFT has eliminated stipends, ended the renewal of many contract appointments and decreased certain spending budgets to compensate for the $2 million deficit.

This decision was made by interim dean Brian Kite, who took over for former dean Teri Schwartz, at the beginning of this year.

These changes come during TFT’s peak season as a large number of student-run films are produced during winter quarter, said Jake O’Hare, a graduate student in directing.

While TFT said in a statement that faculty and student services were not impacted by its actions, many are experiencing an increased workload.

For example, graduate directing student and graduate student representative of the production division Samantha Goodner noted that because of layoffs, the lighting and grip office is now shorthanded – among other TFT departments.

Students had the opportunity to voice their input Thursday night in an eight-year review of TFT. 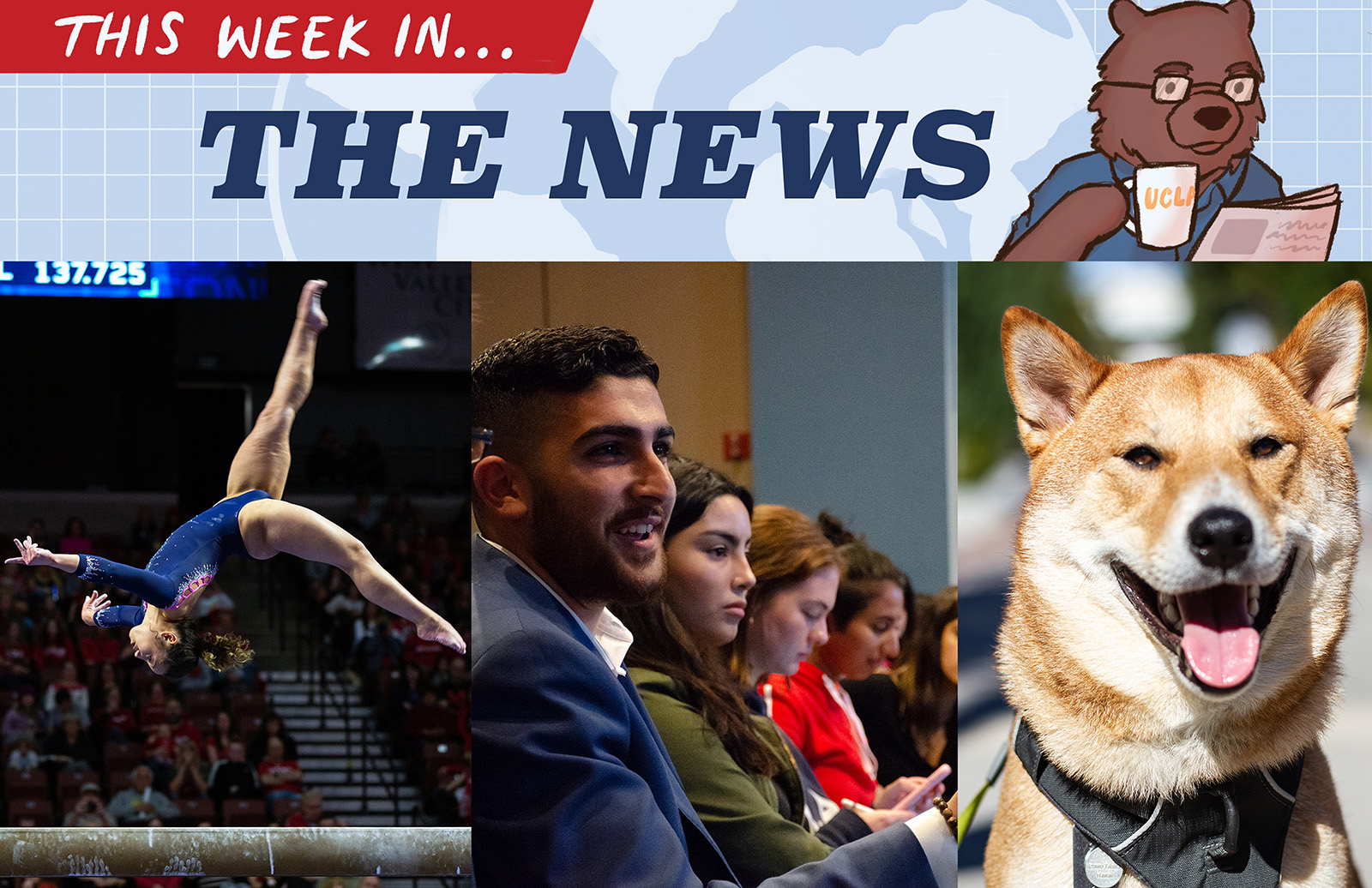 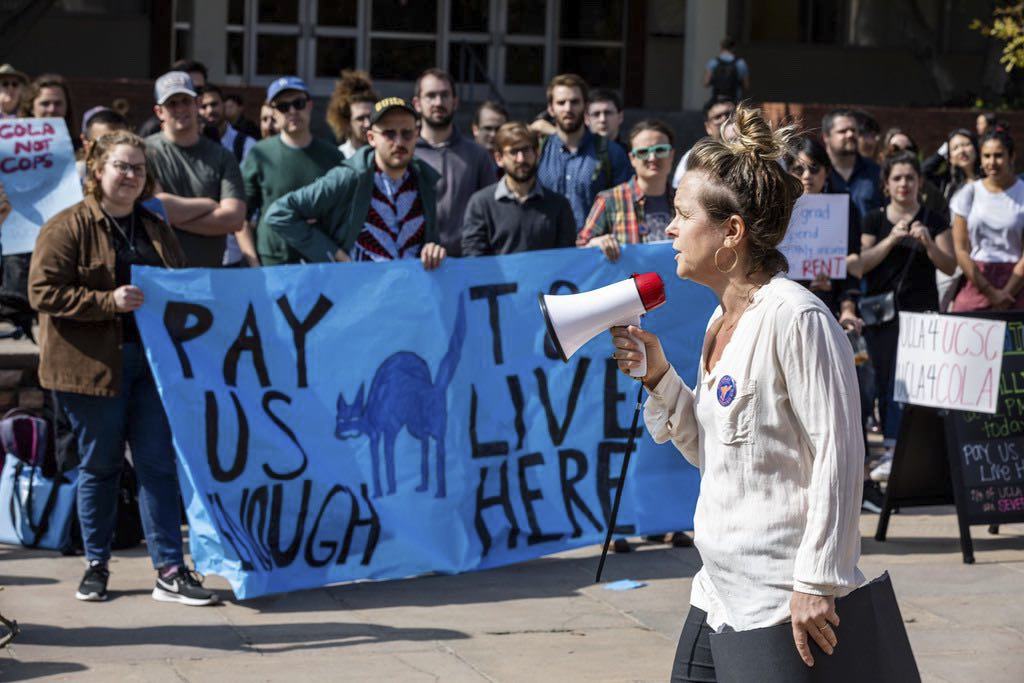