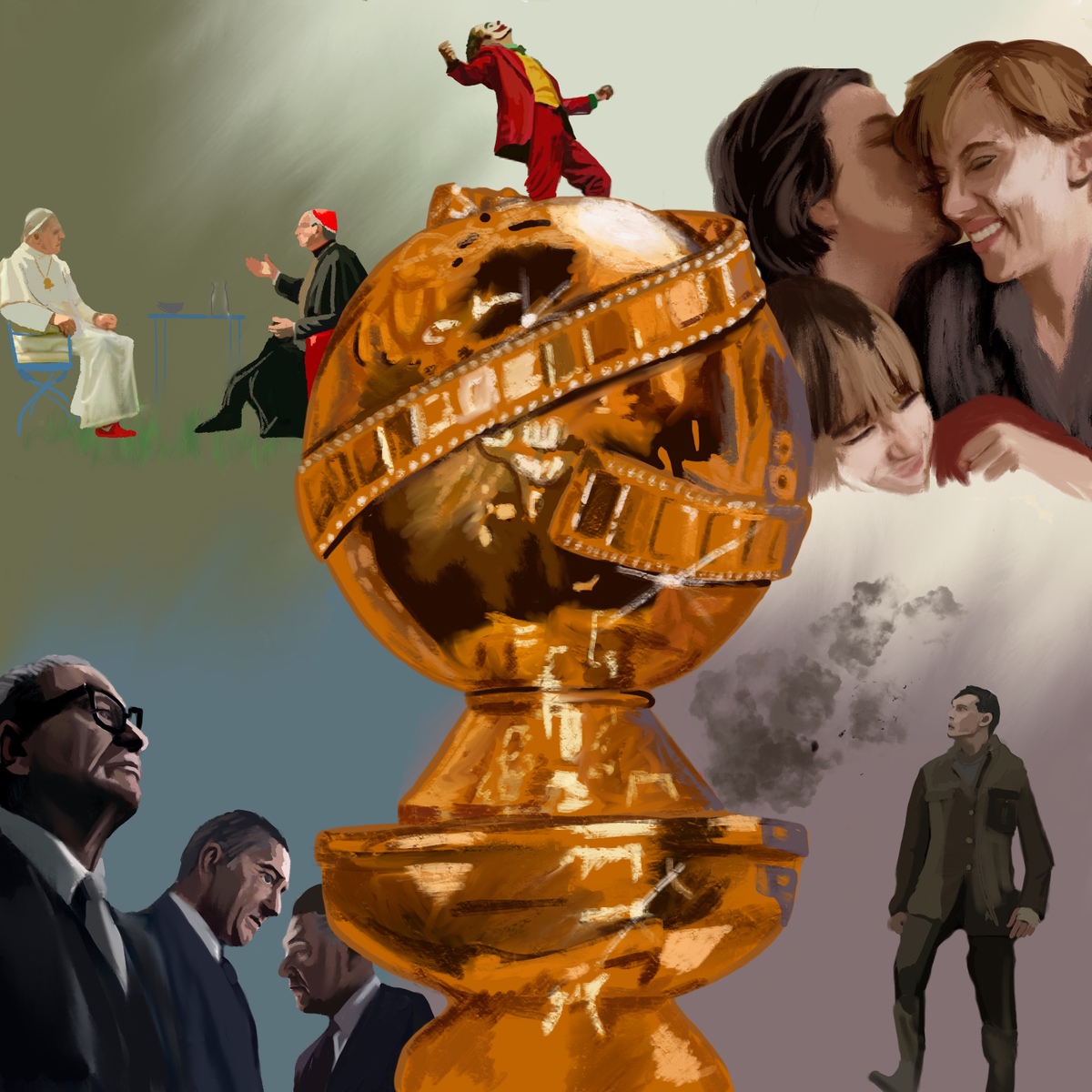 Little has changed since Natalie Portman presented the 2018 Golden Globes award for best director to a pool of all-male nominees.

The 2020 Golden Globes drew fire when its December nominations failed to recognize any women for either directing or writing, as well as its minimal recognition of artists of color. That initial controversy coupled with the shortcomings of last night’s show in terms of winners and tone hint at a disconnect between awards shows and changes in entertainment culture at large.

Presented by the Hollywood Foreign Press Association, the Golden Globes awards are decided by a body of about 90 entertainment journalists and photographers from across the world. The awards show by definition represents a particular opinion held by a small group of people. Nevertheless, the Globes often signal the start of awards season – the first major competition on the road to the Oscars.

The Globes have also been historically exclusionary, and this year was no different. Women have been nominated for directing only seven times in the Globes’ 75-year history. The show has also struggled with racial diversity, both in nominations and awards. This year, Awkwafina became the first person of Asian descent to win a Golden Globe in a lead actress category, a milestone that feels both gratifying and belated. Though previous years have ushered in incremental progress that broke prior levels of representation, this year there were no black or Latino winners.

In the face of this reality, an argument inevitably resurfaces every time nominations are released with nearly nonexistent levels of diversity – that there simply weren’t any films or TV shows crafted by women that merited nomination. Award shows place the responsibility and blame the dearth of nominations on studios in an effort to shift culpability. No matter how fallacious that may have been in previous years, that is most certainly not the case this year.

And there is still far more progress to be made in reaching parity. 2019 was something of a banner year for female directors, and it stings that the Globes failed to reflect that on any level besides an ill-conceived joke by host Ricky Gervais. The HFPA president himself seemed unconcerned with the lack of women, glibly saying the organization votes by film, not by gender, without offering any additional thought or substance about the underlying critique.

But as it turned out, the nominations were an indicator of the ways in which the Golden Globes remained out of touch with the shifting tectonic plates of culture in society, both in terms of diversity and everyday conversations. At the end of Gervais’ smug and grating opening monologue, he admonished the room of actors and filmmakers and told them not to use the stage to further political agendas. Gervais told the audience of celebrities and guests, “You’re in no position to lecture the public about anything. You know nothing about the real world.”

This mindset is utterly mind-boggling as the country finds itself at a political crossroads. Across every corner of society, unprecedented and unspeakable horrors are unfolding – hate crimes on the rise, reproductive rights under attack, a country on the brink of war and a planet battling climate change. Gervais isn’t wrong in the idea that many at the Globes retain a certain level of privilege, but he intentionally obfuscates that privilege with their platform.

Privilege doesn’t bar one from speaking out about politics – it makes it even more necessary. Celebrity, fame and the awards’ acceptance speeches grant a platform to access a broader audience. Fortunately, winners were undeterred, leading to speeches by stars like Michelle Williams and Patricia Arquette, who both offered impassioned pleas for viewers to vote in the 2020 election.

Additionally, filmmaking is and always has been inherently political. Film at its best is meant to hold up a mirror to society to reflect the real world. Gervais’ comment echoes a position held by someone with the luxury of disconnect who is able to separate their identity from politics. The fact that the Golden Globes and the HFPA would choose someone to parrot such a juvenile dismissal is a gross misunderstanding of this important aspect of cinema.

Perhaps it is impossible to find justice in the awards system. As long as the bodies that pick the awards and dictate the conditions of shows remain largely unrepresentative, awards shows will remain disconnected from the heartbeat of the culture. The Golden Globes have always seemed aloof, but as the film industry slowly begins to evolve little by little, that distance grows more stark with each year.

In the face of a blatant unwillingness to change, the only answer may be to invest more time and attention into more representative awards shows. The Golden Globes and the HFPA have made it clear that it is time to turn away from the cinematic institutions that fail to move into the future in order to recognize and celebrate the broadening pool and definition of talent in Hollywood.