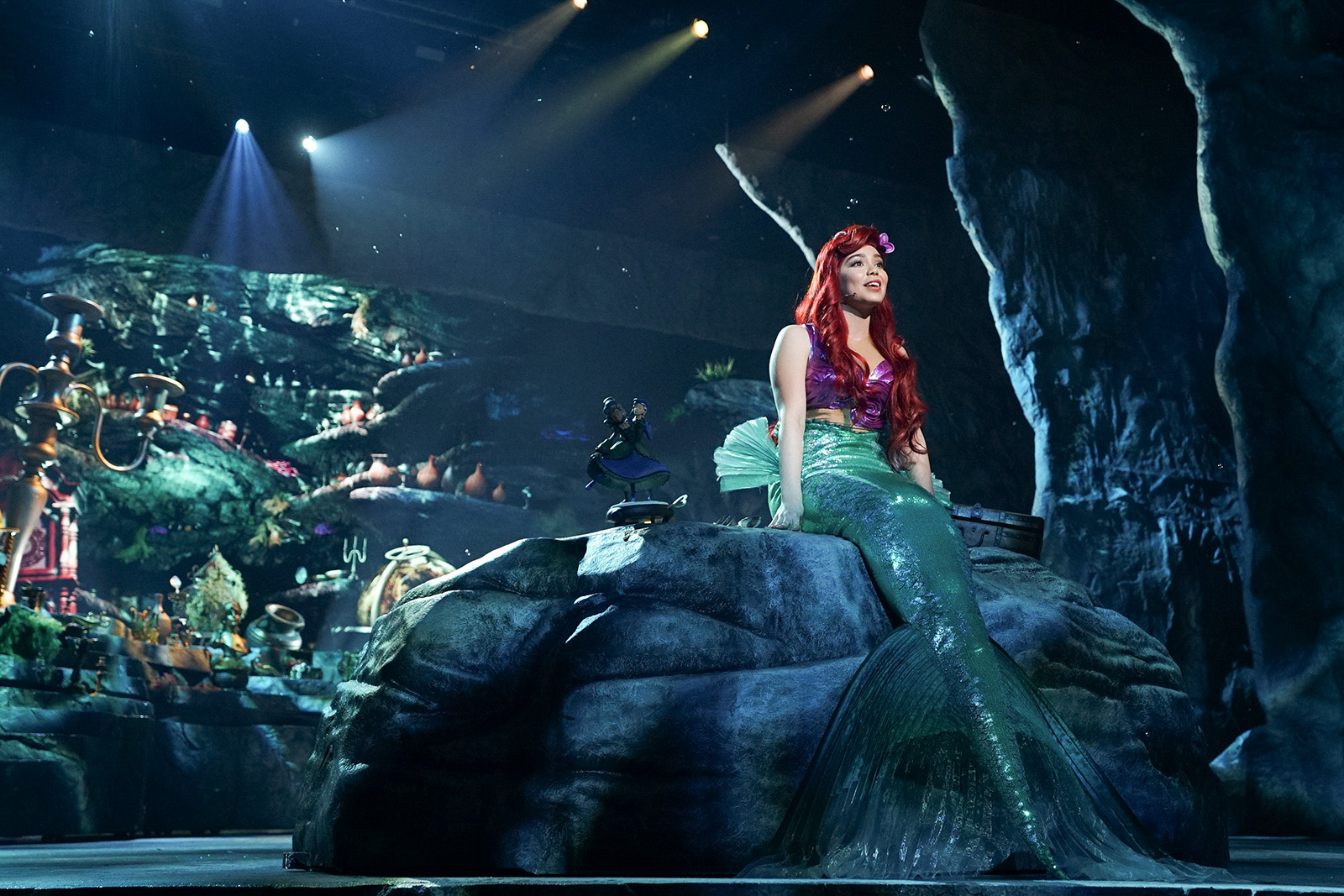 "The Wonderful World of Disney presents The Little Mermaid Live!"

Following the lead of networks like Fox and NBC, ABC dipped its toes into live theater with a hybrid adaptation of the Disney animated classic “The Little Mermaid.” Not to be confused with Disney’s upcoming live-action remake of “The Little Mermaid,” this production features the voices of Auli’i Cravalho as Ariel and Queen Latifah as Ursula, both of whom have familiarity with the musical film scene.

And on the stage, their talent shined too.

Decked out in complicated costumes hooked to wiring, both Cravalho and Latifah impressed with their musical numbers. The two stayed focused, despite Cravalho floating through the air and Latifah navigating human-sized tentacles. Without even a warmup to lead into each number, the two were impressive in their abilities to project songs such as “Part of Your World” and “Poor Unfortunate Souls” smoothly and powerfully to the studio and cameras as if on a Broadway stage.

Opening with a nod to the 1989 animation, the production brought in Jodi Benson, the original voice of Ariel, to welcome the audience. The studio came alive with maritime props when the curtain raised for the opening song, “Fathoms Below.” Aside flying seagulls suspended from rods and a life-sized ship’s mast, acrobats dangled from ropes, and a collection of singing and dancing sailors accompanied the song on stage. While the action of the number grabbed the audience, it was the live-action equivalent of Prince Eric’s (Graham Phillips) sheepdog Max that stole the show.

From there, the show cut into one of many transitions between live action and animation. The transitions usually involved a camera panning in on a projection of the animation on the stage curtain, eventually cutting to a full-screen TV display of the 1989 film. The passage between the two mediums was surprisingly seamless, with a standout scene being the superimposition of Latifah’s Ursula onto an animated mirror in the original film. Rather than relying on the animation to show Ursula beneath her facade as Vanessa, the production cleverly combined the two mediums to make the live-action production appear part of the animated universe.

However, there were moments where the suspension of disbelief falters, as in Phillips’ performance as Eric in “Her Voice.” The song, originating in the Broadway production of “The Little Mermaid,” features Eric staring lovingly upon an animated Ariel, superimposed on the stage curtain. But as the audience had already been introduced to Cravalho by that point, having Phillips sing to a cartoon was a bit off-putting.

In addition to momentary awkwardness in the blending of live-action and animation, Shaggy’s opening number as Sebastian, “Under the Sea,” didn’t quite land. Cravalho’s interjections in the song seemed an unnecessary addition to the number, as the sweetness of Ariel’s voice did not mesh well with the calypso and reggae influence on Sebastian’s. Moreover, while Shaggy’s tone and acting fit the role of Sebastian, his vocals were too tight to sing smoothly through the first few upbeat lines of the song, making the performance choppy and pulling the audience out from under the sea.

However, the intricacies of the props and special effects throughout the musical numbers more than made up for any of these objectionable instances. A collection of remarkable set pieces and puppets were used to transport the live audience into the animated world. Audience members were even invited to participate in the performance themselves, being handed items such as crab claws for the rendition of “Les Poissons” and hats topped with river reeds for “Kiss the Girl.” And while their synchronized dancing with the props was often cheesy and awkward, it also added to the upbeat excitement of a live-action show.

Giant jellyfish with aerialists wired below them were also spread around the stage for “Under the Sea,” while dancers dressed in colorful, fish-inspired costumes sang harmonies with a collection of mermaids. Marine costumes made a reappearance during John Stamos’ stellar impression of the eccentric Chef Louis in “Les Poissons,” as giant crabs tried to evade the chef in the stage-turned-kitchen.

Adding to the aquatic theme, the studio was often brimming with bubbles to imitate a submerged environment. Blue lights caught the bubbles, creating a mesmerizing effect that imitated the underwater look of sunlight refracting on the surface.

Pyrotechnics even made an appearance in production in the rendition of “Poor Unfortunate Souls.” Timed to the lyrics “I fortunately know a little magic,” flashes of color mimicking fireworks lit up the stage, with theatrical pyrotechnics used throughout the song to induce an aura of dark magic. Puppet versions of Flotsam and Jetsam, complete with glowing yellow eyes, added to this effect. Other puppets, such as one portraying Flounder, also shared the spotlight during the live performances.

ABC’s spectacular special effects, star-studded cast and surprising take on the live-action musical may have been unexpected. However, it’s fitting that in trying to bridge the gap between live theater and animation, ABC chose a storyline that is also focused on bridging the gap between the two seemingly disparate worlds above and below the sea’s surface.

But while Ariel had to choose between being either a human or a mermaid, ABC seems to have sidestepped any ultimatum with “The Little Mermaid Live!,” combining animations and live performances to create a new world that is exciting to be a part of. 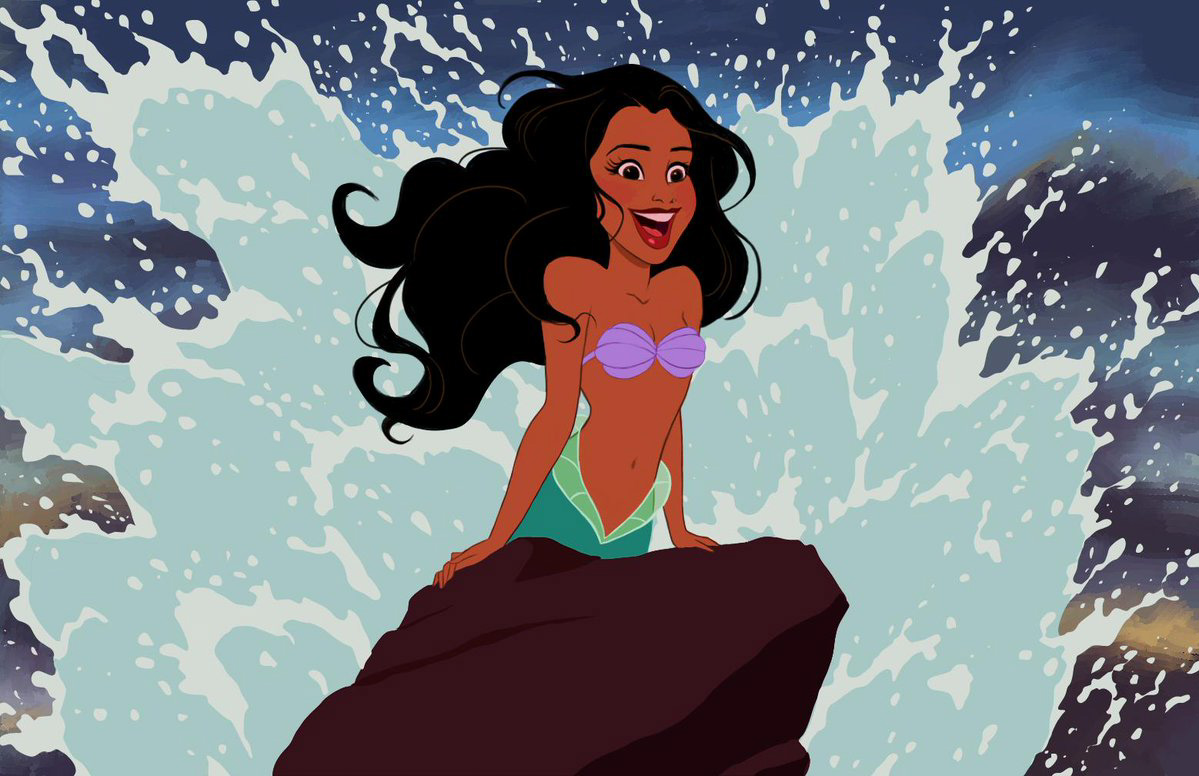