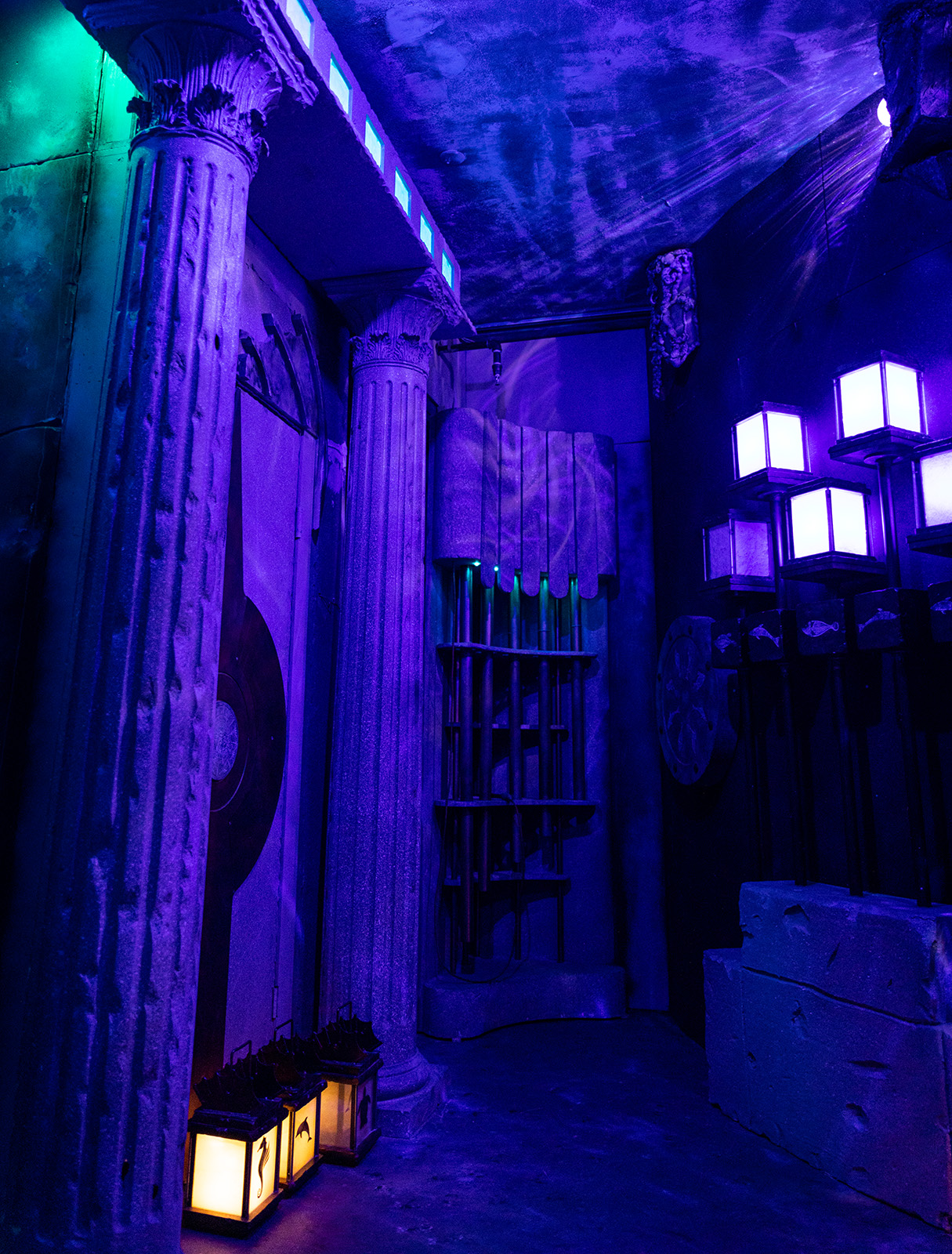 The “Atlantis” escape room submerges visitors in another world outside the space’s Downtown LA location with its technology-based clues. (Ashley Kenney/Daily Bruin)

The lost city of Atlantis isn’t located at the bottom of the ocean – there’s an entrance in Downtown Los Angeles, if you can figure out how to activate the portal.

“Atlantis” begins in the study of a professor who has created a device to open a portal to the city, instructing them to explore the room and find clues on how to activate it. This part of the experience is much more like a traditional escape room, complete with combination locks and switches to be flipped. It’s almost too easy, but helps users build momentum for the more difficult challenges that follow. Once the machine is activated, visitors gain access to Atlantis and can explore the sunken city, aided by a handy ink stamp that “magically” gives them the ability to breathe underwater.

The design of the underwater portion of “Atlantis” was inspired by Greek and Minoan architecture, with all the objects and set pieces in the escape room custom-made or printed for the room, said Escape Room L.A. founder John Hennessy, who also created “Atlantis.”

Because of the intricate process required to assemble the various elements, the room has been in development for a year. Fantasy themes are particularly difficult to pull off in an escape room, but “Atlantis” does a robust job of making the most of its space and materials, from the towering columns framing various entrances to the mosaic art pieces that adorn the walls.

Hennessy said he loved the idea of Atlantis since childhood, and has enjoyed all the films and books written about the mythical sunken realm. The legend of the city served as the perfect setup for an escape room storyline, and also offered a vision of a happy, productive society that entranced him, he said.

“The whole thing just seemed very appealing and attractive to me,” Hennessy said. “It’s a place I wish I could visit in real life, so I wanted to recreate it.”

The scenic design of “Atlantis” is incredibly immersive and thoughtful, particularly because the aesthetic of the room isn’t just limited to creating setting-appropriate puzzles. Details from the ornate metal fixtures on the wall to a stone water fountain that flows throughout the duration of the experience add to the atmosphere of the room, instantly transporting you away from the industrial building the escape room is housed in.

The true centerpiece of the escape room is the technology that powers all of the puzzles. Once you enter “Atlantis,” almost all of the puzzles involve some sort of automation or computer processing, which does take away some of the hands-on interaction and gameplay that makes escape rooms fun. There’s something inherently satisfying in the click of a solved combination lock that can’t be replaced by the lights and sound effects.

However, what is lost in this trade-off is made up for in the otherworldly, magical effect that comes from puzzles that seem to spontaneously trigger effects. By camouflaging the technical process, the escape almost feels more like starring in a fantasy movie rather than merely solving an elaborate game room.

The technology is much more advanced than other escape rooms at Escape Room L.A., Hennessy said. Three different coders worked on the room to write a program that would essentially control the room, and the increased technological capabilities expanded the realm of possibilities for potential puzzles. For example, one portion involves using clues to find the correct order to play large chimes, with blinking lights to indicate a correct or incorrect melody.

“It’s more surprising than figuring out a combination and opening a drawer, although I think that’s still fun too,” Hennessy said. “It really depends on the setting. … You wouldn’t find pedestals with neon lights in them in a detective’s office, but when it’s a fantasy world, you can make up what’s there.”

“Atlantis” truly submerges guests in another world, creating an experience that stands out from other escape rooms because of the technological aspect. The puzzles aren’t always intuitive, which would make the room difficult for first-time visitors or escape room novices. However, “Atlantis” serves as a satisfying adventure for repeat escapees and explorers. 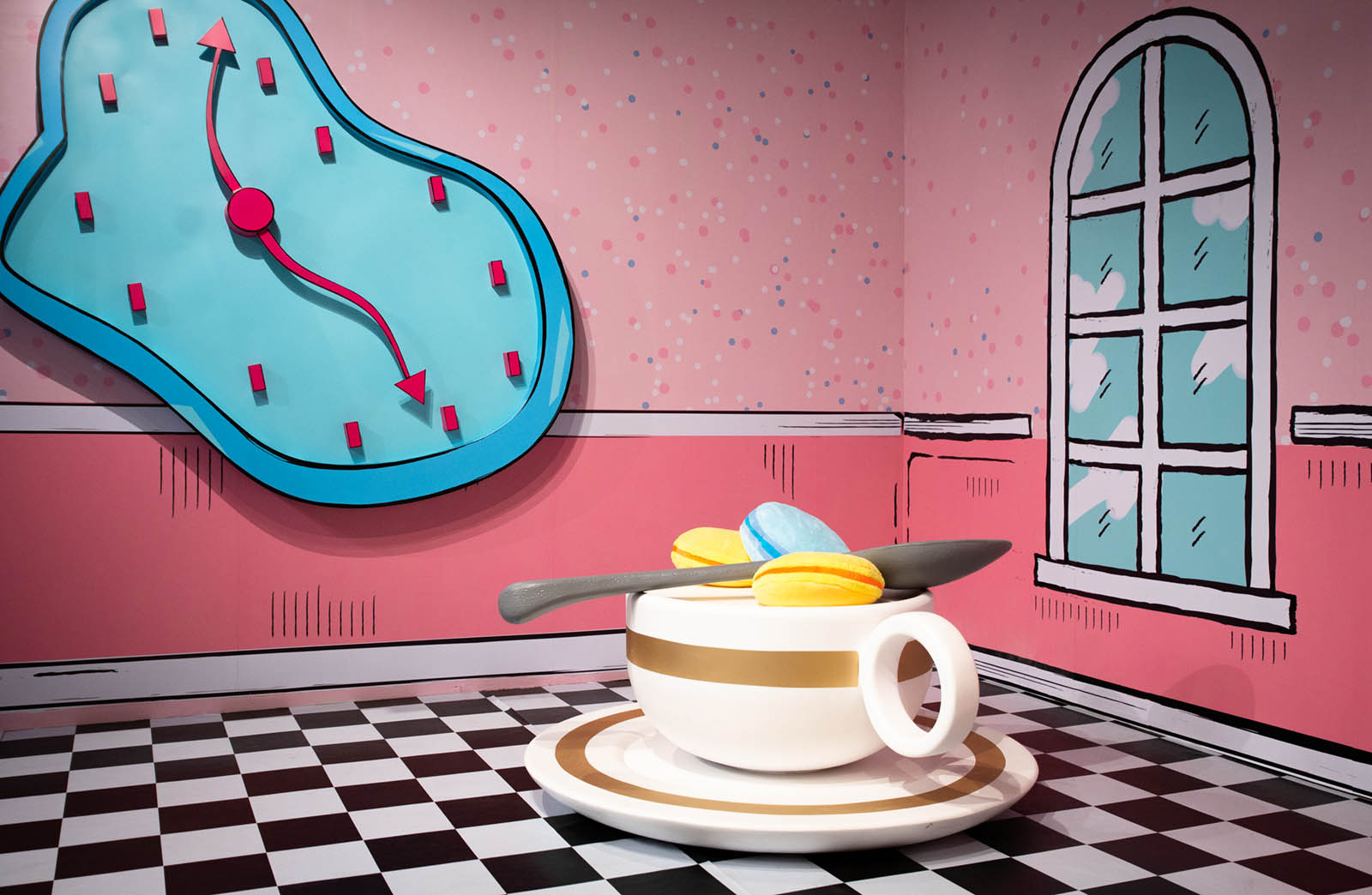 Pop-up review: WonderWorld’s display of whimsy lives up to world down the rabbit hole