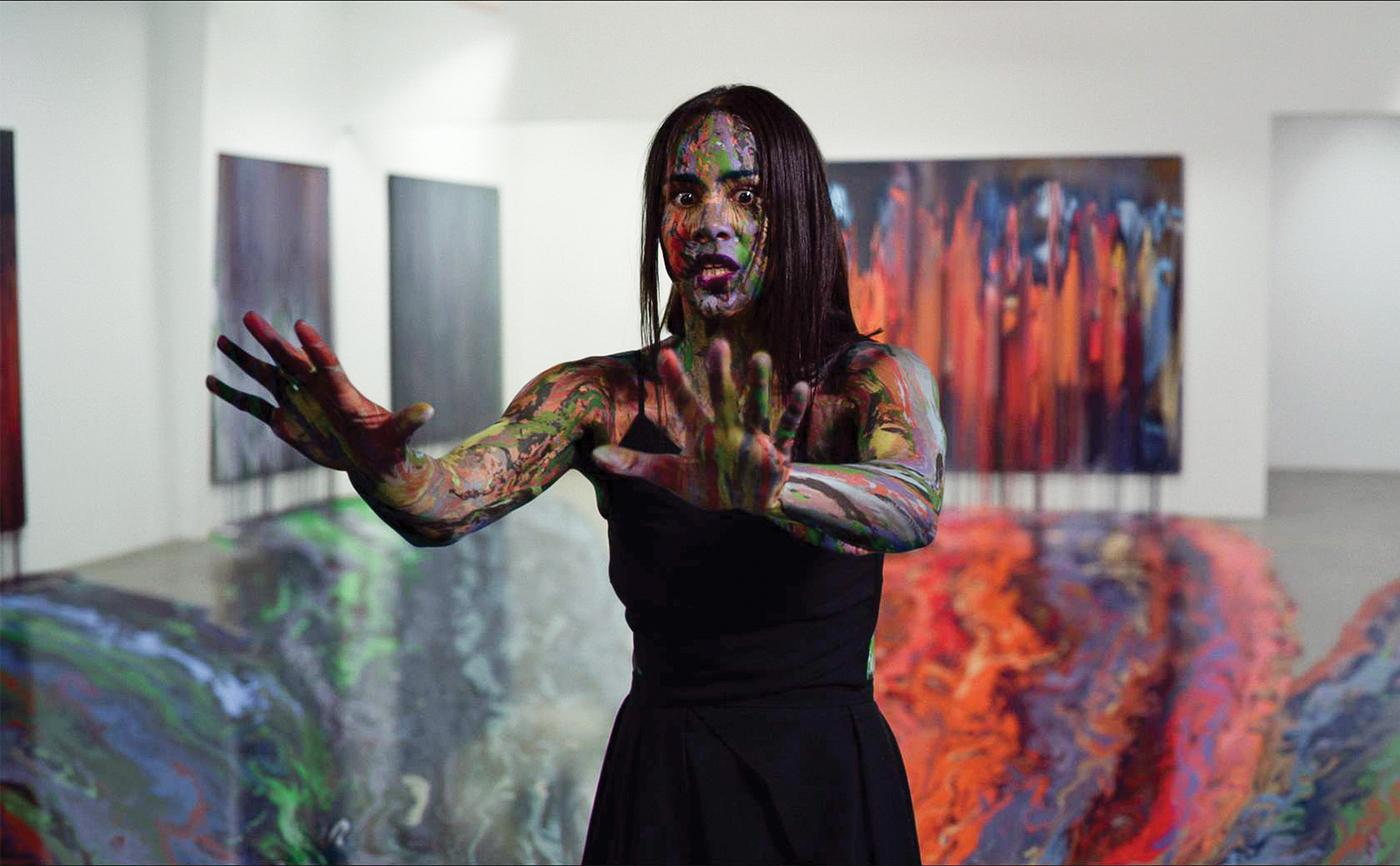 In 1919, French artist Marcel Duchamp slapped a mustache onto a postcard of Leonardo Da Vinci’s revered “Mona Lisa.” In the same way that Duchamp’s absurdist gesture knocks the artwork clean off its high horse, two recent movies do the same to the idea of the art institution – with a resounding thud.

Both “The Square” and “Velvet Buzzsaw” navigate the choppy waters of the art world through different routes. A Swedish curator’s revelatory encounters within his museum and in his personal life structure “The Square.” Meanwhile, the horror-mystery “Velvet Buzzsaw” zooms in exclusively on the art world’s socioeconomic dynamics through multiple gallery personnel capitalizing off a dead man’s artwork. In efforts to deconstruct the perceived superiority of the art world, I turned to these films’ exposition of two-faced intentions and problematic social details involved in the display of artwork.

“Velvet Buzzsaw” paints a vivid landscape of the different agents – the gallerist, art critic, artist, installer and assistant – involved in the monetization of artworks. Those uninvolved in the realm of art production or marketing submit to insiders’ critiques and evaluations, from assigning monetary value to simple appreciation. But “Velvet Buzzsaw” reveals that a rigid hierarchy prevails within this network of occupations. Everyone relegates the installer, for example, to the lesser realm of manual labor and fails to see his role as integral. No installer means no installation. Even in the art world, the obvious is overlooked.

Artists, however, appear to occupy a more ambiguous role. In the movie, viewers at an Art Basel Miami Beach gallery opening “ooh” and “aah” over artworks created by an artist named Piers. At the event, a young gallerist pleads with Piers to submit his work for display in his gallery. While Piers’ works are appreciated and autonomous in the public eye, the private market treats the maker himself as an object to be acquired and ping-ponged between gallerists for profit.

Jake Gyllenhaal encapsulates the hypocritical art critic through his character Morf, who is delighted when he hears, “In our world, you are God.” His ego bursts at the seams because these words suggest critics’ opinions on an artwork’s value are as good as law. Morf speaks idealistically of art’s ability to be an exploration of origin and essence – a metamorphosis of spirit and reality, but all the while, he caters to only a tasteful and financially prosperous few.

The role of language in reinforcing the exclusivity of understanding artwork is again highlighted in “The Square” during an awkward interview between a museum curator and a literal-minded journalist. The curator botches a simple explanation of the museum effect question – whether an ordinary object acquires status as artwork by virtue of being placed in a gallery setting – by employing jargon like “dynamics of the exhibitable and construction of publicness.” In the realm of the real world, his words fail to communicate anything substantial and instead leave laypeople feeling intellectually incompetent.

There are, however, efforts to collapse the gap between life and art – but with dire consequences. Christian, the curator in “The Square,” invites a performance artist to mimic an ape in an exhibition’s opening gala. At first, the ape man’s four-legged hobbling and grunts amuse the elite crowd. But things escalate quickly: The show comes to an abrupt halt after the ape man grips a woman’s immaculate hairdo to drag her across the ballroom. His actions quickly expose the audience’s false sense of secure boundaries separating life and art, an illusion they subscribe to.

In “Velvet Buzzsaw,” artist Vetril Dease’s spirit takes vengeance upon those who attempt to profit from his work. The gallery assistant who initially stole his paintings meets her demise when paint begins creeping up her legs until she becomes artwork herself, immobilized with an eternal expression of horror. In an absurd and supernatural way, the scene speaks to the movie’s overall framing of artwork as triumphant over a world that attempts to fasten absolute and objective values to it.

Vetril’s drastic postmortem popularity also perpetuates a well-known phenomenon: glorifying a dead artist who was dismissed in life. Similar cases, such as that of Vincent van Gogh, expose the contingency of taste and reveal another paradox. If taste is subjective and dependent on external functions like place and time, how could any individual, like an art critic, dictate its definite value? Suddenly, the critic’s prerogative flakes away to reveal a position designed to provide a sense of direction and prestige to clients – clients who wish to funnel their money towards whatever their peers deem groundbreaking.

From Duchamp to contemporary film, art about art tends to be critical and revelatory. Similar to a scene in “The Wizard of Oz,” the curtain reels back to reveal that the great wizard is but a small, insecure man. Once demystified, it’s easy to shrug off the imposing illusion that certain artwork is the intellectual and emotional property of only a select few.