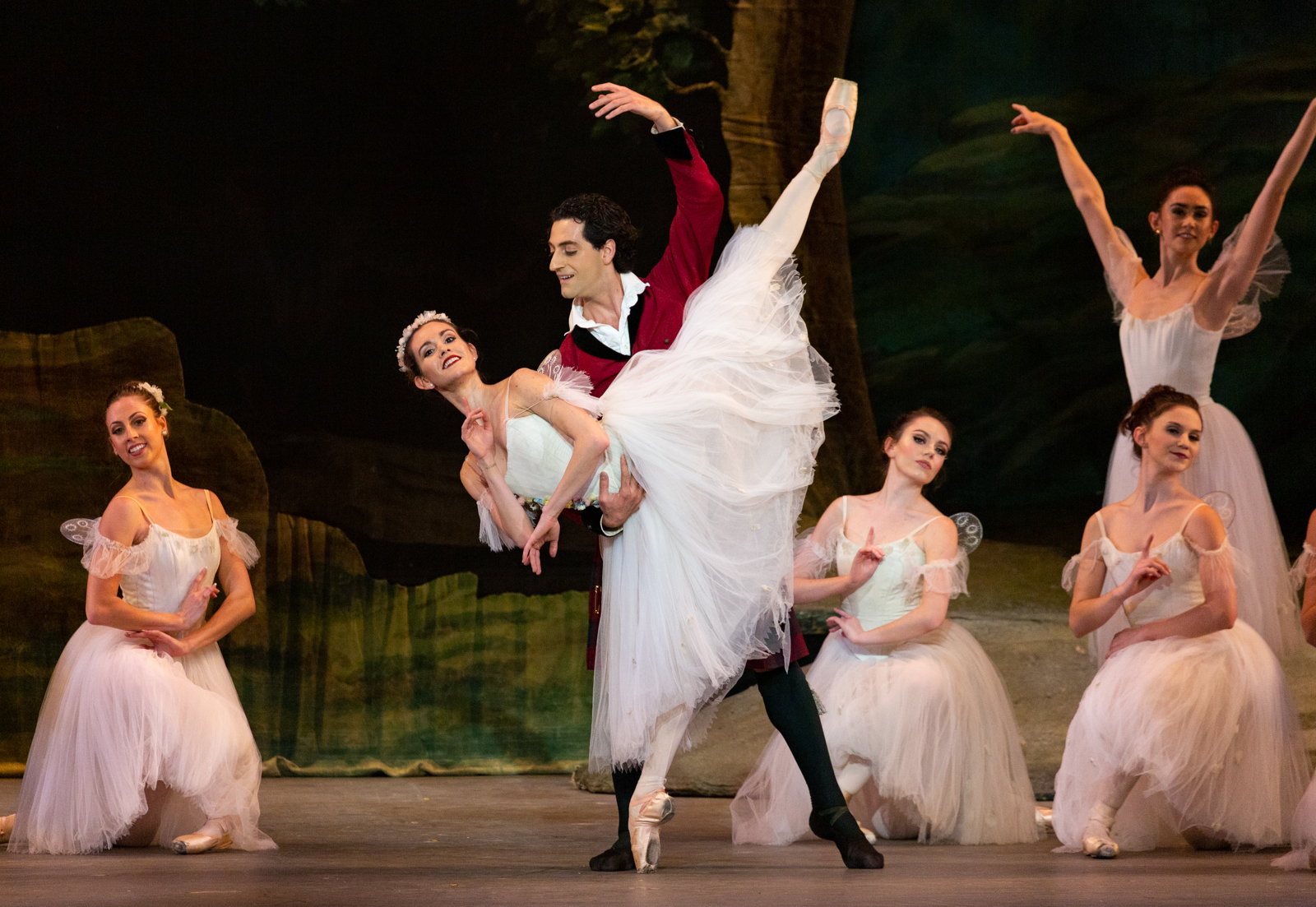 Los Angeles Ballet performed both “Serenade” and “La Sylphide” at Royce Hall on Saturday. The two contrasting performances allowed the other to shine, one for its simple staging and the other for its intricacy. (Amy Dixon/Photo editor)

Performed at Royce Hall on Saturday, the two works complemented one another unexpectedly, highlighting the strengths of each production. The works were tied together thematically through elegant, ethereal figures in long flowing costumes.

“Serenade,” originally choreographed by George Balanchine, featured 28 dancers on an undecorated stage, illuminated by soft blue lighting. The movement within the dance, best described as soft and graceful, culminated in a scene during which one dancer embraced another. The moment of intimacy, filled with a surprising amount of strength seen through her physicality in her arms, evoked a sense of simultaneous camaraderie and vulnerability between the dancers.

In stark contrast, “La Sylphide,” originally choreographed by August Bournonville and adjusted by Thordal Christensen, features a convoluted but entertaining plot. The ballet details the complicated relationship between lovers James (Tigran Sargsyan) and Effy (Chelsea Paige Johnston), which is put to the test when a scorned witch named Madge (Colleen Neary) and a mischievous Sylph (Petra Conti) enter the picture. After a series of poor decisions and deceptions, James finds himself heartbroken as Effy marries another man named Gurn (Magnus Christoffersen).

Bournonville lives up to his reputation as a choreographer known for intricate footwork, and the complexity of his work shines. In the first scene, Conti performs a series of small but technically demanding jumps, while maintaining a light, flowing quality in the arms to give the illusion of floating. She later succumbed to the difficulty of this feat, as her arms tensed from time to time. She also appeared tired as her legs wobbled in slower steps that required more control. Though her acting skills were commendable, her unsteadiness led to an underwhelming performance.

Exhaustion appeared to be the theme of the night. During the second act, the corps de ballet – a large group of dancers that perform the same choreography – portrayed the sylphs. In their moments of stillness, physical exhaustion seeped through their fairylike appearance. Though their dancing was a wondrous feat, with the difficult and intricate footwork executed flawlessly, tiredness seeped through their smiles and eyes as they settled into the perimeter of the stage.

Perhaps the most commendable dancing of the evening, however, took place in the first act of “La Sylphide,” in which Effy and her friends dance in an upbeat tableau. Los Angeles Ballet School student Naomi Mohn, dancing the role of Little Girl, held her own in the group choreography, despite standing a head shorter than all the company members. Mohn’s incredible maturity while acting demonstrated skill beyond the capabilities of most young dancers.

The energetic scene also featured Effy wearing braids, tasseled socks and character shoes, or black heeled shoes meant for dancing. Her bubbly attitude made her appear an eager bride. The large group dance proved to be a whirlwind of color, featuring different reds, forest greens and mustard yellows all in various forms of plaid to create an aesthetically pleasing, exhilarating celebration against the brown wood setting.

In conjunction with the elaborate scenery, the emphasized role of humor in “La Sylphide” made LAB’s iteration engaging for younger audiences. Gurn kisses Effy’s hand while she fights with James, and Madge physically knocks Gurn down to one knee to get him to propose to Effy, as he appears too nervous to profess his love without her help

Further, Christoffersen and Neary served as comic relief as Gurn and Madge, who refreshingly drive the plot along. Madge, after being scorned by James, spits on his body at the end. In the bows, Madge was also bequeathed a bouquet of sticks, causing an audible chuckle throughout the audience.

“La Sylphide” yielded more than just laughs, however, with impressive technical elements atypical in ballet. In the first scene, the Sylph magically ascends up the fireplace, and later mysteriously disappears from under a blanket. Madge stirs a smoking cauldron, which is eventually pulled offstage by unseen forces. Executed seamlessly, these technical feats created a sense of awe.

Ultimately, the clever yet unusual double bill emphasized the works’ differences but also allowed each to shine for what it was – “Serenade” for its simple staging, and “La Sylphide” for its incredible intricacy. Despite its shortcomings, the production brought a sense of fun to a serious art form. 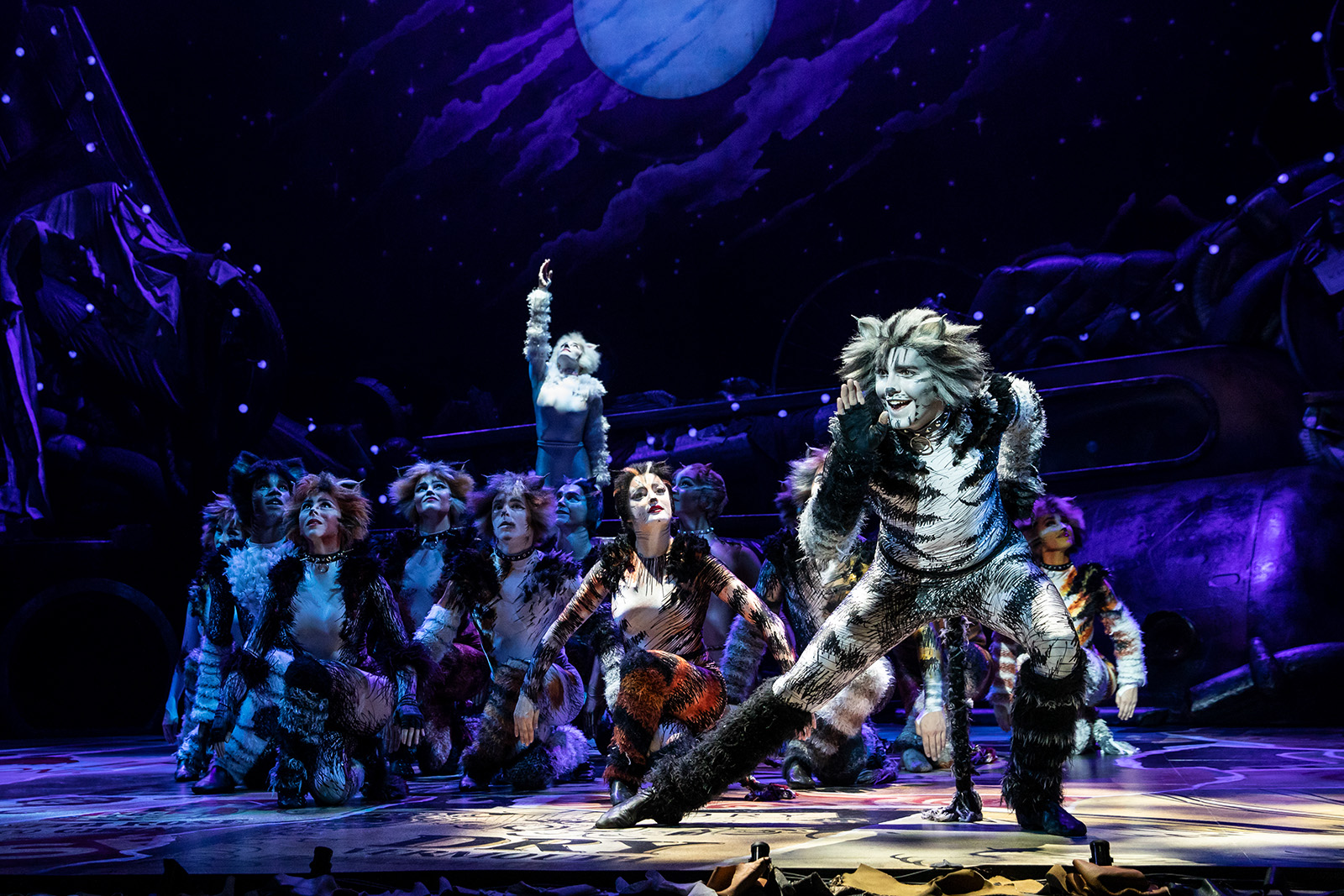