Gamer’s Guidebook: Open-world games allow for more exploration, but can be inhibited by repetition 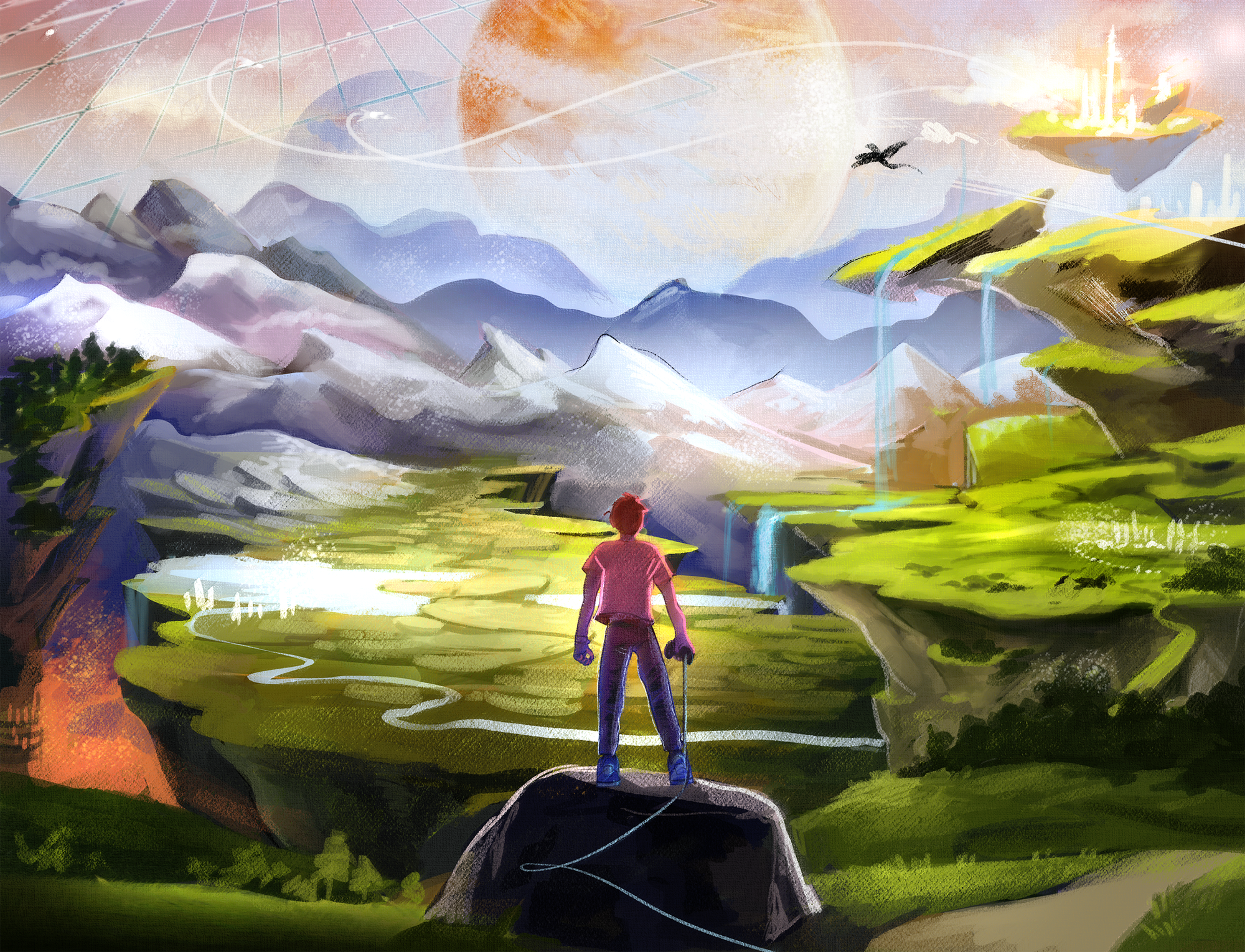 Gamers now have the means to explore countless universes from the comfort of the beanbag chairs in their basements.

Open-world games have seen a gradual growth in popularity over the past several years, with more and more games boasting the quality of their nonlinear gameplay. “Open world” originally described any game with a large map players could explore at their own pace. Influential titles such as the “Grand Theft Auto” games in the early 2000s popularized what we call open world today, which is generally characterized by the ability to approach locations and problems in a variety of ways, all within a loose plot players can ignore in favor of exploring the world around them.

Games like “The Elder Scrolls V: Skyrim” or “World of Warcraft” are popular because they provide immense opportunity for exploration. However, more to explore is not always a good thing. In some cases, open-world games’ vast areas become repetitive, which can actually detract from their fun.

The recent and controversial “No Man’s Sky” is one of the most publicized examples of repetition ruining an open-world game. It boasts more than 18 quintillion planets for spacefaring players to explore, each complete with its own documentable, randomized flora and fauna – a game designed to be the ultimate outlet for players’ endless curiosity.

Unfortunately, the launch of “No Man’s Sky” infamously failed to live up to the game its developers had advertised. Its exploration aspect quickly grew stale because the developers used randomized procedural generation to create the worlds. That is, each planet’s lifeforms and geography are a combination of possible attributes assembled by a computer.

Every planet feels like a mess of random components, and no one planet has the cohesion or atmosphere of the average video game setting. In maximizing the quantity of places to explore, “No Man’s Sky” sacrificed quality.

The exploration aspects of Ubisoft’s “Assassin’s Creed” series are much better. The games craft vast recreations of historical cities like London and Paris, and allow players to step into the shoes of characters who lived through significant historical events. Exploring the city streets of the American Revolution or the entirety of ancient Egypt rewards players with countless Easter eggs related to game content and real-world history. It certainly beats reading a history textbook.

The designers of “Assassin’s Creed” painstakingly reconstructed real-world locations in their games, which keeps the settings from feeling as shallowly constructed as those in “No Man’s Sky.” However, the games still have some elements of tedium – assassination missions can get repetitive, and climbing towers to expand the map is often monotonous.

In contrast, last year’s critically acclaimed game, “The Legend of Zelda: Breath of the Wild,” manages to keep most of its discoveries fresh. The game encourages players to experiment with the world around them, making dynamic use of elements like fire and rain. I was amazed when I figured out I could cause an updraft by setting fire to the grass around me.

The developers took the time to create natural and civilized areas that feel distinct from one another, and the gameplay also feels dynamic because almost all the side quests have fresh objectives. One asks the player to discover a new food recipe, while another forces the player to stand on a fiery platform without dying and still another involves gathering townspeople for a new settlement. My favorite side quest involves Link seeking out in-world locations depicted in photographic clues.

“Breath of the Wild” employs the same map-tower mechanic as “Assassin’s Creed,” but it does a better job avoiding monotony by limiting the number of towers in the game and associating each one with its own distinct puzzle. The game does struggle in some aspects, including the limited variety of enemy types and the tedious search for collectible items, but most parts of the game feel like fresh discoveries for the exploring player.

As it is, every open-world game struggles in its own way with repetition and monotony, but they’re getting better. As gaming technology continues to evolve, video games grow closer to reaching the perfect formula for exploration and discovery.