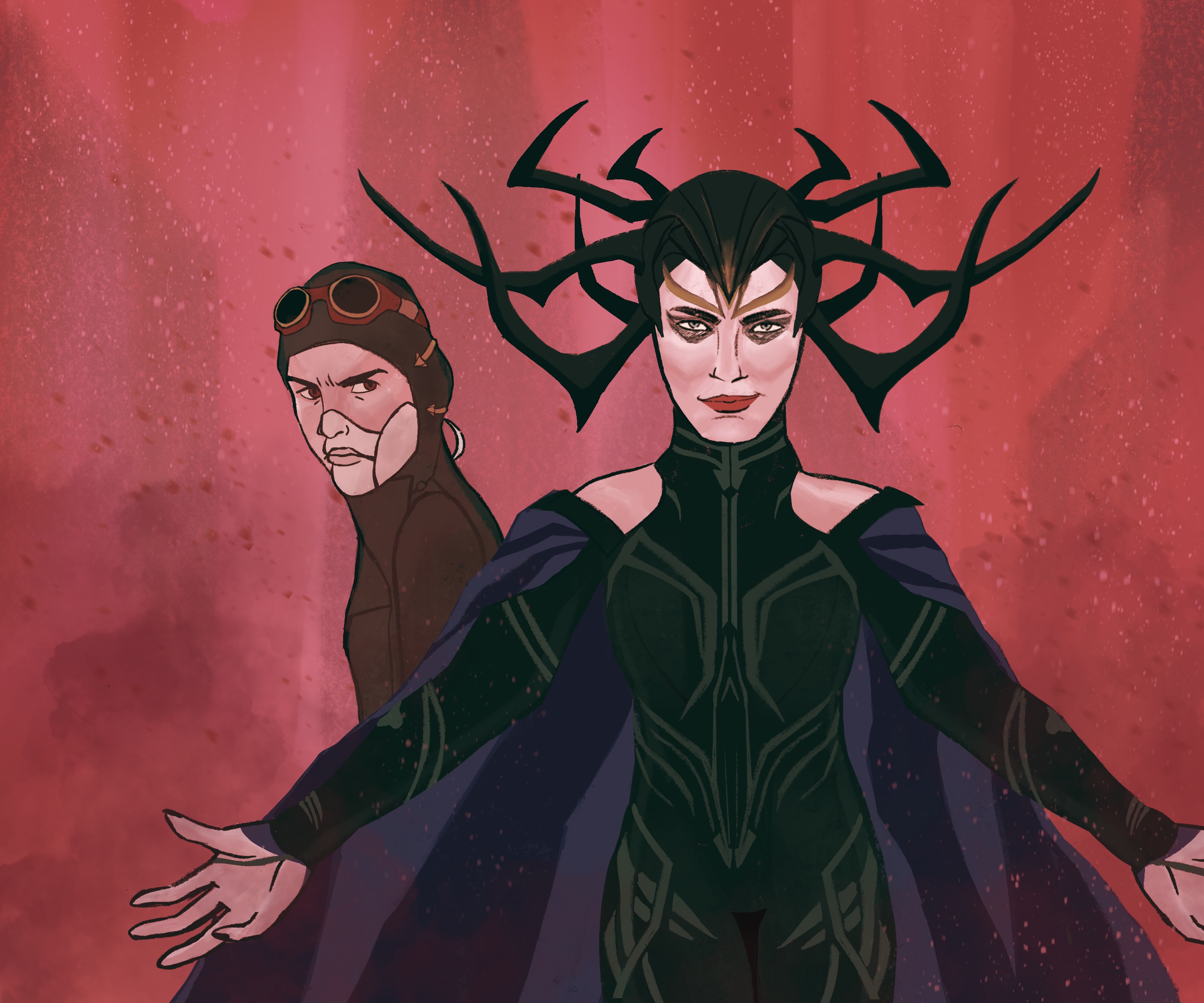 “Wonder Woman” was everything I wanted from DC – until Sir Patrick revealed himself as Ares and turned the film’s climax into a messy CGI showdown.

The flashy fight against Ares was a mess not only visually, but also in the structure of its villains’ narratives. The excessive amount of attention paid to Ares in the last act of “Wonder Woman” renders Dr. Poison useless as a villain, undercutting some of the film’s central messages about female empowerment.

From the #MeToo movement to increased female representation in Hollywood with films like “Lady Bird” and “Wonder Woman,” 2017 was a year of shifting paradigms in terms of on-screen feminism. Two of the year’s most prominent superhero movies – “Thor: Ragnarok” and “Wonder Woman” – also featured dangerous female villains. However, the portrayal of both female villains is blatantly different. “Thor: Ragnarok” presents Hela as one of the most lethal villains in the Marvel Cinematic Universe – in comparison even to Surtur and Thanos. Meanwhile, “Wonder Woman” only provides a weak characterization of Dr. Poison before shifting its focus to Ares as its primary villain.

A defining characteristic of great villains is their relatability — they don’t need to have audiences cheering for them, but their motives have to be understood. “Wonder Woman” devotes negligible screen time to explain Dr. Poison’s motives, leaving the audience guessing at the reasons for her toxic experiments: Either she exhibits undying love and loyalty toward her evil superintendent General Ludendorff or is purely evil and enjoys seeing others suffer.

Hela, on the other hand, has clear motivation behind her massacres and manipulative tendencies. The film provides a generous backstory, explaining how Hela, the oldest child of Odin, was once his partner in conquest. When Hela makes a powerful first entrance, she explains to her brothers how their father banished her to curb her ambition. She is the rightful heir to the throne, and she is back to claim it.

Though I didn’t necessarily want Hela to rule Asgard because of her wicked nature, I understood where she was coming from. Her desire stems from ambition and vengeance, reflecting emotions that audience members are bound to have felt at some point in their lives. Despite her bloodthirsty endeavors, she is an amplified representation of common emotions. This makes her more relatable than the lofty Surtur, who remains dormant for most of the film and was easily defeated by Thor within the first 10 minutes.

“Wonder Woman” also fails to establish Dr. Poison as a worthy villain because of her helpless servitude to Ludendorff. Dr. Poison is a weak and frankly annoying obstacle – she is nothing but a mindless follower. Hela, on the other hand, is a stronger female character despite “Thor’s” more male-centric storyline. While “Thor: Ragnarok” is not a movie with a feminist agenda, its formidable female villain stands up for herself instead of taking commands from a man.

While I wait for Hela’s potential return to the Marvel Cinematic Universe, indicated by her relationship with Thanos in the comics, I won’t be waiting for Dr. Poison to rise from the ashes. Female representation in Hollywood shouldn’t translate into cramming female villains into blockbusters for the sake of representation.

A good female villain has to be a good villain first.