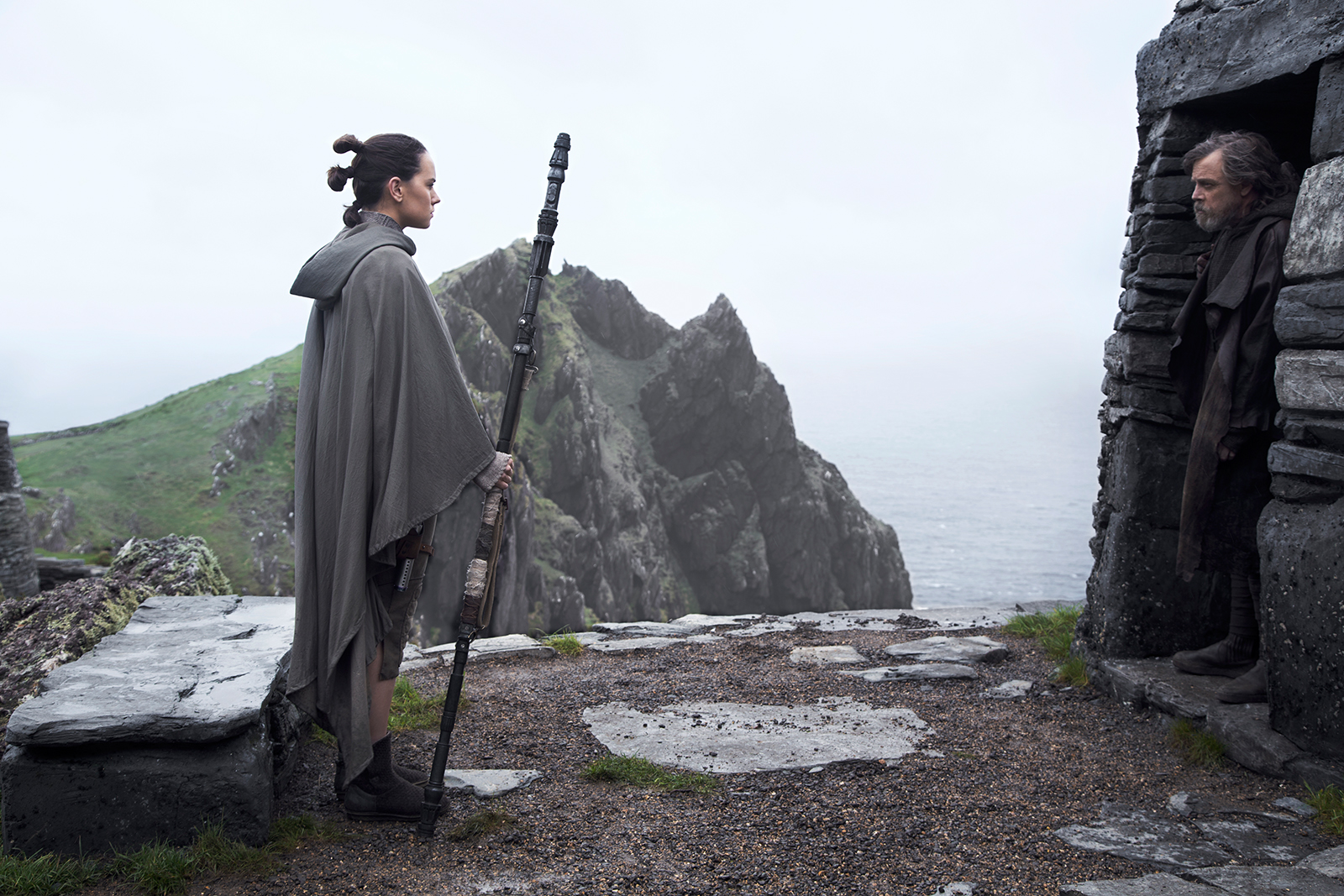 Not so long ago in a galaxy not so far away, J.J. Abrams reawakened the Star Wars franchise with a rehash of “Star Wars: Episode IV – A New Hope.” Thankfully, Rian Johnson’s new Star Wars film learned how to balance nostalgia for the original hexalogy with new plot lines in “Star Wars: The Last Jedi.”

“Star Wars: The Last Jedi” is Johnson’s first foray into the Star Wars universe and the eighth film in the series, not counting “A Star Wars Story: Rogue One.” It distinguishes itself from the other entries in the Star Wars canon with its original story and powerful scenes.

“The Last Jedi” follows Finn (John Boyega), Poe (Oscar Isaac), Leia (Carrie Fisher) and the rest of the Rebellion as they try to escape from the dastardly First Order, who is approaching to destroy their fleet. Meanwhile, Rey (Daisy Ridley) confronts the legendary Luke Skywalker (Mark Hamill) to ask for his aid in fighting the First Order and the agents of the Dark Side of the Force.

At its core, the eighth entry into the saga is a story of growth and maturation. The characters that were introduced in 2015’s “Star Wars: The Force Awakens” have more room to explore their personalities and illustrate their progression from the last film, although not all equally. The most meaningful character developments come from Rey, Kylo Ren (Adam Driver) and Poe who actively learn from their experiences and mistakes.

In addition to new character developments, “The Last Jedi” boasts a high caliber of performance from its ensemble cast. Hamill’s take on an older, jaded Luke is pure geeky gold. The reluctant symbol of hope serves to deconstruct the image of the Jedi as the infallible agents of good. His sense of guilt is palpable, and helps convince the audience of his claim that the Jedi religion must end.

Andy Serkis oozes menace as Supreme Leader Snoke, though he is criminally underused and the film still fails to establish enough context for the character. The same can be said for Gwendoline Christie’s Captain Phasma. Both characters get little screen time, and in the case of Phasma, it almost seems like Johnson forgot that she was a character and tacked her into a random spot in the story to fulfill some contractual obligation.

Kelly Marie Tran as the plucky and determined young rebel Rose Tico is easily the most charming new member of the cast, though her character acts as a multipurpose deus ex machina in a number of scenes. Rose possesses a seemingly endless collection of random skills, which magically solve a surprising number of problems, such as her convenient knowledge of all things related to the plot and her surprising skills as a pilot.

Of the film’s many powerful women, the late Carrie Fisher shines as a beacon of strength and hope in a powerful performance that will remind audiences why they fell in love with the courageous young princess in the beginning of the franchise.

However, despite the many significant character-driven emotional beats, the story on its own is mostly inconsequential. The plot of Abrams’ “The Force Awakens” may have been entirely derivative of popular Star Wars tropes, but it at least set up several strong story elements. While Johnson created a more original story, most of “The Last Jedi” feels like filler content. Very little happens to advance the story arch as a whole, and if viewers skip the film and see the upcoming “Episode IX,” they will likely be able to glean the film’s events from context.

Another shortcoming is that for a movie set in a universe with space ships, blaster guns and laser swords, “The Last Jedi” lacks in action and suffers from poor pacing. The film opens with an intense space dogfight featuring plenty of explosions and shots of ships being destroyed during the middle act, but this becomes boring and routine as the film progresses. Johnson saves the more engaging actions scenes for the last act.

But when the final act does occur, it hits almost every quintessential Star Wars trope, including lightsabers, Force battles and giant walking war machines. The excitement surrounding the action and the emotional investment tied to the characters make the film’s closing a true spectacle.

“The Last Jedi” also contains some truly gorgeous visuals like giant star ships being destroyed and an opulent casino scene. The new CGI porg creatures are adorably funny, and despite early fears of overusing them in the film as a ploy to sell toys, their presence is minimal – and if anything, the movie could have used more of them.

“Star Wars: The Last Jedi” is a flawed yet fresh and welcome addition to the Star Wars canon. What it lacks in story and action, it makes up for with emotion. Johnson is currently slated to direct a new Star Wars trilogy featuring a brand new story, and if “The Last Jedi” is an accurate gauge of his performance, then fans are in for a treat.