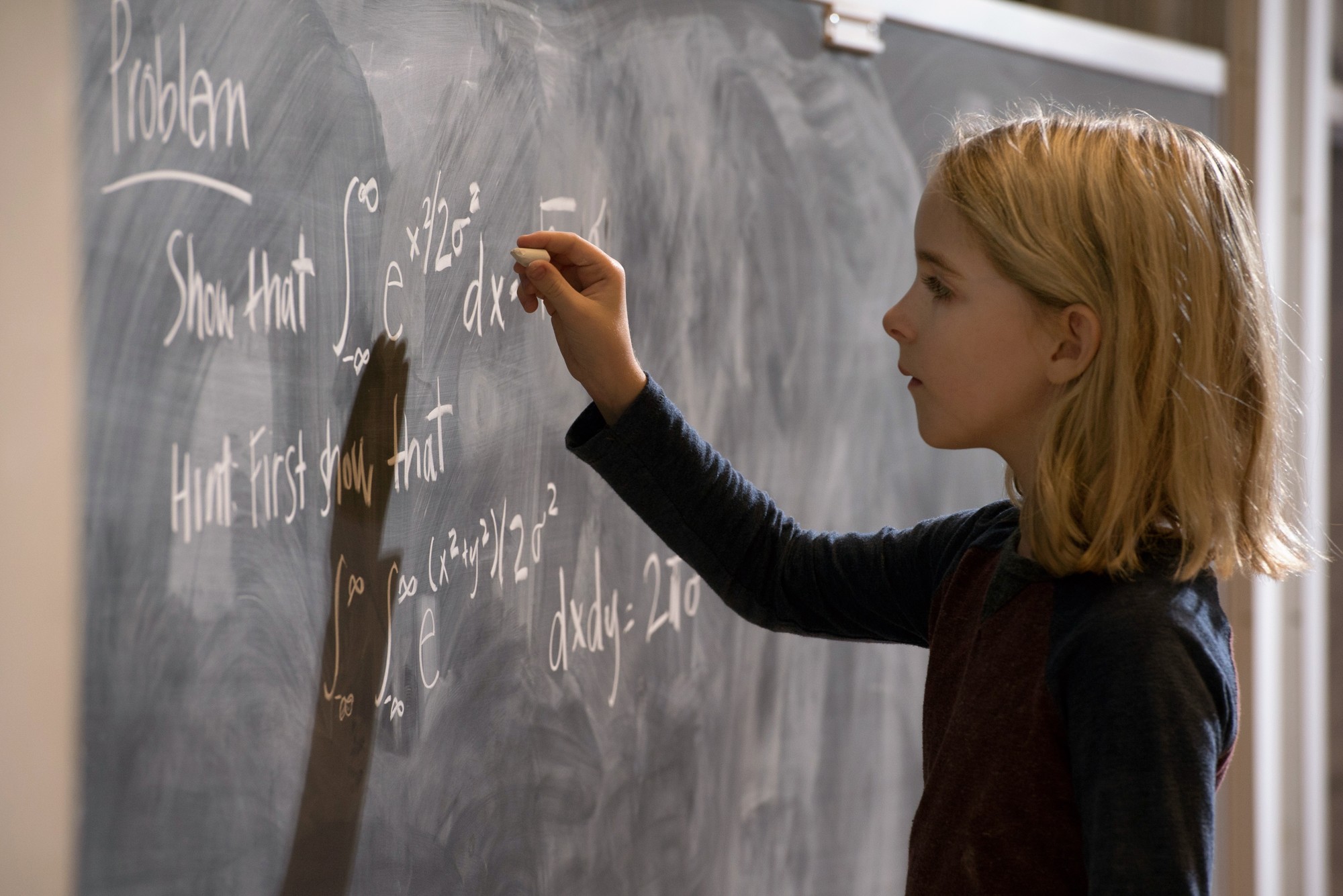 Advice for seeing “Gifted” – bring a box of tissues.

The film packs a surprisingly honest emotional punch, thanks to the earnest yet nuanced performances of the film’s cast and a refreshing plot that keeps the familiar family drama from feeling stale.

Frank (Chris Evans) is a freelance boat repairman in rural Florida, attempting to raise Mary (Mckenna Grace), the brilliant daughter of his deceased mathematician sister. Frank decides to send Mary to public school, leading to a custody battle between him and his mother Evelyn (Lindsay Duncan), who feels that Mary should attend a private school to cultivate her math skills.

Despite resembling a by-the-numbers family drama, “Gifted” offers enough surprises to keep audiences engaged. A few intriguing plot twists come as revelations and the dialogue crackles with life and authenticity, particularly the sweet yet snarky banter between Frank and Mary.

“Gifted” could have easily fallen into a quicksand pit of sentimentality and cliche. All the necessary ingredients are there – cute kid, father-daughter relationship, dramatic courtroom showdowns. However, “Gifted” manages to avoid potential pitfalls, opting instead for a storytelling style that relies on simplicity.

In one scene, where Frank and Mary discuss existentialism and religion, the two are silhouetted standing against a sunset on the beach as Mary climbs all over Frank like he’s a jungle gym.

The emotional beats of the story aren’t overplayed with a sweeping score or pretentious dialogue. Instead, the scenes are understated, allowing the actors room to breathe life into the moments. The emotional climax of the film is a simple moment, as Mary reaches forward and tugs on Frank’s cheeks until his lips lift up into a smile.

The supporting cast of the film bolsters the moving plot. Octavia Spencer plays Roberta, a neighbor of Frank and Mary who serves as both a staunch ally of Frank – though she threatens to smother him if he loses custody of Mary – and a friend to Mary. Their family-like relationship radiates as the two dance around the house belting out “Shame, Shame, Shame” with infectious enthusiasm.

Duncan keeps the film from being too one-sided, making a genuine case for Mary’s well-being while still acting tangibly aloof through her awkward and somewhat cold interactions with her granddaughter. Her grounded performance fuels the question of love versus logic – whether Mary should have a normal childhood as Frank believes her mother would have wanted or a life of childhood academia as Evelyn suggests – which makes for an interesting dilemma throughout the film.

The father-daughter chemistry between Frank and Mary is essential for audiences to believe in the story and Evans and Grace pull it off seamlessly. There is a true sense of love in the way they interact, whether they’re playing together on the beach or angrily arguing with each other over house rules. Together, they turn in the film’s best performances and are ultimately responsible for its narrative success and emotional appeal.

Evans demonstrates that he’s just as skilled at tugging on heartstrings as he is at taking down bad guys with a vibranium shield in his more well-known role as Captain America. Although the Marvel films have allowed him numerous character-driven scenes throughout the franchise, Evans’ emotional range as an actor shines in this role.

He plays Frank with a quiet affection, often conveying the character’s ranging emotions through subtle facial expressions. When Frank contemplates a difficult decision regarding Mary’s future, Evans sells the character’s choice through his defeated sigh and melancholy gaze, making the scene more heartbreaking than any dialogue could accomplish.

While Evans gives an excellent performance, the true star of the film is Grace. Grace is instantly endearing, with her missing front teeth, fiery attitude and fierce loyalty. Mary has her fair share of tantrums and vocabulary-rich outbursts, but Grace manages to keep her from coming off as bratty or conceited.

Without Evans and Grace, “Gifted” could have easily turned into a forgettable, overly sentimental, sappy drama. But together, they propel the film to a sincerely enjoyable and heartfelt story that’s worth a watch.