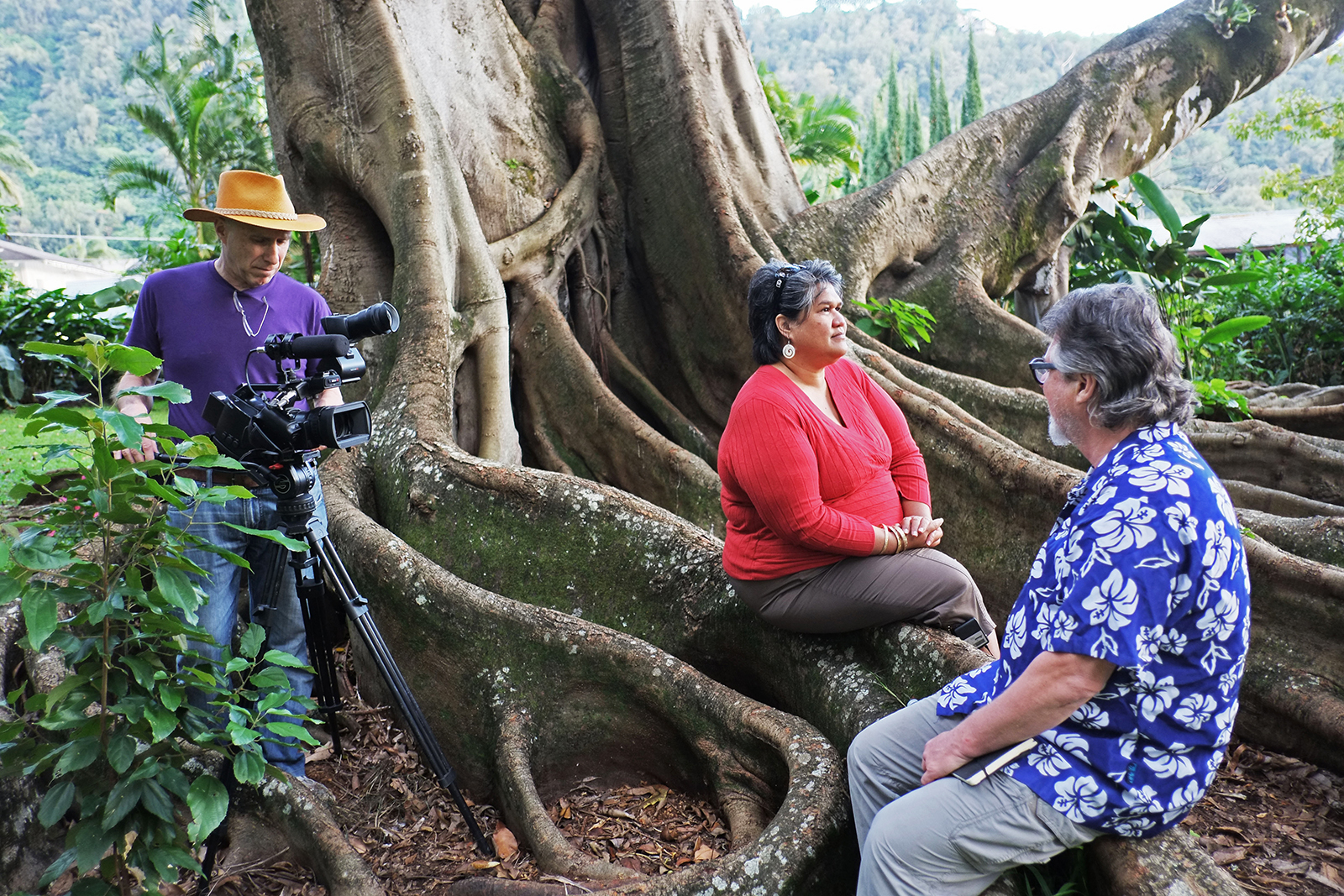 Co-presented by the Hammer Museum and PBS SoCal, “Endangered Languages” works toward revealing and celebrating languages that are disappearing worldwide. In addition to showing footage from the documentary “Language Matters with Bob Holman,” the event will feature performers and speakers, including the Los Angeles poet laureate Luis Rodriguez. (Hammer Museum)

For one night, the hum of an Aboriginal didgeridoo, the Hawaiian chants of hula dancers and poetry ranging from Wales to Mexico will join together and render an array of culture, heritage and knowledge housed within the fading edifice of the endangered tongue.

On Tuesday, the Hammer Museum will host “Endangered Languages: The Mother Tongue Revival.” Co-presented with PBS SoCal, the event will screen parts of the award-winning documentary film “Language Matters with Bob Holman” and celebrate language through a variety of acclaimed artists. In their respective endangered languages, a multitude of performers and speakers at the event will give life to words that are just managing to survive.

“Every language is a vision of the world,” said David Grubin, director, producer and writer of the documentary film “Language Matters with Bob Holman.” “You see the world through your language, and there are 6,000 visions right now. Imagine listening to 3,000 of those.”

“After Bob Holman, oral poet and host of “Language Matters,” conceived the concept for the documentary and brought it to him, Grubin said he didn’t need much convincing – the theory that half of the world’s 6,000 languages are going to be lost by the end of the century was enough.

“It dawned on me that poets have been using language rent-free for thousands of years and now it’s payback time,” Holman said. “Language itself is disappearing, getting steam-rolled, ‘pringleized.’ Languages don’t want to be the same potato chips.”

“My hope is that we can support these endangered languages so they can remain a living thing that can evolve, change and grow,” Grubin said.

Grubin said the most important thing about the event at the Hammer Museum is that it could have just featured a screening of the whole film. Instead, the event will be able to celebrate endangered languages by featuring speakers who will present endangered languages in a variety of forms, in addition to screening parts of the documentary. The Los Angeles poet laureate Luis Rodriguez is one such speaker.

“I think language is really power – personal power and community power,” Rodriguez said. “I think it’s how people tell stories and express their feelings. When you lose the languages closest to you, you begin to have a hard time being fully human.”

In order to express the state of endangered languages, Rodriguez said he will read a poem called “Xon Ahuiyacan,” translated as “Be Joyful,” in the indigenous and endangered Aztec language of Nahuatl. “Xon Ahuiyacan” was written by a Nahuatl-speaking poet named Nezahualcoyotl before the time of Cortez. Rodriguez said that though he has no problem with common languages like English and Spanish, he hopes that in the future the poetry of Los Angeles will also encompass more languages.

“Migration patterns have brought a lot of language patterns into our country, but because we can’t get over the idea that we are a monolingual people who speak only English, we haven’t welcomed these languages or learned what we can from our neighbors,” Holman said. “In order to assimilate to this country, you don’t need to lose your mother tongue.”

Because they are born in a specific place, Holman said languages have information about that place that is only contained in the language. With very few or none of these endangered languages written down, these languages will die with their last speaker. Aborigine Charlie Mangulda, a 75-year-old song man from Croker Island, Australia, is the last living speaker of Amurdak.

“It’s one thing to talk about a language dying and it’s another thing to meet a last speaker and realize what it means, what the toll is on the actual human life,” Holman said. “All of this man’s lineage is going to vanish when he dies.”

Through the documentary “Language Matters” and the celebration at the Hammer, Grubin said he hopes to inspire a kind of respect for others, bilinguality and the diverse ways of seeing the world and allow audience members to see that language is a living thing.

“(Language) is a way of keeping alive a sense of who we are,” Grubin said. “We, all of us, come from certain places that make us who we are, and to forget about that is really to forget our essence.”