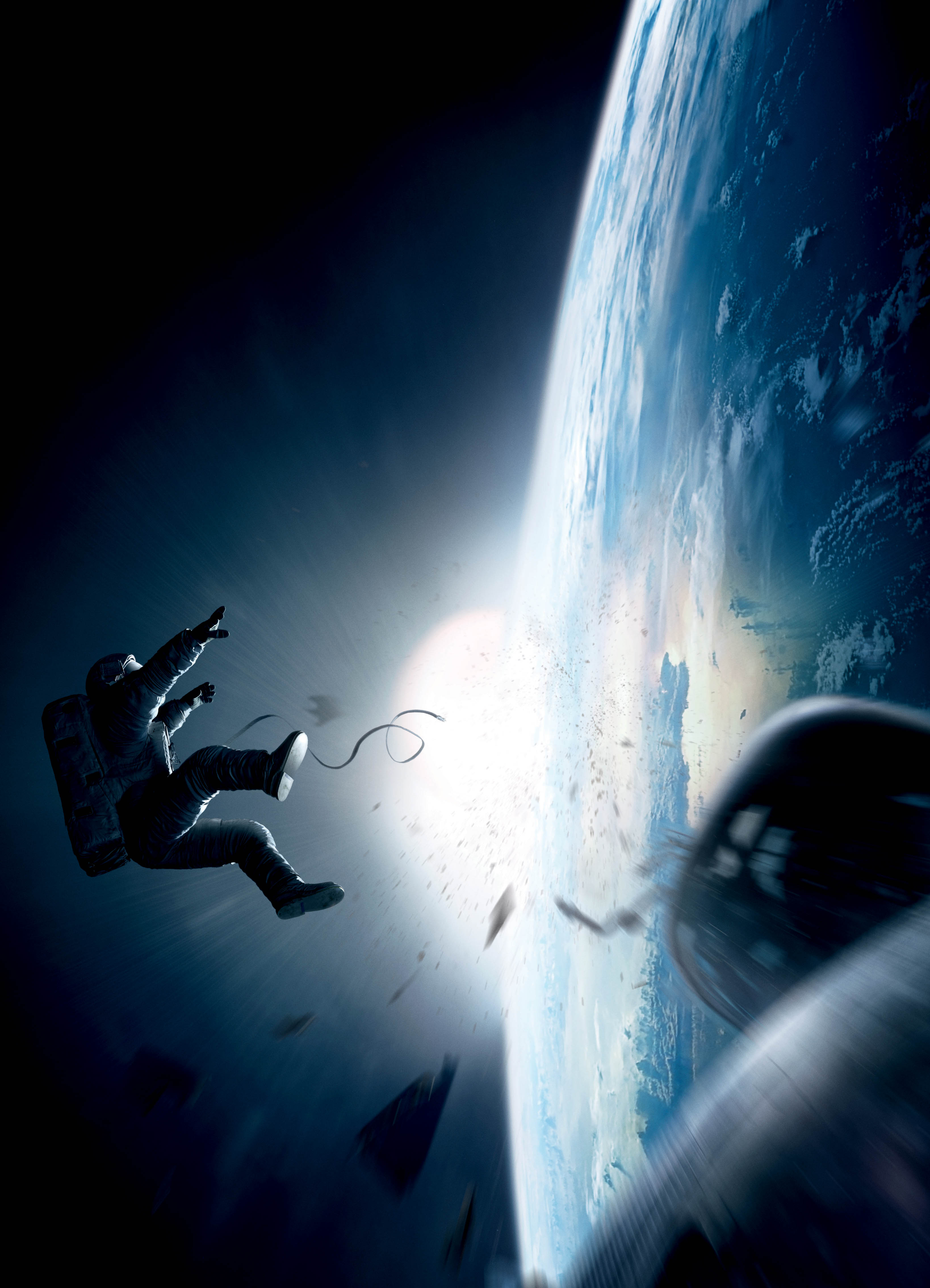 “Gravity” is sure to follow the form of Cuarón’s other works, which include “Harry Potter and the Prisoner of Azkaban” and Oscar-nominated Mexican film “Y Tu Mamá También,”) but is this a good thing? Sebastian Torrelio and Tony Huang, a fan and a foe of Cuarón respectively, look back at the director’s catalogue and what that could mean for “Gravity.”

As a child, I never wanted to be an astronaut and always thought the other kids in elementary school who intended to were crazy.

Not because of the impracticality of it, but because of the immensely vast emptiness of space and what getting lost in that would mean. I’m surprised it has taken this long for a big-name director to make my point clear, but Alfonso Cuarón’s “Gravity” has finally come around to instill (personally gratifying) nightmares.

Cuarón is extremely versatile. His three most well-known features include a road trip drama (“Y Tu Mamá También”), a violent sci-fi thriller (“Children of Men”) and a fantasy family movie (“Harry Potter and the Prisoner of Azkaban.”) All three delicately balance between the movies’ entertaining premise and its intelligent storyline.

“Children of Men,” a riveting tale about a dystopian society, is a warning about the struggles of survival. “Y Tu Mamá También,” a sexual coming-of-age film, follows the drastic effects of a Mexican political change. Even “Harry Potter and the Prisoner of Azkaban,” behind the technical magic, is menacing, imaginative and the most emotionally affecting adaptation of the franchise.

My favorite Cuarón piece, though, is “A Little Princess,” the story of a young girl who is sent to a boarding school after her father leaves to fightin World War I. The dark, childhood themes practically write themselves.

All of his films simultaneously evoke the feelings of refined big-budget pictures and gritty indie developments, though “Gravity” feels like something new. It reminds me of “Life of Pi,” the winner of the last Academy Award for Best Visual Effects. The film is a technical masterpiece, using 3D effects to create a sense of scope and distance otherwise impossible.

As the astronaut in the trailer for “Gravity” slowly drifts away into the nothingness of stars, I can already imagine the shocking sight of watching the scene in a lightless 3D theater. And even better than that, the choked-out silence of the surrounding audience frightened, but fascinated.

– Email Sebastian Torrelio if you are on the “love” side at [email protected].

As far back as I can remember, I’ve wanted to like Alfonso Cuarón.

Incidentally, my memory reaches back to about sixth grade, when I first read the “Harry Potter” series and decided to give Cuarón’s take on “Harry Potter and the Prisoner of Azkaban” (my favorite of the series to this day) a go. It disappointed.

There was rarely a scene not mired in atmospheric dark and, for the series’ most twisty narrative, Cuarón kept bogging down plot points with portent and gloom—it was lifeless and self-important. Alas, what do I find but its reputation as the best of the series! My young, naive heart could not fathom this injustice.

Years later, as I became more attuned to film culture, I realized that “Prisoner of Azkaban” was held in such high esteem at least partly because of Cuarón’s reputation in film circles as a film stylist. This was intriguing to a budding film enthusiast like me. Had I written him off too early? Was his signature film, the supposedly explicit “Y Tu Mamá También,” really that good? And did I misjudge “Prisoner of Azkaban?”

I took a lot of bad positions as a kid, but this was one of those rare occasions where I could smugly pat younger me on the back. Cuarón was not for me – I watched “Y Tu Mamá También,” gave his sci-fi epic “Children of Men” a chance and even rewatched the dreaded “Harry Potter” disappointment; and though I found things to admire, his needlessly showy visual style irritated me in all three films.

Here’s a director who obsesses with his skill behind the camera, to the detriment of what’s on screen – “Tambíen,” though gorgeously wrought, fusses over arty montages and overdetermined tracking shots to the detriment of its character-study narrative.

It was arty, but it wasn’t good. His films look like gold, but it’s all glitter, gloss: shiny, pretty-looking things without much going on underneath. It was no wonder that Cuarón transitioned so successfully from budget indies to studio pics – he can stumble across an awesome image or two quite easily and move the Steadicam around quite adeptly.

If his past films and the trailers are any indication, “Gravity” will be more of the same: beautiful surfaces that fail to be grounded with depth.

– Email Tony Huang if you are on the “hate” side at [email protected].