Members of UCLA baseball watch a game from the dugout. The Bruins endured playing five games in four days at the inaugural Pac-12 tournament from May 25 to May 28 in the Arizona heat but left with nothing to show for their efforts. (Marc-Anthony Rosas/Daily Bruin)

Minutes before the Bruins took the field, they stood in a circle and chugged a case of Red Bull.

After the caffeine and sugar – obviously the building blocks of any nourishing pregame hydration – were ingested, the Bruins were ready to play.

Watching the team empty that case of energy drinks epitomizes everything wrong with the inaugural Pac-12 baseball tournament, which spanned five miserable days in Scottsdale, Arizona.

Its cans drained, No. 3 seed UCLA baseball (38-22, 19-11 Pac-12) dashed out onto the field for its second game of the day. It was just 45 minutes after the conclusion of its first contest against No. 2 seed Oregon State, in which the Bruins had spent almost six hours of their Saturday under the desert sun, mired in a 47-combined-run slugfest against the Beavers.

Sure, the baseball that day was entertaining. UCLA went viral, and it made headlines. But was it worth it for the Bruins?

The answer is a resounding “No.”

If the opening day of the tournament was to serve as any kind of foreshadowing for the rest of the competition, then the Bruins were doomed from day one.

UCLA’s first-round matchup with California on Wednesday was pushed to a 10:18 p.m. start time after the day’s earlier games ran longer than expected. The Pac-12 moronically did not have the foresight to rent more than one field to host all eight teams.

By the time UCLA reached Oregon State on Saturday, it was clear the pitching was completely gassed from its last three games. The injuries to multiple arms in the starting rotation only made things worse. In Saturday’s games, coach John Savage called on arms that had rarely pitched this season.

To nobody’s surprise, they were shelled.

What was unexpected, however, was just how bad it would be for both teams. By the end of the first game, UCLA and Oregon State had combined for 53 hits while 16 different pitchers threw 527 pitches over 10 innings.

Fun to watch? Sure, but it certainly didn’t resemble baseball.

Savage was likewise unamused, saying in a midgame interview it was torturous to watch the game from the dugout.

The prize for the Bruins’ walk-off victory was to run it back and play nine more innings later that night.

This brings us back to that Red Bull now sloshing in the Bruins’ stomachs throughout game two. The Pac-12 forced games to be played at absurd times in the midst of near-100-degree Arizona heat on dangerously short rest periods.

The result was a 47-run first game.

The result was position players pitching in the second game because there were no arms left in the bullpen. The result was potential injury to key players ahead of the exponentially more important NCAA tournament.

And for what benefit?

The conference tournament was introduced with the idea that it could sneak an extra Pac-12 team into the NCAA bracket via automatic qualification. Perhaps a team’s RPI rating could jump a few points to reshuffle seeding.

But, for the blue and gold, neither of those two things really mattered. The Bruins were a lock to make the NCAA tournament, and they would have had to win outright in Scottsdale to think about hosting a regional.

The Bruins’ RPI ranking rose from No. 51 to No. 46 after its five tournament games, but that is too little benefit for too much effort.

Had they participated in the tournament or not, the Bruins’ postseason path is the same.

It was hardly a party in Scottsdale Stadium, either. Most of the stands in the San Francisco Giants’ spring training site were empty, making for an expansive sea of unoccupied green seats.

When Savage was asked to comment on the traveling Beaver fans in the stands in another midgame interview, he quipped that it was hard to be intimidated by the vast amount of green rather than Oregon State orange.

It’s no surprise, then, that the UCLA head coach didn’t mince words about how much he disliked the idea of a conference tournament back in a 2020 interview with The Bruin.

Look no further than Savage’s decision to hold out sophomore right-hander Max Rajcic and freshman shortstop Cody Schrier to see the UCLA coach’s mindset about the tournament. Both players were held out of the tournament because of injury, but Savage said they will be healthy to play in this weekend’s regional.

Rajcic and Schrier’s absences were indicative of the tremendously low value that Savage placed on winning. Their absence was also further evidence that UCLA needed whatever rest it could get almost four months into its season.

With the Bruins headed to the Auburn regional this weekend, their schedule doesn’t get any easier. UCLA will face more double elimination play while enduring the oppressive heat and humidity of an Alabama summer.

Without the conference tournament, the Bruins could have entered the most important portion of their season on two weeks’ rest instead of one.

They could have flown to Auburn without playing five games in four days. The arms would not have to be so worn.

UCLA would have been mentally and physically fresh, a cornerstone to challenging for a spot in Omaha – Red Bull not required. 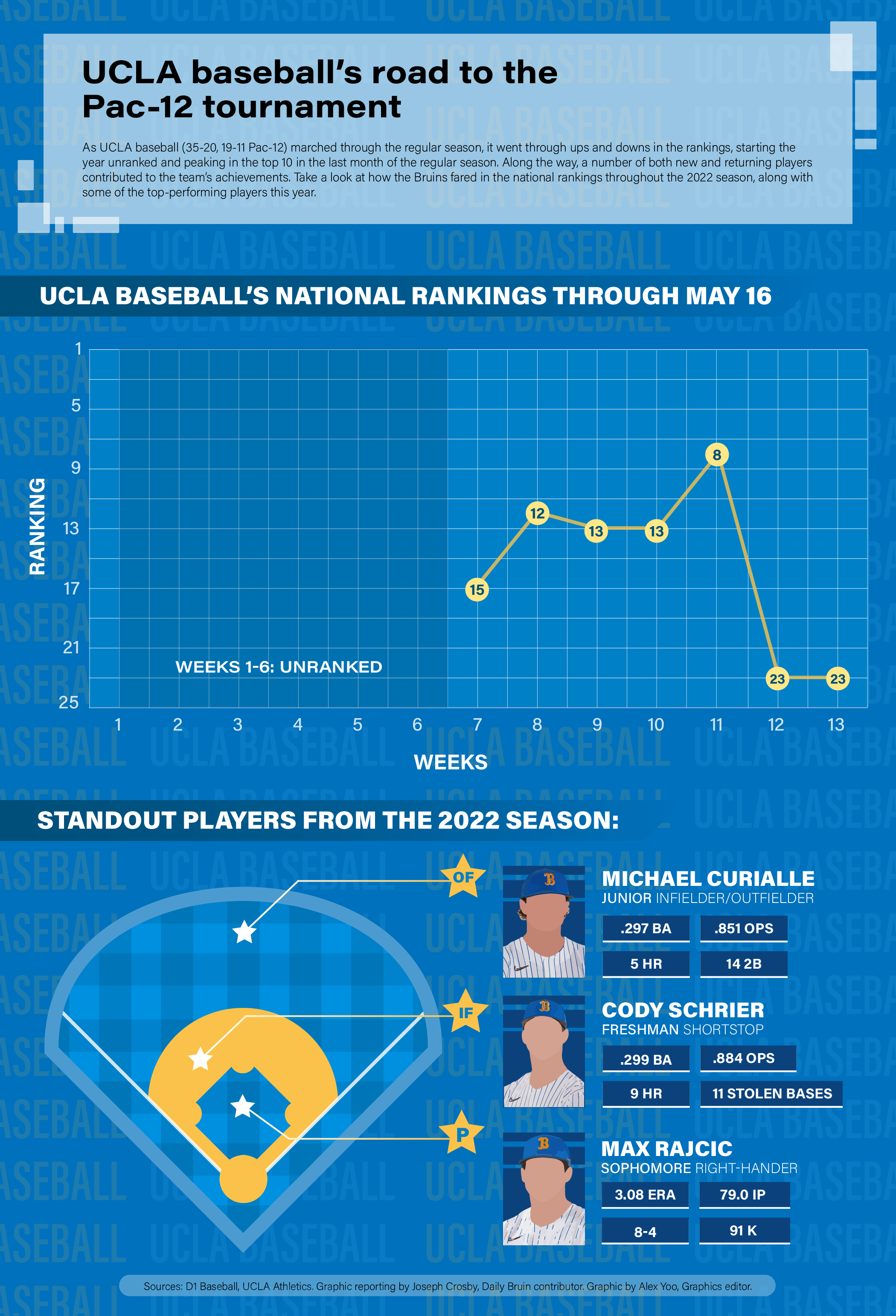 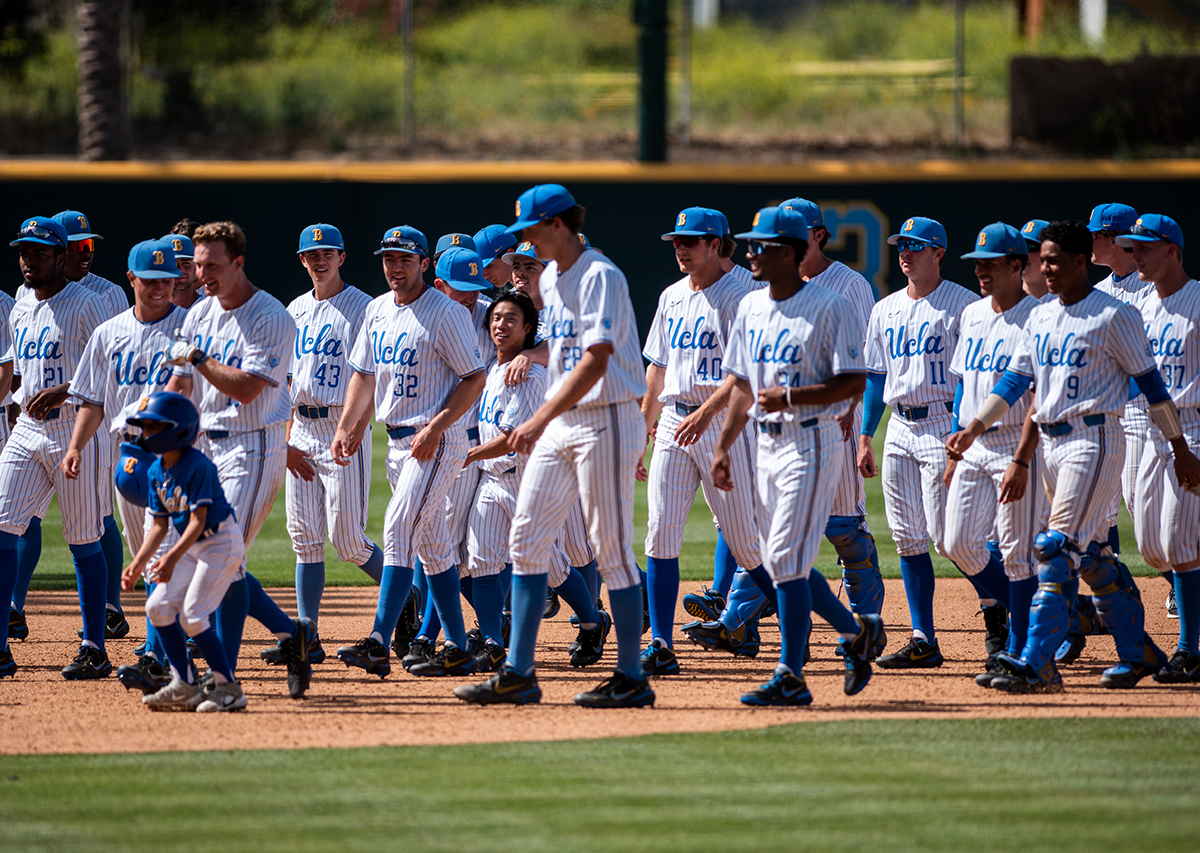 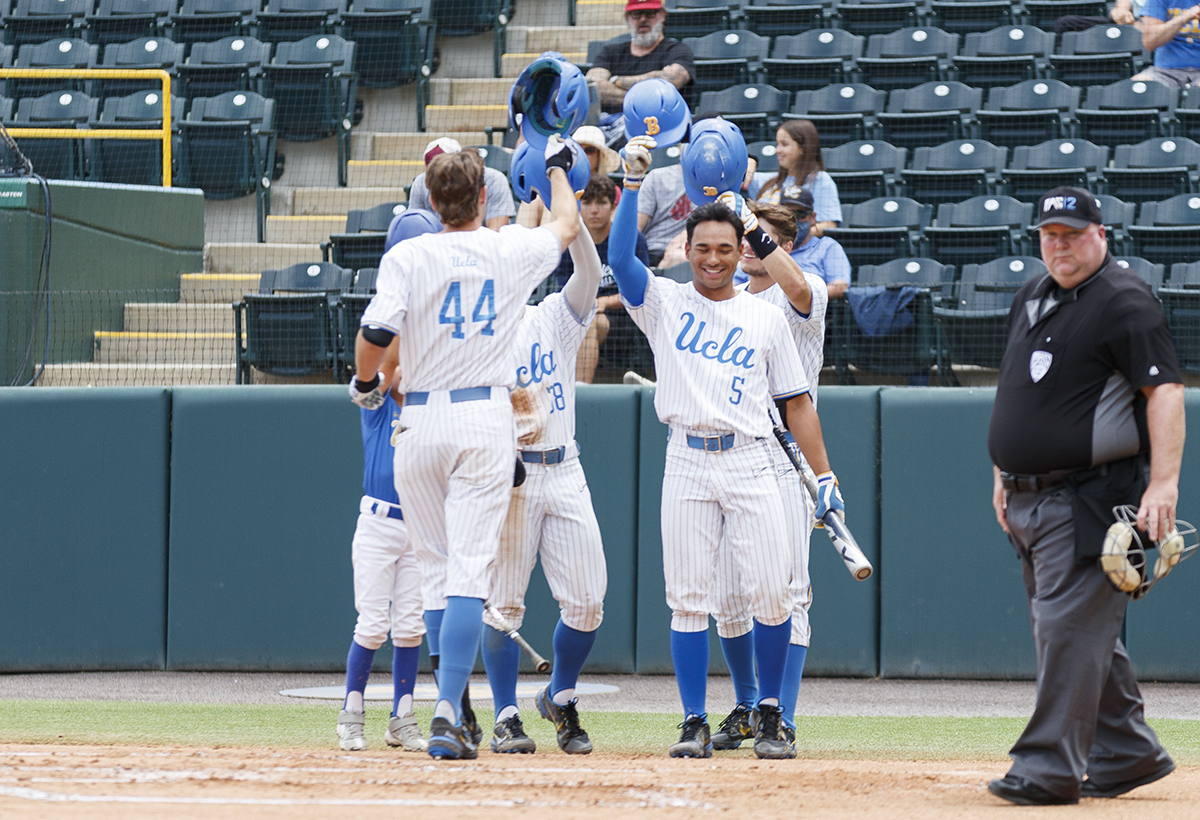