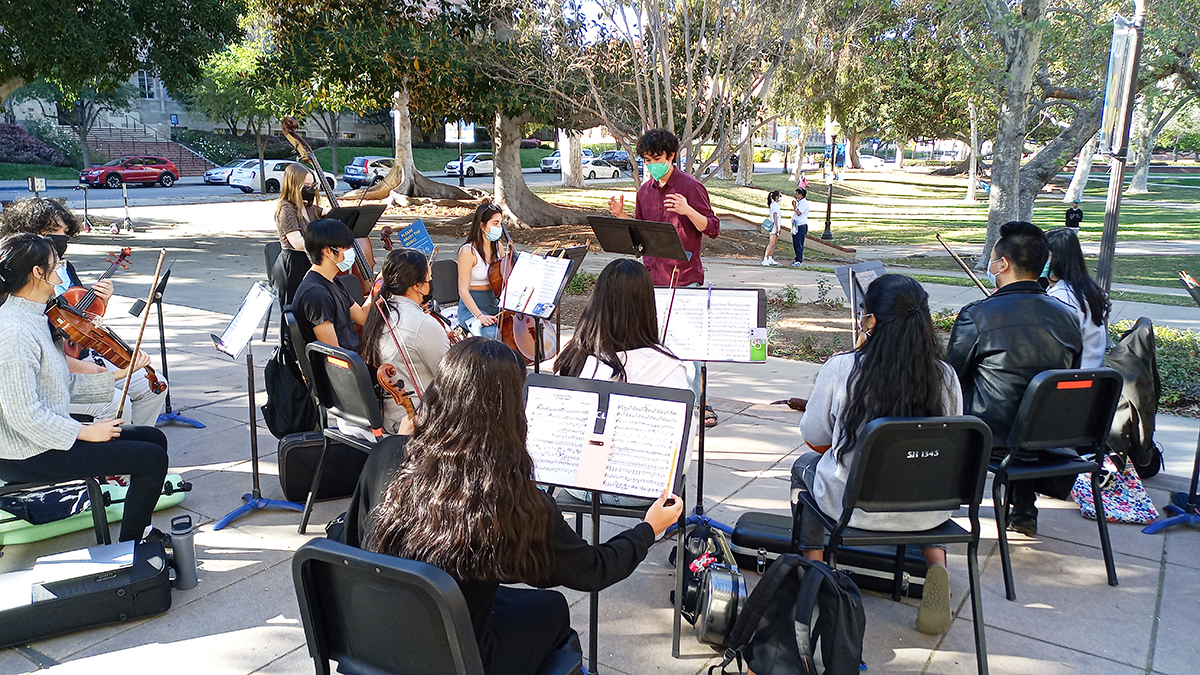 Led by one of the group’s conductors, members of Con Brio String Orchestra sit outside with their instruments in hand at a rehearsal. The orchestra composed of non-music students will hold its first concert this Sunday. (Courtesy of Spencer Gouw)

Over the last year, CBSO has since grown to encompass almost 20 members as they prepare to host their first spring concert on Sunday. The group started when third-year ​​microbiology, immunology and molecular genetics student Yuri Lin first came to UCLA, only to find a lack of opportunities for non-music students on campus to join an orchestra. To change this, Lin said she created CBSO, a student-run string orchestra composed of non-music students, in hopes of making orchestral music more accessible at UCLA.

“I was really looking for a string orchestra community because in high school, my closest circle of friends had all been from the orchestra, and it was difficult to find the same thing at college,” Lin said.

A violinist, Lin said she began conceptualizing CBSO at the end of her first year, but she halted her plans due to the pandemic. She said she then joined a wind chamber ensemble, in which two of her friends from the ensemble helped her form CBSO, for which the name pays homage to Lin’s middle school orchestra. Although her middle school orchestra teacher had been very strict with Lin and her peers, Lin said her instructor had a positive impact by creating a tight-knit community while encouraging students to play their best.

In order to make CBSO a reality, Lin said she began promoting the orchestra at the end of summer 2021, using various social media platforms like Reddit and Facebook as well as word of mouth to recruit members. For auditions, Lin said she ensured that the process had a recorded option to help relieve stress for candidates who may have been nervous at the thought of an in-person audition.

Spencer Gouw, a third-year computer science student, said CBSO serves as a supportive community of musicians, granting members more creative freedom because of its student-led nature. A conductor and student composer, Gouw said he first joined CBSO after seeing a post advertising the orchestra on Reddit, where he reached out to Lin asking if the orchestra would be willing to play student-composed works.

As one of the two conductors for the performance, Gouw said he will conduct the latter half of the concert. He said the orchestra will play four pieces, opening with Gustav Holst’s “St. Paul’s Suite” and concluding with Benjamin Britten’s “Simple Symphony.” Gouw said he will also be conducting an original arrangement of “A Town With An Ocean View” from the 1989 Studio Ghibli film “Kiki’s Delivery Service,” which the group will perform after the intermission. The selections for the performance were based on players’ interests and skill levels, as Gouw said they also hosted a poll where members could choose which scores they wanted to play.

For rehearsals, Lin said the orchestra has been preparing for the concert since the middle of winter quarter. Each player has varying musical backgrounds, she said, with most accumulating their experience by playing in their high school orchestra. However, some of the challenges in preparing for the concert revolve around the lack of available spaces to practice on campus, Lin said, which forced them to rehearse weekly at different places.

[Related: Student orchestra to share music of Studio Ghibli in performance at UCLA]

Along with providing a space where people can enjoy music, second-year public affairs student Zephania Hartojo said she hopes to foster a sense of community among members as the internal director of the ensemble. This was because Hartojo, a violist, said many of the members lost the opportunity to play with other musicians during the pandemic. In a moment of community building during their first rehearsal at Schoenberg Terrace, Hartojo said many families were walking outdoors when the children had stopped to watch them play together.

“That was one of my favorite moments because we’re doing something special,” Hartojo said. “Being able to feel that joy of making music together with people, for people is very special.”

Moving forward, Lin hopes to make orchestral music more accessible at UCLA by increasing CBSO’s membership and encouraging participation among current members, she said. To grow their presence on campus, Lin said CBSO will offer free performances so anyone from the UCLA community can come and watch. With their upcoming spring concert free of charge, Lin said she is ecstatic to share their endeavors with an audience for the first time.

“I’m really looking forward to just sharing our hard work,” Lin said. “I’m just really proud that we managed to pull everything together, and I want to share that with everyone.” 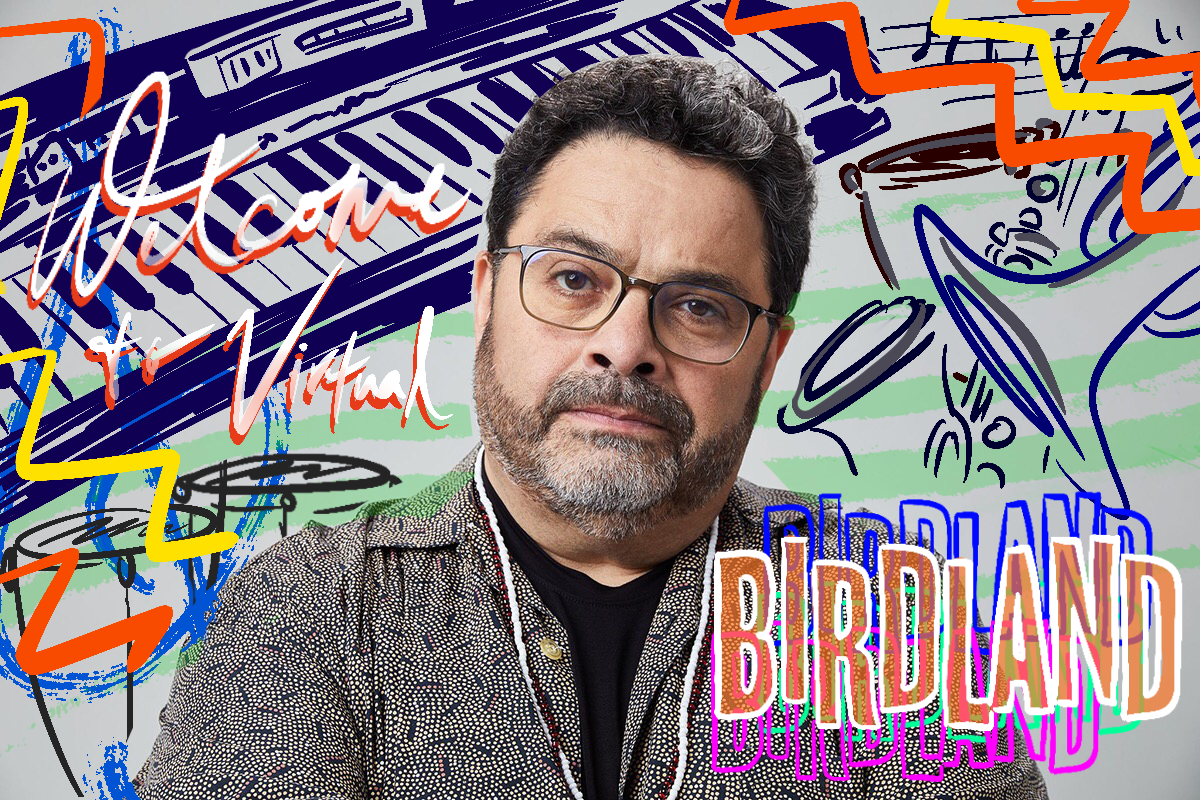 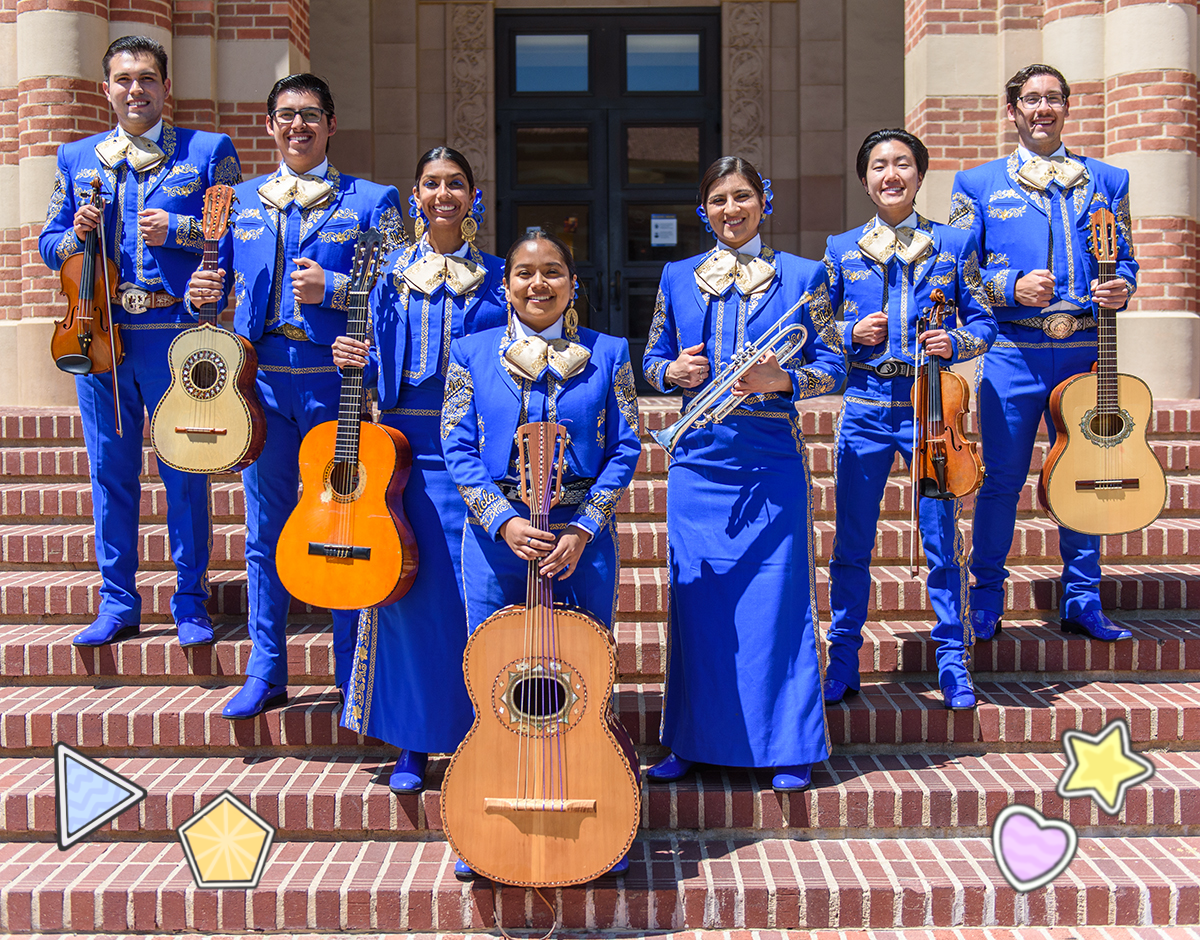