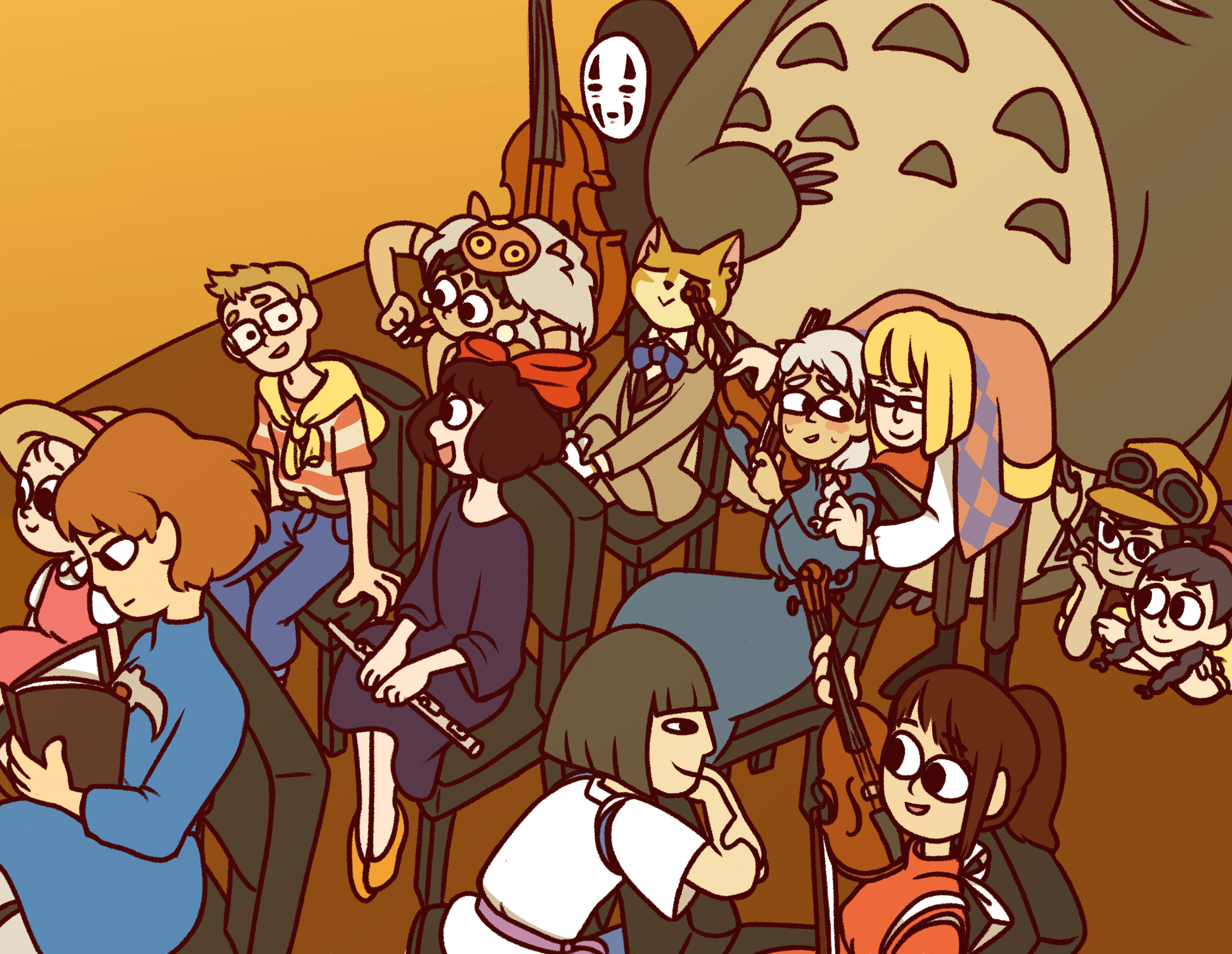 As a little boy, David Dong’s musical passions were “spirited away” by Studio Ghibli.

Dong said the soundtracks of films from the well-known Japanese animation studio, such as those found in “Spirited Away” and “Nausicaä of the Valley of the Wind,” inspired him to study music at the University of California, San Diego. Last year, Dong founded the Tonario Orchestra, an ensemble of Los Angeles-based musicians who share his passion for anime musical scores that performs shows exclusively featuring such music. The community orchestra, conducted by Dong and consisting of members from UCLA, will play works from various Studio Ghibli films Saturday in Schoenberg Hall.

“When I was younger, I probably watched Studio Ghibli every day or so,” Dong said. “I wanted to study that music of that film, and that brought me to music as my area of study.”

Violinist Vivian Nguyen, a second-year microbiology, immunology and molecular genetics student at UCLA, said Studio Ghibli films are recognized by their whimsical stories. Since Nguyen and many of her fellow orchestra members grew up alongside Ghibli films, she said playing the soundtracks allow them to appreciate the films and their childhood memories of them. Hearing the soaring theme song from her favorite Ghibli film “Kiki’s Delivery Service,” which follows a young witch’s coming-of-age, reminds her of how she felt when first watching the film, Nguyen said.

“It’s nice to play music from something so dear to me, and I’m sure a lot of the other members feel that way too,” Nguyen said. “We all have our favorite films, and it’s just nice to actually play (the) music and create that experience.”

Fellow Ghibli enthusiast Beverly Shih, a second-year biology student at UCLA and a violist, said Joe Hisaishi composed the majority of Ghibli film soundtracks, including “Ponyo” and “Howl’s Moving Castle.” Shih said the caliber of Hisaishi’s work is comparable to that of John Williams, an American composer known for his compositions in franchises such as “Jaws” and “Star Wars.”

Many Western musical scores contain complex instrumentation, but Shih said Hisaishi uses a minimalist approach – typically involving a piano solo with strings or brass in the background – to highlight each film’s narrative and visual components. While Hisaishi’s scores were complementary to the films, Dong said each song’s distinct, catchy melody allows it to be appreciated as an individual work and more easily popularized in the mainstream than more convoluted Western scores.

“It just feels very different from a lot of Western soundtracks that we hear,” Shih said. “For the Ghibli films, I feel like the composer normally tends to go with minimalism to draw out the beauty in what the picture is showing.”

With the exception of a few organizations such as Game Music Ensemble at UCLA and the California State University, Long Beach’s Studio Orchestra at the Bob Cole Conservatory of Music, Dong said very few orchestras in the Los Angeles area play anime scores. Shih said she joined the orchestra to honor the works of Asian composers, despite not having seen many Ghibli films. Eastern music is often overlooked by Western orchestras, she said, due to the globalization of Western music.

“Hisaishi’s music has as much impact on culture as John Williams’, but he comes from a completely different perspective,” Shih said. “I think it’s really cool that the orchestra focuses on this.”

As one of the few LA orchestras that exclusively perform anime scores, the Tonario Orchestra has opened for events such as Anime Los Angeles. Orchestra members originate from different places, but Dong said their shared passion for Ghibli films keeps them connected.

“All these people from different places and different walks of life can come together and enjoy Studio Ghibli music,” Shih said.