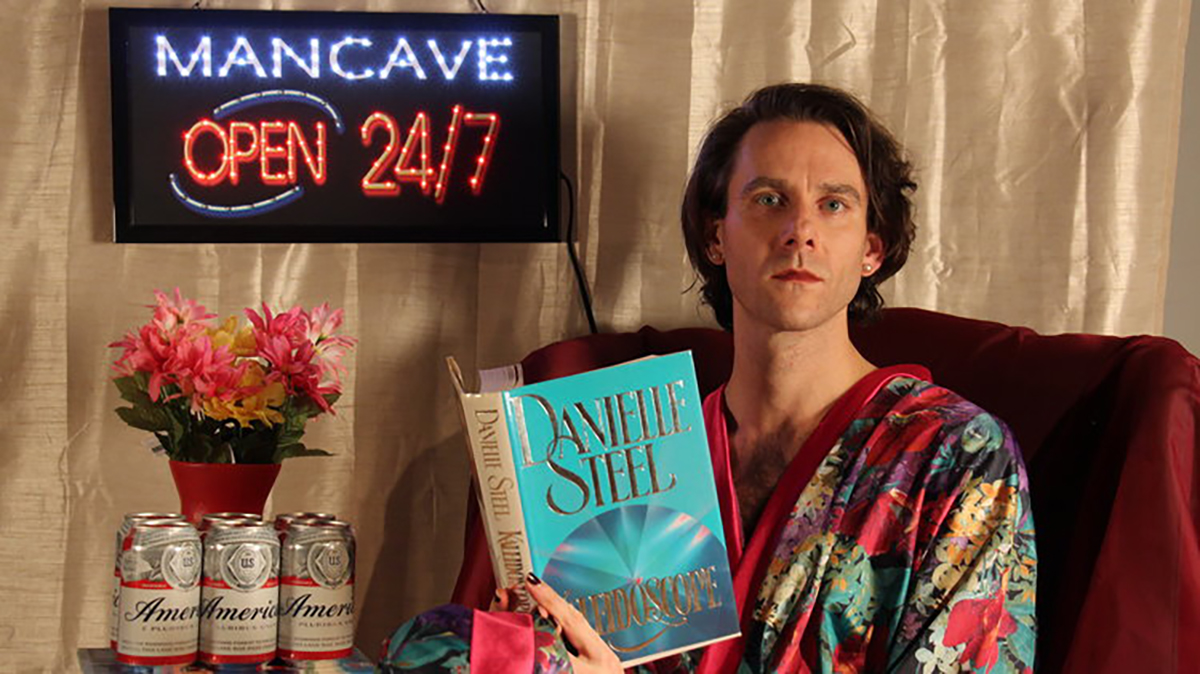 As part of their interactive installation exploring gender and novel preferences, UCLA graduate student Patty Gone reads a book in a floral satin robe, seated beneath a sign that reads “Mancave open 24/7.” Exploring gender from a separate angle, the metrosexual movement of the ’90s incorporated elements of stereotypical feminine routines and built upon the male desire to be desired. (Courtesy of Patty Gone)

What someone wears speaks volumes about who they are as a person, and the same can be said for the styles associated with various movements and cultures. As a cyclical art form, fashion – and its attached politics – almost always reemerges from the past. Follow columnist Natalie Brown in “Coterie Couture” as she chronologically explores the impact of different subcultures and their corresponding fashion each week.

From modest beginnings to mainstream, metrosexuality is at the forefront of men’s fashion.

Though it has an overwhelming presence today, the term “metrosexual” wasn’t always a part of society’s lexicon. Manifesting itself in different ways domestically, overseas and across a variety of generations, the word has taken on new significance since its inception in the ’90s – with a common thread of challenging gendered conventions. Glam rock served as a precursor to metrosexuality in Britain, but Mark Simpson, author and inventor of the phrase “metrosexual,” said this history helped transform the fashion style into a global mainstream idea today.

Though the roots of metrosexuality can be partially attributed to glam rock and its styles, postwar youth cults also left their mark on this culture, Simpson said. After World War II, there was a boom among working-class men who found themselves now possessing disposable income. The flashier members of this cohort saved up their money and rebelliously bought tailor-made suits or sported pompadour hairstyles, dressing up as ostentatious Edwardian-style gentlemen, Simpson said.

However, “metrosexual” did not become a label until it became prescribed to an advertising phenomenon in the late ’90s, where it was associated with ideas of consumerism and using imagery to sell products and a glamorous lifestyle, he said. It was around this time that a new face emerges as the token British metrosexual: David Beckham. The famous British soccer player, whose unconventional appearance – wearing sarongs, nail polish and other traditionally feminine garments – made the metrosexual mainstream, Simpson said. Beckham made casually experimenting with traditionally feminine standards of dress chic.

“Why is (David Beckham) one of the most famous people in the world?” Simpson said. “Not because he’s the best footballer in the world – he is far from it. But because he is pretty and is very keen … to be desired.”

The use of these traditionally feminine elements align exactly with Simpson’s original definition of the metrosexual that was coined in the ’90s, he said. And Beckham lived up to the role by proclaiming his love for his gay fans, sporting more feminine styles and hygiene practices and essentially being the exact opposite of what one would expect from a British football player at the time, he said.

Though Beckham certainly translates as one of the most well-known metrosexual icons, the interpretation of this term in the West was one concerned less with the ambiguous sexualities of metrosexual icons but more with the styles they wore and how they presented themselves, Simpson said. These metrosexual ideas trickled through American culture most prominently through the original television series “Queer Eye,” whose cast of gay men transformed the lives of straight men, offering advice on grooming, fashion, culture, food and interior design.

However, as opposed to Beckham, who embraced the inherent ties to femininity and gay culture that came along with metrosexuality, Americans erased this history. With straight white American men adopting these typical gay looks and styles, they rejected the idea that it had ties to gay culture, author and University of South Carolina librarian Rodney Lippard said.

Regardless of the location, the fashion of metrosexuality can be defined by its tight and narrow cuts – a clear contrast to the traditional non-metrosexual uniform, said Patty Gone, a UCLA graduate student who is currently researching fashion and masculinity. Typical American male fashion moving into the 2000s is characterized by the use of cargo shorts, t-shirts and baseball caps, they said, whereas metrosexual fashion is defined by a more formal and polished look, with hard-soled shoes and suits at the forefront. Looking beyond the fashion, however, Gone said metrosexuality is deeply affected by stereotypical gender roles.

“Metrosexual is this indication of … a straight man that doesn’t hate his body,” Gone said. “It’s interesting that we need some kind of cultural indication for a man who is actually interested in doing all the things that women are expected to do, whether that’s (taking) care of your skin or (looking) in the mirror before you leave the house.”

Though metrosexual has a large history, it has become rather obsolete in today’s times. As there is less stigma surrounding queerness and an increased willingness to blur the traditional gender lines of the fashion industry, Simpson said the style now applies to almost everything in the male fashion realm, causing the word to lose its original meaning.

Manifesting itself on the cover of Men’s Health magazines and in Marvel superhero movies, metrosexuality has a dominating presence over society, even though it is not explicitly referred to in this way, he said. Elements of metrosexuality can be found on celebrities, runways and athletes alike, Simpson said – extending beyond its original associations with queer men.

“I don’t really look at celebrities (anymore) and think, ‘Oh, he’s a metrosexual,'” Simpson said. “They’re all metrosexual, really. It’s a default setting because that’s … how you become a celebrity in a visual age.” 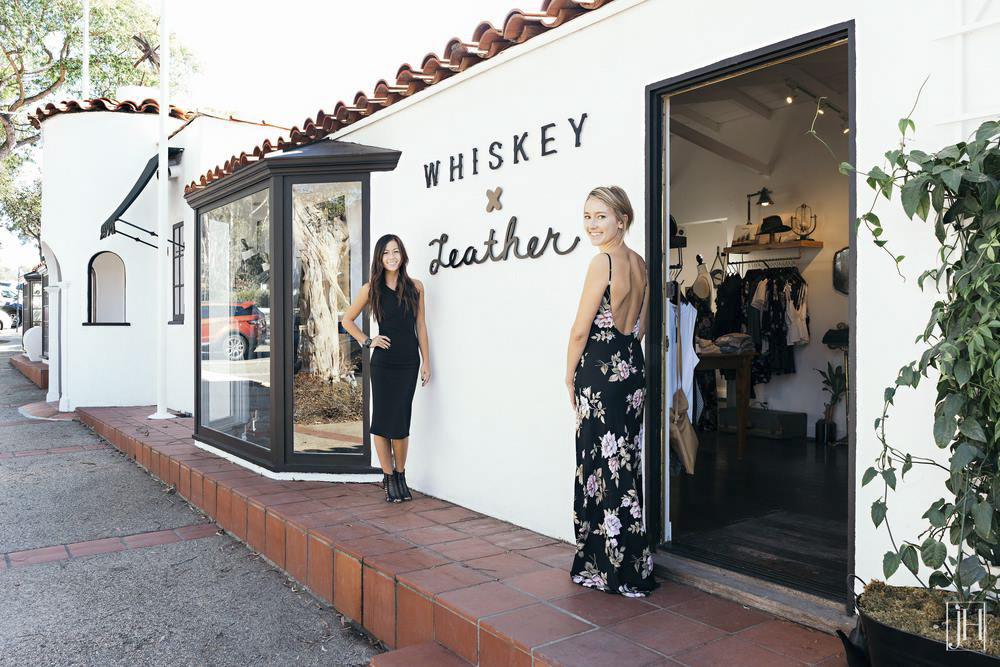 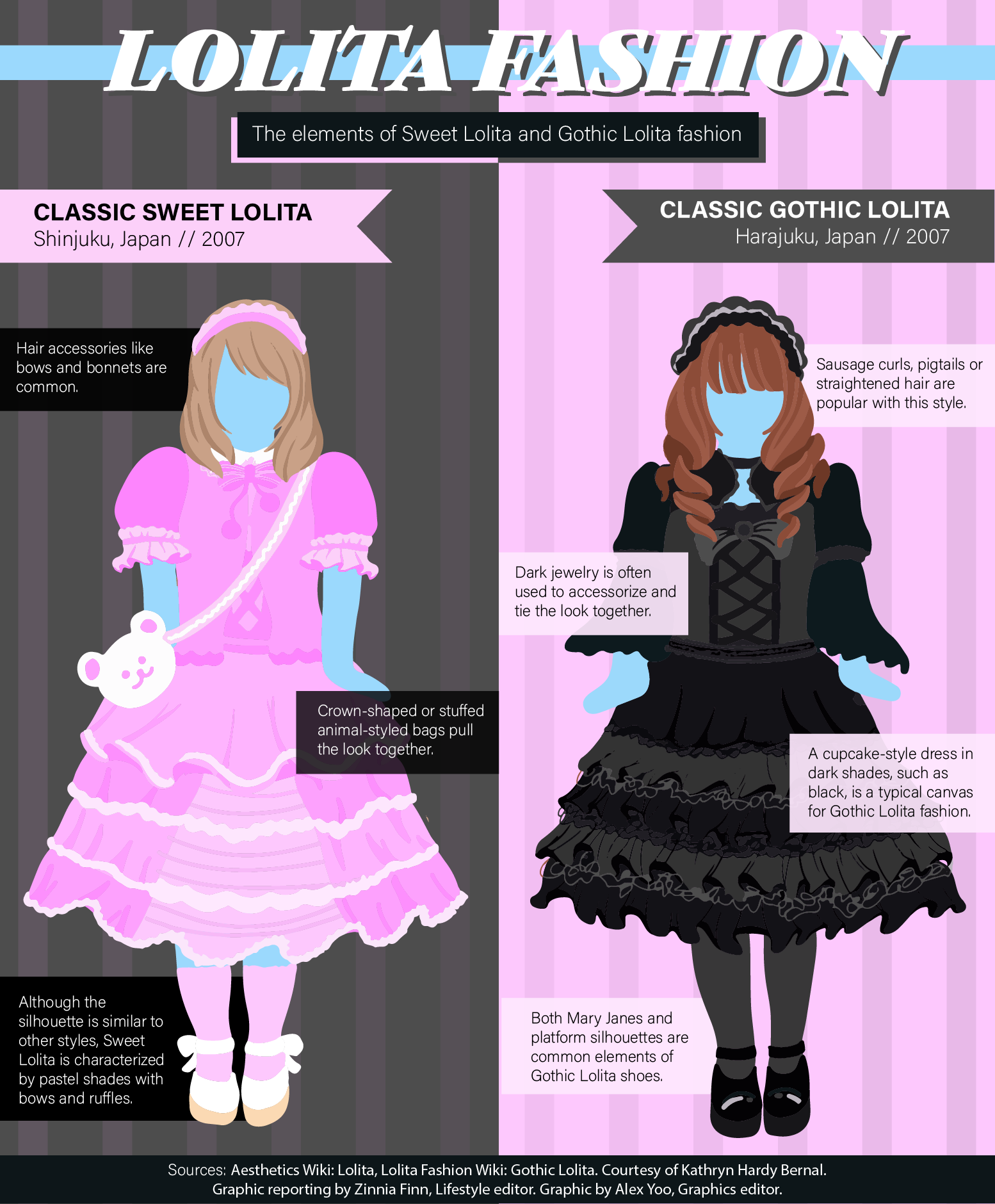 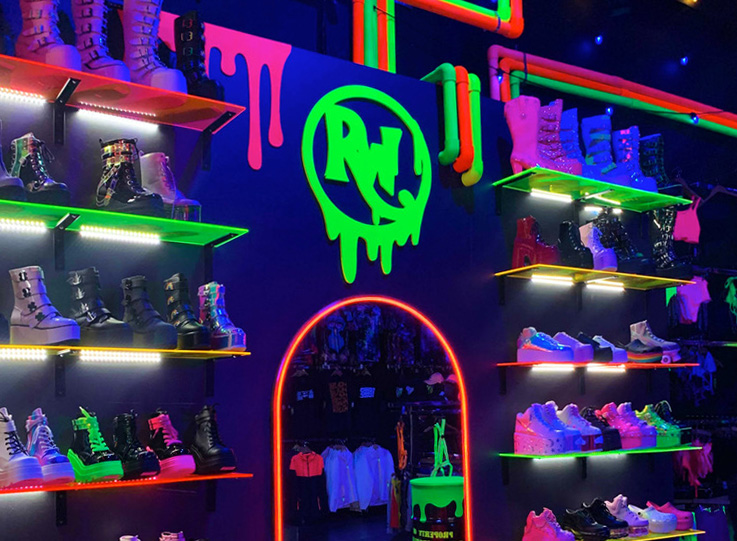 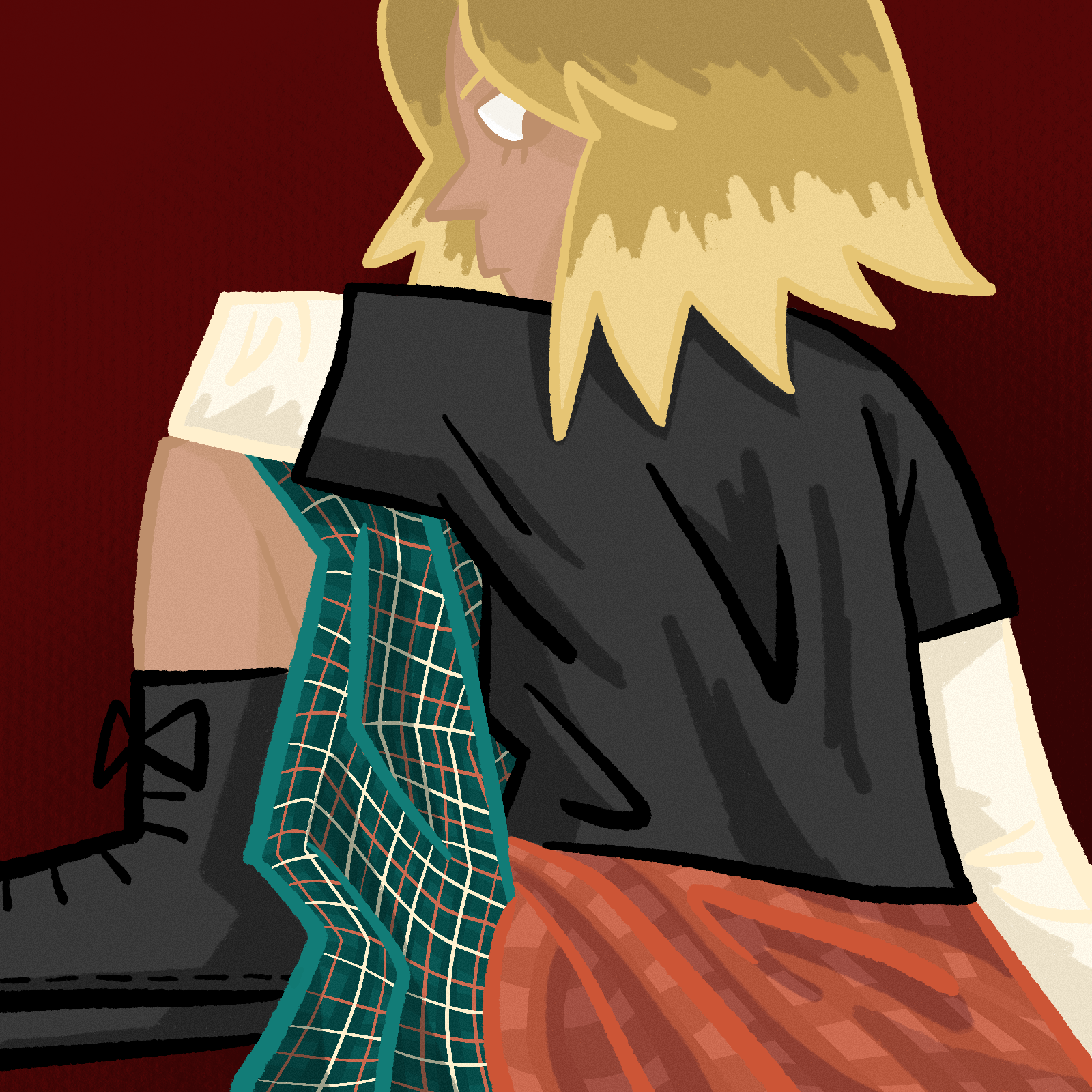