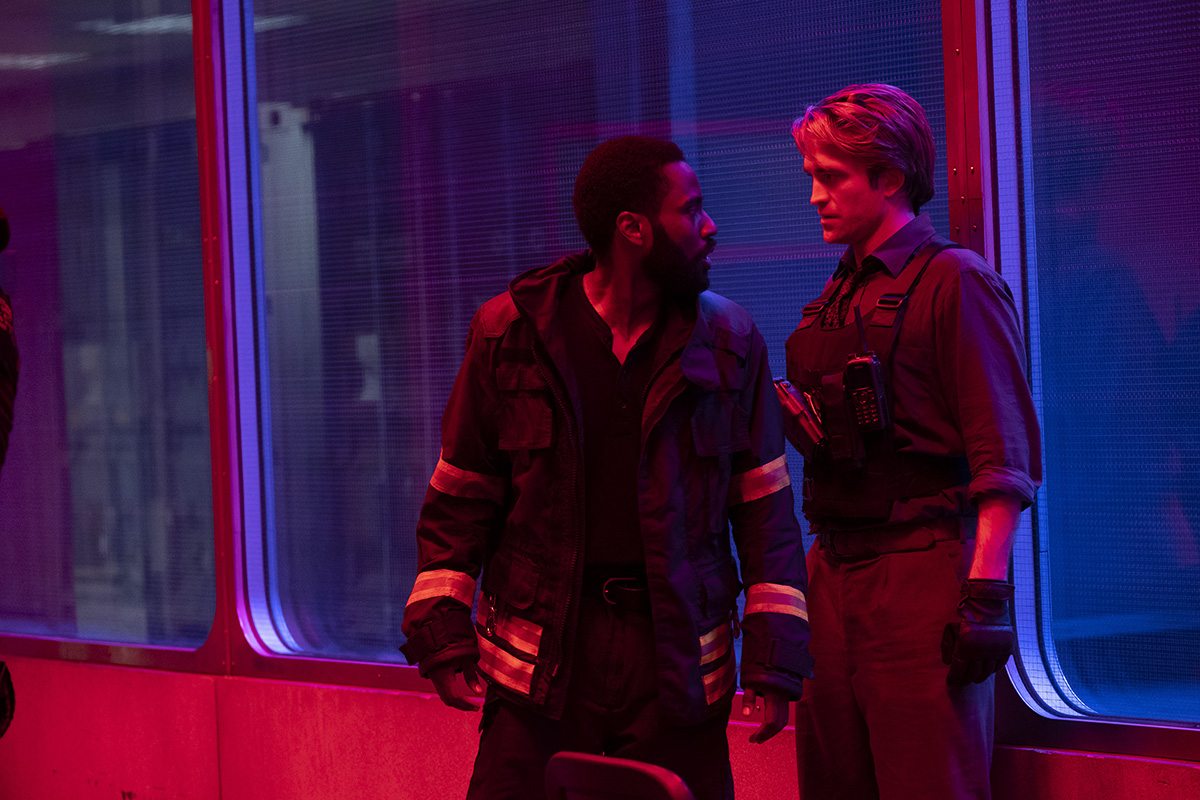 Over a year after its first teaser debuted in theaters and 48 days after its initially scheduled release date, Christopher Nolan’s “Tenet” has finally arrived.

It may not exactly live up to the hype of Nolan’s other thoughtful and layered works, but “Tenet” is the perfect movie to celebrate the reopening of movie theaters – immersive, gorgeous, engaging and loud.

The Oscar-nominated director’s 11th feature film was one of many blockbusters pushed back because of COVID-19, and although it has debuted overseas and domestically, cinephiles living in certain states are still unable to see it in nearby theaters because of local restrictions. However, the best and only place to see “Tenet” – and its instantly iconic action sequences – is on the biggest silver screen possible.

Though the plot, dialogue and sound mixing in “Tenet” left much to be desired, Nolan knows exactly how to make his films cinematic in terms of visuals, pacing and scope, so his ambition fully paid off in that regard.

“Tenet” follows a former CIA agent – referred to only as The Protagonist (John David Washington) – who finds himself thrown head-first into a secret cold war that centers around a mysterious, time-reversing machine. On his mission to save the world from the eccentric and entertaining Russian oligarch Andrei Sator (Kenneth Branagh), The Protagonist teams up with Sator’s abused wife Katherine (Elizabeth Debicki) and British operative Neil (Robert Pattinson) to orchestrate heists and prevent assassinations, all while moving both forward and backward in time.

Nolan attempts to explain the logic and practical mechanics of the technology in his wholly original screenplay, but the heavy exposition that has become his trademark over the past two decades is clunkier than usual in “Tenet.” That doesn’t completely take away from the novelty of the concept, but it is difficult to follow considering how hard the dialogue is to understand when so many characters with heavy accents are wearing gas masks in war zones for most of the film.

Shrouded in mystery for months, “Tenet” is an action-thriller at heart and leaves most of its characters’ development by the wayside. Washington’s central character does not have a name, nor does he have personal, emotional stakes in the plot for the majority of the runtime. Nolan certainly justifies this choice by the end of the film, but mysterious, nameless characters don’t always have to be blank slates – just look at The Narrator from “Fight Club.”

Still, Washington does his best in the role – bringing the same balance of charisma and dramatic chops he brought to “BlacKkKlansman” in 2018 – and his chemistry with Pattinson helps keep the first act’s exposition-heavy scenes entertaining. Washington and Debicki also make for a good on-screen pair, and they avoid becoming a part of a cliche love triangle by fostering a down-to-earth and believable partnership throughout the entire film.

Debicki’s character also stands on her own and is easily the most sympathetic, engaging and three-dimensional character in “Tenet.” Considering the fact that the number of dynamic female characters in Nolan’s first 10 films could likely be counted on one hand, it was pleasantly surprising to see Debicki’s Katherine become the emotional core of his newest sci-fi story.

Yet in the end, the characters and plot play a distant second fiddle to the real draw of the film – the action.

If the word “spectacle” could be stretched out into a two-and-a-half-hour-long movie, the result would be “Tenet.” There are a half-dozen action scenes that are beautifully shot and choreographed, and the way Nolan integrates the fictional concepts and practical effects is borderline masterful. The grandiose fashion in which Nolan shoots the time-inverted scenes in IMAX is part of what makes “Tenet” unlike nearly any blockbuster film to come out in the last few years.

And like many of Nolan’s notable films, the underlying core of “Tenet” is time.

Nolan has long built his films around the idea of time, but he usually supplements it with added themes of love, grief or hope – think “Interstellar,” “Inception” and “Dunkirk.” In comparison, “Tenet” is a movie that is almost entirely focused on time, both on a science fiction level and on a thematic one. While that can be thought-provoking, it sometimes fails to inspire the same emotional connection felt in most of Nolan’s other films.

The lack of tangible humanity is noticeable, but “Tenet” overcomes it by fully committing to its action roots and sci-fi concepts. The film was made for the big screen just like any other action flick, but it pushes the envelope thanks to its high-concept ideas, palpable tension and visceral visuals – when Nolan gets his hands on a story, that much is to be expected.

And much like “Inception,” the plot and concept likely require multiple viewings to fully understand. Revisiting “Tenet” in the years to come will be far from a chore, however, since viewers will get to witness some of the best action ever put to film over and over again.

Whether you’re watching it backward or forward, on fast-forward or in slow-motion, “Tenet” is a blast from start to finish. 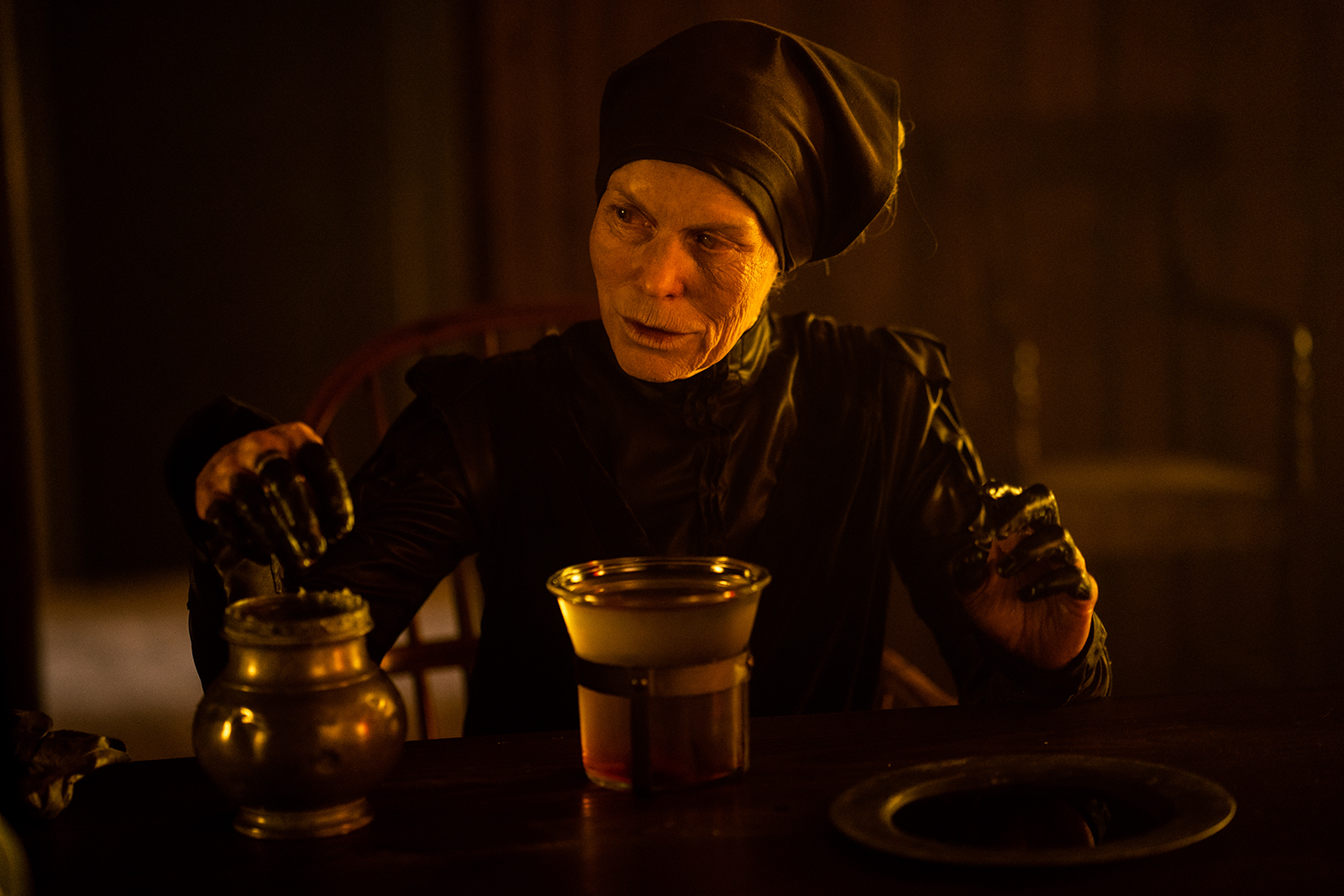