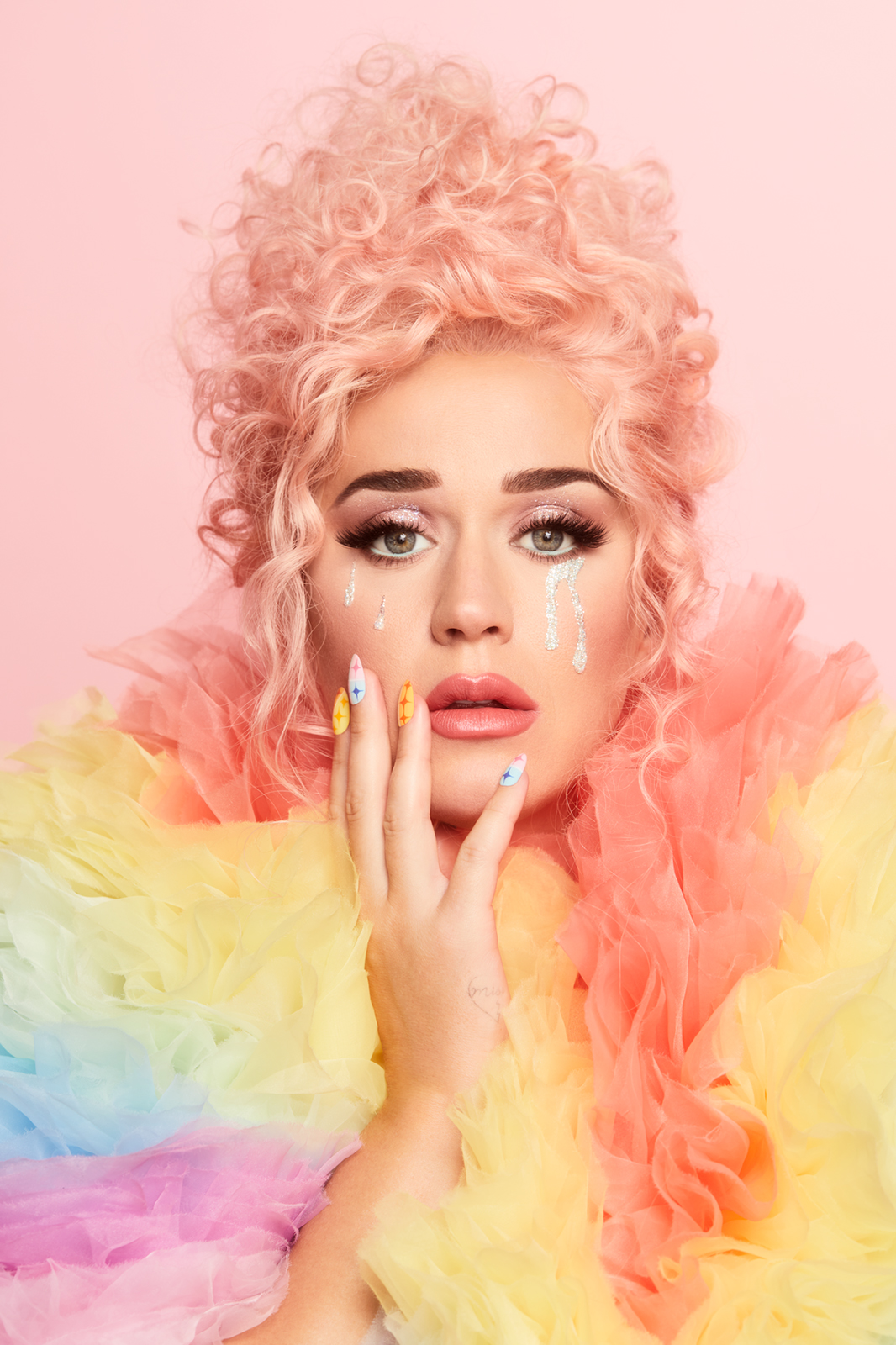 In anticipation of her upcoming studio album “Smile,” Katy Perry discusses bringing humor into everyday life and how she managed to get her smile back after difficult times. (Courtesy of Capitol Records)

To Be Released August 28

Katy Perry walked through hell and came back with an album.

Emerging stronger than ever, Katy Perry is preparing to release her sixth studio album, “Smile,” on Aug. 28. The record symbolizes her emotional journey towards hope and joy after enduring some of the most difficult times in her life, Perry said. And as she returns to her pop roots, the singer said she hopes listeners can relate to the record’s themes of resilience and perseverance during uncertain times.

Katy Perry spoke with the Daily Bruin’s Vivian Xu and other collegiate reporters in a panel organized by Universal Music Group’s °1824 with questions submitted by reporters and presented by moderator Madison Florence of °1824. The singer discussed embracing failure while writing “Smile,” bringing humor into everyday life and maturing alongside her fans.

Madison Florence: What inspired you to move away from the club-type beats on “Witness” and return to your more carefree pop sounds?

Katy Perry: I have always experimented with different sonic landscapes. I’ve never been one to be inside of the box musically. Maybe I’ll do more house dance stuff (or) an acoustic record in the future, but I do think that this record musically is a lot like some of the tones of “Prism” and “Teenage Dream.” It’s really pure pop and I love that. I like leaning into the pure pop aspect of my life.

MF: In comparison to your more recent albums which center around themes of self-empowerment and feminism, how does “Smile” gravitate away from or build upon these themes?

KP: I think the record is synonymous with themes like hopefulness, resilience and joy. In the song “Smile,” when I talk about, “had a piece of humble pie, that ego check saved my life,” it’s like yeah, the universe served me. And (in) the moment, I wasn’t excited (or) happy about it, but once I got the ability to zoom out a little bit, I understood that I was going to have a greater foundation and a greater character and a greater depth because of going through those peaks and those valleys.

(Anytime) I’m acknowledging my complete failure, I feel like that is a courageous thing because everybody likes to portray perfectionism, especially in the entertainment industry and (on) social media. A part of me just wants to have an Instagram where I only post pictures of when I’m crying … so I can remind myself that those moments exist.

MF: Have any songs on “Smile” taken on a new meaning given the current state of the world?

KP: I wrote this record during one of the darkest times of my life where I didn’t really plan for the next day or necessarily want to. I was very flatlined and kind of clinically depressed, which is something I had never dealt with. This record really speaks about my own experience of walking through (hell) and coming out alive. Obviously it wasn’t as easy as snapping my fingers, but once I figured out there was a better way to look at life, I was seeing it with a different point of view.

There’s a lot of weird parallels now. It does feel like the end of the world sometimes. There’s a lot of hopefulness and resilience as themes in the record, and if someone can adopt that while listening to it, then great.

MF: How does the album cover art relate to the record’s themes?

KP: I’ve always felt a little bit like the court jester, and I’ve always had a little bit of humor injected into everything I do. I wasn’t taking myself seriously when I was spewing whipped cream out of my boobs – I knew that, I’m in on the joke. But I continue to use humor as a way to kind of bring a little levity to the seriousness of life. We use humor as a way to survive sometimes.

MF: You also made an alternative cover of the album with a piece of fan art. How important is it for you to make fans feel heard?

KP: The people have always had the power. And the people remind you when you think you have the power, there will be a leveling. It’s amazing because obviously it’s up to the listener to have the reaction to click the link to listen. It’s a symbiotic relationship – I can put music out (and) people will hear it if they like it, (so) it’s good feedback.

MF: The current college audience has grown up listening to your music and witnessing its evolution. How does “Smile” represent another stage in both your life and theirs?

KP: Some of you remember me with the black hair or the blue hair (surrounded by) all the candy – which is amazing since it’s (been) ten years since “Teenage Dream.” (But) I think that I am growing as an adult human, as a woman (and) as a soon-to-be mother, and I’m always constantly sharing my journey. I’ve grown up with my audience, (and) it’s like we’re raising each other.