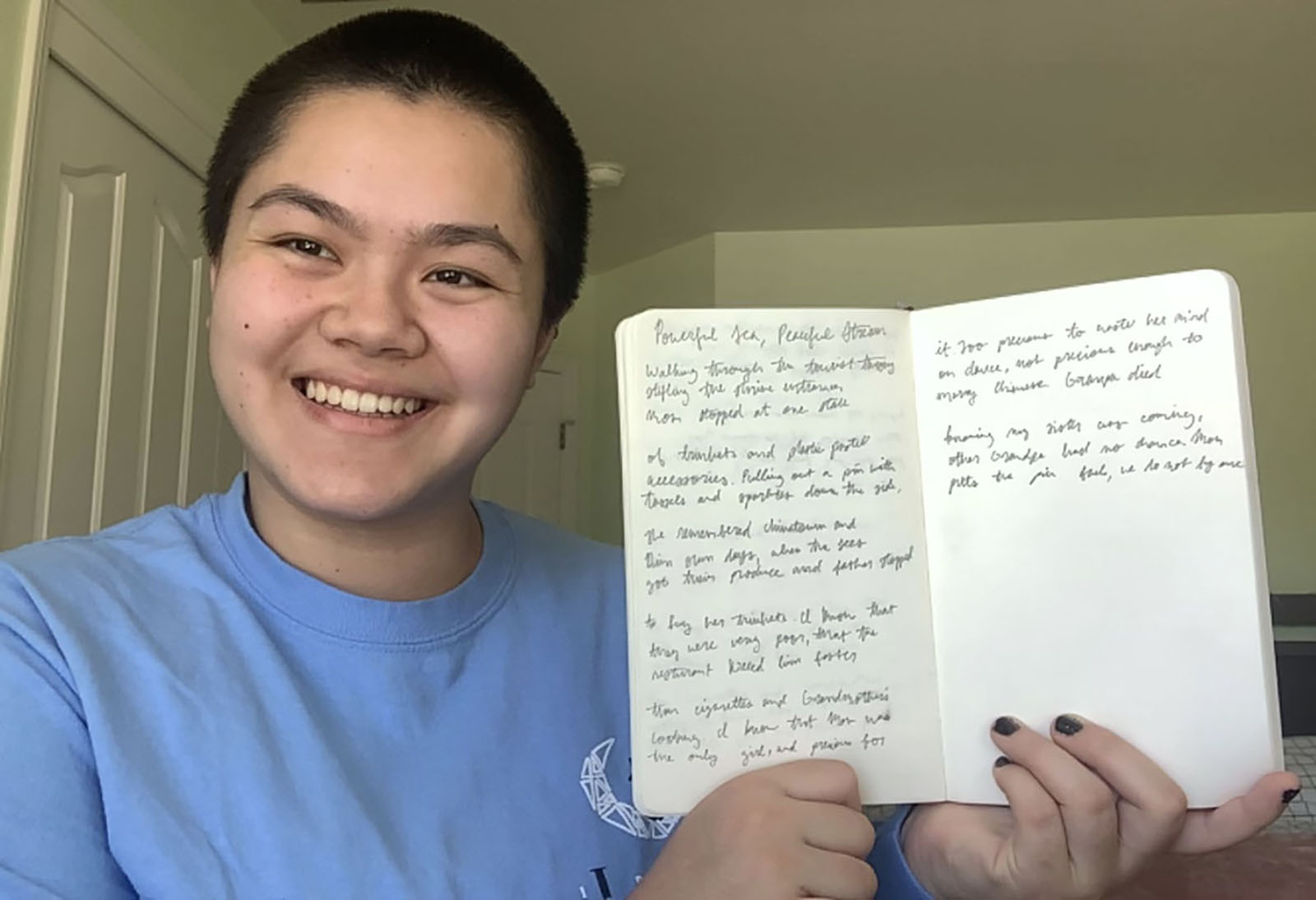 Art will be taking center stage in the digital “From the Heartland” gallery.

The gallery is part of UCLA’s Lapu, the Coyote that Cares Theatre Company’s celebration of Asian American and Pacific Islander Heritage Month, and includes multimedia submissions by its members and students as well as AAPI artists outside the campus community. “From the Heartland” aims to extend LCC’s mission of amplifying Asian American and Pacific Islander voices by providing them with a platform to share their stories, said Mei Tam, a third-year psychology student and the gallery’s organizer. The gallery title encompasses that theme by using a play on the phrase “from the homeland,” she said.

Tam put out a call for submissions of any medium at the beginning of the month, and she said she has received a range of pieces since then, including everything from short films and music to short stories and paintings. One entry came from first-year English student and LCC member Jade Lacy, who submitted three poems she wrote.

Lacy said each one of her poems is thematically different but touches on a distinct facet of her identity. Her sonnet titled “Heroes” draws parallels between the famous terra-cotta army statues and frontline workers in the coronavirus pandemic. Her other two submissions draw from her own life – “Powerful Sea, Peaceful Stream” references her grandfather and mother’s respective Chinese names and “Wichita Falls” is inspired by her family in Texas and her grandmother’s hometown.

“I am half Chinese and half white and I felt like I wanted to include this piece … because, to me, that interplay between this American heritage and Chinese heritage is important when considering my identity as an Asian American,” Lacy said.

In her first year, Lacy has worked with poetry groups on campus and also joined LCC, where she became a part of conversations that inspired her to get more in touch with her Asian American identity. Throughout the year, Lacy has been discovering how she wants to talk about her identity through poetry, and the gallery offered the perfect merging of her two avenues of exploration, she said.

However, Tam said not all submissions came from members of LCC or even UCLA students. Alisa Nascimento majors in printmaking at the University of Dallas, but went to middle school with Tam and submitted one of her works after Tam reached out on social media. Nascimento usually only presents her pieces to people at her university but said she thought it would be meaningful to share her work with a wider audience.

Nascimento’s piece is a woodblock print she made earlier in the year for class in the process of developing her senior thesis show. The piece, titled “Appetite,” plays with the theme of identity in relation to food and how Nascimento relates to her Chinese American heritage.

“As I was a kid growing up, I didn’t really have a connection through language, so I found a better connection through food,” Nascimento said. “It’s just a little fragment from my childhood memory of just looking into a Chinese butcher shop and seeing all the hanging meats and the huge cleaver and the giant wooden cutting board.”

In the same way that each artist’s submission reflects their personal experience, AAPIHM has a different meaning for every individual. AAPIHM offers an important way to spread more cultural understanding, Nascimento said, which is something she considers important because her school is located in a predominantly white area.

The month can also be about better understanding oneself as Lacy said she has struggled with what AAPIHM means to her personally. Her mother immigrated to the United States from Hong Kong at a young age, and as a self-described member of generation 1.5, Lacy said she always felt disconnected from Asian American and Chinese history growing up. However, she grew up in a very Asian community, and since joining LCC, she’s discovered a larger dialogue about what it means to be Asian American, she said.

Illustrating varied perspectives of heritage and identity, “From the Heartland” will fully launch as a webpage Thursday, just before the end of AAPIHM. Tam said she hopes the gallery both honors the AAPI artists it features and allows people to see how creative the AAPI community can be.

“When a lot of people think about Asian Americans, they always think about the whole model minority image … but we’re so much more than this narrative,” Tam said. “I hope people can see that we’re finally taking the narrative into our own hands and writing our own stories.”