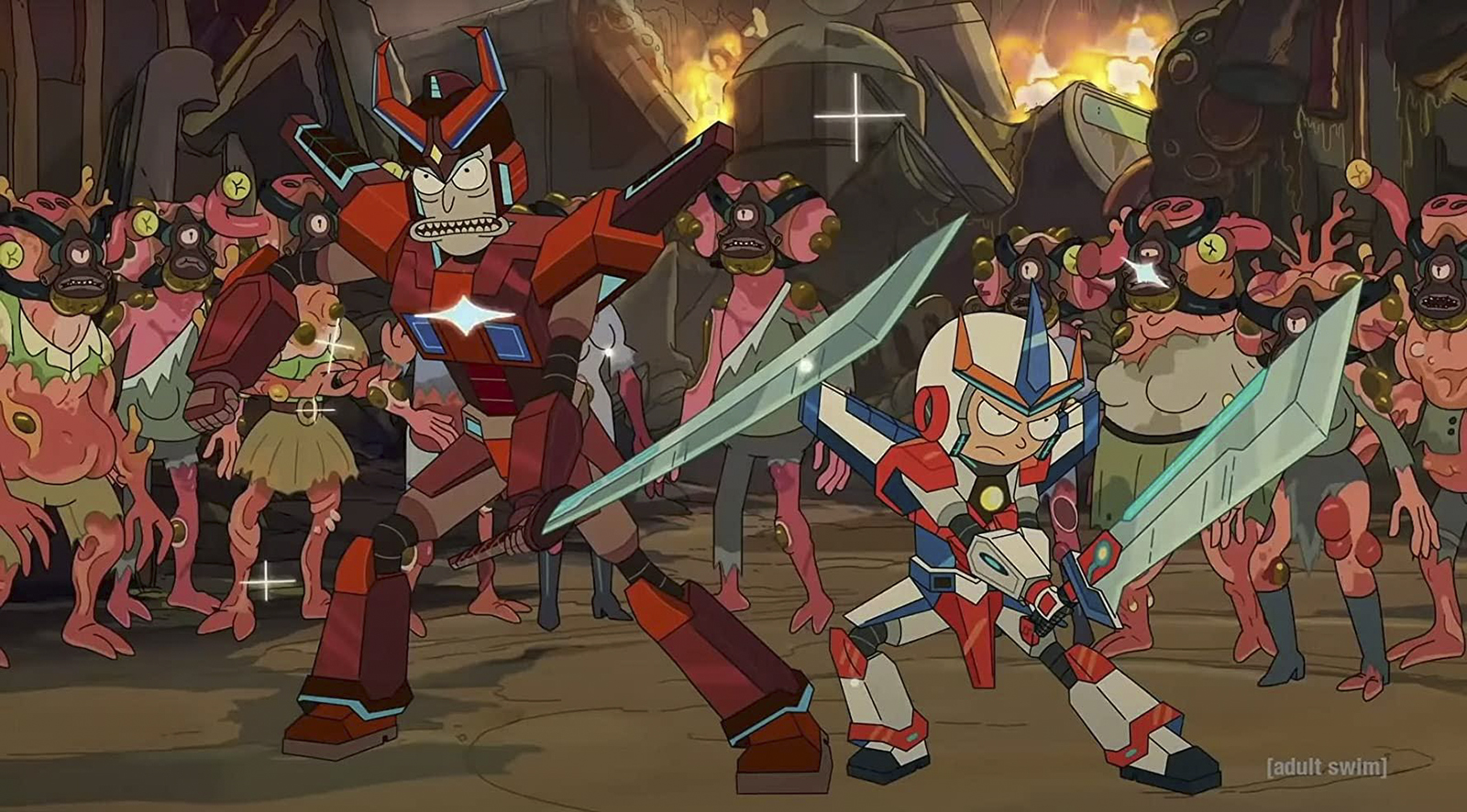 Stay away from wet eggs – they’re sure to disappoint.

As the episode’s title foreshadows, “Promortyus” runs the gamut of sci-fi franchises but does not meaningfully add to the genre’s repertoire, making viewers wish they’d just rewatched “Prometheus” instead.

Traversing through the New York City-esque metropolis of Glorzo, Rick and Morty realize the tentacled aliens have attached themselves to unsuspecting hosts, using their bodies to industrialize their planet. While under control of the Glorzo, Rick spouts “alt-right” talking points and touts miracle pills on YouTube in an Alex Jones spoof, becoming the planet’s laughingstock. Meanwhile, to Rick’s chagrin, Glorzo Morty is a world-renowned scientist.

While the Glorzo gag cleverly alludes to worldbuilding elements that become important later in the plot, the aliens themselves are underwhelming. With a cyclopslike eye placed strategically atop a mass of writhing tentacles, the Glorzo are eerily reminiscent of the classic Daleks from “Doctor Who” when unarmored – with parasitic Daleks featured in its latest season. Like with “Prometheus,” the Glorzo characterization exists primarily to earn brownie points from casual followers of the sci-fi nerd canon.

Meanwhile, Rick and Morty are exposed as impersonators when the duct tape on their faces isn’t as strong as they had hoped. Shooting through a horde of hosts, the duo find their spaceship and zoom around the planet in an enthralling “Star Wars”-esque battle of exploding tentacles.

This leads to one of the episode’s funniest moments as Rick and Morty fly toward the Glorzo rendition of the twin towers, lasers poised – veering off at the last second to lay waste to the Glorzo Pearl Harbor instead. Subverting expectations that the show swerve away from cheap 9/11 jokes, the humor derives from the notion that Pearl Harbor is somehow the more tasteful choice, emphasizing the complete moral vacuum of the show’s titular characters. These one-offs, though not intrinsic to the storyline, are certainly inextricable from the well-known brand of off-color humor in “Rick and Morty.”

Leaving behind a decimated planet, Rick and Morty return home to a normal family dinner with Morty’s parents, who remark on the absence of his sister, Summer. The two realize they forgot Summer on Glorzo and race back, only to find her as the pampered empress of the Glorzo through an oddly placed flashback sequence.

In a cave full of wet eggs set in the flashback, Rick and Morty become Glorzo hosts while Summer learns the species lay eggs in their hosts before exploding 30 minutes after their birth. She helpfully recommends, “Maybe, uh, don’t do that?” and is crowned queen. With her teenage drawl and pointedly blasé attitude, Summer’s ascension to power is a far more hilarious use of her character than as a placeholder in Morty’s imagination in “Never Ricking Morty.”

The flashback moves to follow Rick and Morty’s Glorzo selves, Bruce and Steve, respectively, who overcome a mutual enmity and begin to make out. Uncomfortably, the scene seems to believe that gayness in and of itself is a punchline. There’s not much humor, just the initial gross-out of implied incest. In fact, the scene banks on the same self-impressed immaturity as when Chang from “Community” yells “Ha, gay!” in a classroom discussion about respect – except without the irony.

In the last moments of the episode, having caught up to present events, the three escape into the spaceship by Morty playing a harmonica – a reference that’s too specific to be generally appealing and too nonsensical to work on its own. Similarly, the episode as a whole relies too much on other franchises without adding anything to the tropes it capitalizes upon, as demonstrated by the show’s final scene.

At home, Rick and Morty are overcome with stomach pain and believe they’re about to lay Glorzo eggs, an ending that appropriately encapsulates “Promortyus.” Rather than birthing a new, original species – or episode idea – it turns out they just have to fart.