Movie review: ‘The Half of It’ offers fresh perspective on what a teenage rom-com can be 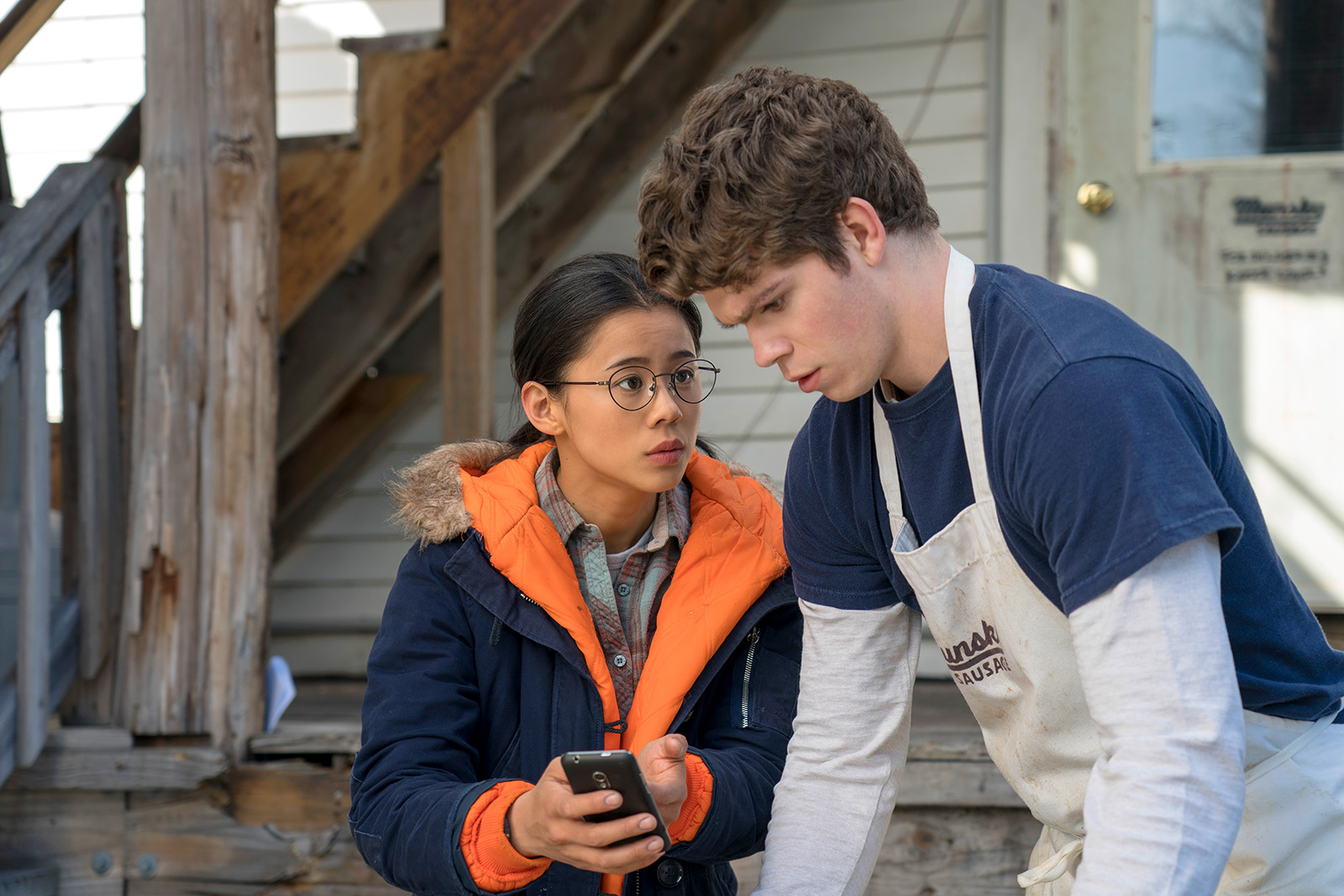 “The Half of It” distills the messy and reckless bits of teenage love into a heartfelt coming-of-age story, complemented by modern sensibilities and nuanced personas.

Inspired by the French play “Cyrano de Bergerac,” Alice Wu wrote and directed the 2020 Netflix film, transposing the classic tale into the small fictional town of Squahamish. Ellie Chu (Leah Lewis) is a closeted, straight-A student whose difficult financial situation forced her to help a jock, Paul Munsky (Daniel Diemer), pen a love letter to woo the girl she is also secretly in love with, Aster Flores (Alexxis Lemire). What begins as a benign transaction soon snowballs into a precarious facade that is at times emotionally taxing to watch, but ends in a sensibly optimistic pay-off for the trio.

The film begins with a pointed spoiler in Chu’s narration where she claims the film “is not a love story, or not one where anyone gets what they want.” As the narrative unfolds, however, it becomes clear that love does drive the story – not in the conventional heteronormative sense – but in its myriad forms that span across gender and sexuality. While the storyline could have easily morphed into another one of Netflix’s shallow teenage rom-coms, it is redeemed through emotionally distinct characterizations and an ending that takes into account the reality of the situation instead of forcing a picture-perfect ideal.

The story’s emotional linchpin lies in the slow-building friendship between Lewis’ and Diemer’s characters. The actors naturally bounce off of each other’s energy in moments of comedic buffoonery and heartbreaking confrontations. Their on-screen chemistry helps bring the script to life– especially as the two banter their way through taco sausages which may just become the next must-try quarantine combo.

Aside from the film’s quirky new foods, it also features characters who are able to defy cliches. Paul especially seems to check off all the stereotypes of a jock on paper: slow-witted, awkward and simple-minded. But the film creates additional dimensions through expressive dialogues and personable traits, like the heavy use of emojis in his texts. Diemer’s performance masterfully embodies his character’s easy-going and brazen-faced personality and rounds it out with subtle emotional vulnerabilities.

Lewis also delivers a dynamic performance in a stereotypical role with added twists, convincingly projecting the no-nonsense attitude in the physicality of her character and complementing it with a dose of naivety. Ellie gets good grades, plays the piano for church and is equally responsible and resourceful. But her closeted sexuality – not commonly seen in Asian representations in the media – places her at moral odds with both the townspeople and her own family.

To make matters worse, Ellie is also faced with the dilemma of choosing a college that either allows her to stay and take care of her immigrant father (Collin Chou) or forces her to leave her family behind in pursuit of her own personal growth. While such generational struggle has been told time and time again in other Asian representative films, “The Half of It” presents it in a more unconventional manner.

Ellie’s father never explicitly pushed his expectations on her, but her reticence to leave largely hinges upon his mental incapacity. In this moment, the film flips the script on the older generations in Eastern cultures – which tend to devalue the importance of mental health – by showing that age is irrelevant when it comes to the effects of trauma.

But where “The Half of It” fails to meet expectations is in the film’s inability to elaborate on a crucial element in Ellie’s familial background. Her mother who passed away was only referred to in abstract and obtuse terms throughout the narrative, leaving the tension between father and daughter unresolved. While her father was able to discuss his personal trauma with Paul, Ellie was never given the opportunity to assess the tragedy in her own terms, drawing away from her emotional complexity.

But Ellie’s character isn’t the only one lacking depth in certain facets. Aster’s motivations are also inconsistent, lending to a lack of intimacy in her and Ellie’s relationship. To note, Aster already lacked sufficient screen time relative to the other leads, and instead of developing her character and relationships more, her time was wasted on gratuitous scenes rehashing the pressure to conform.

The first two on-screen encounters between Ellie and Aster had practically no build-up, while the third quickly escalated into a half-naked spa session in Aster’s favorite secret hideout. However, the narrative flow does not warrant such easy intimacy, making it seem like the scene’s primary purpose is to bait and muddy the audience’s expectations.

Despite the momentary lapses in the plot and characters, it still manages to get at the heart of the contemporary love and friendship in all its heady and emoji-filled glory. And while the reliance on stock characters initially felt like a shortcut, the film is able to utilize the structures in a way to subvert expectations and introduce more depth to its characters. Moreover, the Netflix film is well-served by focusing on the pursuit rather than the attainment of love, as the characters embolden each other to start taking agency instead of remaining complacent to their current circumstances.

“The Half of It” is a refreshing take on the formulaic teenage rom-com and stock characters – and the ending’s optimism provides a sentiment that is much-needed nowadays.