Press Pass: Looking back on when the Daily Bruin reduced print production during World War II 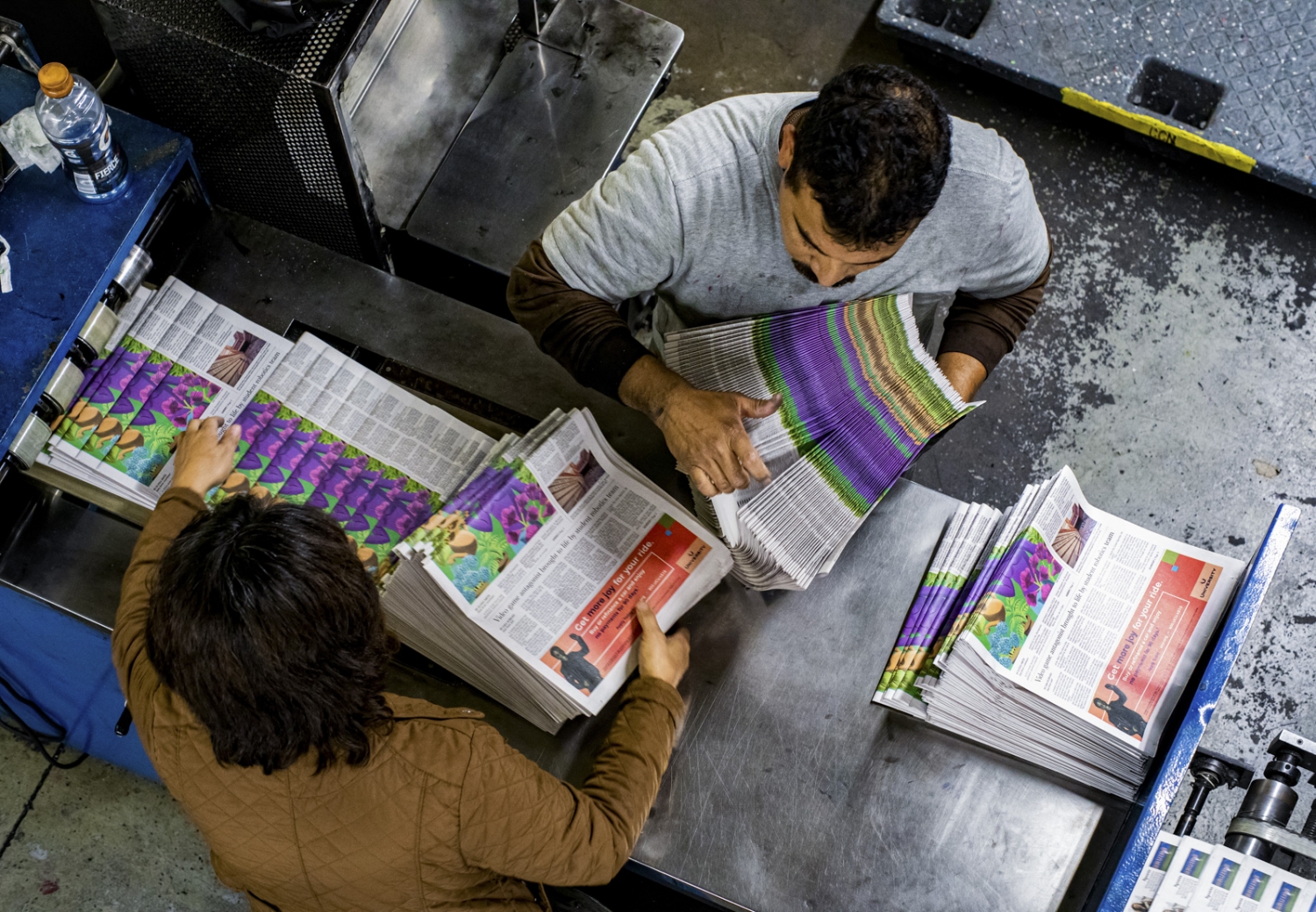 Because of the COVID-19 pandemic, this is the first time the Daily Bruin has ceased printing entirely. Even during World War II, the paper continued to print three days a week. (Tanmay Shankar/Assistant Photo editor)

The Daily Bruin isn’t printing this quarter, but this isn’t the first time we’ve scaled back on print production.

Just this week, the Daily Bruin’s upper management announced that the Daily Bruin would cease print production through the end of the 2019-2020 academic year, in light of the ongoing COVID-19 pandemic.

After all, it doesn’t really make much sense to print 6,000 copies of a student newspaper every day when most of the student body has left campus and instruction is entirely remote.

Originally, management’s plan was to cease printing until April 10 in line with the school’s initial plans to return for in-person instruction by week three. But the ever-changing nature of the pandemic has lead to the extension of remote instruction and, consequently, the extension of digital-only production for the Daily Bruin.

The Daily Bruin staff had to make a similar decision regarding print production back in the 1940s, when the United States entered World War II. In April’s updated letter from the editors, The Bruin’s upper management notes that this is the first time since World War II that the paper has ceased to be printed five days a week. However, this is the first time in our entire history that the paper has ceased printing entirely – during the war, the paper continued printing three days a week, on Monday, Wednesday and Friday.

While the impact of the coronavirus outbreak on The Bruin certainly draws parallels to that of World War II, the situation necessitated different responses in the way the paper scaled back its print production. The response to the current situation came relatively swiftly, but in the 1940s, the shifts in the paper’s production cycle were much slower and evolved throughout the course of the war.

As UCLA alumnus George Garrigues noted in his history of the Daily Bruin, the U.S. entered World War II right around the same time students were gearing up for finals. Late in the evening on Sunday, Dec. 7, 1941, the paper’s staff scratched its original layout for Monday’s front page and replaced it with a number of articles about the bombing of Pearl Harbor from the United Press wire service with the bold-faced headline “Japan Declares War!”

Print production didn’t slow down right away. Through the end of the semester – this was decades before the university switched over to the quarter system, of course – Garrigues writes that “war news blanketed The Bruin’s front page.”

The paper did produce a shortened version on Dec. 11 – this was, however, unintentional. During wartime, governments across the world used to impose “blackouts,” during which lights would be shut off for short periods of time, in an effort to prepare for potential attacks as well as to make it more difficult for bombers to navigate urban areas that would normally be well-lit at night. Garrigues writes that the first U.S. blackout of the war struck Southern California on Dec. 10, 1941 and the Daily Bruin editors had to publish a shortened three-page paper, composed of a broadsheet front page and two compact tabloid pages following it.

“Due to the loss of time during last night’s blackout the Daily Bruin today appears in a form unique in the annals of journalism – a three-page paper,” wrote the then-Editor-in-Chief Malcolm Steinlauf on the front page of the paper.

It wasn’t until 1943 that the paper’s print format began to change for good. As staffers were drafted into the war, the size of the staff shrank, and so did the paper. On Jan. 4, 1943, The Bruin switched from the lengthy broadsheet layout it had been printing for decades before – and as it is typically printed today – to a smaller tabloid one, comparable in size and shape to that of papers like LA Weekly.

In terms of wartime content, Garrigues notes that The Bruin took a largely liberal stance, with especial opposition against the internment of Japanese Americans; conservative groups – in particular, those investigating communism at UCLA – did not look upon The Bruin favorably. Then-dean Earl J. Miller even went as far as saying that UCLA would be better off without a school newspaper entirely, Garrigues writes.

Luckily, Miller didn’t get his way – as we all know, the paper survived opposition from conservative admins and readers. Following the end of the war, the paper resumed daily production, and has consistently published five days a week since fall of 1945. Until today, that is, when the pandemic once again puts us in a situation in which print production is not in the best interest of our students or staff.

Fortunately for the UCLA community, we’re living in an age in which cutting print production doesn’t hold quite the same weight that it would have in the 1940s – had the Daily Bruin’s then-upper management decided to cease printing the paper entirely, it’s possible there would have been no Daily Bruin at all. It goes without saying that temporarily switching to a digital-only media source would have been, well, impossible without any sort of internet to get things going.

While reading Daily Bruin stories online might not have the same novelty as picking up a paper and skimming through it on your daily walk to class, it’s a reminder that we’re all going through different adjustments to the current pandemic and doing our best to get through this safely and sanely. Just like The Bruin returned full-time in 1945, the paper’s staff is excited to come back to Kerckhoff Hall 118 and get the printers running once it’s safe to do so again – whenever that may be.