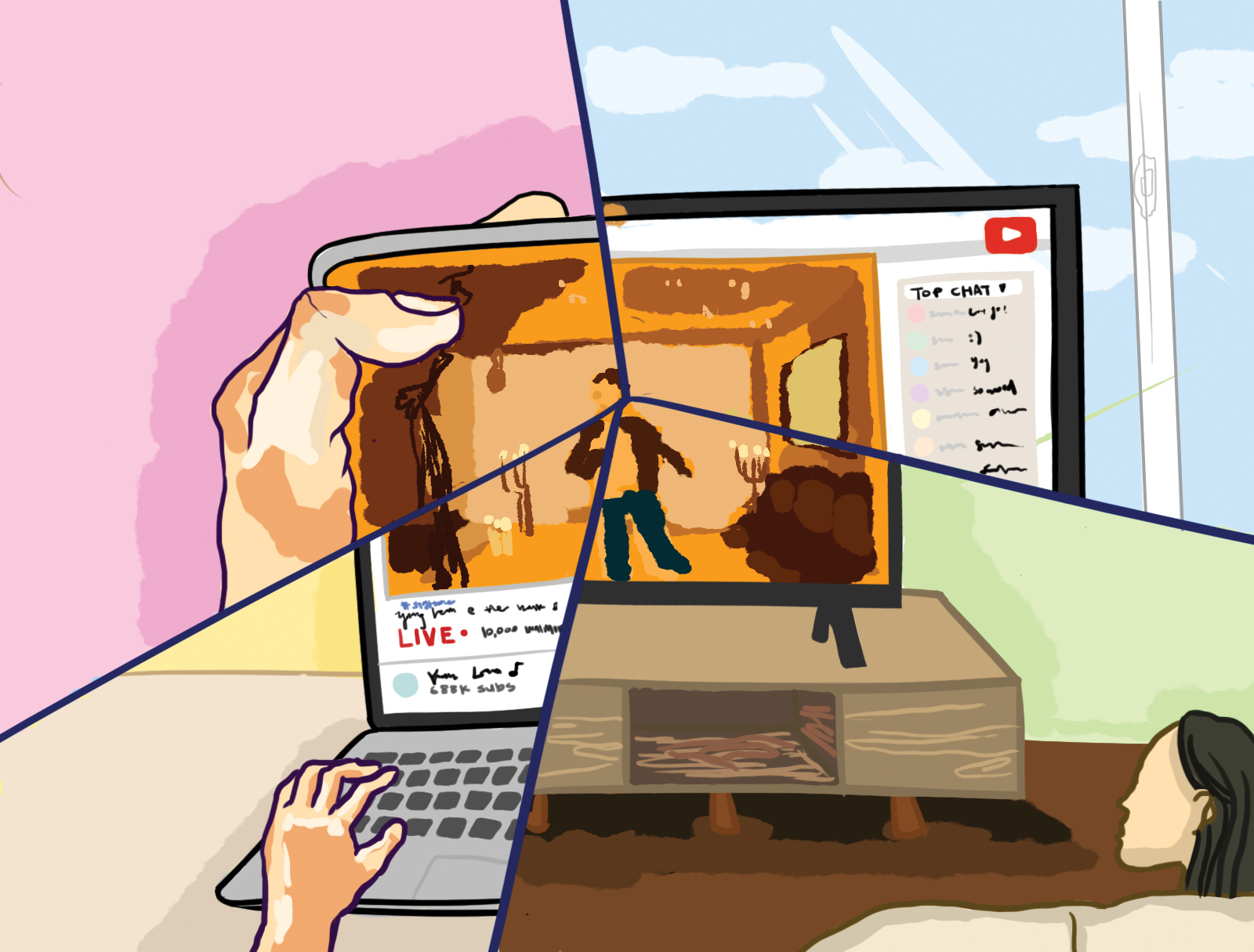 Stadiums have been replaced by a couch and only a computer screen separates audiences from their favorite artists.

With global stay-at-home guidelines in effect due to the coronavirus pandemic, musicians have been forced to either cancel or postpone their upcoming tours to a later date. But using digital platforms such as YouTube, Instagram and Twitch, artists of all genres are attempting to replicate the concert experience for a greater online audience. These live-streamed sets and interactive experiences not only add to a breadth of free content available to fans for the foreseeable future, but also promote much-needed messages of inclusivity and togetherness at a time of isolation.

Lifting the spirits of his audience, YUNGBLUD is one of many artists who have put out free live-streamed content in the wake of the cancellation of his “The Underrated Youth Tour.” His hour-long YouTube Live special on March 16 entitled “THE YUNGBLUD SHOW LIVE” featured a talk show-like set-up with interjections of quick comedy bits and even a cooking segment between his musical performances.

With an incredibly high production value – due in part to the camera crew and band behind him – YUNGBLUD aimed to emulate the vibrant energy of his in-person shows. At times, he even prompted the audience to put their hands in the air or expected them to finish his lyrics, pointing his microphone at the camera.

However, YUNGBLUD wasn’t the only artist making the most of their quarantine to ensure their fans stay entertained. On Friday, singer Tinashe hosted a free dance class streamed on Instagram Live, where she taught her own choreography. On top of that, Diplo has continued to host his own virtual concert series, entitled “Corona World Tour” every Thursday, Friday, Saturday and Sunday, where he DJs and remixes songs with other musicians.

With some artists opting for special guests or interactive segments, they are truly taking advantage of the freedom they gain in having complete control of an online streamed concert. And while these performances are not exact replicas of a live show, the individual and personal aspects of each concert still allows listeners to be close to their favorites and feel a little less distant from them.

The mass wave of live-streaming experiences also works to emphasize an overall feeling of togetherness between listeners and musicians alike. In an industry that can often seem divided because of the media narratives of feuding artists and intense competition, it is humbling to see an entire community of artists unite to support each other. These entirely free makeshift live performances signal how much artists appreciate their fan base.

[Related: Album review: All Time Low honors its past, delves into more mature themes in ‘Wake Up, Sunshine’]

Taking that a step further, iHeartRadio hosted a televised benefit concert, featuring artists such as Billie Eilish, Alicia Keys and Elton John. The show was broadcasted internationally on TV and later posted onto YouTube, raising money for Feeding America and the First Responder’s Children’s foundation. The show also allowed artists to connect with and encourage audiences across genres to remain positive long after their live performances.

And the possible lasting effects these virtual shows could have on the music industry are endless. Online streaming gives artists the opportunity to reach a much wider demographic than previously possible through ticketed live shows. They are now able to share their stage presence with those who might be geographically or financially excluded from attending live events otherwise. With a computer and a stable source of Wifi, artists are able to tap into a new demographic, giving an online concert the potential of setting a new standard for the music industry.

Digital streaming is not only being used by larger artists, but it is helping lesser-known artists stay afloat as well. For those who are reliant on touring and performing in order to pay for food and necessities, low-stakes live concerts prove to be an opportunity to gain exposure and share an artist’s beliefs with the world.

It is strikingly clear that an online concert cannot seamlessly replace the experience of actually going to see an artist perform live, and fans and music-lovers shouldn’t expect it to. But in the midst of a global pandemic, luxuries such as concerts and music festivals must be put to the side. However, the exploration of this innovative and unprecedented new medium of digital concerts gives a glimpse of what the future of performance could look like.

Serving to both brighten fans’ days and keep artists afloat during troubling times, online concerts provide unforeseen benefits to music fans and may very well be the future of the music industry. 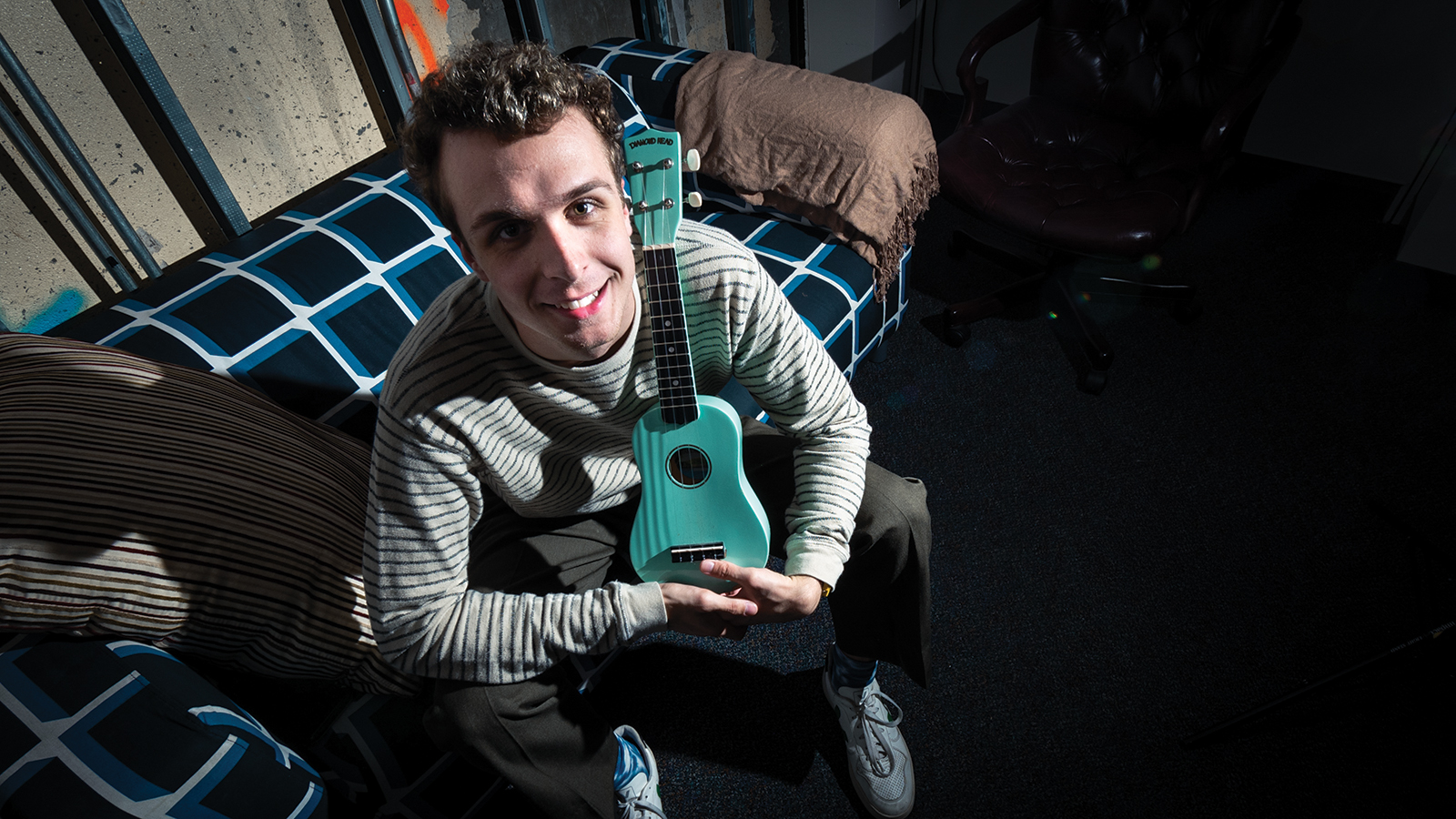