Album review: All Time Low honors its past, delves into more mature themes in ‘Wake Up, Sunshine’ 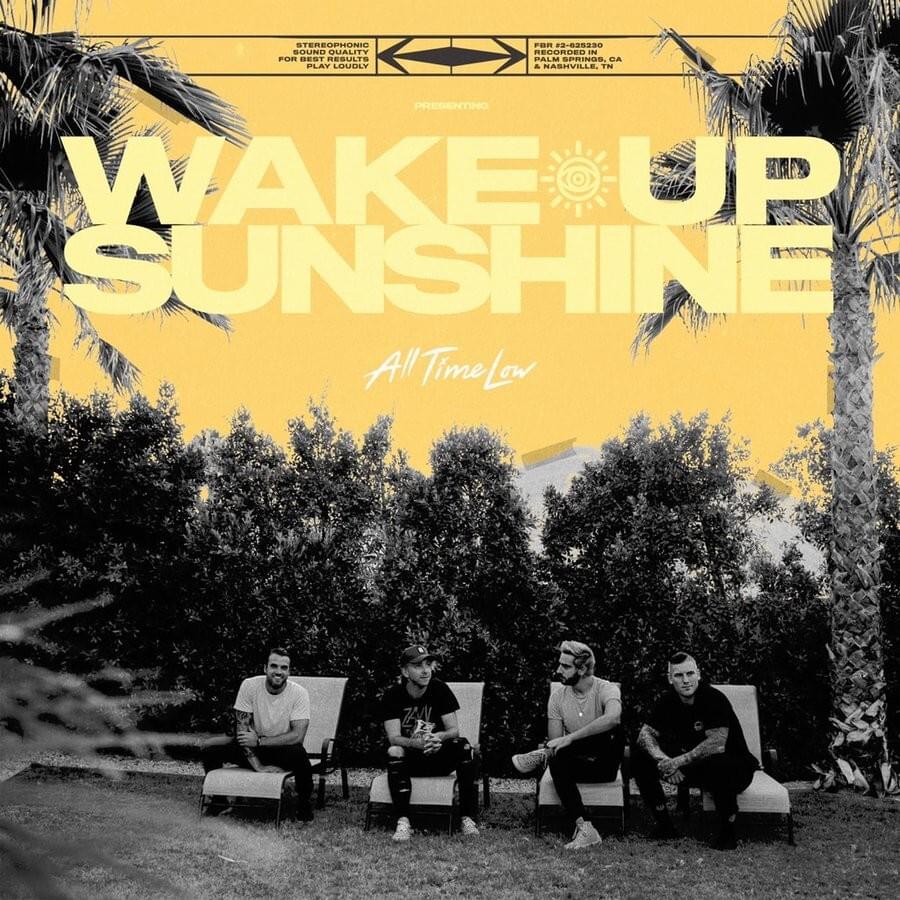 (Courtesy of Fueled By Ramen)

The world might be bleak, but All Time Low is shining the light at the end of the tunnel.

The well-seasoned American rock band returned from its three-year hiatus Friday with “Wake Up, Sunshine,” its newest album, which offers a welcome sense of nostalgia alongside a new narrative. Tonally, “Wake Up, Sunshine” falls in line with the band’s previous albums, as the vocals of lead singer Alex Gaskarth consistently complement the skills of guitarist Jack Barakat, bassist Zack Merrick and drummer Rian Dawson. The combined result is lively and boisterous, as All Time Low explores its journey of self-discovery.

Opening with “Some Kind of Disaster,” the soft hints of Dawson’s drums lay the groundwork for Gaskarth to ask his playfully dangerous question, “What are you after?” The singer answers with the track’s title, as the electric guitar riff kicks off the rest of the album. The vivacious vocals and pounding drums feed off each other until the song practically begs for the roar of a sold-out venue.

The raucous energy maintains itself for the first third of the album with “Sleeping In,” “Getaway Green” and “Melancholy Kaleidoscope.” Together, the three tracks generate a memorable dynamism even as the band dives into the low points of its sonic narrative. Much of the electric atmosphere can be attributed to Barakat, whose skill with the guitar drives the synth edges of “Getaway Green” into the rock exhilaration between each verse of “Melancholy Kaleidoscope.”

The soaring tempos bleed into the album’s titular track, but narratively, All Time Low tackles a more nuanced message. Between Dawson’s steady work on the drums, the track packs a loaded question as Gaskarth soulfully belts out “Are you livin’ well?” to begin and end the track. The band tactfully balances powerful rhythmic guitar and drums with questions that demonstrate the record is more than just a re-visitation of its riotous sound.

While Dawson gets his chance to shine, it’s Merrick’s bass that rises to the forefront in “Monsters,” one of two songs on the album that features another artist. Guest singer blackbear’s smooth and deep vocals pair beautifully with Gaskarth’s evocative tones. The two enter a heartbreaking back-and-forth conversation in which Gaskarth demands an answer to “Why do I run back to you?” blackbear offers the toxic truth as he responds, “I’m addicted to the way you hurt, the way you contradict me.”

However, while blackbear poses a vocal juxtaposition to Gaskarth, it’s the second band featured on the album that builds upon its sonic cohesion. The Band CAMINO lends vocals to the ninth track “Favorite Place,” which is placed just as the album shifts to its conclusion. The tonal similarities between All Time Low and The Band CAMINO result in a seamless collaboration. So while The Band CAMINO’s lead singer Jeffery Jordan and Gaskarth sing about star-crossed lovers, perhaps the real “Favorite Place” is at the intersection of the two bands.

Collaborations aside, the latter third of the album examines a journey of self-growth beyond what might result from heartbreak. Gaskarth notes that “There’ll be a future down the road” even as poses the timely question of “Why don’t you take a little time to get away?” in “Safe.” In a moment when the world has never seemed more desolate, All Time Low grants a sense of optimism and self-awareness to generate its own light.

The Baltimore band expertly closes out its album with “Basement Noise,” sprinkling in just the right amount of nostalgia as it melodically honors its humble garage beginnings. Gaskarth’s voice shines as the band strips back its heavy instrumentals, leaving the vocal foundations of All Time Low’s sound front and center. The track’s lyrics are a poetic homage to All Time Low itself – the garage band that left its mark on the industry with “Nothing Personal” back in 2009.

And nothing has changed, as “Wake Up, Sunshine” functions as an album to be “laughed at, laughed with, just because.”