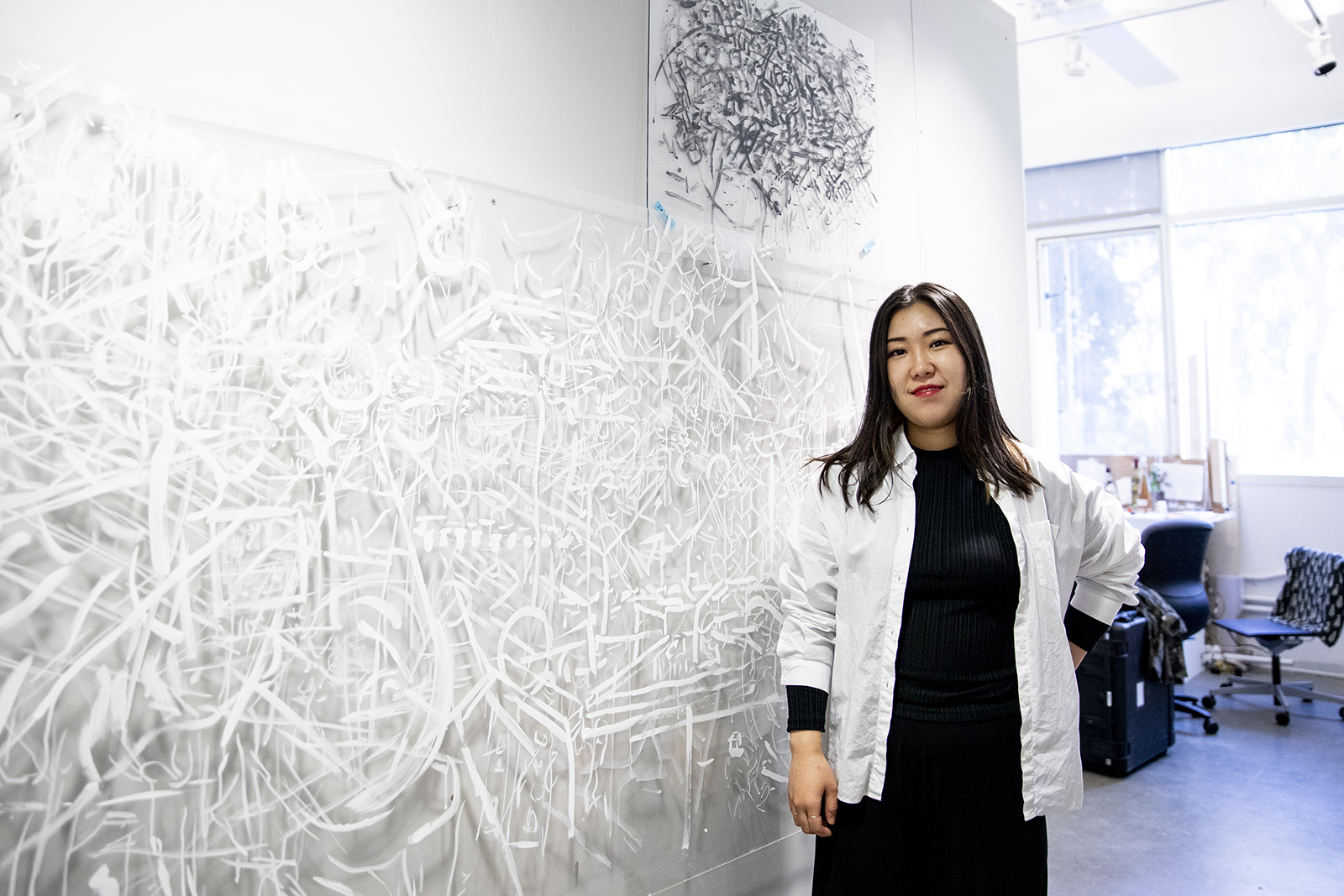 The phone rings and an electronic voice reads an eerie threat that will ensue if the message isn’t forwarded. This is “The Future.”

At first glance, science and art often seem like separate forces, but graduate student Dasul Kim blends the two together in her upcoming solo exhibition “The Future” to make a statement about a more hopeful fate. Kim’s past exhibitions in South Korea were focused on current events and the pain experienced from them, but her upcoming solo exhibition will be her first in the States, with a thematic shift toward hope instead of pain.

The works will be on display at the Broad Art Center on Tuesday and allude to real-world crises to bring awareness to global warming and inspire activism, she said.

“We must invest time and energy as long as we’ve caused this problem to solve it,” Kim said. “I am doing this kind of art, and hopefully it can impact the world, or at least the audience. I think my aim as an artist is to let my audience think about what I’m concerned about.”

When she noticed significant environmental issues, such as climate change, weren’t being addressed by the public or government, Kim said she used her scientific research to share her own commentary within her exhibition. In addition to implementing research, she said she also incorporated elements rooted in shamanism, such as the rhythmic beats of shaman rituals. This influence emphasizes how scientific predictions regarding climate issues – such as melting glaciers and species extinction – are often fulfilled because people believe the projected statistics will come true regardless of what they do, Kim said.

In her research, Kim said predictions regarding excessive use of plastic and increasing atmospheric heat levels continued to be proven true because of the population’s belief that this was inevitable. As a result, Kim said she wanted her work to provoke thought about these issues so individuals could hope for a better future instead of resigning themselves to these scientific prophecies.

Other graduate students had the opportunity to view “The Future” and give Kim feedback before its official opening. Graduate student Dalena Tran said the art was layered with references to real-world events, like the Australian wildfires, and Kim’s custom-made pieces made the work visually stimulating. Tran said a pedestal piece in “The Future” rhythmically bounces rice to imitate the shaman rituals that use rice for telling fortunes. This allusion serves as a reminder of the ability that comes with a spiritual belief like shamanism to hope for an ideal, mystical future, Tran said.

“Kim was situating the context of today’s issues, which involve climate change as well as protests and demonstrations around the world and natural resources,” Tran said. “(Kim) was using different levels of interpretation, so she had several sculptures.”

Scientific statistics aren’t outwardly listed in Kim’s exhibition but are instead incorporated through the ideas behind the statistics. With this research-based art approach, some of her findings inspired some of the other pieces in her exhibition, Kim said.

In one of her pieces, a telephone message references the once-popular online chain-mail messages to incorporate different issues seen on a global basis. She disguises the issues – such as the wildfires in Australia and the negative effects of single-use plastic – through chain-mail punishment to create an eerie metaphor. Science and art, in this case, actually go hand in hand, Kim said.

“You get all these hints, and it feels like you have to solve a riddle, which I really enjoy because it’s not completely abstract,” Gilma said. “We can take things from philosophy or science or psychology or whatever and use these means of art to communicate something from a different perspective.”

By using science to support her art, Kim said she hopes audiences looking at her exhibition become motivated to have more concern for the environment. Kim said her exhibition would make audiences do just that by instilling a sense of fear and curiosity about these topics to inspire them to make changes in their lives.

“I hope people think about (climate change and social issues), and people who are concerned can make this a larger part of society,” Kim said.