The Quad: The double-edged sword of donations in developing diverse student bodies 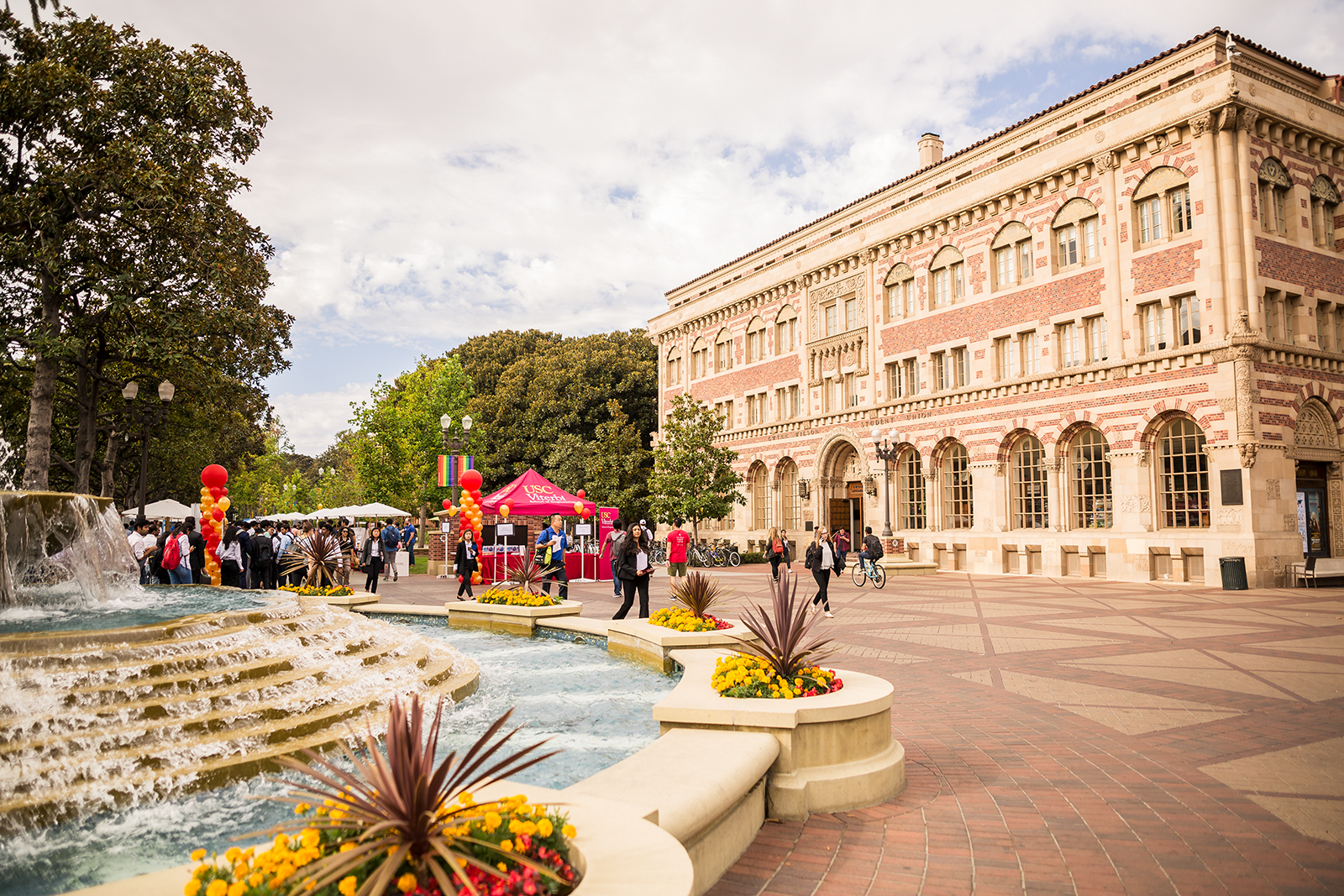 The University of Southern California recently announced a plan to expand its financial aid to undergraduate students by providing tuition-free education to families with an annual income of $80,000 or less. (Courtesy of Matt Lin)

While free college tuition seems like a dream, it will soon be a dream come true for some students at USC come fall 2020.

High tuition, expensive books and countless other costs – it’s no secret that paying for college is difficult for many students. The average yearly cost of attending college in 2019 was a staggering $53,980 for private schools and $26,590 for in-state tuition at public schools. As a result, about 44.7 million Americans have student debt.

The salience of this issue is demonstrated by the debate it causes among presidential candidates, who disagree about how to best lower the price of college.

While many believe that higher education should be accessible to all, rising tuition and other costs associated with attending college still present a barrier. According to The Hechinger Report, up to 40% of low-income students accepted into college do not attend because of the high cost of tuition.

To solve this problem, some schools are offering reduced or free tuition to students with family incomes below a certain level. For example, USC recently announced a plan to expand its financial aid to undergraduate students by providing tuition-free education to families with an annual income of $80,000 or less.

Additionally, USC will no longer consider homeownership when determining the financial need of its students. This provision will increase the amount of money given to many students, especially those in California, where home values have generally risen at a faster rate than income.

Trenton Stone, Undergraduate Student Government president at USC, said in a USC Press Room article he believes the initiative will make USC more accessible to those from different financial backgrounds. USC anticipates that these new policies will directly benefit over 4,000 students every year once they are completely implemented.

Isaiah Turner, a student at USC, thinks this policy will encourage more diversity on USC’s campus.

“I think it will definitely increase the diversity of people who apply to USC,” Turner said. “Typically, minorities are the ones who make less income than white people. With this change, a lot of people who may have not considered USC before because of the price tag will now apply.”

Other private schools across the United States have similar policies to lessen the financial burden on many of their students. For example, Columbia University offers tuition-free education to those with family incomes of $60,000 a year or less. Cornell University, Dartmouth College, Duke University, Harvard University and Princeton University also have similar programs.

How do these schools fund such generosity? Private schools draw from their substantial endowments.

Endowments are the collection of donations that schools receive from alumni, businesses and others that may be invested by the university and used at its discretion. USC currently has an endowment of $5.7 billion, which is small in comparison to Harvard’s $40.9 billion.

While these private donations can be used to promote greater equality, they have also been linked to scandal and injustice.

Evidence revealed following the college admissions scandal illustrated how, at USC, officials considered how much money families could donate to the school when deciding whether or not to admit their children. UCLA experienced similar controversy as it was revealed that one parent paid $400,000 to have her child accepted to the school as a soccer recruit.

These examples demonstrate how personal donations can both help and hinder a university’s attempts to create more equitable policies and a diverse student body.

While UCLA does not offer free tuition based on annual income at this time, financial aid, grants and other scholarships have enabled UCLA to maintain a relatively high proportion of low-income students – 30% compared to USC’s 21% and Harvard’s 16%.

Additionally, the University of California’s Blue and Gold Opportunity Plan covers systemwide tuition and fees for students that qualify for financial aid and have a total family income of less than $80,000 a year.

Katie Wynne, a second-year statistics student, thinks that such initiatives are necessary considering the importance of a college education in attaining higher-paying jobs.

“A college degree is more expensive than ever – however, also more important than ever to acquire,” Wynne said. “It is apparent that more affluent families have a clear advantage over less affluent families in affording such higher-level education.”

The recent events at USC and many other universities illustrate both the potential benefits and the danger of private donations, which can create both more accessibility as well as more disparity in universities’ student bodies.

As more students go to college, students, educators and politicians alike will continue to debate over how to best confront problems such as student debt and diversity in their attempts to make higher education accessible to more students.