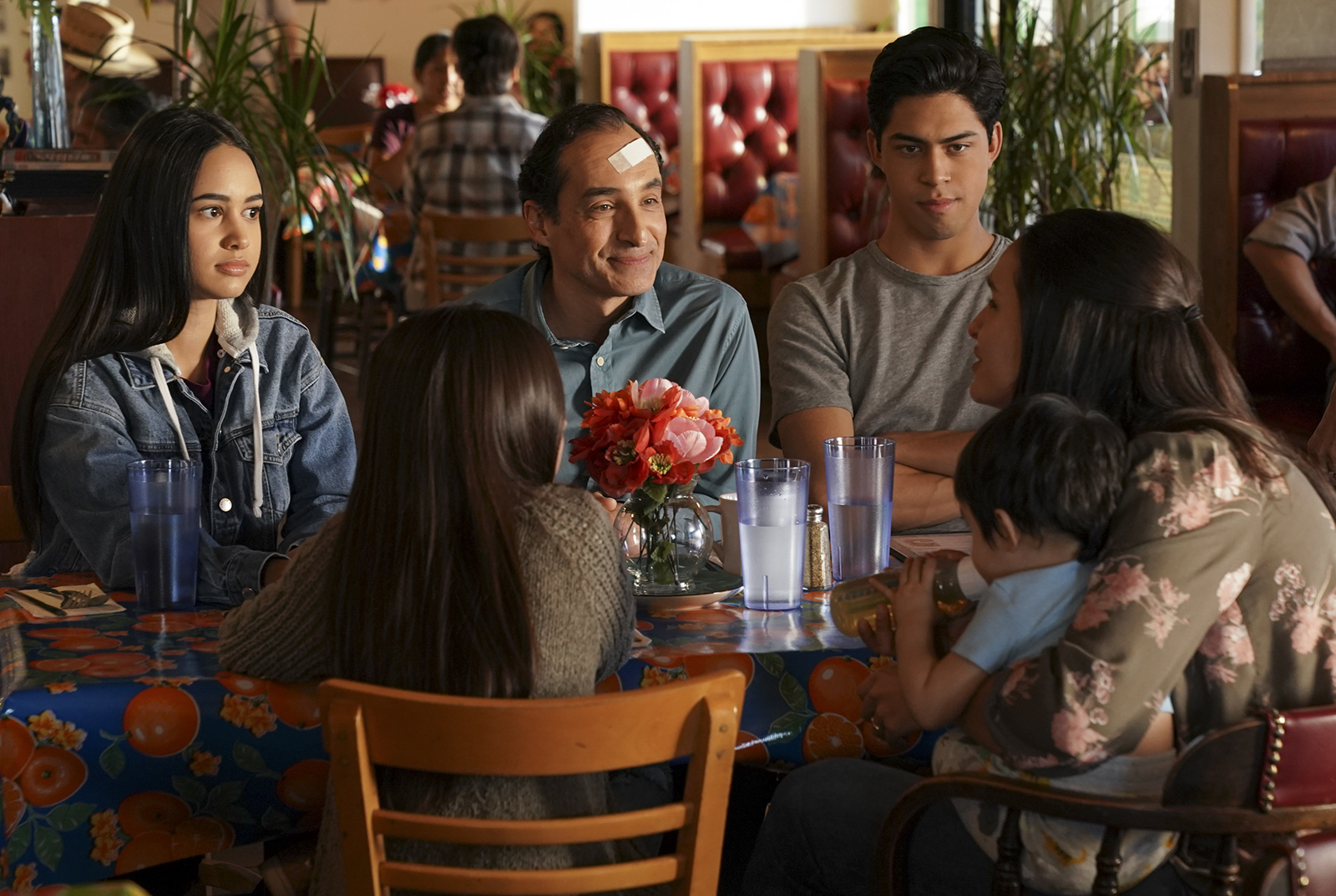 “Party of Five” is hinting toward an explosive season finale with the return of the Acosta parents.

“Mexico,” the ninth episode of the Freeform series, kicks off with Beto (Niko Guardado), Lucia (Emily Tosta), Valentina (Elle Paris Legaspi) and Rafa reuniting with their parents after four months of separation. But despite their joy of finally being together again, tensions run high throughout the visit, and the schism that the deportation has created in their family is as apparent as ever. It seems like the Freeform series is finally learning from its mistakes, as “Mexico” presents new, exciting storylines through the parents Gloria (Fernanda Urrejola) and Javier (Bruno Bichir), providing viewers with a fresh perspective on the Acostas’ ongoing problems.

For most of the season so far, the parents have only had snippets of airtime. They are usually seen through phone screens as they video chat their kids, presenting viewers with little information about their lives – until now. The episode intercuts flashbacks of when the couple first got deported to Mexico and slowly reveals their crumbling marriage.

But even more concerning than Gloria and Javier falling out of love is their disconnect with their children. During the trip, the parents are shocked to learn that Beto has a girlfriend and that Lucia no longer loves school – changes they would’ve caught onto if they were still living together.

Throughout the visit, there are even times when the roles are reversed and the children must do the parenting, an unfortunate consequence of the Acostas’ situation. At one point, Beto lets Javier beat him in a soccer game, telling his father that he just wanted to remind him what it feels like to be a dad. Valentina also instructs Gloria on how to put Rafa to sleep, a stinging reminder that Gloria wasn’t around for her youngest and now needs her 12-year-old’s help in raising her own child. These smaller moments in the script uncover real emotional depth, making it easy to empathize with the Acostas’ struggles.

A particularly devastating moment occurs when Valentina finds Gloria secretly on the phone with Amanda during the middle of what was supposed to be a family dinner, building on the preteen’s fixation on her mother’s new job as a nanny. Though Val’s obsession with the girl feels a bit much at times, her jealousy is comprehensible.

Of course, what Val doesn’t understand is that her mother is only taking care of Amanda to provide for her and her siblings. Nonetheless, the pain the preteen feels is tangible. Even when she’s finally reunited with her mother, Val’s needs are still pushed to the side, causing her to act coldly toward Gloria for the rest of the episode.

Legaspi’s acting range, specifically her ability to go from happy to envious, is solid, as she brings in the true essence of a scared, conflicted child. But it’s Bichir’s and Urrejola’s depictions of the struggling parents that elevate the episode as their internal turmoil authentically reveals the consequences of deportation.

Regardless of her kids’ distance and the tension in the air, Gloria keeps trying to connect with them. Lucia opens up about her heartbreak, only to pretend that it was a boy who broke her heart, clearly not ready to reveal her sexuality to her mother.

She does accidentally let it slip that Sully (Elizabeth Grullon) was a girl in the middle of their conversation, and the awkward tension between mother and daughter is palpable. These emotional moments reveal storylines that would cause problems in any family but are especially devastating for the Acostas, who have already lost so much.

While the heart of the episode takes place in Mexico, back in Los Angeles, Emilio (Brandon Larracuente) and Natalia (Sol Rodriguez) ruminate on their past relationships while Ella (Audrey Gerthoffer) frets over whether her and Beto are still together. However, these storylines take a backseat, giving way for more important matters like the sanctity of the Acostas’ marriage. By the end of the episode, it’s revealed Gloria no longer wants to be with Javier. The moment is emotional, as Javier begs his wife to reconsider.

Yet, from Gloria’s perspective, the decision is warranted, as she admits she can’t be a wife without being a mother – another reminder of all the tolls the deportation has taken on the family.

“Mexico” is clearly one of the series’ best episodes yet, which is a bit concerning considering the fact that it’s detached from most of the pre-established storylines. The writers would be smart to reconsider giving Gloria and Javier more airtime should there be a season two, as their presence adds depth and emotion to the show.

With the season finale occurring next week, it’s not only the relationships between the siblings at stake, but marriage vows, too.