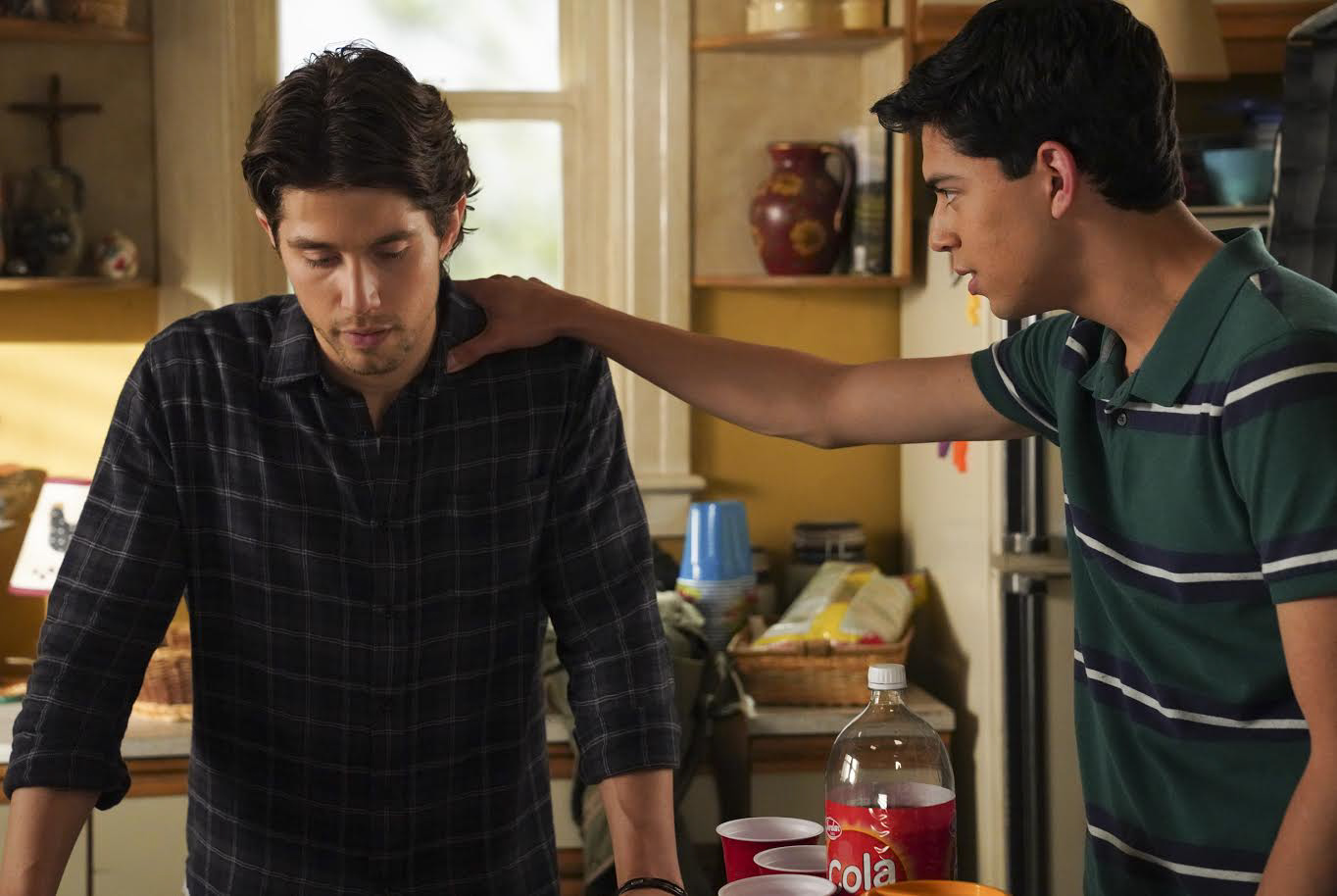 In “Dos y Dos,” the Acosta siblings are one step closer to finally reuniting with their parents.

Revolving mostly around blatant political issues and soft storylines, the Freeform series has felt tepid and even insincere at times. But Wednesday’s episode brought in some much-needed poignancy. The main storyline in “Dos y Dos” focuses on Valentina (Elle Paris Legaspi), who attempts to run away to the border to be closer to her parents. However, other relationships are tested in this episode, providing necessary growth and obstacles for the characters.

After finding out Valentina has been identifying herself as “Amanda Diaz” to her mainly white dance troupe, Natalia (Sol Rodriguez) finally tells Emilio (Brandon Larracuente) about his sister’s lie. This leads Emilio to involve their local priest, who tells Valentina she should come clean and apologize. But once she does, Valentina is shunned, with one girl threatening to call the cops on her. While all of this may be just preteen drama, it understandably takes a big toll on Valentina.

Valentina’s struggles with her parents’ absence felt redundant for the first half of the season, but by joining the dance troupe and now running to the border, she’s stopped internalizing her emotions and started acting on them. This is a much-needed change in the drama’s pacing, as the show has relied too heavily on characters waxing poetics rather than acting on their emotions – which doesn’t make for enticing television.

So, when Emilio goes to check in on his little sister and she’s vanished from her room, the plot finally feels active rather than inert. Once Valentina is caught and eventually reunited with her siblings at the immigration center, Emilio decides to send the family – baby Rafa included – to Mexico to see their parents. But because of his Deferred Action for Childhood Arrivals status, he remains in the U.S. Through this one plotline, the show reveals how the siblings have internalized the trauma of their parents’ deportation while increasing the tension and stakes twofold.

Not only that, but Emilio’s fear of calling the police because of the child services case open on their family prevents them from seeking help from authorities. Moving away from the more mundane and obvious storylines usually employed in the series, Valentina’s actions don’t feel concocted for didactic purposes but authentic.

The plotline also provides Emilio with an epiphany. After being in denial about needing to move on from his band, he realizes he needs to create music about his experience as an immigrant and DACA recipient torn between two worlds. The eldest Acosta’s character development has been strongest throughout the season, and this decision allows Emilio to leave his rock ‘n’ roll days behind while also confronting his trauma in a productive manner.

Other characters are less sure of themselves, however. After receiving support and encouragement from Sully (Elizabeth Grullon), Lucia (Emily Tosta) develops romantic feelings for her much-older mentor. Despite teasing Lucia’s relationship with Matthew (Garcia), which quickly becomes platonic, Sully is the first person who has caught the 16-year-old’s eyes. After Lucia learns Sully and Allison (Paulina Alvarez) are in an open relationship, she begs Sully to end her relationship with Allison in a drunken haze.

This subplot gives viewers new information about Lucia’s sexuality, but it also brings some excitement to the forefront. Teenagers having relationships with older love interests may not be ethical, but Lucia’s feelings for Sully are understandable, given the fact that she is likely searching for a way to deal with the absence of a mother figure in her life. After losing her parents, Sully is the first adult to really take an interest in her, but, unfortunately, the writers once again cut the tension short.

By the end of the episode, Sully calls Lucia and tells her they can never be in a romantic relationship. The phone call may have been a good move on Sully’s part, but the writers could have teased the storyline a bit more, rather than wrapping things up within 45 minutes. But that’s not to say the relationship is over yet – with two episodes left in the season, it wouldn’t be surprising if something else ignites between Lucia, Sully and Allison.

Another relationship is also tested, as Ella (Audrey Gerthoffer) and Beto (Niko Guardado) endure a rough patch. However, their arguments have finally moved beyond income disparity and cultural differences. After meeting Ella’s mother, Beto learns that his girlfriend was admitted to a psychiatric hospital two years ago.

Though the revelation makes the future unclear for the couple, one bond that has remained intact despite several hardships is that of the five siblings. The final scene depicts the Acostas, sans Emilio, making their way to meet their parents in Mexico. Reuniting with their parents is sure to be heartwarming, but there’s also a chance that emotions will run high and relationships may get messy – a reminder that there’s no happy ending in sight for the Acostas.

For once, “Party of Five” leaves viewers on a cliffhanger that’ll make them eager for next week’s episode.