‘Party of Five’ season 1 review – episode 7: ‘Speak for Yourself’ 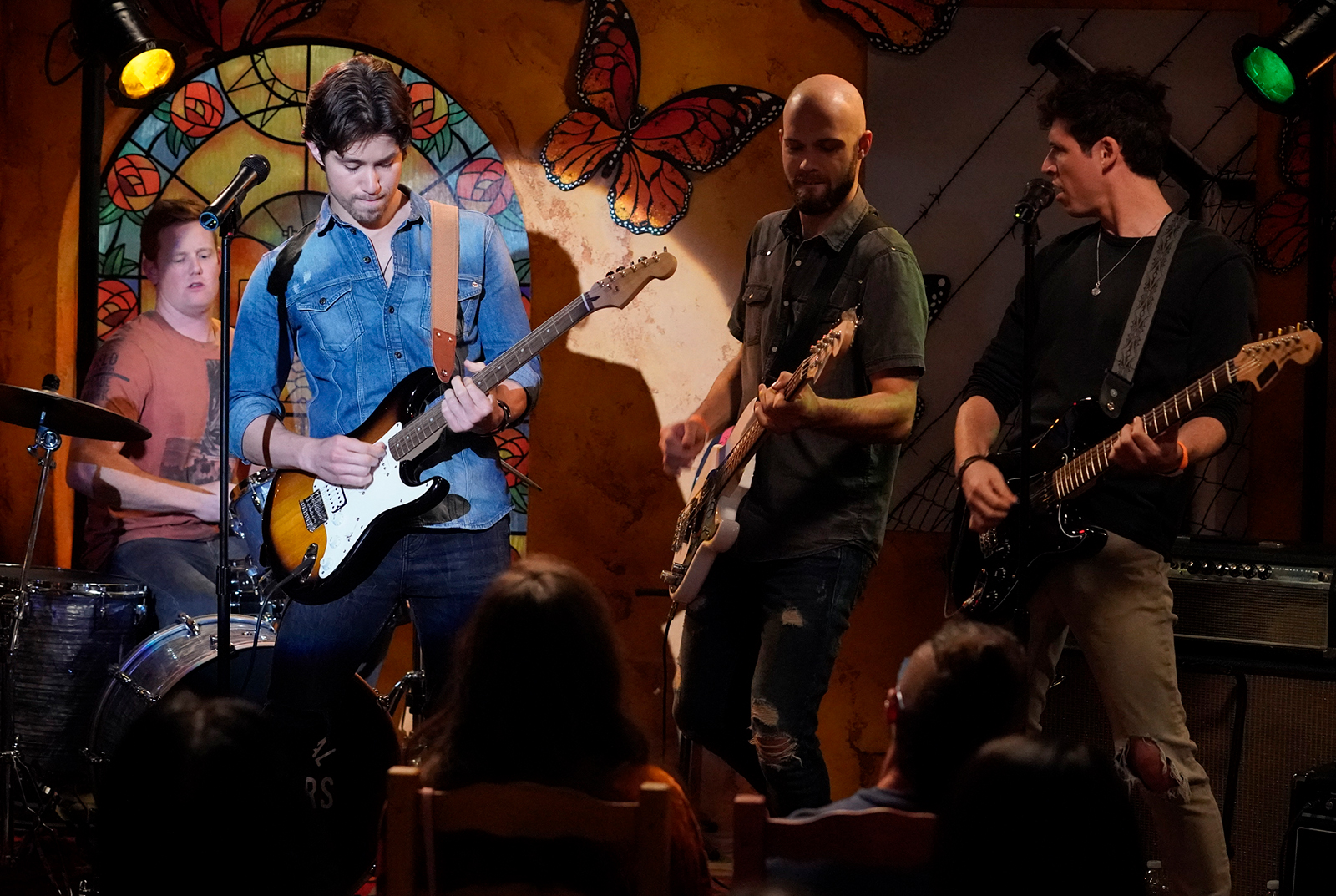 Two saccharine monologues are the most exciting moments in the seventh episode of “Party of Five.”

“Speak for Yourself,” which premiered Wednesday night, revolves around a fundraiser Lucia (Emily Tosta) organizes with the help of her fellow activist and mentor, Sully (Elizabeth Grullon). After phone calls fail to raise enough money for immigrants in detention centers, Lucia hosts a music and spoken word event at the family restaurant with others affected by the matter, including Emilio (Brandon Larracuente) and his band. Once again, “Party of Five” seems to be recycling the same storylines from earlier in the season – Lucia’s passion for activism and Beto’s (Niko Guardado) relationship troubles are all too familiar – proving the Freeform show to be too didactic for television.

Though Lucia gains confidence as an activist and event organizer in the episode, Allison (Paulina Alvarez), who happens to be another one of Sully’s (Elizabeth Grullon) mentees, taunts and challenges Lucia. In a moment of subtle rebellion on Lucia’s end when faced with Allison’s disapproval, she manages to give a stirring speech about the reality immigrants face in detention centers. It was a moving moment as Lucia touched upon how immigrants are denied even the most basic of supplies, revealing the inhumane conditions they are subjected to. Unfortunately, in context of the show, the speech felt too on the nose.

Although Lucia’s fiery personality is definitely both an asset and something she’s developed out of necessity – as being a brown daughter of undocumented immigrants comes with its fair share of hardships – oftentimes, her character comes off as too sanctimonious. Tosta does manage to embody Lucia’s outgoing personality, but she fails to ground the character, making her feel like more of a caricature than a real person. Tosta isn’t the sole problem, however, as the writers could have better fleshed out her character’s personality on the page as well.

With Lucia’s storyline lacking depth, Emilio’s angst over not being involved with his band anymore felt like a natural consequence of his situation and was probably one of the more relatable moments of this week’s episode. Emilio was living the dream life of a bachelor when the show began – after all, he was 24 years old, staying with his friends and the lead singer of his own band. After giving up everything to raise his siblings and run the restaurant, the eldest sibling reunites with his band to perform at the fundraiser in this week’s episode, but has a panic attack and runs off.

It’s Natalia (Sol Rodriguez) who catches up to Emilio and points out that maybe it’s time for him to admit that his singing days are finally over, but Emilio remains in denial. His identity crisis is valid and relatable, making it easier for viewers to empathize with the oldest Acosta as he has arguably had to give up more than his siblings did because of his parents’ deportation.

Other storylines still feel unnecessary though, especially in the face of the nuance Natalia and Emilio added to the hour-long drama. A random fight erupts halfway through the episode with Ella (Audrey Gerthoffer) finessing her way out of being caught for underage drinking, yet the moment adds little to her character. In fact, the incident is a clear demonstration of white privilege. Ella is afforded this leniency, but if Emilio had been busted for serving a minor alcohol, there’s a chance his Deferred Action for Childhood Arrivals program status could’ve been revoked. Once again, “Party of Five” showed its heavy hand with scenes that are an obvious attempt to make a point.

The true height of the production only occurs when Valentina (Elle Paris Legaspi) almost gets busted as “Amanda Davis” as she runs into one of her new dance teammates at the fundraiser. But what could have been an interesting moment ends up falling flat. There’s no tension as Natalia tells the 12-year-old she understands why adopting a new identity feels safer. Last week, Val rebelling felt fresh and exciting, and so much more could’ve been done with the subplot to increase the show’s stakes. Instead, the writers and showrunners played it safe.

Though it makes sense for “Party of Five” to handle its subject matter with respect and dignity, a little sprinkle of believable melodrama could help the show. The future of “Party of Five” could be on rocky shores as very little seems to keep audiences returning week after week.

Television is supposed to emulate real life while making it more interesting – something the series still hasn’t figured out how to achieve.