Daily Bruin columnists share their predictions for the Academy Awards 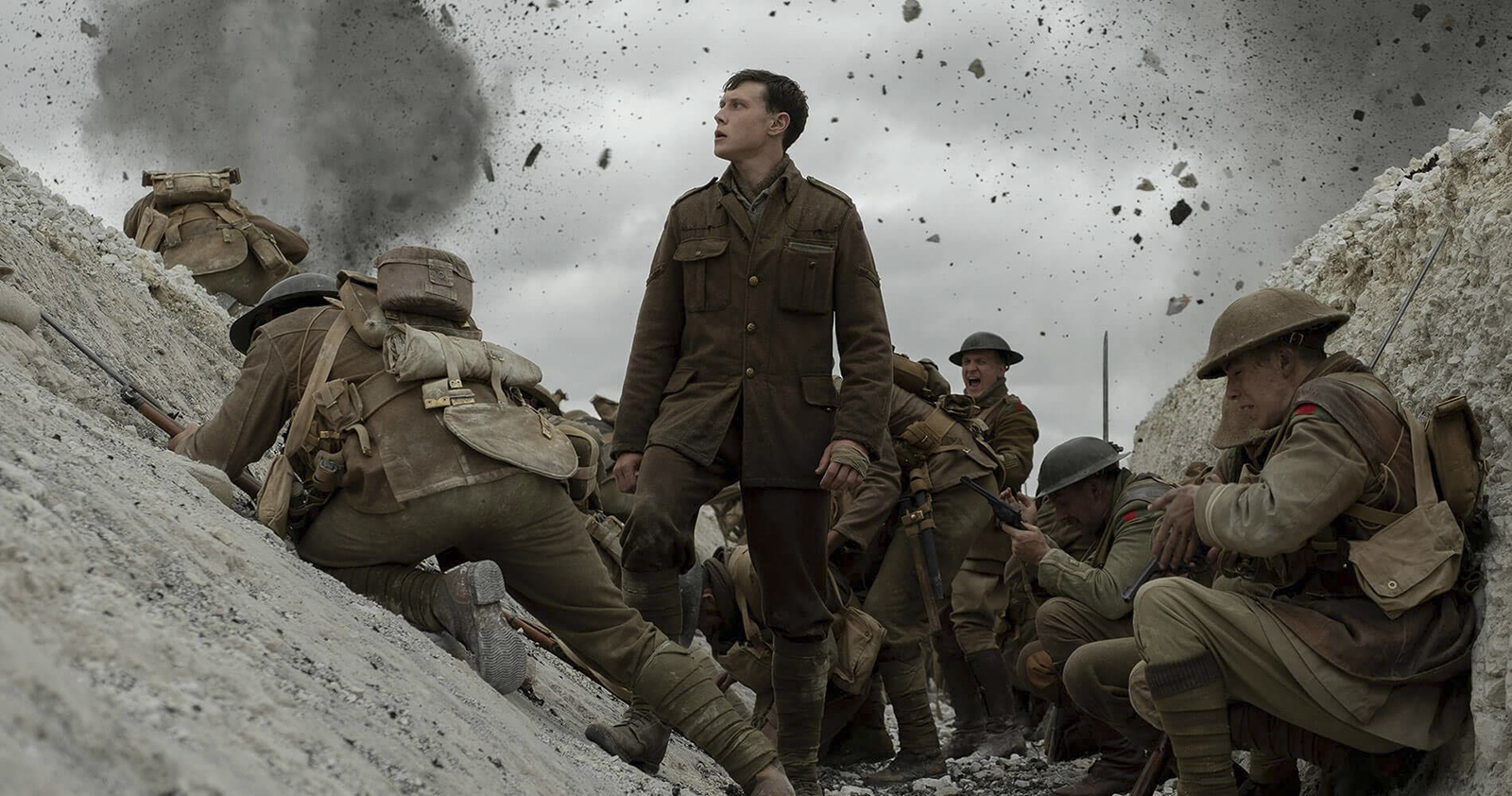 By Sam Connon and Alissa Evans

The Academy of Motion Pictures Arts and Sciences is reverting back to its predictable ways for the 2020 Oscars.

Although diversity took center stage at the 2019 Oscars, this year’s best picture category is once again crowded with white-male-led historical dramas like James Mangold’s “Ford v Ferrari” and Sam Mendes’ World War I epic “1917.” They are joined by films from Oscars darlings – Quentin Tarantino’s retelling of the Charles Manson murders, “Once Upon a Time… in Hollywood,” and Martin Scorsese’s “The Irishman” both scored 10 nominations each. However, Greta Gerwig’s adaptation of “Little Women” and Bong Joon Ho’s class commentary “Parasite” added some much needed diversity to the mix, and the latter could make history as the first foreign-language film to win best picture.

The Daily Bruin’s Alissa Evans and Sam Connon predict the winners in the major categories as the 92nd Academy Awards quickly approach.

The Academy is a sucker for a good war film.

“Dunkirk” (2017), “Hacksaw Ridge” (2016) and “American Sniper” (2014) are a few recent war-centric best picture nominees, and “The Hurt Locker” (2009), “Gladiator” (2000) and “Braveheart” (1995) were all winners in the category. “1917,” like its predecessors, is everything Oscar voters love – a historical drama about an unlikely hero that boasts impressive single-take style cinematography with an Oscar-winning director at its helm.

If Oscars voters are feeling bold, the fan favorite “Parasite” could pull a “Moonlight” and steal the gold. A victory for “Parasite” would be historic for South Korea, but “1917” won best drama at the Golden Globes and beat out “Parasite” at the British Academy Film Awards, with Mendes sweeping the best director category at practically all major award shows.

And since Best Picture and Directing have historically aligned at the Oscars over 70% of the time, “1917” is clearly the safer bet.

History is on Mendes’ side at the Oscars.

Fifteen of the past 16 winners of the Directors Guild of America’s best director of a feature film honor – which Mendes secured Jan. 25 – went on to take home the Academy Award as well. And the last time a one-shot style movie like “1917” made it bigtime – Alejandro G. Iñárritu’s “Birdman or (The Unexpected Virtue of Ignorance)” in 2014 – its director won the Oscar.

But it isn’t just trends that will earn Mendes the Oscar this year – it will be his impeccable ability to frame a shot and the several unbelievable pans he pulled off.

Rather than using one-shot style of filmmaking as a gimmick in “1917,” Mendes utilized it to build tension and place the audience inside the mind of a beaten down, outmatched soldier in World War I. Thematically, the decision paid off in an emotionally exhausting whirlwind of a film.

Quentin Tarentino, Martin Scorcese and Bong Joon Ho each have real shots to pull off the upset come Oscar Sunday, but Mendes is the favorite for a reason.

Joaquin Phoenix carried the critical and commercial success of “Joker” on his bony shoulders.

His unnerving performance as the iconic Batman archvillain garnered critical claim and ultimately led the film to 11 Oscar nominations – the most of any film this year. Phoenix is a well-respected actor in Hollywood, and he’ll likely benefit from the narrative that he is overdue for an Oscar. And it will be his transformation into the comic book clown – complete with 52 pounds of weight loss and his perfection of the bone-chilling cackle – that will likely win him the trophy.

Phoenix’s biggest competition is Adam Driver, whose painfully real performance as a theater director navigating the throes of divorce has been lauded as a career highlight. However, Phoenix’s wins at the Golden Globes, the Screen Actors Guild Awards and the Critics’ Choice Movie Awards likely make him the Oscar favorite.

Renée Zellweger might lose out on an Oscar this year, despite being a near-unanimous pick to win the award for Actress in a Leading Role.

Instead, it could very well be Scarlett Johannson who takes home the hardware Sunday for her performance in Netflix’s “Marriage Story.” And this year might just prove to be Johansson’s best chance at Academy-level recognition, as she double-dipped with nominations for Actress in a Leading Role in “Marriage Story” and Actress in a Supporting Role in “Jojo Rabbit.”

While Johansson’s performance in “Jojo Rabbit” is warm and endearing, she brought far more layers to the table as Nicole in “Marriage Story.” She flipped back and forth between loving mother and spiteful ex-wife whenever the moment demanded it, truly emulating the harrowing and multifaceted nature of a deteriorating relationship in the most down-to-earth performance among this year’s nominees.

Johansson is by no means the favorite for best actress, but the raw and emotional performance she brought to a wholly original character in “Marriage Story” should be enough for her to earn her first golden statue.

Pitt’s 30-plus year career on the silver screen has yet to lead to Oscar gold.

But this year, Pitt enters the Oscars as a heavy favorite for his performance as stuntman Cliff Booth in “Once Upon a Time…in Hollywood” – and for good reason too.

[Related: ‘Once Upon a Time … in Hollywood’ production crew restores 1960s Westwood]

Pitt is almost a co-lead to Leonardo DiCaprio’s Rick Dalton in Quentin Tarentino’s nearly three-hour love letter to the golden age of Hollywood, spending most of the film paving his own storyline. The charm, wit and suave persona Pitt brings to Cliff is something that only he could pull off, and he seemingly does so with ease.

But the deeper, more character-driven moments in which Pitt has to portray a man coping with loss and a broken image are where he really shines. Pitt plays off lonely moments as comedic while still maintaining a certain level of respect for the character’s dark past, and his relationship with DiCaprio’s Rick builds the film’s foundation.

Tom Hanks, Joe Pesci and Al Pacino all put forth great performances of their own, but none of them were able to craft a character as likeable, cool and sympathetic as Pitt’s this time around.

Laura Dern has been turning in Oscar-worthy performances for over 30 years.

And despite two previous nominations, she has yet to claim a statue of her own. This just might be her year, as she’s won all the major precursory awards for her multilayered performance as Nora, a no-nonsense divorce attorney in “Marriage Story.” Dern steals every scene she’s in – a remarkable feat considering the high-caliber performances of leads Adam Driver and Scarlett Johansson. She injects humanity into Nora, making viewers appreciative of her dedication yet simultaneously frustrated by her attempts to disadvantage Driver’s character.

But Dern has formidable competition, and any one of them could pull off an upset. Florence Pugh was a standout in “Little Women,” tapping into the petulant, attention-seeking nature of young Amy March, and Margot Robbie also delivered a powerful performance in “Bombshell.”

However, Dern’s dominance this award’s season makes another Olivia Colman-Glenn Close moment unlikely to occur, and the Oscar will likely go to the well-deserving industry veteran.