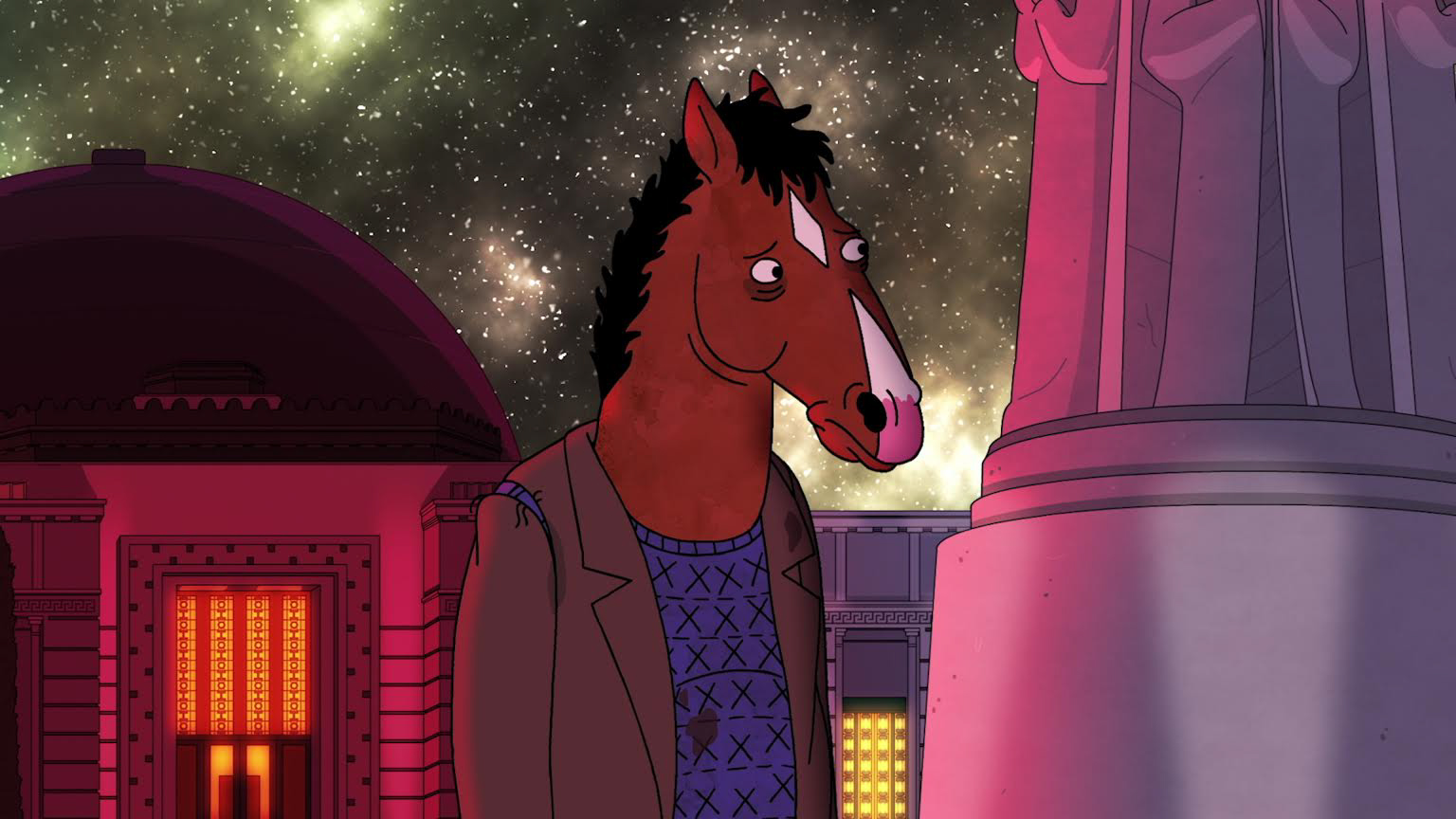 Seventeen minutes can be an eternity.

In the final season of “Bojack Horseman,” the second half of which premiered Jan. 31, the titular character is continually haunted by this reminder. The 17 minutes represents the amount of time he waits to call the paramedics after his former co-star Sarah Lynn overdoses on heroin. After her death, the washed-up ’90s sitcom star must finally come clean of his insistence that change equals redemption.

Unlike other shows on air like “You” or “Rick and Morty,” which embraces its protagonist’s ugly faults, “Bojack Horseman” fully recognizes them. The show doesn’t allow sympathy to overshadow the harm his behavior has inflicted. In this way, Bojack is able to have a clearly defined growth arc spurred on by the consequences of his actions, rather than essentially being the same character thrust into different situations.

Season six is not the first time Bojack has flirted with sobriety, but unlike other seasons, it continually questions whether Sarah Lynn’s death, among other things, is enough to keep him from the edge permanently. In contrast to the glorified alcoholism often seen in shows like “Rick and Morty,” this show does not depict Bojack’s attempts at sobriety as a linear path, but a collection of fresh, hopeful starts that go awry.

His identity in some part is tied to his oscillation between success and failure – each new relapse from sobriety seems to leave him with less of himself, contributing to his feeling of being little more than a “Xerox of a Xerox of a person.” In contrast, Rick Sanchez’s alcoholism is cast as a quirky character trait and cheap ploy for one-liners, despite occasionally endangering Morty and his sister Summer. While Bojack’s habit leaves room for character growth, Rick’s dependence is simply an implacable constant.

The core strength of “Bojack Horseman” is its refusal to justify the actions of a protagonist who, ultimately, just isn’t a stellar guy. Similarly, Joe Goldberg from “You,” a serial killer and stalker, would also fall into this category of questionable protagonists. In “You,” Joe’s actions are duly accepted rather than scrutinized. But “Bojack Horseman” contextualizes its protagonist’s motivations without dampening the harmful impact of his actions.

In addition to Joe’s shortcomings, the side characters of “You” are also little more than collateral damage for a larger, more grandiose storyline. Paco, a boy who resides in Joe’s apartment building, witnesses the murder of his mother’s abusive boyfriend. Despite this, Joe is framed as a misunderstood hero doling out vigilante justice because he once gave Paco a meatball sandwich. In season two, he is immediately replaced by Ellie, Joe’s latest charity case, perpetuating the narrative of a murderer with a heart of gold.

In comparison, “Bojack Horseman” is able to avoid this trope by framing the consequences of Bojack’s actions as responses to his delusions. A self-professed, changed (horse)man after rehab, the new Bojack uses a metric of goodness based on absolutes of right and wrong that fall apart when subjected to any real scrutiny. The show’s other characters keep him in check – Diane points out that his actions “not being illegal” does not indicate they’re moral, just as his newfound probity does not equal automatic redemption.

Similarly, the show uses Bojack’s existentialism to first Band-Aid his faults, then expose them. Over the course of six seasons, Bojack evades responsibility with an epithet that belongs in a smug “Rick and Morty” fan forum: If nothing matters, there’s no point in being better. Rick’s evolution ends at this statement – the series frames Rick’s massive intellect as working in tandem with his existentialism, alienating him from the rest of the more average-minded universe. Rick’s hollow loneliness, though sympathetic, is used as a scapegoat for his less than savory behavior.

Meanwhile, when Bojack collapses drunk in executive Angela Diaz’s manor amid of pile of “Horsin’ Around” DVDs, she philosophizes that the truth is nothing matters, except everything matters tremendously. And paradoxically, she’s right. Hollywoo, with its wonderfully colorful, complex inhabitants, isn’t a cosmic chess match of nameless pawns. Mr. Peanutbutter, Pickles, Diane and Todd all grapple with life’s intrinsic cruelty in their own ways – they deserve to be more than footnotes from a freshman philosophy course, as the side characters in “You” and “Rick and Morty” end up being.

The last season of “Bojack Horseman,” particularly in regards to its bittersweet ending, leaves him on a solitary roof above Princess Carolyn’s wedding. It does not celebrate his fall toward rockier bottoms, but examines the path that led him there – unlike shows that choose rather to embrace the bottom of the pit.

In the end, Bojack is still alone. But this time, it may be for the better.