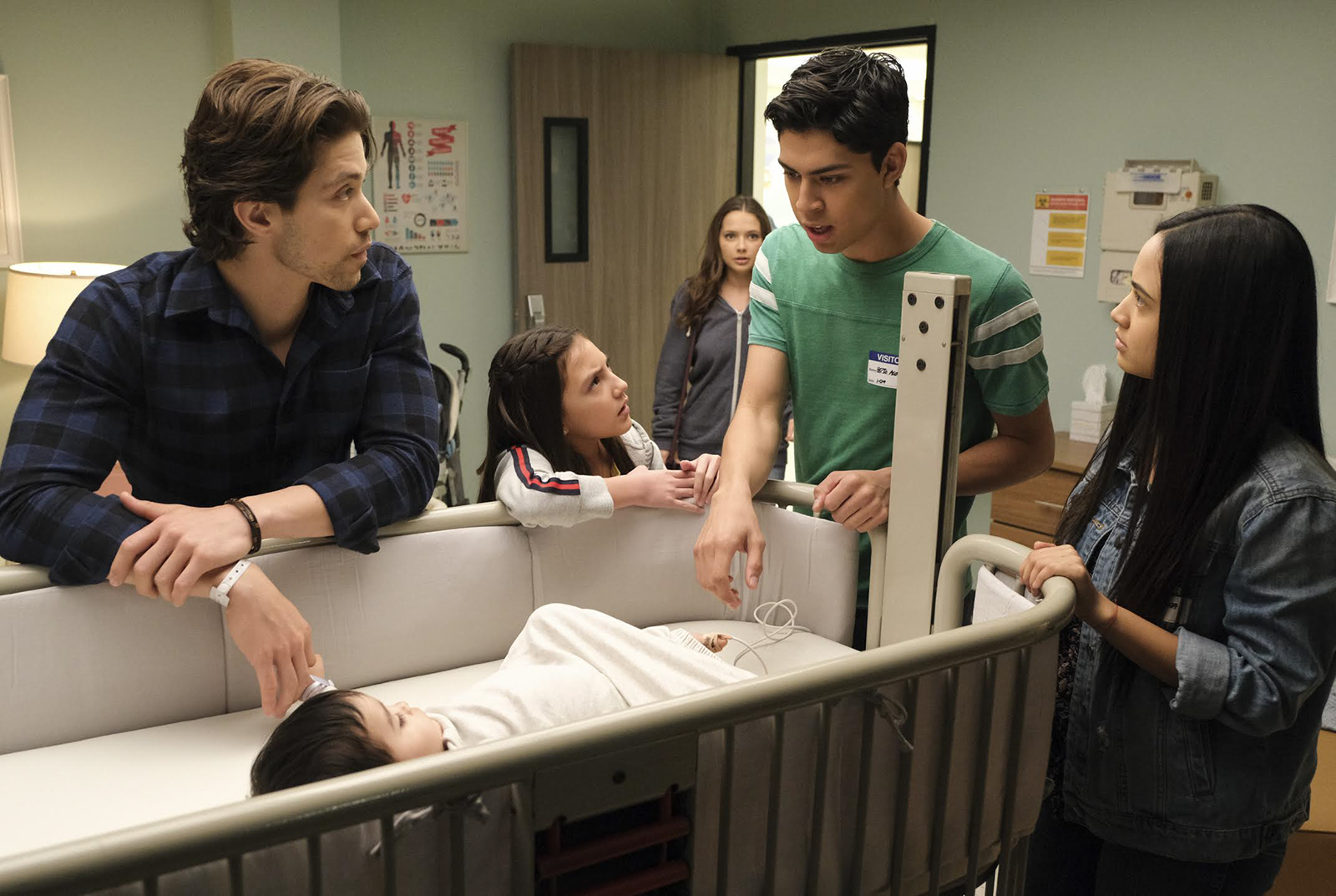 Inheriting parenthood overnight finally gets the best of Emilio this week.

The fifth episode of “Party of Five,” titled “Rafa,” revolves around the youngest Acosta, who suffers from lead poisoning in the wake of chewing the paint off an old crib, honing in on the resulting toil the family is burdened with. It especially emphasizes the pressure on Emilio’s (Brandon Larracuente) shoulders. As much as he attempts to keep up with his siblings, restaurant responsibilities and home life, things still fall apart. This week’s episode finally manages to drive the tension forward as it introduces a daunting new challenge for the kids.

Valentina (Elle Paris Legaspi), being her usual detail-oriented and precocious self, is the first to recognize Rafael’s illness, while the rest of the family was too caught up in their busy lives to notice the issue at hand. When the Acostas finally take Rafa to the emergency room, he suffers a seizure as the poison works its way through his system. He’s thankfully cured, but the entire ordeal leads child protective services to open a case on the Acosta family – their first real crisis since their parents’ deportation.

Emilio, being the older brother, takes the majority of the emotional impact, blaming himself for the incident. Of course, it’s Val who manages to relieve him of his own guilt, reminding Emilio that their parents had children gradually while he gained them overnight. It’s a sweet moment between brother and sister, drawing attention to the shifting dynamics between the siblings as they adjust to their new roles in the absence of their parents.

Yet despite Val’s support for her older brother, she also continues to struggle with life without her mother. At Emilio’s request, she enrolls in dance classes, which will provide the character with a much needed storyline, as her character arc has been a bit stagnant. She’s still obsessively missing her mother. Legaspi successfully embodies the heartbreak Val feels. While it’s normal for any 12-year-old girl to take a bit more time to adjust to life without her parents, Val’s storyline has remained inactive since the show began. Hopefully, her introduction to a fresh environment will provide some much needed excitement.

The scene also makes it clear that Larracuente, as Emilio, and Legaspi, as Val, stand out as the series’ strongest actors. Where other characters can oversell their lines or struggle to land the delivery, these two performers carry the show, adding emotional depth and demanding sympathy.

Emilio’s love life ends up taking a back seat this week as he’s focused on the family. In fact, Vanessa – Emilio’s ex – is only mentioned briefly in the episode, and given everything the eldest has on his plate, the breakup seems to be the right call. Instead, it was a nice change of pace to see Beto (Niko Guardado) as the one getting serious with a girl this week. His and Ella’s (Audrey Gerthoffer) relationship seems to move remarkably fast as Ella opens up to Beto about her neglectful parents.

But not everyone is happy about Beto and Ella’s newfound connection. Emilio, Lucia (Emily Tosta) and Val are all at the hospital consumed with worry over Rafa, and they certainly don’t need the extra stress when they are unable to reach Beto because he’s too busy with his new love interest. Once he finally does make it to the hospital, Ella is found accompanying him, trying and failing to make herself useful. Although, her introduction does manage to increase the drama with her father forbidding her involvement with Beto, and this tension is sure to only intensify as Ella continues to drive a wedge between Beto and his family.

Yet Ella isn’t the only one causing a scene within the hospital walls. Lucia eventually runs into the woman who sold Matthew (Garcia) her baby’s social security number, leading her to realize the woman was running a scam. Matthew is now at an even greater risk of getting caught, meaning Emilio and the family could also be in hot water for employing him.

This discovery – combined with the show building upon previous storylines – transforms this week’s episode into the strongest yet for “Party of Five.” Finally, it seems that the Freeform production has found its hook in escalating the tension as the Acosta family comes face to face with heavy stakes. With CPS involved and a family that is coming apart at the seams, “Party of Five” gains a sense of traction that is sure to keep people coming back for more, despite its slow beginnings.