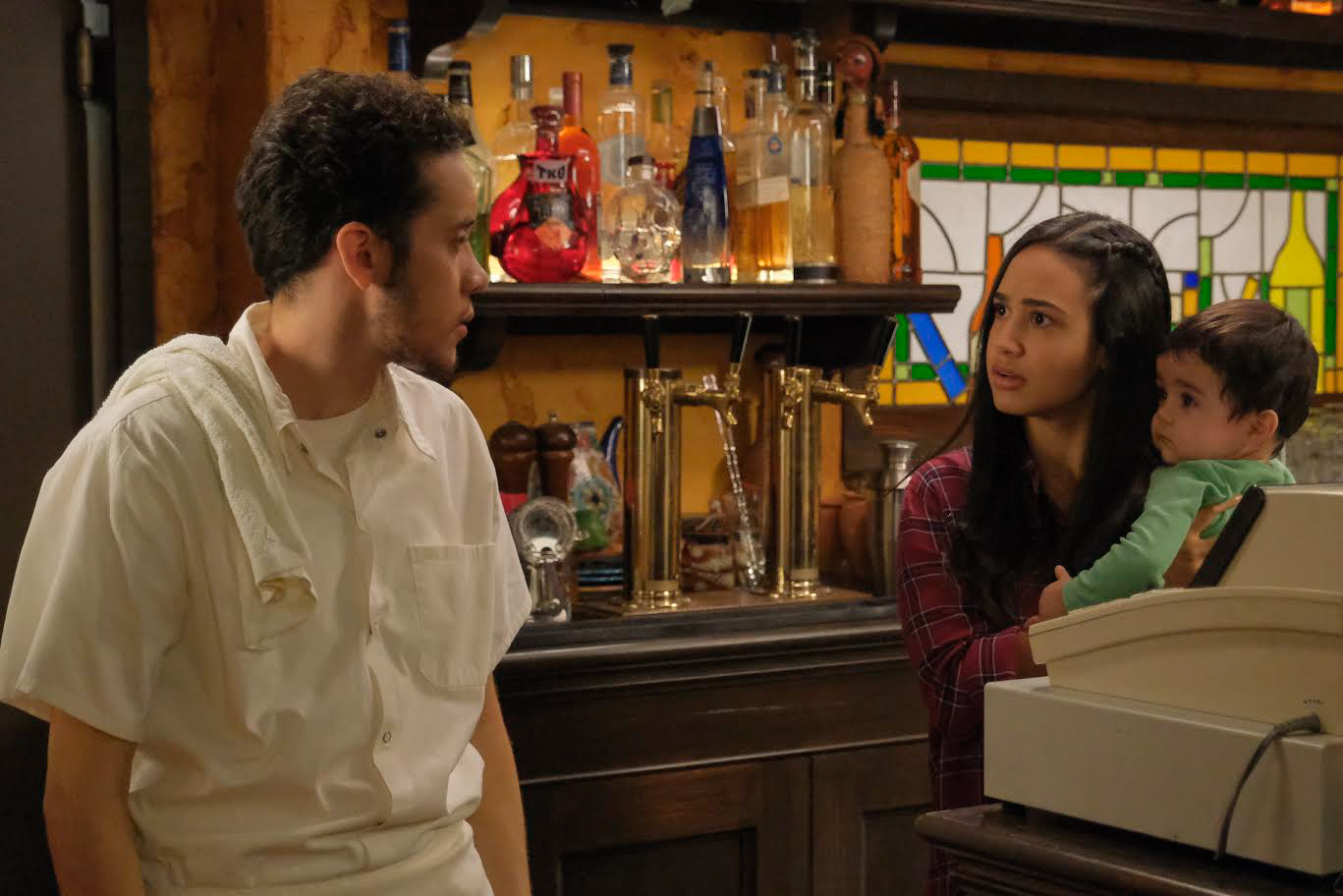 In the fourth episode of “Party of Five,” Emilio (Brandon Larracuente) agrees to host the family’s first catering gig for a wealthy white woman, believing that the exposure will be a surefire way to bring more money into the family business. Desperate for the extra cash, the eldest disregards the woman’s self-absorbed, racist comments, even when his siblings try to talk him out of it. By framing the entire episode within this haughty party, the show was able to weave in necessary dramatic plot points that finally provided much-needed tension.

From the get-go, the white woman’s demands are overtly discriminatory and problematic. She forces Emilio and the rest of the staff to wear “Mexican costumes,” expects them to arrive with a mariachi band and refers to them as the “help,” among other transgressions. Emilio remains calm and collected throughout, a testament to his strength and patience under the circumstances. As he reminds Beto (Niko Guardado), the client’s privilege provides her with a sense of power she can hang over the siblings, reflecting a sad reality for many marginalized communities forced to work under racist managers and bosses.

Though Emilio chooses to be passive, unwilling to risk losing a tip or referral, Lucia (Emily Tosta) fights to be seen as an equal this episode. Since the start of the show, her personality has been fiery, but Wednesday’s episode finally explores her psyche, providing solid character motivations that allow viewers to understand her struggles better.

As she embraces her inner cook – first helping Val (Elle Paris Legaspi) make their mother’s recipe and then filling in for one of the employees at the catering gig – Lucia becomes increasingly upset and scared that she’s becoming just like her mother. Lucia might not be ashamed of her parents, but she also doesn’t want to be boxed into a stereotype. However, throughout the episode, her mindset shifts, as she doesn’t allow her skills as a chef and caretaker to diminish her worth.

In what should be considered one of the best burns of the series so far, Lucia holds her ground against a racist man who tries to swindle her. After failing to set the parking brake for their tortilla van, she accidentally damages one of the party guest’s Range Rover. The man lies, stating that the damage to his car will be at least $5,000.

But Lucia, a car fanatic since childhood, schools him on the facts of his vehicle, convincing him to accept $1,250 instead. The man eventually compliments Lucia for her bartering skills, telling her she should be a lawyer. It’s a proud moment as the show foreshadows how the kids might finally stand up for themselves. As Lucia says to the man, “Don’t underestimate me just because I know how to make tortillas.”

However, while Lucia is able to de-escalate her situation, her twin finds himself in a more intense predicament. Beto is caught kissing the party host’s granddaughter, forcing Emilio into a tough situation when he is asked to fire his brother in front of dozens of guests. Emilio attempts to apologize, but as the man becomes increasingly hostile, he finally puts his foot down and decides to leave the party rather than be disrespected – sticking up for his brother in the process. Amid the plethora of microaggressions and lost profit, the Acosta family is left with a failed party but keeps its dignity intact.

Racial tensions aside, other storylines are also fleshed out in this episode. Valentina’s arc finally progresses, providing needed depth to the character. After discovering that her mother has become a nanny for a white girl in Mexico, her separation anxiety only grows. The love triangle also thankfully takes a back seat this week. Beto loses interest in Vanessa (Amanda Arcuri) as a new girl catches his eye, implying further conflict, as her father clearly doesn’t approve of their relationship.

Despite Emilio and Vanessa’s mutual feelings, the two decide to take a break as a visit from a past love interest convinces Emilio he’s not meant for monogamy. But this blow doesn’t necessitate too much heartbreak, as their love connection has been a bore anyway.

Even with a seemingly well-rounded episode, the Freeform series still feels like it’s missing an overarching season-long hook. Moments of boredom persisted throughout the first half of the episode – surprising, given the show’s high-stakes political context. With the Acosta parents out of the picture and the stress the siblings are constantly under, one would expect problems well above racial slurs and failing love interests.

Only time will tell if the writers decide to take more risks as the season goes on.