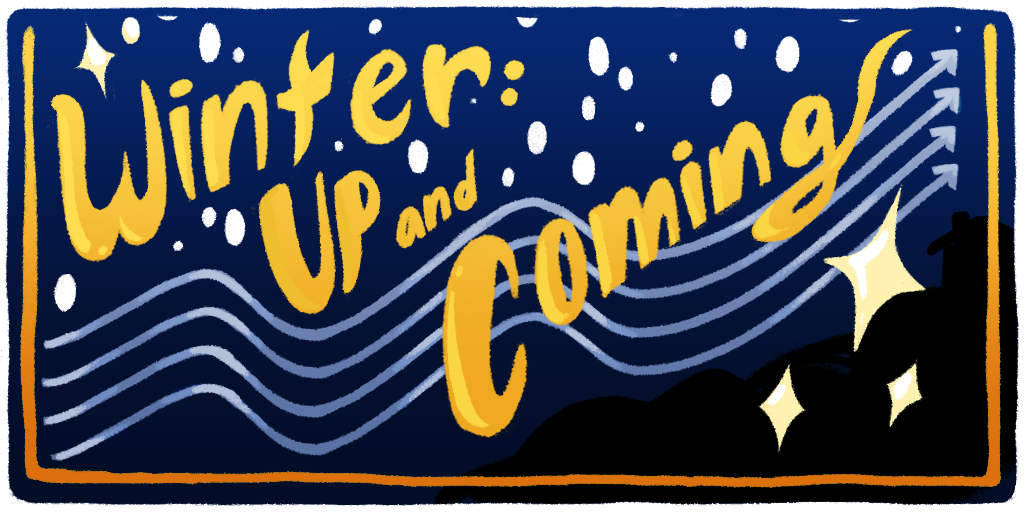 Natalie Mering posed in a quaint, underwater bedroom for her latest album cover.

Mering spent the last decade piecing together natural elements to compose her own dream world, complete with subaquatic bedrooms and major galaxies. The 31-year-old artist, professionally known as Weyes Blood, released her fourth studio album “Titanic Rising” in April and found herself on multiple year-end album lists, notably reaching spot 9 on Pitchfork’s top 50 2019 albums with an 8.5 score out of 10.

Mering’s discography boasts a soft-rock-groove hybrid with instrumentals reminiscent of the early ’70s – light guitar chords are layered over laid-back drum beats which almost recreate slow motion playback. She tops off her work with a soaring voice so delicate that listeners could easily miss her somewhat ominous lyricism, which often yearns for a romanticized dream of alternate realities. In the “Titanic Rising” track “Movies,” she croons, “The meaning of life doesn’t seem to shine like that screen,” imagining her life as the star of a film. The desire for a different time in “Movies” matches the rest of her discography, which also alludes to childhood nostalgia and pondering the loneliness of modern life.

Following her most critically acclaimed record since 2011, she will be performing at Coachella in the spring and has established herself as an emerging favorite of the indie pop scene. Mering’s somber undertones and dreamy folk rock aesthetics meld together to give her audience a distant fantasy that that they can’t help but want to explore.

Palaye Royale is blasting onto the scene in a flurry of gothic art, stinging guitars and smeared eye makeup.

The trio of brothers have worked to revive grunge rock music with each purposeful and conceptual release. Since the debut of its album pair “Boom Boom Room (Side A)” and “Boom Boom Room (Side B)” in 2016 and 2018 respectively, the band has risen to stardom within the pop punk scene, performing on the Vans Warped tour and plastering the covers of Alternative Press and Rock Sound.

Since then, the band has slowly uncovered a narrative hidden in lyrics and music videos since 2012. The makings of its world follows “The Bastards” and is driven by lead singer Remington Leith’s gritty vocals laid over unapologetically thrashing drums and guitar by Emerson Barrett and Sebastian Danzig. Combining Barrett’s comic-book-style art with the band’s dark new music videos, Palaye Royale’s new project revolves around the three members being captured in a fictional universe and stripped of their creativity.

Fresh off a tour supporting Rob Zombie and Marilyn Manson in promoting its high-intensity singles, “Hang on to Yourself” and “Nervous Breakdown,” Palaye Royale has begun veering toward more intense semiscream-driven vocals. The band’s latest single “Massacre, The New American Dream” takes fire at the United States’ lack of gun control to the tune of chaotically grunge instrumentals and lyrics, dripping with realism. And with a highly anticipated upcoming European tour, it’s clear someone is listening, and the numbers will only grow with the inevitable release of the band’s greatly teased new album.

German artist NoMBe once went on a class trip to Las Vegas from Germany – and he never returned home.

Taking the leap to pursue his musical aspirations, the alternative rock and soul musician moved to Los Angeles and released his debut album “They Might’ve Even Loved Me” in 2017. The genre-blending album serves as a tribute to the women in his life and provides a wrenchingly blunt account of themes as disparate as family, sex and heartbreak. His godmother, famed R&B and soul vocalist Chaka Khan, serves as just one of the lyrical inspirations on the album.

The sultry “Summer’s Gone” juxtaposes romantic heat with the metaphorical eclipse of an oncoming winter. The poetic lyrics revive a tired theme, leaving the listener entirely satisfied as Thutmose offers to walk his lover through “the golden age, diamond days, and purple haze.” Meanwhile, songs like “Freak Like Me” act as a lyrical and stylistic contrast. Boldly beginning with a lion’s roar, the song revels proudly in the sexual prowess of his lover, with the softly crooned verses creating a dynamic, electric tension.

Gaining more traction, NoMBe’s music has already featured in ad campaigns for celebrities like Kylie Jenner, Heidi Klum and Pharrell. With so many genres and themes deftly executed on his debut album, he is poised to become a household name in the music industry. The summer may be gone, but NoMBe is on the rise.

Rapper iann dior is rapidly growing in popularity in the rap scene this year with roughly 4.5 million monthly listeners on Spotify.

Born Michael Ian Olmo, dior moved from his home of Corpus Christi, Texas, to Los Angeles following his high school graduation and joined the “Internet Money” team, which is a collaborative group of both individual artists and producers. As a part of the group, he created his breakout single “Emotions” and developed his own sound, which combines pop, emo, disco and rap elements.

In his music, dior discusses his personal trials and tribulations of relationships and falling in love, thus making him fall into the “sad rap” genre that encompasses artists such as Lil Peep and Lil Uzi Vert. The balance between rapping and singing also makes his style reminiscent of both XXXTentacion and Lil Skies, however, his smooth vocal tone and relaxed delivery set him apart. Carried by catchy, uplifting melodies that contrast the subject matter of his somber lyrics, Dior’s tracks emulate Juice WRLD’s ethereal style as well.

2019 proved to be a year of growth for dior, with the release of his most popular single to date, his debut album “Industry Plant” and performing at his first Rolling Loud music festival. Dior is now set to embark on his cross-country Industry Plant Tour starting January which will allow him to strengthen and broaden his fan base.