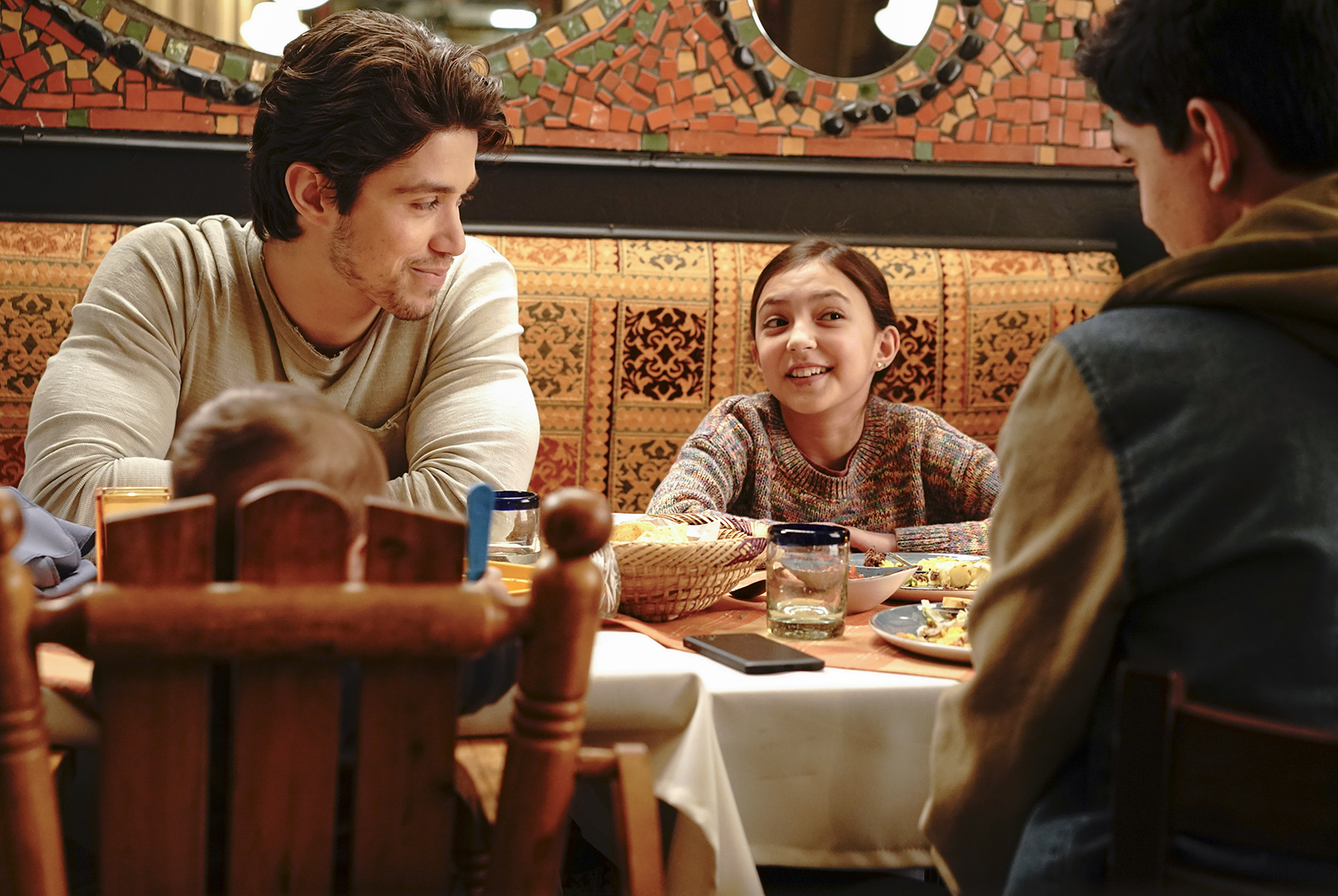 "Pilot” and “Margin of Error”

Acing exams and earning money is a necessity for the Acostas if they want to stay together.

Five siblings must deal with the tragic aftermath of their parents’ deportations in Freeform’s new series “Party of Five.” A reboot of the 1994 Fox series, which revolved around the Salingers, a white family who lost their parents in a tragic car crash, the obvious difference now is the political bent. Helmed by Amy Lippman and Christopher Keyser, the reboot is timely and provides the network with a diverse cast and perspective on an urgent topic.

The show is as relevant as ever now that thousands of children have been separated from their families at the border since Donald Trump became president of the United States in 2017. “Party of Five” attempts to highlight the struggles these families encounter as they face an unjust legal system.

As the show opens, viewers are introduced to the varying personalities within the family, who are purposely depicted as more than just victims. First is Emilio (Brandon Larracuente), who, at 24, is busy pursuing his music career and chasing girls. Then there are 16-year-old twins Lucia (Emily Tosta) and Beto (Niko Guardado), who are polar opposites. Next in line is precocious Valentina (Elle Paris Legaspi). She can do math at a ninth-grade level despite being only 12. And finally, there’s 1-year-old Rafael, the baby of the family.

Within five minutes of the pilot, the siblings’ parents are arrested by Immigration and Customs Enforcement inside of their Los Angeles restaurant. Yet, despite the poignant start, the rest of the episode tends to drag on. After the parents are detained, the narrative flashes forward to six weeks later. Emilio is rarely home, only checking in on his siblings between music gigs. The house is a mess. There are barely any groceries, and no one can agree on the right course of action.

Only when he notices his siblings crumbling underneath the pressure does the eldest move back home and get more involved, sacrificing his music. In a saccharine moment, Emilio sits outside of an established attorney’s office and comes prepared with a cheesy speech, persuading the lawyer to take on his parents’ case.

What makes the pilot inert is the events at court, during which the family hopes to reverse their parents’ statuses, already a foregone conclusion. Still, the scene manages to power forward if only because of Legaspi’s performance. When Valentina speaks to the judge as a character witness for her parents, the camera follows her small frame. She needs a step stool to be seen by the court – a reminder of just how young and helpless she really is – making the situation feel all the more dire when her parents are nonetheless taken away from her. Even more affecting is that viewers know hundreds of kids have gone through this very same situation recently in the U.S.

Another emotionally packed scene comes toward the end when the Acosta parents make a difficult decision. After the parents agree it would be better for their youngest son Rafael to stay with his siblings in America, the show uncovers the impossible situations undocumented immigrants find themselves in. Though it’s one of the hardest things for a mother to choose to be away from her young child, the production captured the ironic reality that America is the safest option for Rafael.

[Related: Second Take: Lack of diversity reveals how out of touch the Golden Globes is]

Once the parents are sent back to Mexico, however, the real challenges begin. Stuck with caring for their youngest sibling, keeping the family restaurant afloat and managing their school work, the kids begin to fight. Questions of identity arise as they realize how vastly their lives differ from that of most of their peers.

In the face of the children’s desperation for stability, certain moments come across as cliche. When Lucia rebels and befriends a stereotypical “bad girl” during detention, she decides to throw a house party. The decision is unrealistic given their circumstances; still, other moments feel more authentic. Rather than help, a racist teacher chides Lucia for her parents’ decision to enter the country illegally, alluding to the many Americans who supported Trump’s hard stance on immigration.

While the episode did suffer from slow pacing and occasionally unconvincing dialogue, “Party of Five” provides a platform with an important and relevant show, especially with the 2020 elections around the corner. Still, portraying such a sensitive issue can be tough as creators must walk a fine line between proselytizing and providing an accurate portrayal of the circumstances.

Despite certain setbacks, the two-hour Freeform premiere set up plenty of plotlines to keep viewers hooked. Beto and Emilio seem to be on their way into a murky love triangle, with hinted academic and financial challenges likely to provide roadblocks in the path of the five siblings.

Within the context of the current political stage, it’s safe to say viewers will be rooting for the siblings with each episode.