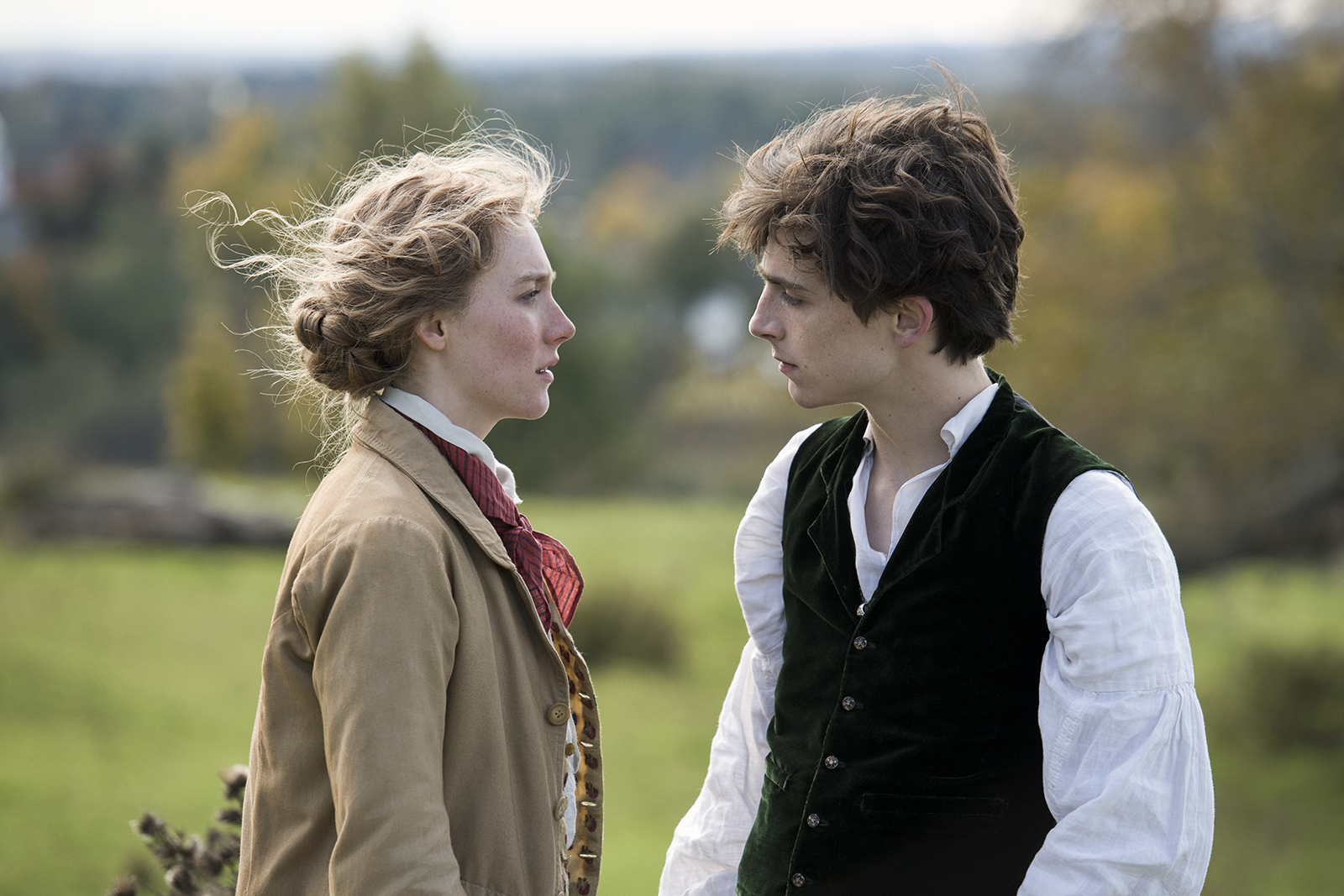 Greta Gerwig makes little stories monumental, and “Little Women” only solidifies her ability to find delight in the mundane.

From a rash haircut to first love to jealous siblings, the writer and director shines a light on the nuances of being a young woman. Released Wednesday, the film primarily follows the March sisters – Meg (Emma Watson), Jo (Saoirse Ronan), Amy (Florence Pugh) and Beth (Eliza Scanlen) – as they come of age during the Civil War. Louisa May Alcott’s 1860s storyline could have easily grown stale over many years and a number of beloved adaptations. But Gerwig’s masterful directing, combined with a stellar cast, breathes life into the iconic characters, weaving stories of love and loss that remain relatable no matter the century.

The film opens with a series of short scenes introducing each sister. A nervous Jo sells her story to a local newspaper, Meg as a young mother worries about splurging on dress fabric, Amy practices her painting in Europe and the perpetually ill Beth stays at home with their mother Marmee March (Laura Dern). But instead of following previous adaptations and creating a chronological storyline, Gerwig’s version jumps back seven years to the four sisters together at home.

A clear visual language focused on hairstyles and outfits allows the structure to settle after some initial confusion between the switching time periods. And once it does, the framework becomes a thing of beauty, full of mirroring events and nuanced relationships. Gerwig focuses primarily on the four sisters’ interactions, managing to make them feel timeless instead of trapped in the 19th century.

Meg and Beth serve as steady voices of reason against Jo and Amy’s larger-than-life personalities. Jo lets her temper run rampant but also does so with her fierce protection of her sisters. Amy is ruled by jealousy, but also a dedication to making something of herself. Though they fall in love, Gerwig centers the relationships so effectively on the family that the romantic plotlines feel like a welcome afterthought

While each sister gets her moment, it’s clear that Jo and Amy are the true stars.

Bringing a raw energy to the spirited Jo, Ronan can shift from pestering her sisters to tenderly stroking their hair. Gerwig grants her the emotional climax of the film as Jo admits, “I’m so lonely,” the camera lingering as she holds back a sob. Jo has spent the film proclaiming her independence, but the heart-wrenching scene allows Gerwig to fully establish the film’s central motif: Everyone, even the fiercest of women, needs someone with whom they can share their burden.

But Ronan is known for her spellbinding performances, so it’s Pugh’s performance as Amy that is truly remarkable. The character very easily could have been nothing more than a snotty teenager, but Pugh adds life to her in small details. From pinching at her nose to wonder what it would look like smaller to staring at Theodore “Laurie” Laurence (Timothée Chalamet) with wide, lovestruck eyes or burning one of Jo’s stories in a fit of rage, Pugh transforms the cheeky teen into a sophisticated woman.

As Amy ages, Pugh adds gravitas to the character and manages to stand toe to toe with Chalamet, lamenting always being “second best” to Jo. But the moment doesn’t come across as whiny. Instead, it perfectly illustrates the delicate balance of love and jealousy that makes up sisterhood.

As for the men, Mr. March (Bob Odenkirk) and Laurie’s tutor John Brooke (James Norton) provide acceptable performances of fairly forgettable characters. But Chalamet brings Laurie to life with a number of quirks – he bounces on his toes and declares love with fervent passion and can lounge across a chair like no other.

For the most part, however, no actor shines on their own as the film instead relies on intricate relationships to drive the emotional core. Jo and Laurie – two characters with enough spunk to vie for unwarranted attention – walk a delicate emotional balance, shifting from dancing across a porch to shouting at each other in a field. In a later scene, Jo fiercely declares that she could stop the tides to make Beth better while the latter calmly holds her hand. Ronan’s fervor is matched by Scanlen’s serenity, perfectly balancing the emotionally devastating scene.

Gerwig lingers over seemingly unimportant moments – exuberant dancing and fingers sifting through sand and books being assembled. Under a lesser director’s hands, the lengthy scenes and lack of a steady plot would have solidified Alcott’s story as a remnant of the past. However, Gerwig favors these small moments to indicate that, though seemingly uneventful, they are notable nonetheless. Toward the end, Amy counters Jo’s belief that writing simply reflects notability with, “Writing things is what makes them important.”

In drawing attention to simple moments in the sisters’ lives, Gerwig foregrounds the importance of telling a woman’s story. Resting the film’s feminism on the script would have made her point trite or preachy. Yet Gerwig backs up her points in the tender gaze she brings to these women’s lives, relishing in both their sorrow and joy without verging on the self-indulgent.

What could be simple becomes reverential in her hands, and Gerwig is able to deftly state that a woman’s story is every bit as important as a man’s – the same struggle Alcott faced all those years ago.