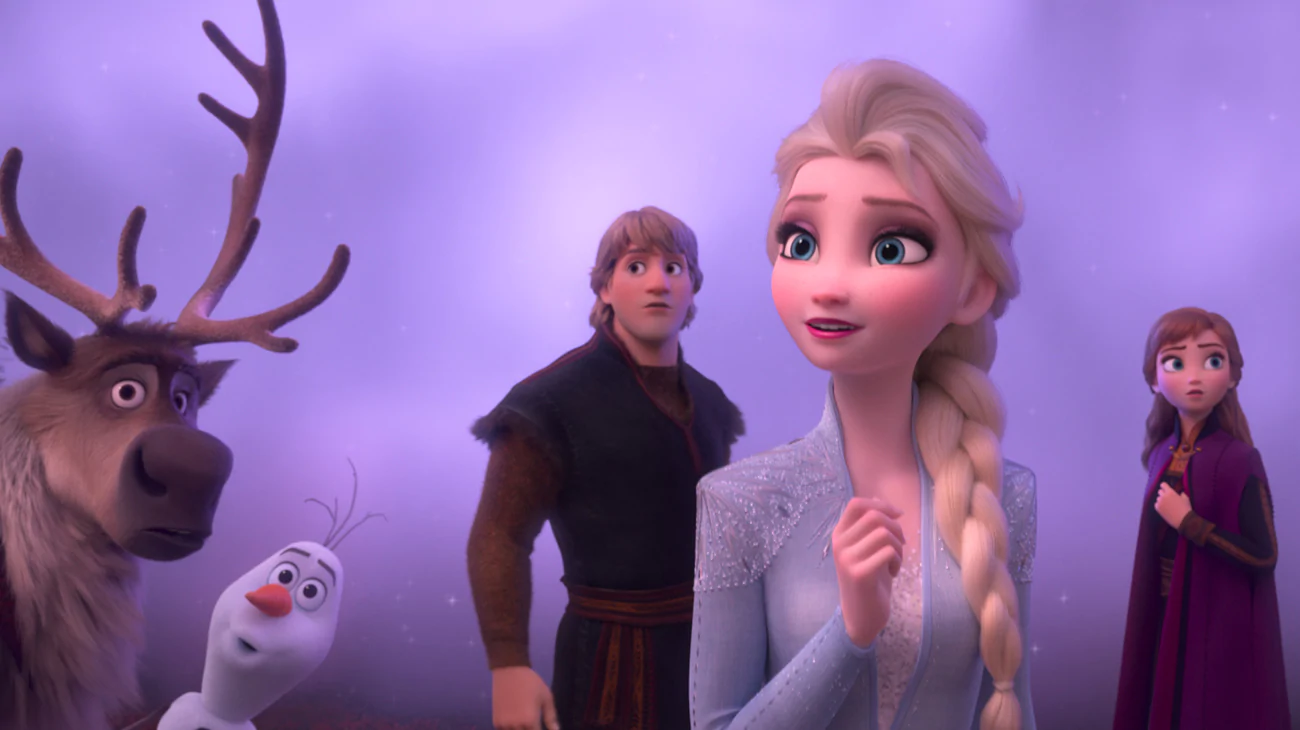 Six years after the original film, “Frozen II” dives into a beautiful unknown.

Directed by Jennifer Lee and Chris Buck, Disney’s latest venture back into the “Frozen” franchise proved to be visually stunning and mostly cinematically cohesive. The sequel, released Friday, demonstrates Disney’s ability to balance dynamic storytelling with its evolution to a darker tone. Elsa (Idina Menzel) and Anna (Kristen Bell) remain at the center of the film’s plot but with an added storyline diving into their parent’s past – revealing a new kingdom that was sorely missed the first time around. The resulting journey is one that will capture imaginations of all audiences, despite the small plot devices causing a couple bumps along the road.

The opening sequence kicks off three years after the previous film and is filled with Easter eggs nodding to time that has passed since the predecessor of “Frozen II.” Olaf (Josh Gad) himself leads the film into its first song, “Some Things Never Change,” where he directly informs the audience they’ve grown a little older. It’s a heartwarming and hilarious welcome back but also a reminder that despite the hiatus, Disney still knows how to work its musical magic.

With each song, the piece draws from the motifs that first debuted in “Frozen.” As Elsa belts out “Show Yourself,” the instrumental of “Let It Go” underlies its chorus, and the introductory indigenous Scandinavian piece of “Frozen” carries over into the sequel as well. These familiar notes provide chances for Idina Menzel not only to showcase her extraordinary vocal range but also to ease audiences into an unfamiliar magical world.

“Frozen II” leans into new realms with darker atmospheres as the sisters journey north to the Dark Sea and the Enchanted Forest, home of the Northuldra people. The Disney brand that caters to family content still lies at its core, but unlike most movies in the Disney princess franchise, the enemy of the film is not tangible. Instead, Elsa and Anna are tackling the consequences of their family’s past while Elsa herself is confronted by her own need to grow into her powers.

It’s no easy feat to make these villains coherent for a young audience, but they are made digestible through outstanding animation. After all, an understanding of the history of the Kingdom of Arendelle lies in the film’s flashbacks, which were made all the more inviting with attention focused on capturing everything from the smallest strand of hair to the largest ripple of the ocean.

Aside from world-building though, the intricate development of new characters and lands is exhilarating as well. Honeymaren (Rachel Matthews), a woman of the Northuldra tribe, is instantly lovable, demonstrating her own quiet strength as she befriends Elsa and company. Of course, it also wouldn’t be a Disney film without the introduction of an adorable new friend as well. Bruni, a fire spirit taking the form of a salamander, has little dialogue but is sure to appear as a favored stuffed animal soon enough.

But introducing new characters and storylines in a preexisting franchise also comes with a couple plot holes. Undivided attention on Elsa’s character arc comes at the cost of Kristoff’s (Jonathan Groff) own involvement in the film. Known to connect with reindeer better than people, Groff’s character is reduced to a surface-level obstacle as he runs around the Enchanted Forest trying to propose to Anna for the entire film. And despite being given an entertaining song, “Lost in the Woods” is an oddly self-aware musical piece that services a more millennial audience with Kristoff superimpositioned onto singing reindeer.

However, it’s the other moments in the film that actually manage to break the suspension of disbelief, even momentarily. As Elsa and Anna run off to save Arendelle, they leave the protection of their people to Pabbie (Ciarán Hinds), the magical troll of the first film. The choice, albeit strange, is paltry in comparison to the fact that the movie’s climax and threat is resolved in a matter of seconds with zero impact.

However, these bumps in the road failed to deter the film’s overall journey. “Frozen II” weaves in a logical explanation for all the questions left unanswered at the end of the first film. In fact, it’s Elsa’s acceptance of the origins of her power and the revelation of who her parents were that magnifies the impact of her dress-change halfway through the film.

Therefore, it is her growth as a character and as a woman that provides the throughline for the film. And even though her relationship with Anna remains at the core of who she is, her choice for independence is equally as empowering as the love between sisters. In the end, the film finds a delicate harmony between appealing to children and developing abstract inner conflicts.

The dark, alluring adventure “Into the Unknown” no doubt takes audiences into the best Disney princess sequel to date. 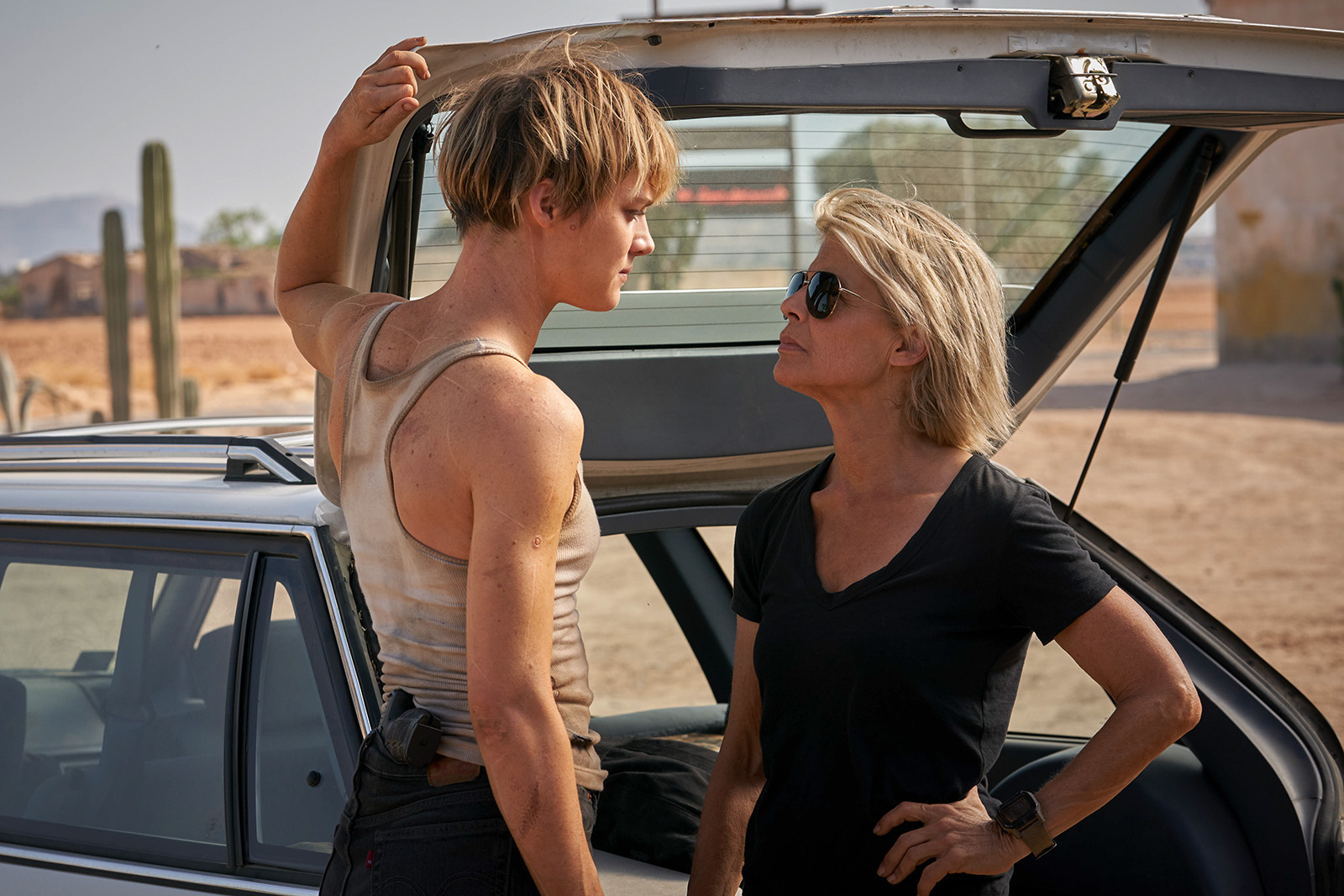