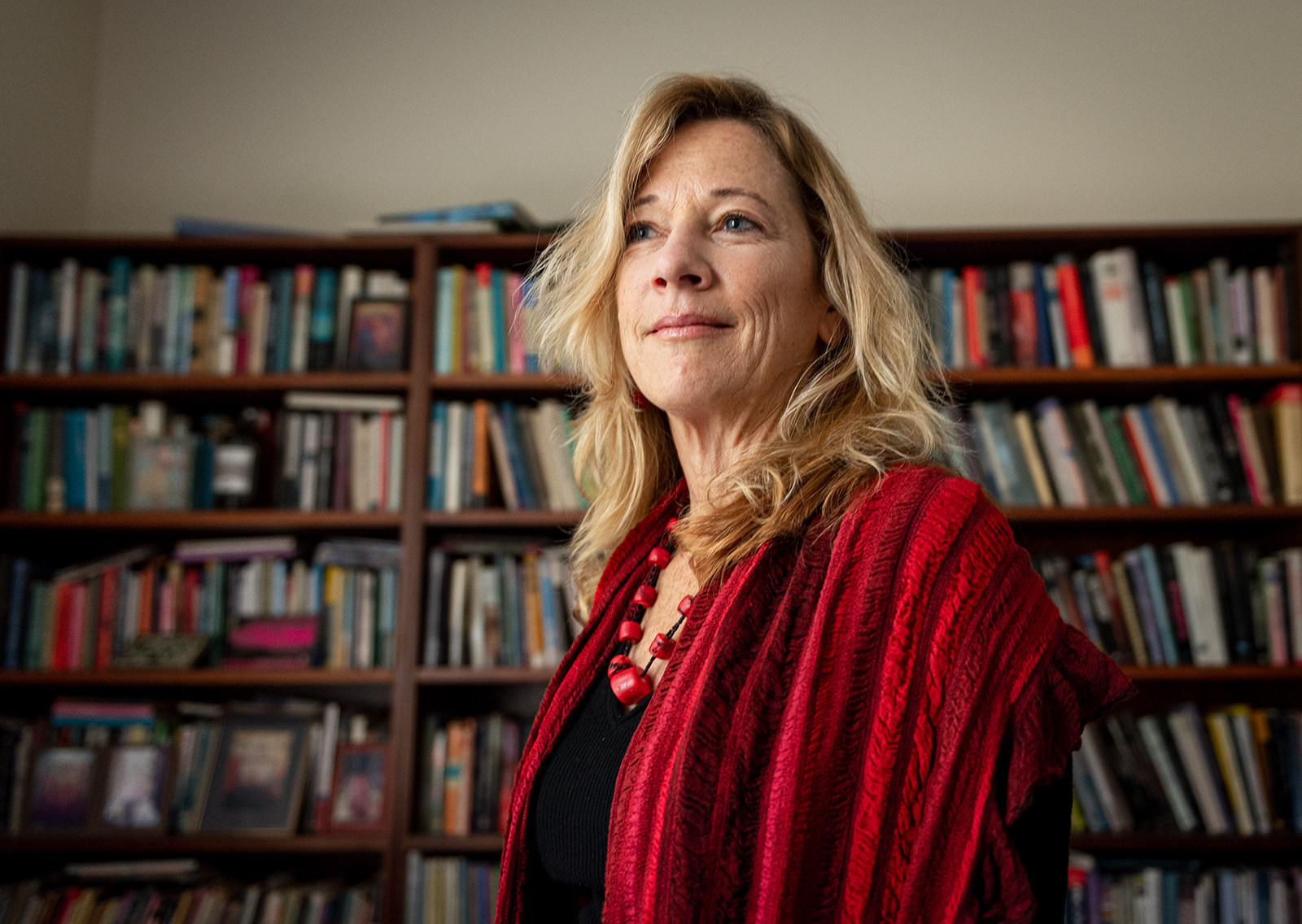 English professor Elizabeth DeLoughrey will discuss her book “Allegories of the Anthropocene” in Kaplan Hall on Nov. 21. The book highlights allegories as a tool to comprehend the enormity of the climate change crisis by decreasing the scale in consideration. The book aims to unravel post-colonial issues through the lens of art. (Kanishka Mehra/Assistant Photo editor)

"Allegories of the Anthropocene"

The rising sea levels have affected thousands of people, yet little is heard from them.

But postcolonial populations – particularly those in the Caribbean and Pacific Islands – are being most directly affected by climate change. As a result, they are making art to grapple with their changing environment, said Elizabeth DeLoughrey, an English professor and author. On Thursday in Kaplan Hall, professors will elaborate on these artworks in a book talk about DeLoughrey’s book “Allegories of the Anthropocene.”

An understanding of the term “postcolonial” is important, said Jenny Sharpe, a professor of English who will participate in the book talk. It does not indicate that colonialism is over, she said, but rather refers to how it still exists in different forms. The book highlights allegories as a tool to comprehend the enormity of the climate change crisis by decreasing the scale in consideration, Sharpe said. DeLoughrey said her book tries to unravel these postcolonial histories while simultaneously covering the writers and artists who engaged with those histories.

“In order to tell a story about something as immense as our planet, we need to rely on allegory,” DeLoughrey said. “When we think about the whole enormity of the planet we can’t really get our head around how extensive a system it is or how complex it is, … so what we do is we use smaller scale figures to understand the whole.”

One such allegory is the symbol of the island as the world, DeLoughrey said. Many of the characteristics of an island can be applied to the whole world, particularly when trying to contemplate climate change, she said.

In her book, DeLoughrey also argues there is a trend in the Western world to present allegories that liken colonized areas as subject to colonizing nations, Sharpe said. DeLoughrey presents a counterallegory created by postcolonial peoples through the art and literature of Caribbean and Pacific Islands that oppose the colonial allegories in Western fiction and nonfiction, Sharpe said.

“They are also producing their own kind of allegorical representations that are rooted in their own cultures, and her argument is that we have to pay attention to the stories that they are telling, not just the ones that (Western people) tell,” Sharpe said.

DeLoughrey said one way to ensure these voices are heard is to present them in a visual way, such as the work of Dominican artist Tony Capellán. He collected waste that washed up onto the beach in the Dominican Republic and put it on display in museums as an invocation of the sea.

Sharpe said that in order to capture the Western audiences’ attention, artistic statements must be dramatic. The drama of art such as Capellán’s makes the story more transportable to the West, so they can understand these histories and their current implications, she said.

Another one of Capellán’s works is a collection of flip-flops – apparel usually associated with islands – that are embedded with barbed wire. DeLoughrey said Capellán displays how military regimes and national policies in postcolonial societies can prevent people from moving across the sea, providing commentary on the current immigration crisis. The piece is featured on the book’s cover, and she said she decided that all profits from the book would be donated to The Refugee and Immigrant Center for Education and Legal Services, a nonprofit dedicated to immigration services.

It is important for such artworks to act as a way to include postcolonial populations into the wider conversation on climate change, said Robin Derby, a Latin American history professor who will participate in the book talk. While there is much debate and dialogue on climate change, often those most affected by it are not included in the conversation, Derby said.

“It’s a dialogue, and … a big part of her message is that we need to dialogue about these topics, like we can’t just sit at the UN and come up with some kind of solution,” Derby said. “We need to bring the poor and excluded into that conversation.”

Sharpe said the Western world does not pay attention to the issues facing the island nations in the Caribbean and Pacific Islands because it does not directly impact much of the Western world. However, it is politically important to notice what such artworks represent, Derby said. She said dialogues surrounding climate change must include those who are directly experiencing the impacts of climate change.

“It’s politically very important to hear the voices of those folks on the grass who are experiencing rising sea levels,” Derby said. “They’re really at the forefront of climate change and yet they … didn’t cause it and they don’t want to be moved.”

Along with their political importance, the artworks, such as poet Kathy Jetñil-Kijiner’s poem written as a letter to her baby, also appeal to people’s emotions, DeLoughrey said. By talking about the human experience of climate change, Jetñil-Kijiner shows how the arts in general can present a moving way to understand the crisis.

“This is where some of the most poignant work is coming out of,” DeLoughrey said. “The people who are at the forefront of these histories of colonialism, but also the catastrophe of climate change.” 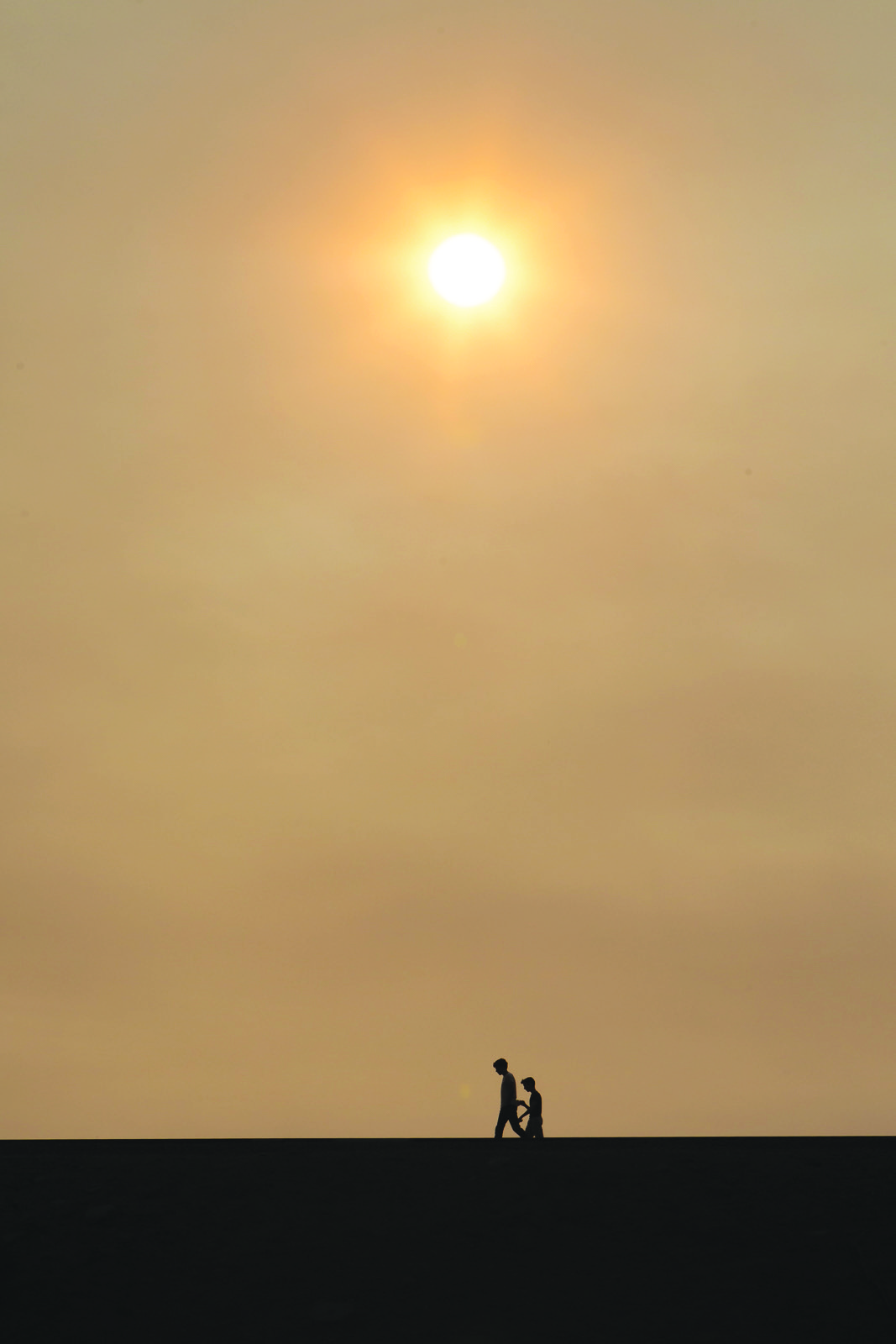 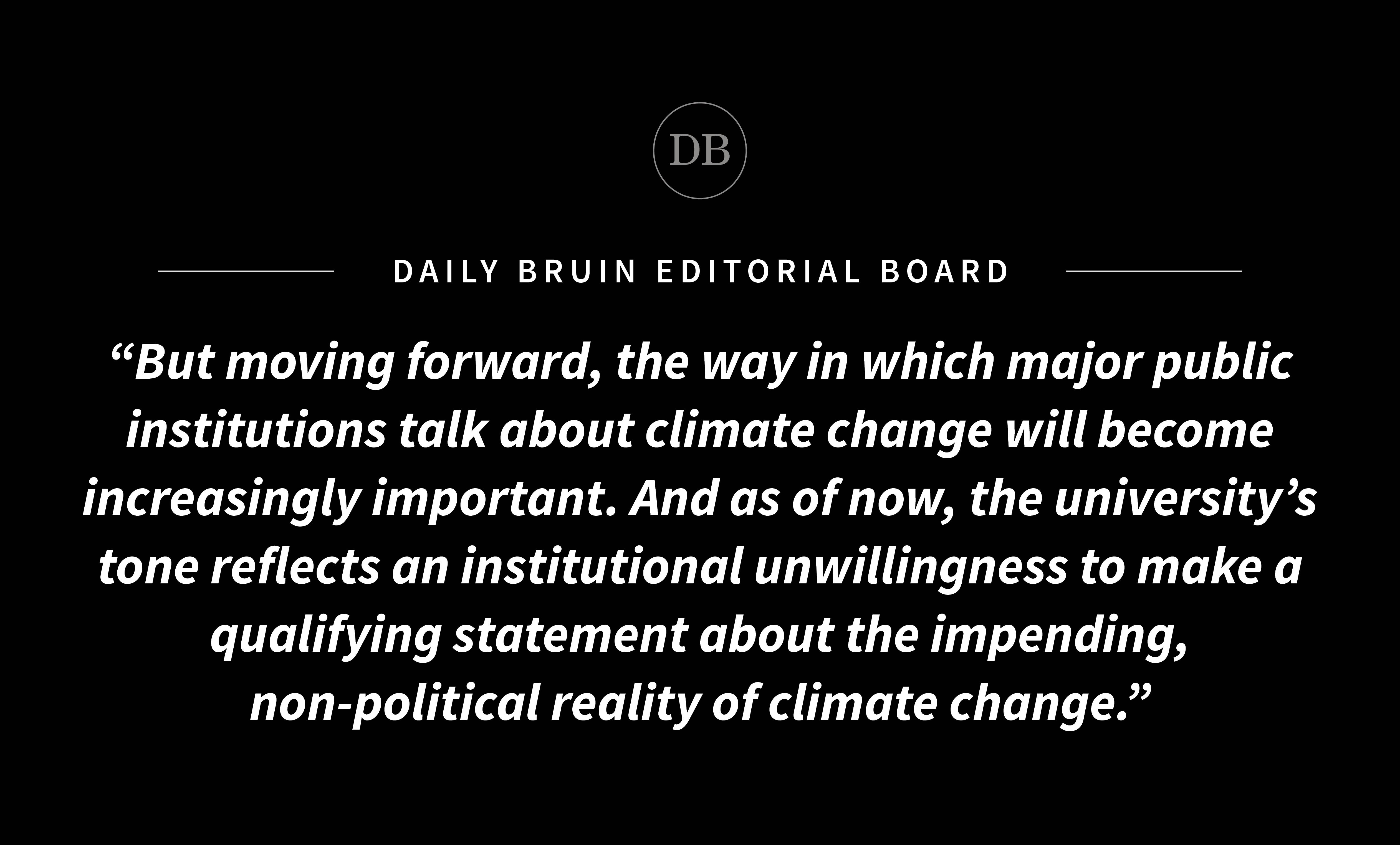